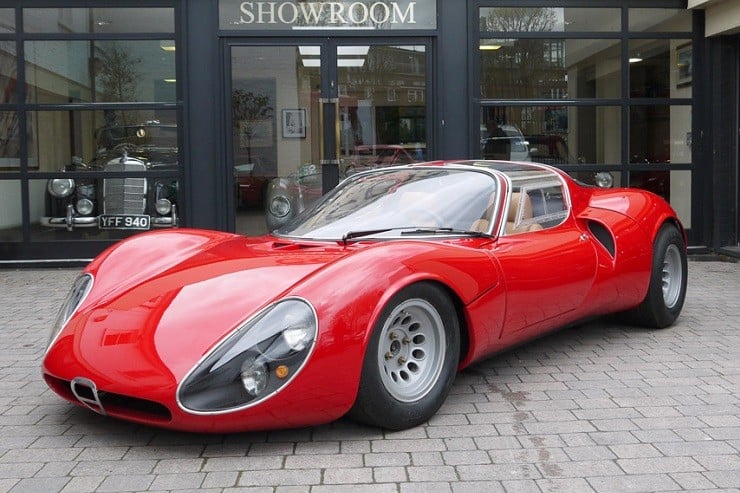 One of the rarest, most beautiful cars in the world can now be yours for around $10 million dollars. This 1967 Alfa Romeo Tipo 33 Stradale Continuation ($Auction) is one of only 18 examples ever produced, and also the first production vehicle to sport butterfly doors – a feature that was copied by the McLaren F1 many years later.

The street legal supercar has an aluminium body on aluminium tubular chassis, and it’s powered by a 230 bhp 2-litre V8 aluminum engine with twin overhead camshafts and SPICA fuel injection, coupled to a Colotti six gear transmission.  Suspension is by double wishbones, Girling disc brakes provide the stopping power, while the cast-aluminium Campagnolo wheels add a nice finishing touch to the red stunner.  With contemporaries like the Lamborghini Miura, the De Tomaso Mangusta, or Ferrari Dino, the 33 Stradale belongs to a highly exclusive group of supercars, and it sure looks like a ton of fun to drive.   [via] 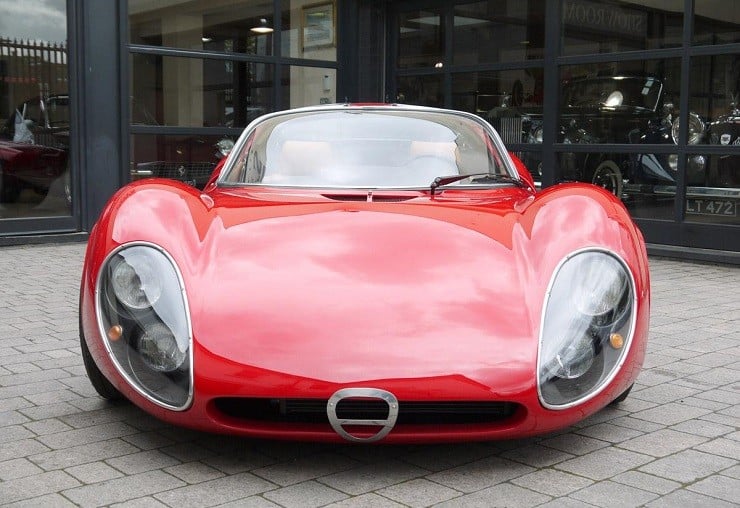 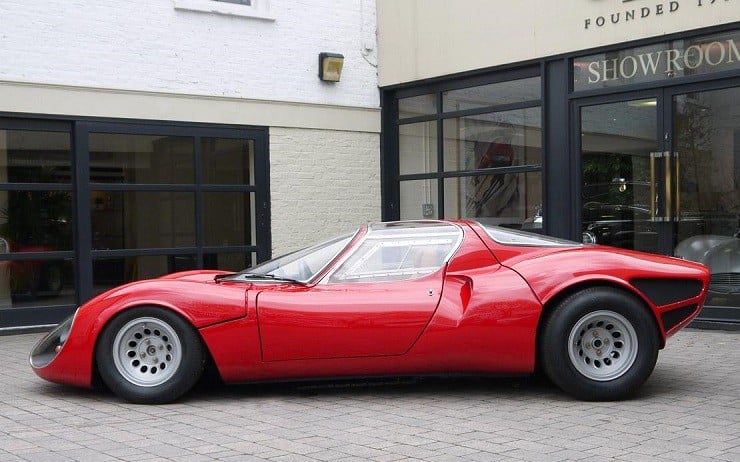 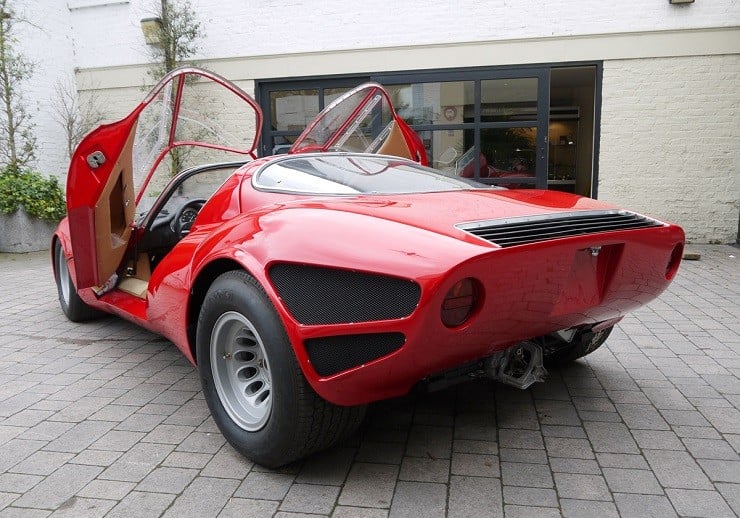 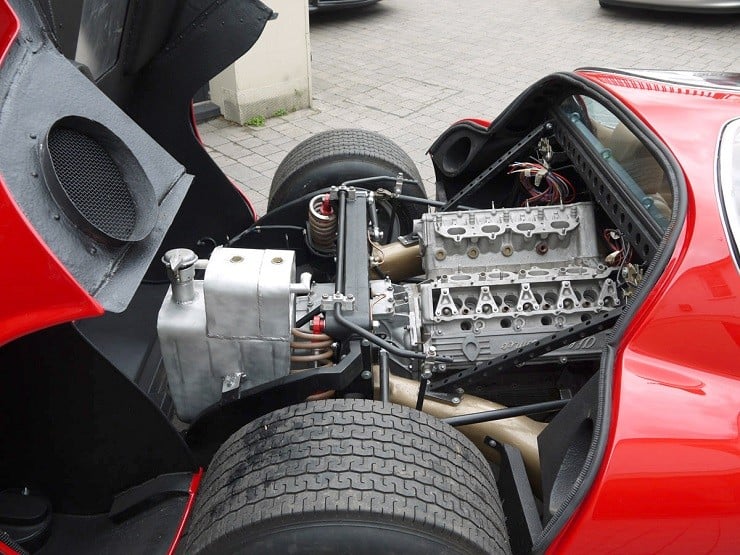 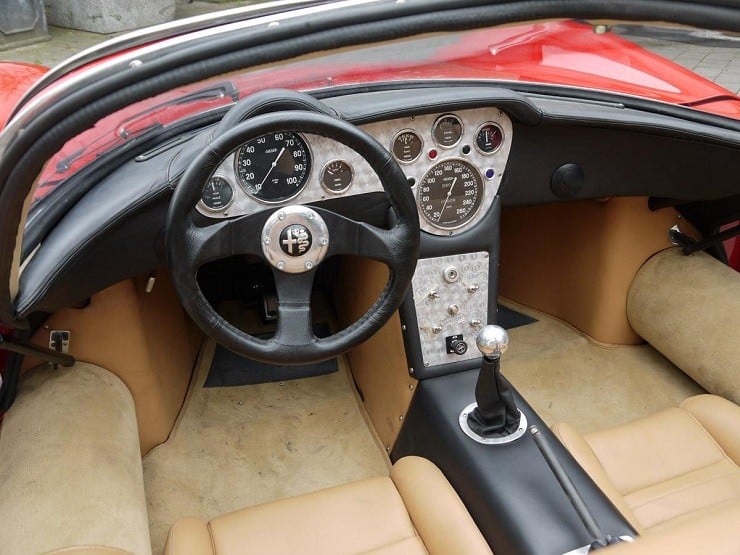 To ensure that the INKAS Lincoln Navigator L continues to operate even when under fire, all crucial components are properly armored

One look at the 2021 Chevrolet Silverado HD Carhartt Special Edition shows how two companies properly band together for a collaboration project.

The Hennessey GT500 Venom 1200 is a monster machine that you don't want to race against unless you want to see 1,200 horsepower in action.