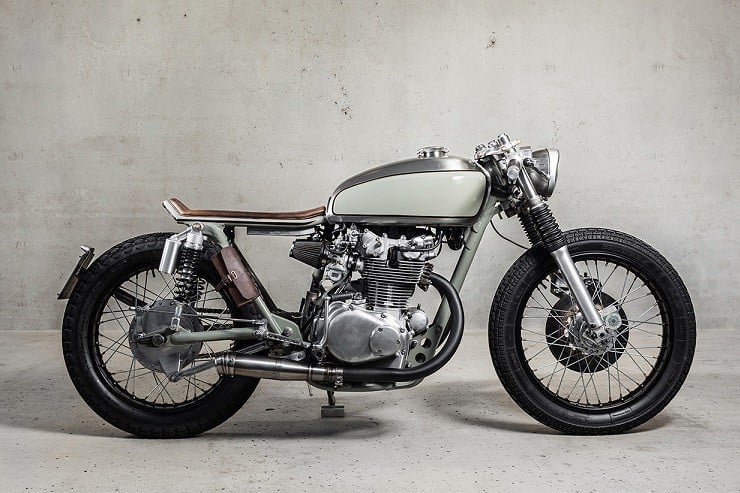 Founded just a year ago, Austrain Vagabund Moto (formed by two guys with a passion for vintage motorcycles) is starting to get appreciated for its superb, minimalist bikes, that aren’t just display pieces – they also perform impeccably. Case in point, the Honda CB450 K5 Cafe Racer – a ride that would surely put a large smile upon our faces anytime we’d take it for a spin.

Following their signature work style, the Vagabunds stripped down to the basics a 1972 Honda CB450 K, then they added a few bits here and there to update aesthetics, performance and usability. We’re talking about the rear kicked loop with incorporated LED lights, a wheel-hugging number plate mount that doubles as a (tiny) fender, brushed alloy RFY piggyback shocks, custom made clip ons with CNC milled grips wrapped in brown leather, plus bar end indicators and a simple ‘motoscope’ dial by Motogadget. The exhaust was custom-made, engine has been improved by the addition of new Mikuni carburettors and K&N pod style filters, and the wiring, battery & fuses have been tucked-away, so that the engine can be admired in all of its greatness.

Complete with a minimalist leather tool pouch, Vagabund’s CB450 is finished in an industrial moss-green paint scheme, with raw alloy & brass details. If we had to describe this bike in one word, that would be…Exquisite! via 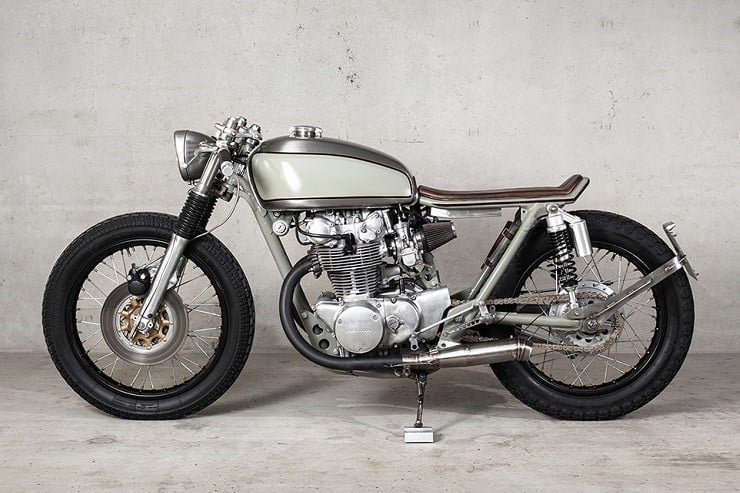 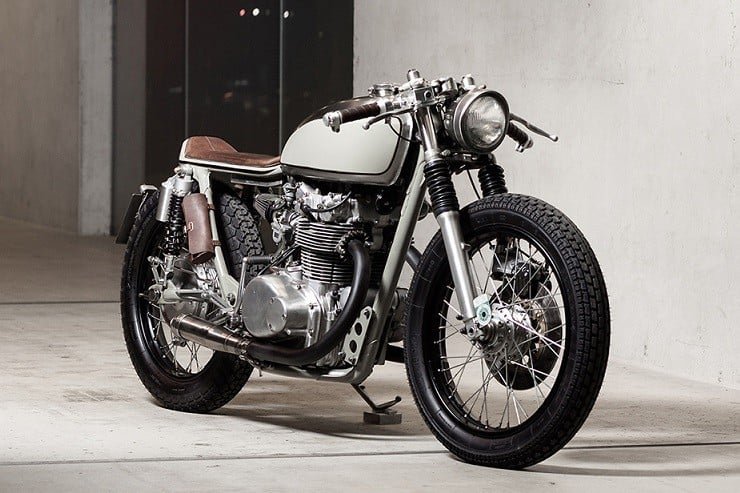 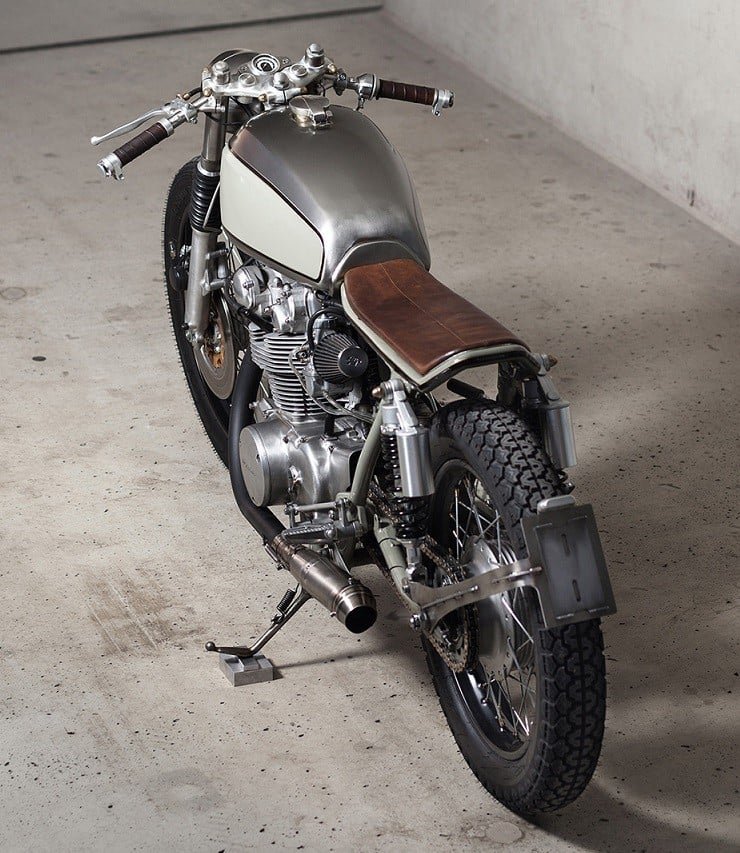 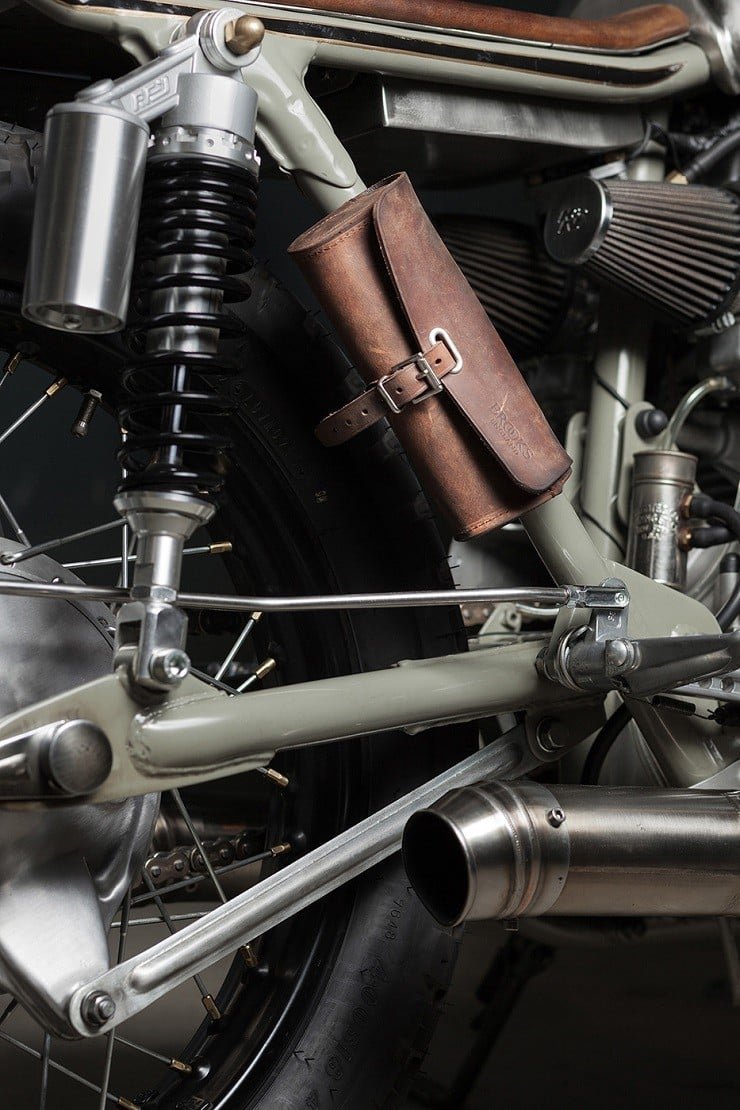 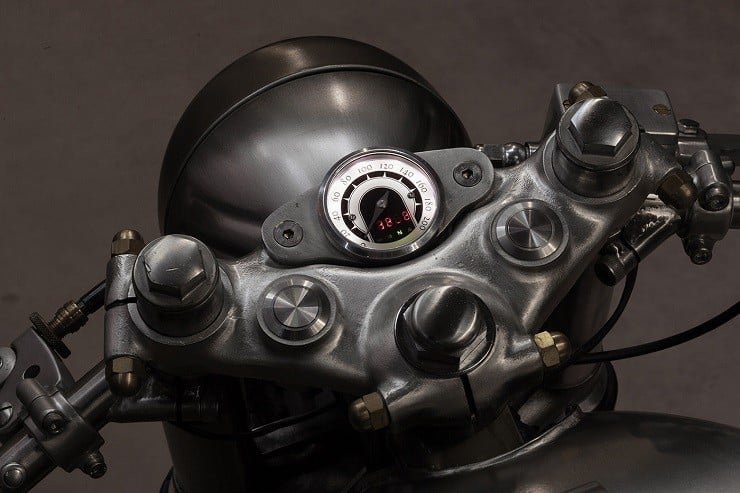 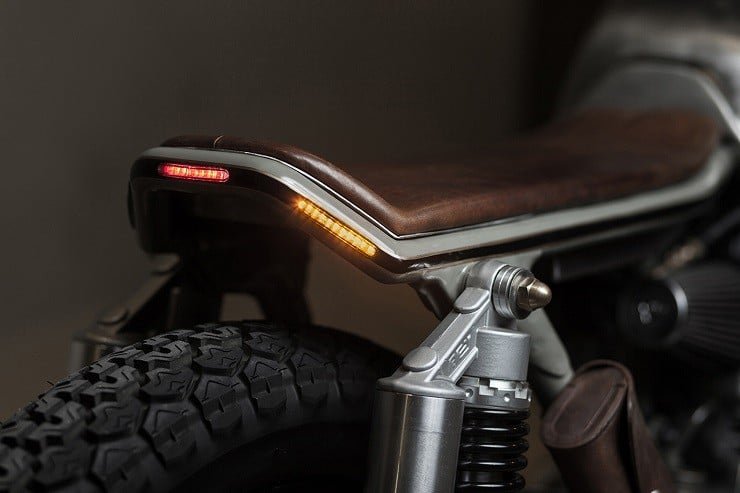 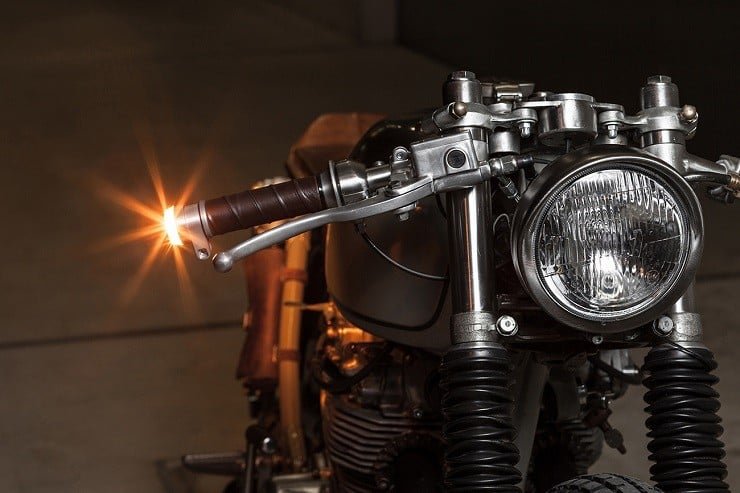 True to its rally roots, the Hunter rides on a double-wishbone suspension with two dampers on each wheel and packs even more power.