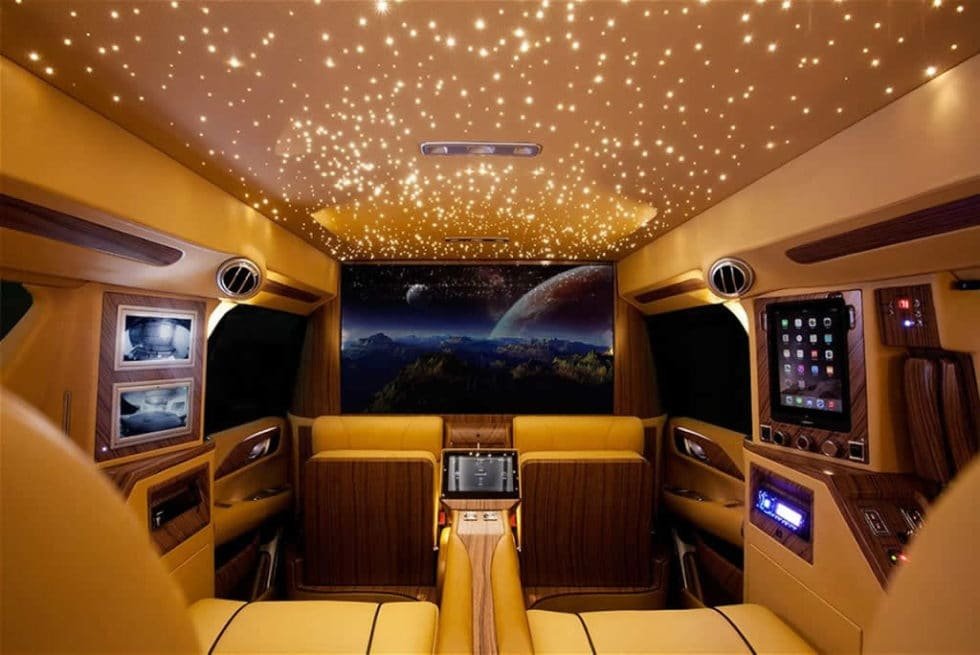 Specializing in building “the most luxurious executive vehicles in the world”, Lexani Motorcars is a California-based automotive conversion company with a passion for refinement and excellence. One of their most spectacular projects is the 2016 Cadillac Escalade Viceroy Edition, which is packed full of extravagant features and top-of-the-line amenities. 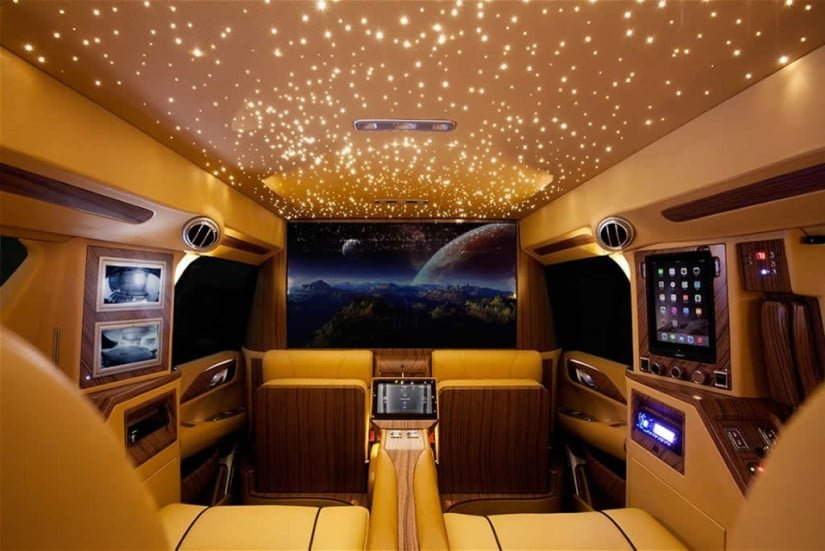 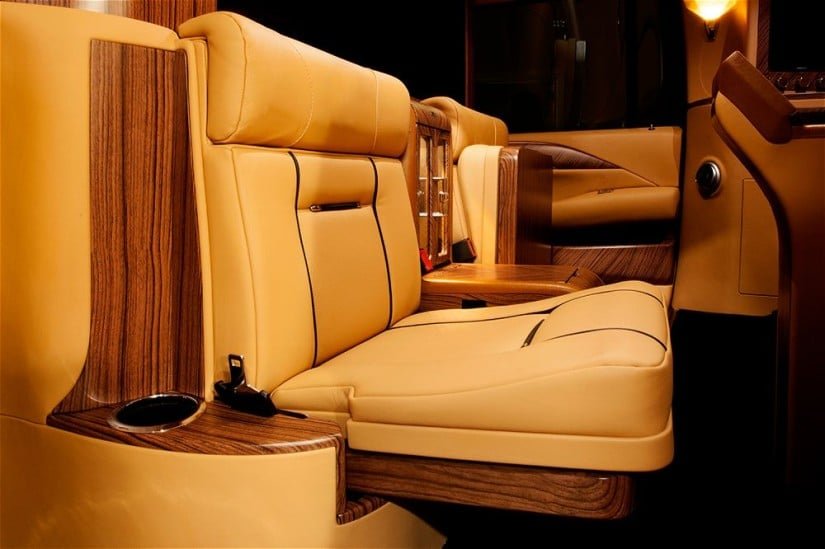 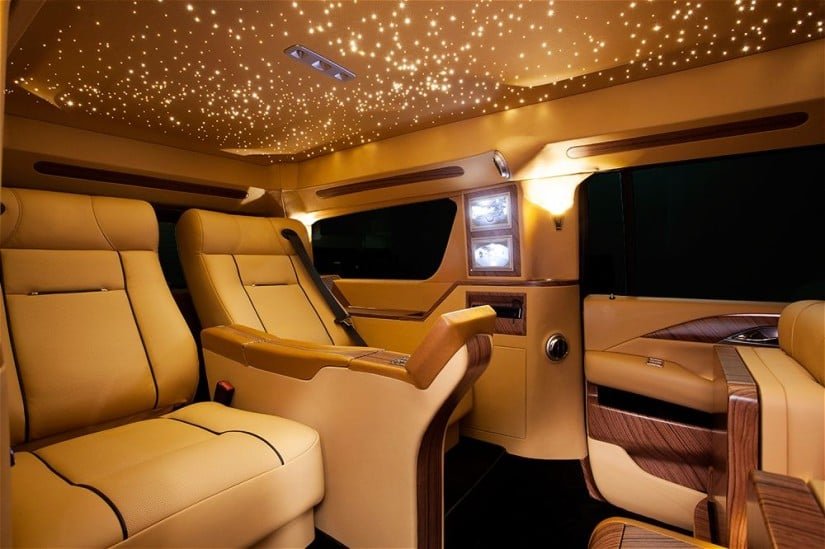 The six-way power chairs with airline-style tables, the Apple iPad Air II, and the Control4 touch screen management system, though impressive are actually far from being the highlights of the conversion. What’s truly breathtaking is the 48-inch Samsung 4k curved Smart TV that is seamlessly incorporated into the car partition. Or maybe it’s the superb LED-studded raised ceiling which creates a dreamy ambiance for the rear passengers.

Other luxury upgrades include security cameras and monitor, TracVision Satellite, a Mac Mini computer, an iPad Air II, video conferencing capabilities and more. The options list is even more generous, allowing owners to fully customize their prized Viceroy Edition Escalade according to their unique tastes. 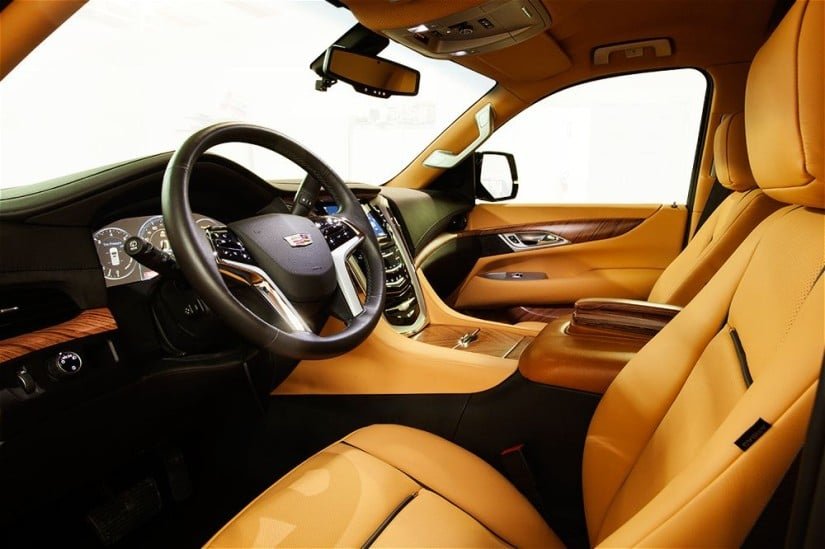 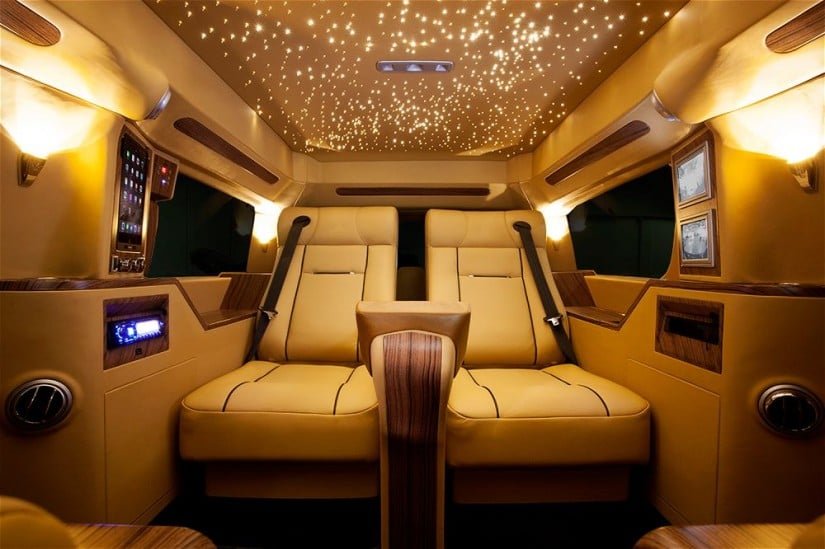