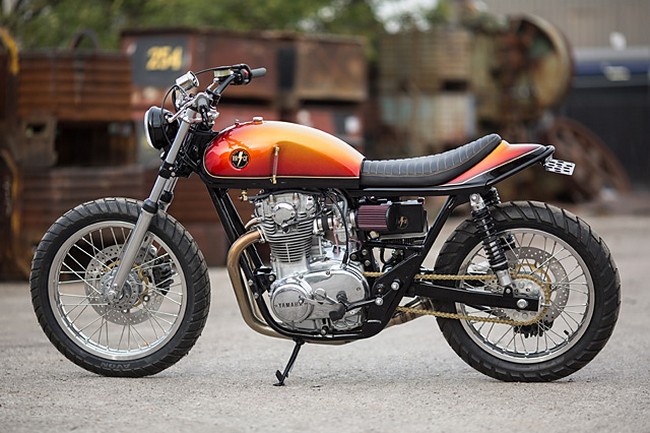 The Rattler by River Rat Cycles 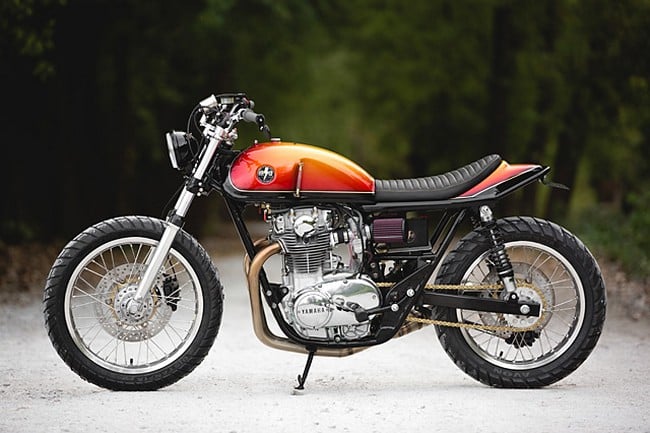 The venerable Yamaha XS650, with its classic parallel-twin engine and natural good looks, is one of the most popular models on the custom scene, but few builds have such a fine presence as The Rattler by River Rat Cycles.

Based on a 1977 model, the bike can now be described as a combination of tracker and café racer, with street fighter styling cues in between.  The builders stripped everything off the bike and started with the skeleton, to which they added a raised rear subframe with a Woods Rotax seat pan covered in a raw-stitched black leather, for some real flat track authenticity. The tank was replaced with a salvaged Benneli and then covered in a splendid sunburst paint, providing a look identical to that of the greatest guitar ever made – Gibson Les Paul.

Other modifications include a rebuilt stock motor (raised from 635cc up to 700cc), the addition of a 2 into 1 stainless steel exhaust system, polished hubs with spoke laced rims, Avon Distanzia rubber, upgraded suspension&brakes, and a single Koso speedo for an uncluttered front end.  The result is a clean, race looking bike that also works on the street, and which represents how motorcycling should be: beautiful machines you just want to ride!   via 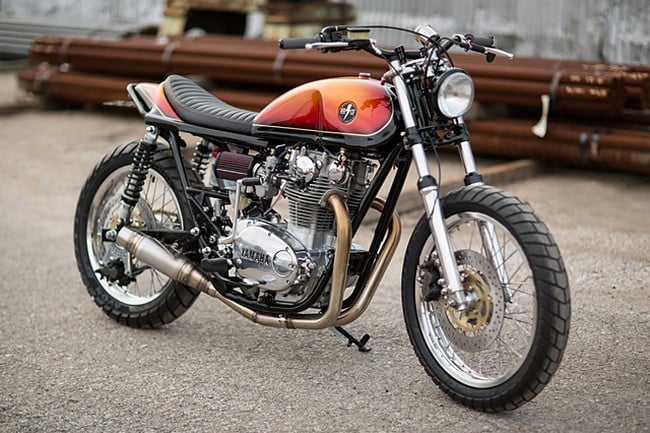 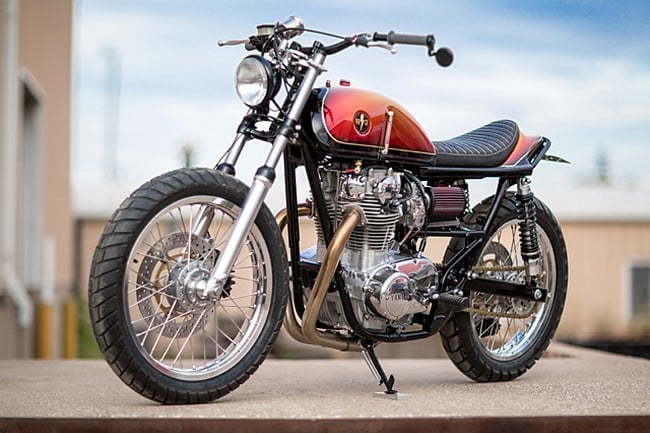 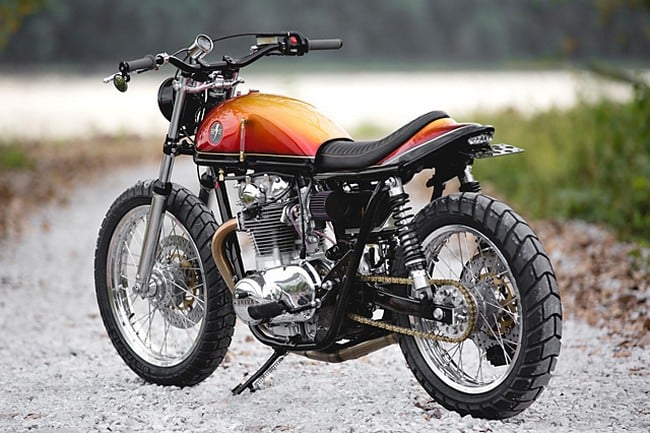 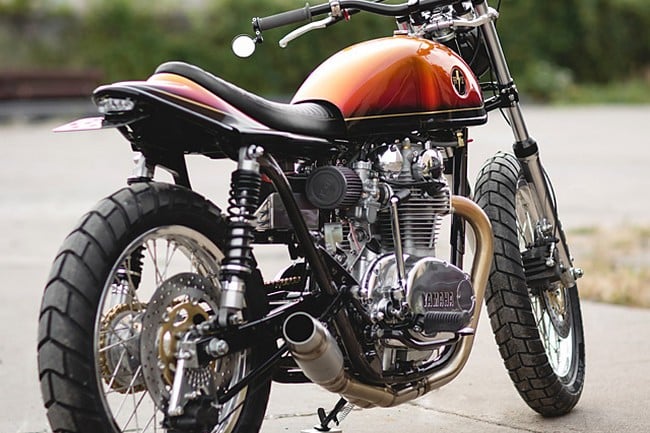 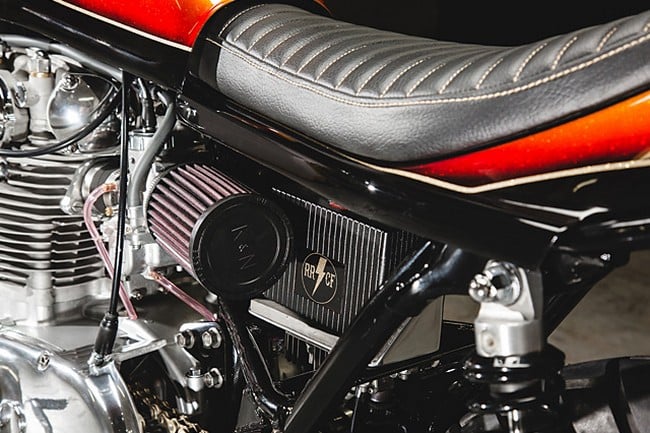 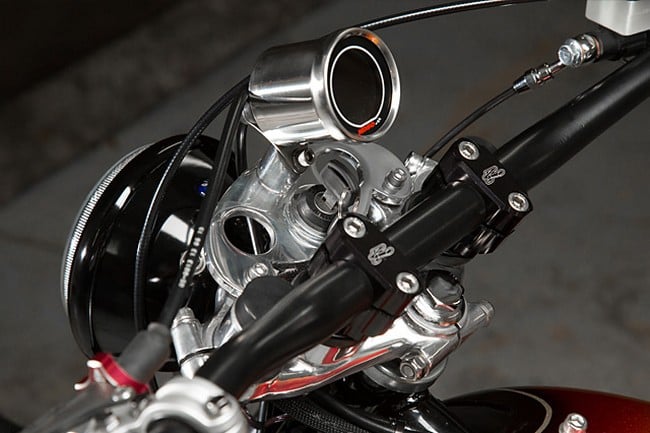 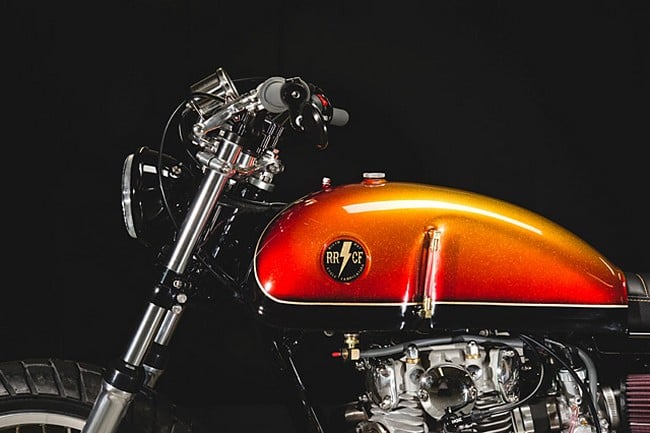 The 2020 Lexus LC 500 Inspiration Series Car is a limited release with only 100 examples of this sleek coupe in Nori Green colorway on offer.

When four wheels are still not enough, you might as well get the Hennessey Goliath 6x6 pickup truck to get the job done.

For those attending the 2019 RM Sotheby's Monterey auction in August, keep a close watch for the 1955 Ferrari 375 MM Coupe Speciale By Ghia.

This Porsche 911 Turbo prototype shouldn’t exist, and yet here we are.