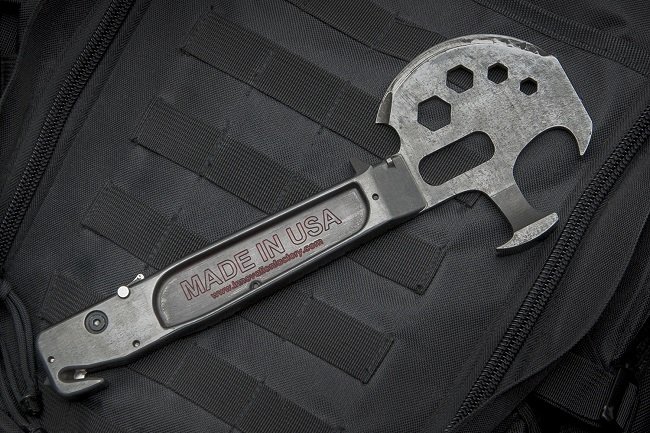 Even though some might argue, the stuff that we see on “The Walking Dead” is very unlikely to happen. However, it doesn’t hurt to be prepared… With that in mind, let us recommend the Lil’ Trucker Multi-Tool ($20.00), one of the meanest weapons we’ve ever come across.

Made by Philadelphia-based Innovation Factory, out of hardened 1055 carbon steel with polymer scales, the Lil’ Trucker is designed by firefighters to get serious jobs done and to last a lifetime. It features multiple sizes hex wrenches, a pry, hammer with nail puller&wire twist functions, spanner, gas shut-off wrench, seat belt cutter, glass breaker, folding saw, can opener, and a hatchet blade. This is pretty much the ultimate multi-tool that every rugged outdoorsman would want to carry with them.

To get the Lil’ Trucker made, Innovation Factory will be launching a Kickstarter campaign on May 6th 2015 and, to help promote this new project, they’ve created a short film (watch below) demonstrating the tool’s versatile uses within a zombie apocalypse. Amongst the terror and gore of this fictional world, the Lil’ Trucker holds its own as an essential instrument of survival, endurance, and zombie ass-kicking. 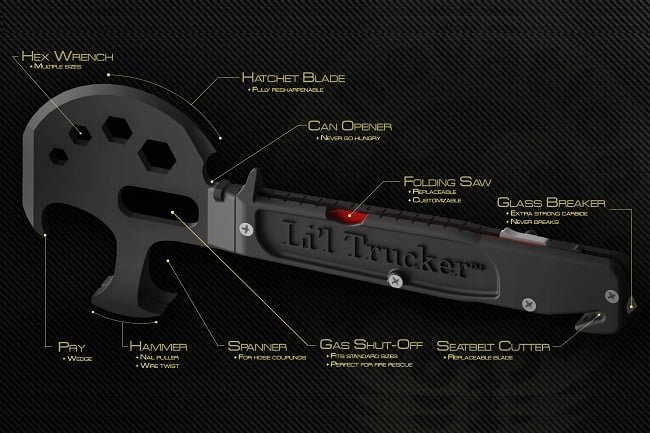 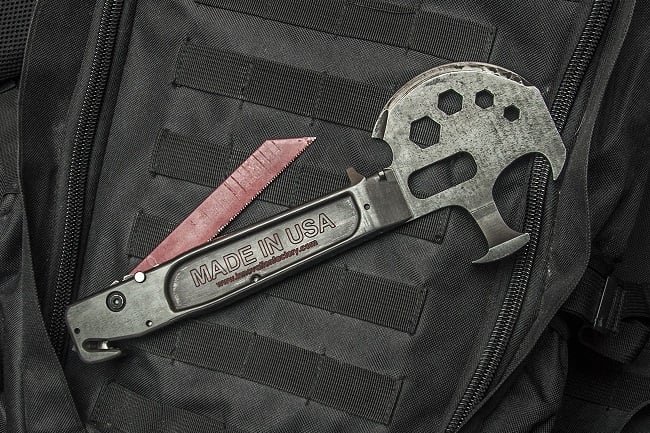 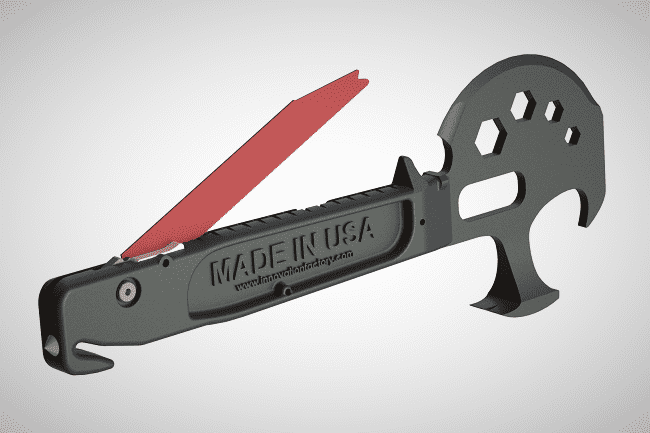