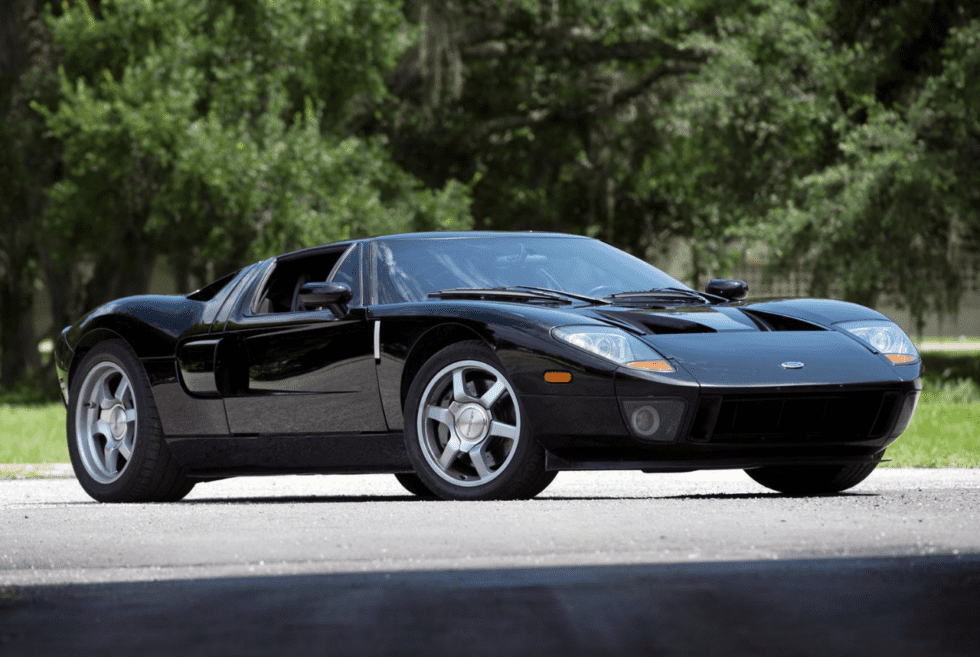 As an automotive geek, you probably recognize Ford for its iconic pony cars. Vintage models often become prized collector items—especially those few that received the Carol; Shelby treatment. Nevertheless, we often neglect to appreciate other models that are part of the lineup. Therefore, to hopefully correct that mistake, let’s take a closer look at the company’s supercar range. To make it even more special, let’s direct our attention at this sexy 2004 Ford GT Confirmation Prototype CP4 that’s being offered by Worldwide Auctioneers.

As the name indicates, the mid-engine two-seater is one of four that exists from the carmaker. This rare ebony-clad beauty is reportedly the fourth one to roll out of the factory. We personally prefer to see this supercar coated in Ford’s memorable powder blue and orange racing livery, yet, it does look elegant dressed in glossy black.

According to the auction house, this particular unit is the only prototype that’s not electronically-limited to 15 mph and is road legal. The engineers were only using it to test handling, steering, as well as the climate control. Therefore, you can be sure that it will be highly-coveted by collectors worldwide. For comparison, one of the speed-limited prototypes even sold for $750,000 at an auction.