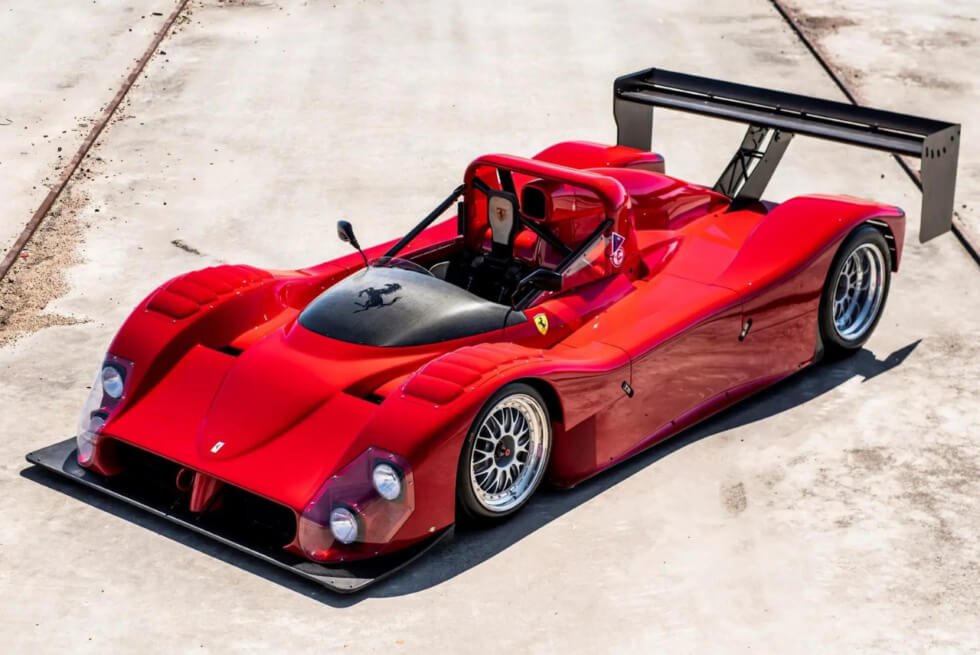 Hardcore Ferrari fans are in for a treat as RM Sotheby’s offers a rare prototype. We’re still reeling from the establishment’s recent private event which saw the sale of a 1-of-2 1955 Mercedes-Benz 300 SLR Uhlenhaut Coupe for $142 million. Its latest lot, however, is equally just as remarkable. This is a 1999 333 SP race car.

Instead of the usual practice wherein, street-legal models are repackaged for the tracks, this is distinctly engineered for motorsports. This Ferrari 1999 333 SP is up for private sale. As of this writing, collectors are probably scrambling for their checkbooks for a chance to own this crimson racer.

It is one of only 41 from the Prancing Pony to compete in prestigious races. RM Sotheby’s highlights its victories such as the 1998 24 Hours of Daytona and 1995/1997/1998 installments of the 12 Hours of Sebring. Its design is also a collaboration with Dallara and Michelotto.

Each delivered 14 and 26 examples respectively. Sources say only 27 units saw action in sanctioned events. Chassis number 032 flaunts comprehensive Evo upgrades courtesy of Michelotto, which is likewise responsible for its maintenance for a decade now. The 1999 Ferrari 333 SP runs on a 4-liter V12 that outputs around 641 horsepower.

It touts a carbon fiber monocoque chassis and is painted in Ferrari’s Rosso Corsa. It was first shipped to Japan, followed by a trip to Australia, then Canada before it finally changed hands in 2011 to its current owner. RM Sotheby’s notes the 1999 333 SP race car comes with service history documentation and Ferrari Classiche certification. You need to get in touch with the seller to find out how much it costs.