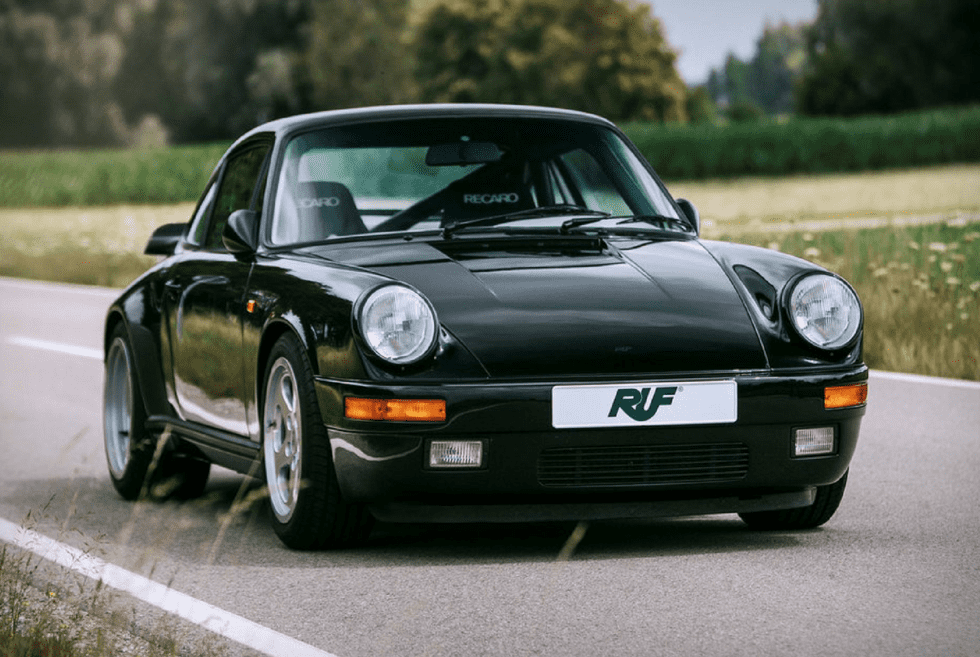 Feeling “RUF” isn’t going to mean running to the lavatory after a bit of a big night anymore. The 1989 RUF CTR Yellow Bird Coupe will have everyone feeling RUF. This outstanding piece of automobile craftsmanship will be on everyone’s million-dollar wish list.

This RUF isn’t only a purveyor to them enhanced Porsches. The company also receives genuine chassis of untouched Porsche 911s that are then reworked – earning RUF a sought-after title as an authentic manufacturer.

RUF used to be proud title holders of another impressive statistic too. Back in the late 90s, the impeccable RUF CTR could notch the highest speeds on the car market. Even pushing Lamborghini’s and Ferrari’s bets efforts out of the way. The CTR Yellow Bird flew past the lot of them without any other competition. Even Porsche’s 959 couldn’t keep up.

Why is it named the “Yellow Bird” we hear you ask? Well, that was the color the car was painted when it knocked the other fast cars off their podium during testing.

The CTR on show here is number 10 of 29 authentic Yellow Birds that has not been restored. With sinister paintwork and sleek grey interior complemented by some top-of-the-range Recaro seats, this CTR still has the capabilities to roll among the speed kings on the supercar market today!