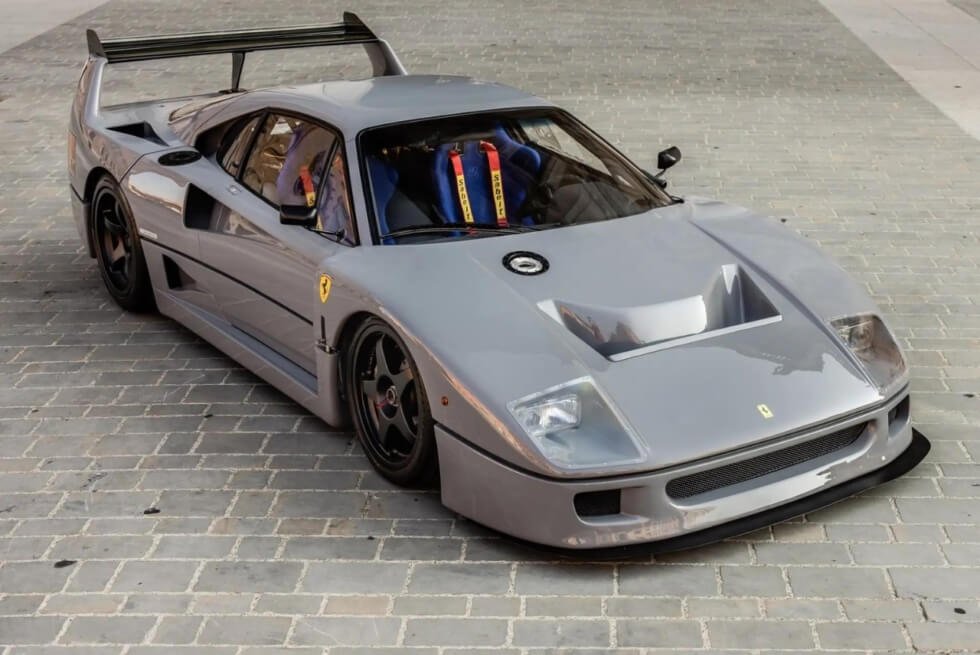 We already know that RM Sotheby’s is making a splash next week at the Monterey 2022 auctions with a stellar lineup of Ferrari vehicles. To hype up fans of the Prancing Horse, they unveil another lot dubbed as the “fastest” road-going model from the Italian marque. Collectors should watch out for this 1989 Ferrari F40 “Competizione” racer.

You should know that this is a one-off, which makes it even more desirable to the right bidder. Ferrari manufactured only 1,315 units of the F40 in the five years since its launch in 1987. The auction house says it is “undoubtedly the most iconic supercar of the 1980s, the Ferrari F40 was nothing short of a sensation when it was announced and remains a global icon to this day.”

What led to the creation of the 1989 Ferrari F40 “Competizione” is the demand for more race-ready builds of the supercar. Notably, those from Michelotto adhering to IMSA regulations were making a huge impact among motorsports fans. However, there were not enough examples for enthusiasts.

Hence what was originally a street-legal version of the vehicle receives comprehensive series of upgrades courtesy of Cavallino Racing. The conversion includes racing-grade shock absorbers from Intracks, new brakes, a Stack instrumentation system, and a yellow repaint. The 1989 Ferrari F40 “Competizione” stayed this way for some time.

Then, in 1995, another series of customizations from G-Tex included the engine. By this time, chassis 80782 was now producing more than 700 bhp. It then exchanged hands a couple more times and competed in multiple races. In the hands of the current owner, the 1989 Ferrari F40 “Competizione” welcomed a triple-layer Grigio Nardo paint job. Further tweaks note that can hit close to 1,000 bhp depending on the settings.