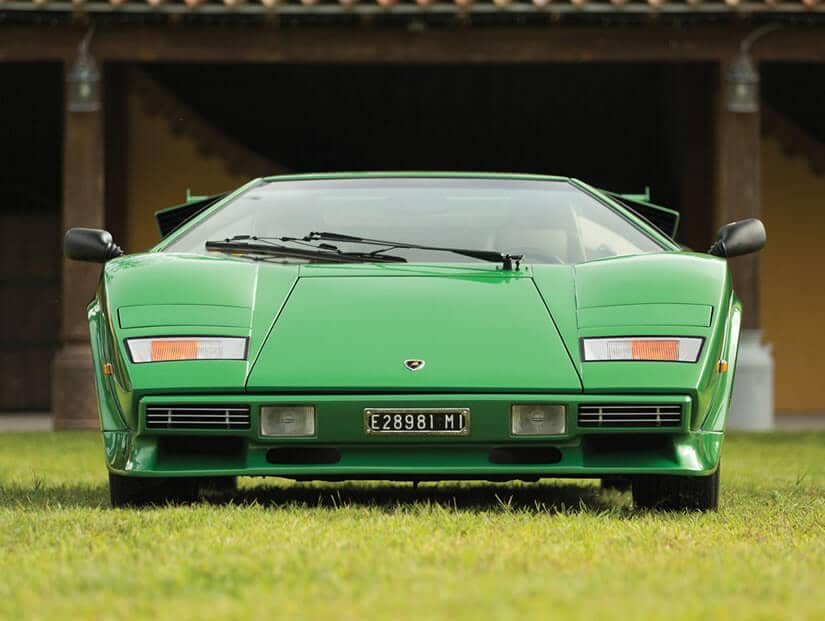 Worth over one million dollars, this stunning piece of automotive history is still powered by its original 365 bhp DOHC V-12 engine and shows only 3,784 miles on the odometer. It is a 1981 Lamborghini Countach LP400 S Series III, one of the finest restored Countaches still in existence.

The creative genius behind this beauty was Brooks Stevens, who designed the Lamborghini to be an excellent example of early “planned obsolescence”. The concept refers to items which are purposefully designed to be upgraded at certain intervals, thus rendering the older versions undesirable. Much like today’s Apple products or every new high fashion trend. 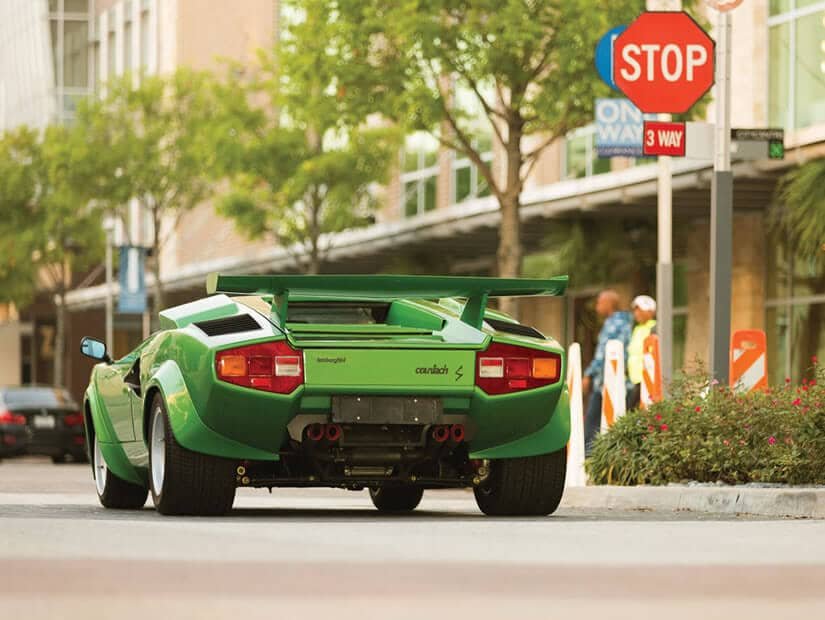 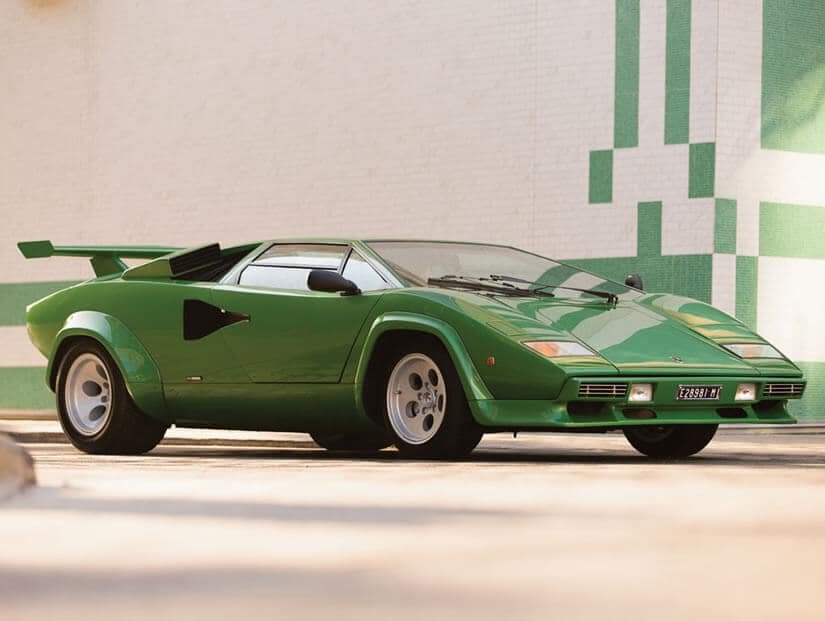 Chassis number 1121316 was the first customer-delivered Series III LP400 S and boasts a unique Verde Metallizzato exterior. Its second owner was a Saudi oil sheikh, who ordered a Khaki leather interior and green carpeting for his new toy. When it as eventually sold to his third owner, the car was sent for inspection to Lamborghini test driver and development engineer Valentino Balboni, whose complete report is sold with the car.

The Countach has been authentically restored to period-correct specifications by ex-factory artisans under the direction of the head of the automaker’s factory workshop. In a fateful chain of events, the supercar ended up being brought back to its original state by the same people who built it back in 1981. 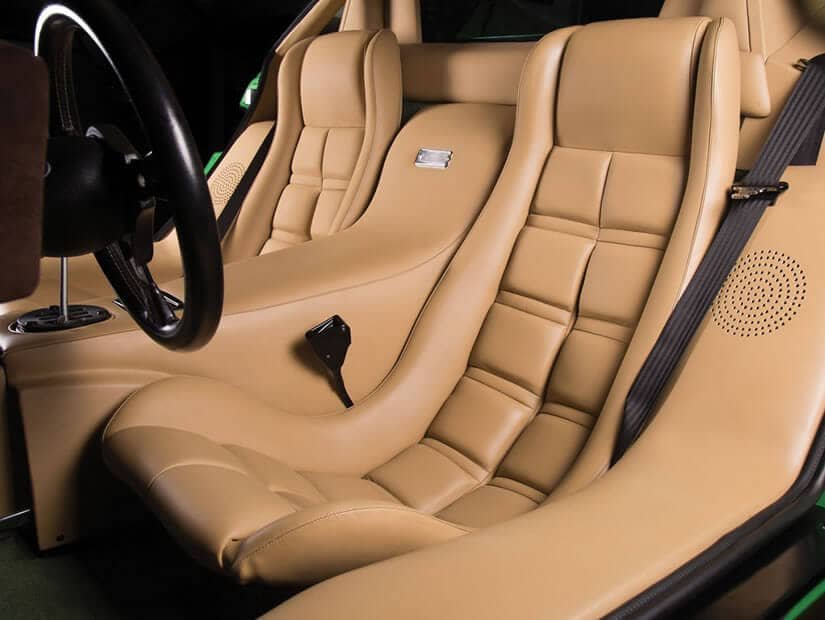 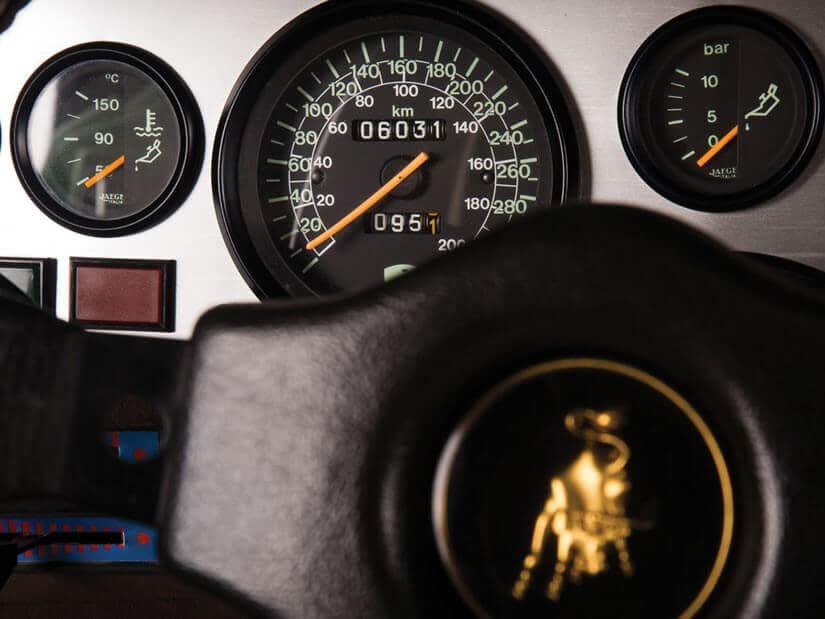 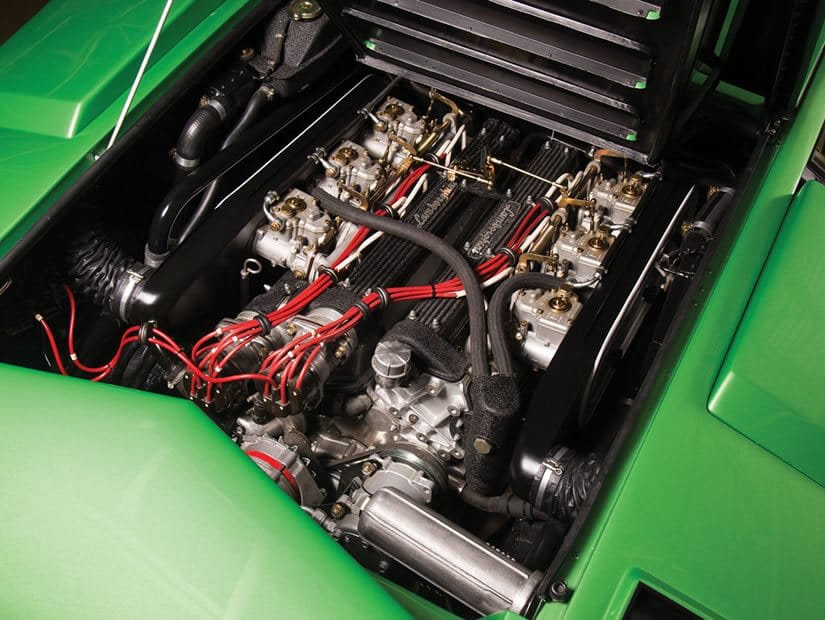