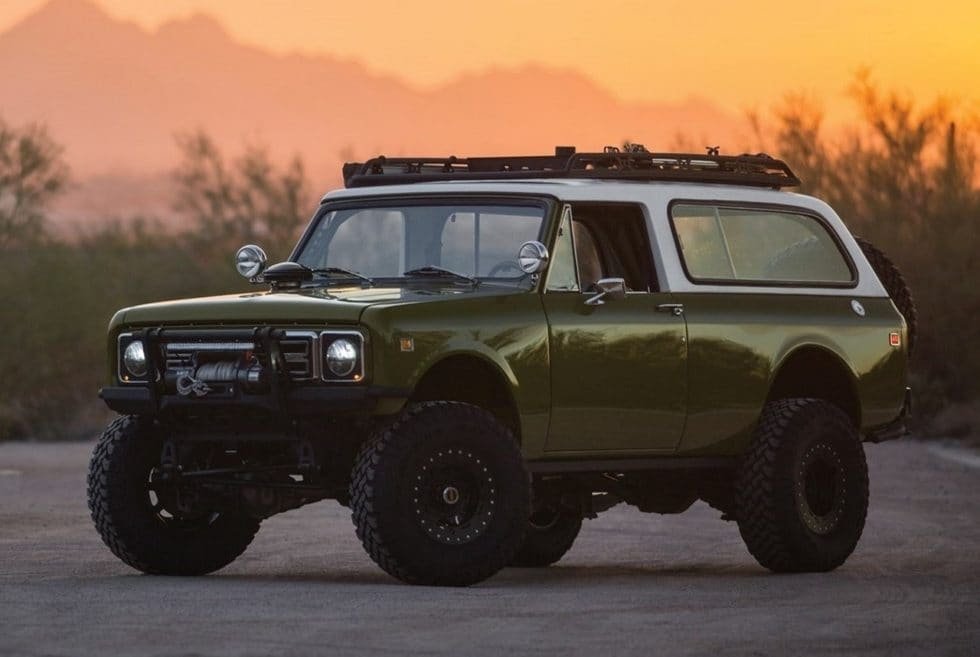 Produced from 1961 to 1980, the International Scout was a popular forerunner of the modern SUV and a solid competitor to the legendary Jeep. In 1977, it won the brutal Baja 1000 desert race, finishing nearly two hours ahead of its rivals.

The 1977 International Scout II Traveler you see here is a fully restored and tastefully customized model, ready for the most demanding off-road adventures. It is powered by a GM 6.0L engine that produces 300-hp and 360 lb-ft of torque and comes with a roof rack, front bumper guards, winch, and a swing out tire & jerry can carriers.

This bad boy also sports new transmission, brakes & suspension, a power steering wheel, LED light bar up front, and a roof rack with a shovel and a pull out awning. The interior can fit 3 adults, while the long rear section is large enough to accommodate a mattress. Impeccably finished in military green, this pure old-school truck wears fat Falken Wildpeak M/T tires to tackle the toughest terrain you can throw at it. 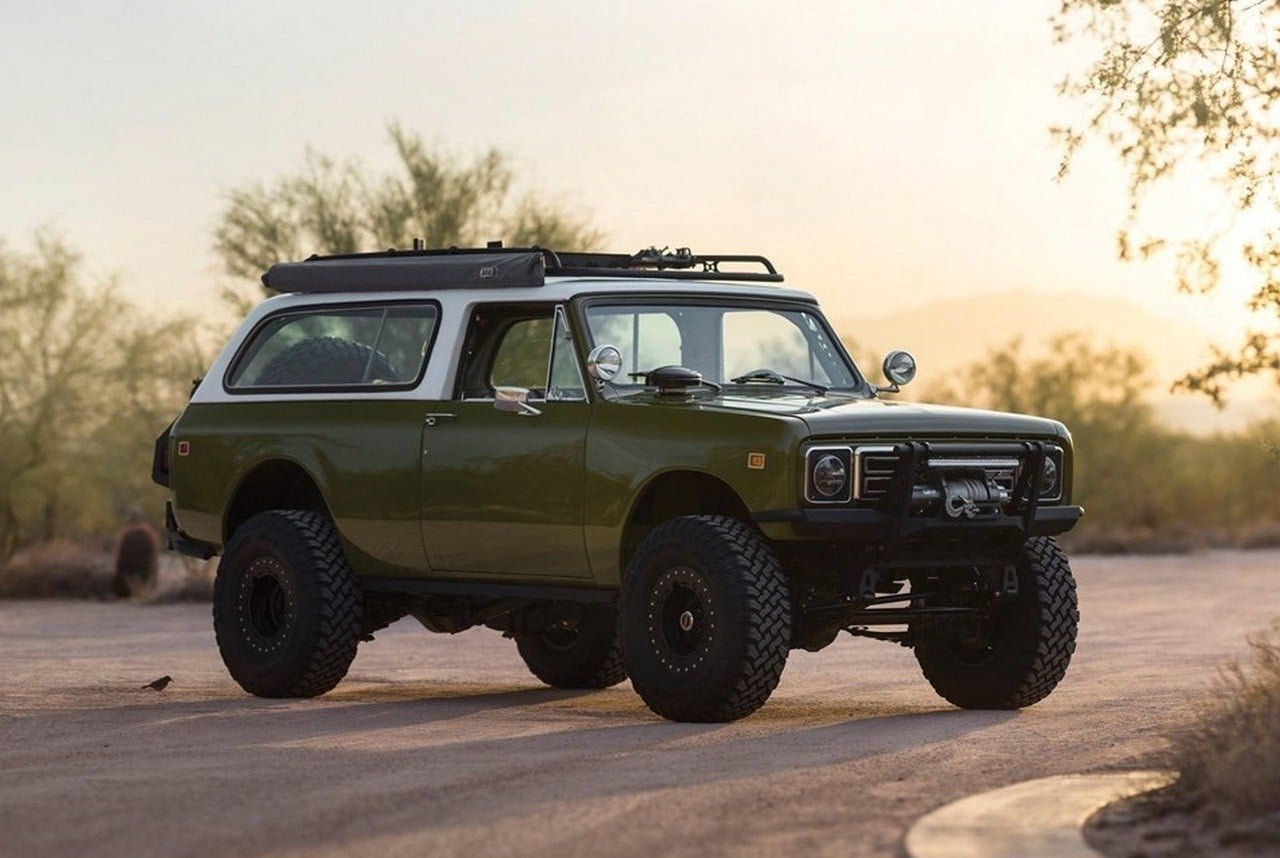 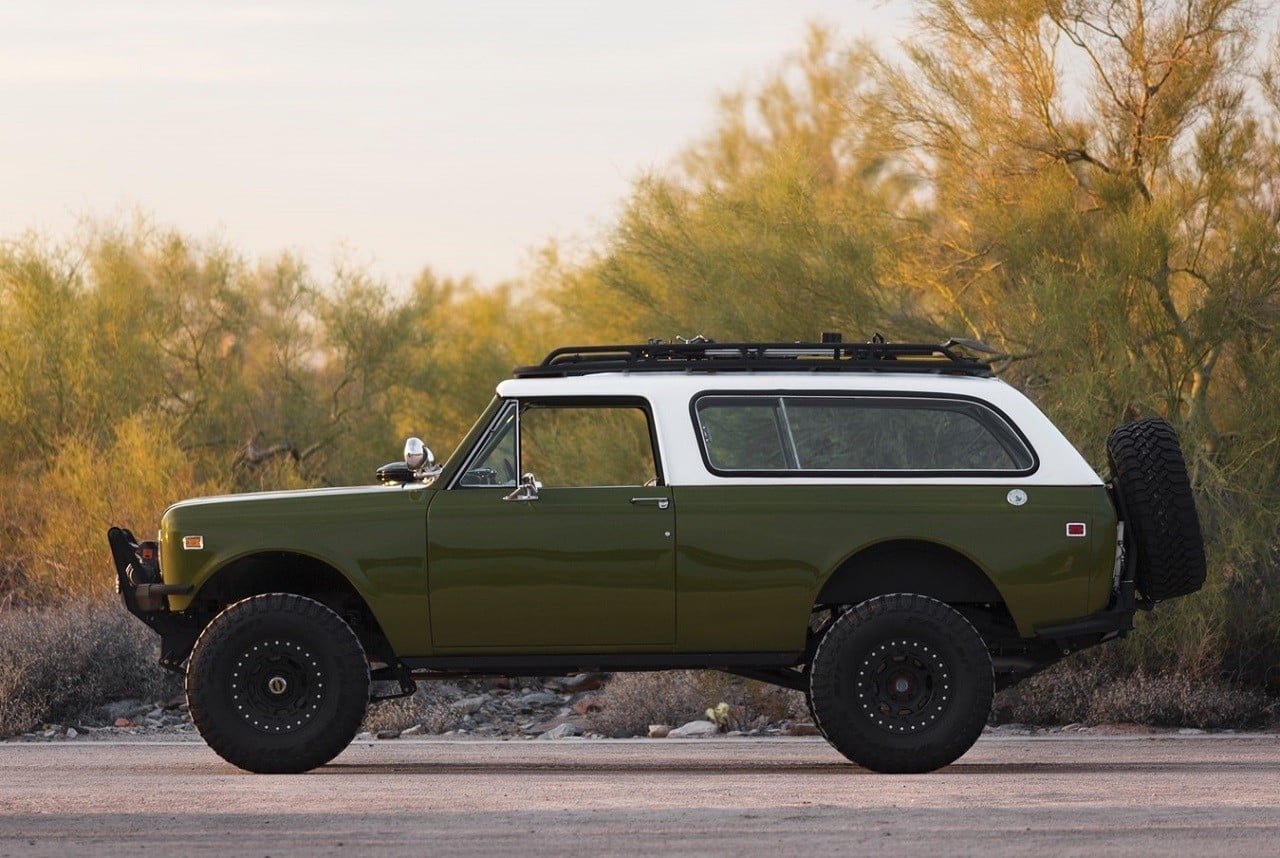 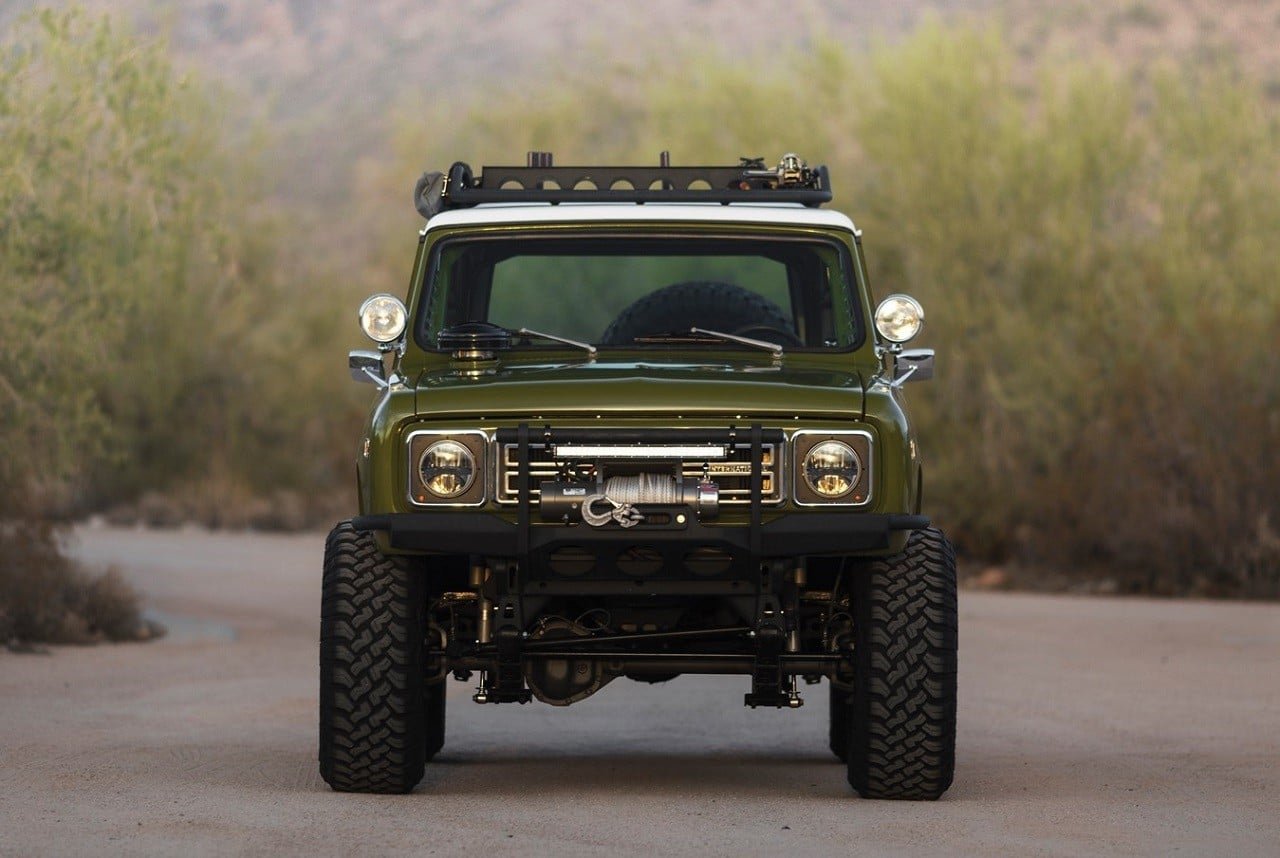 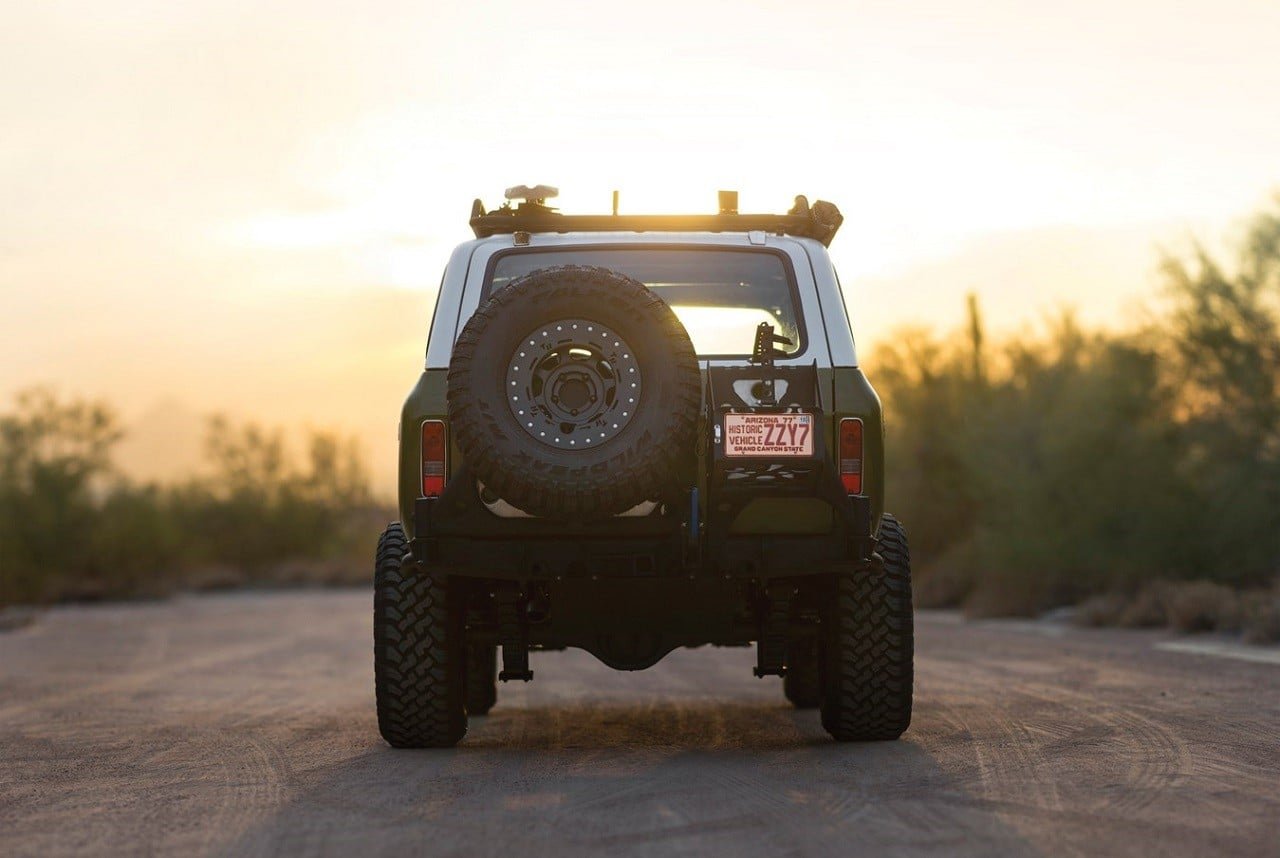 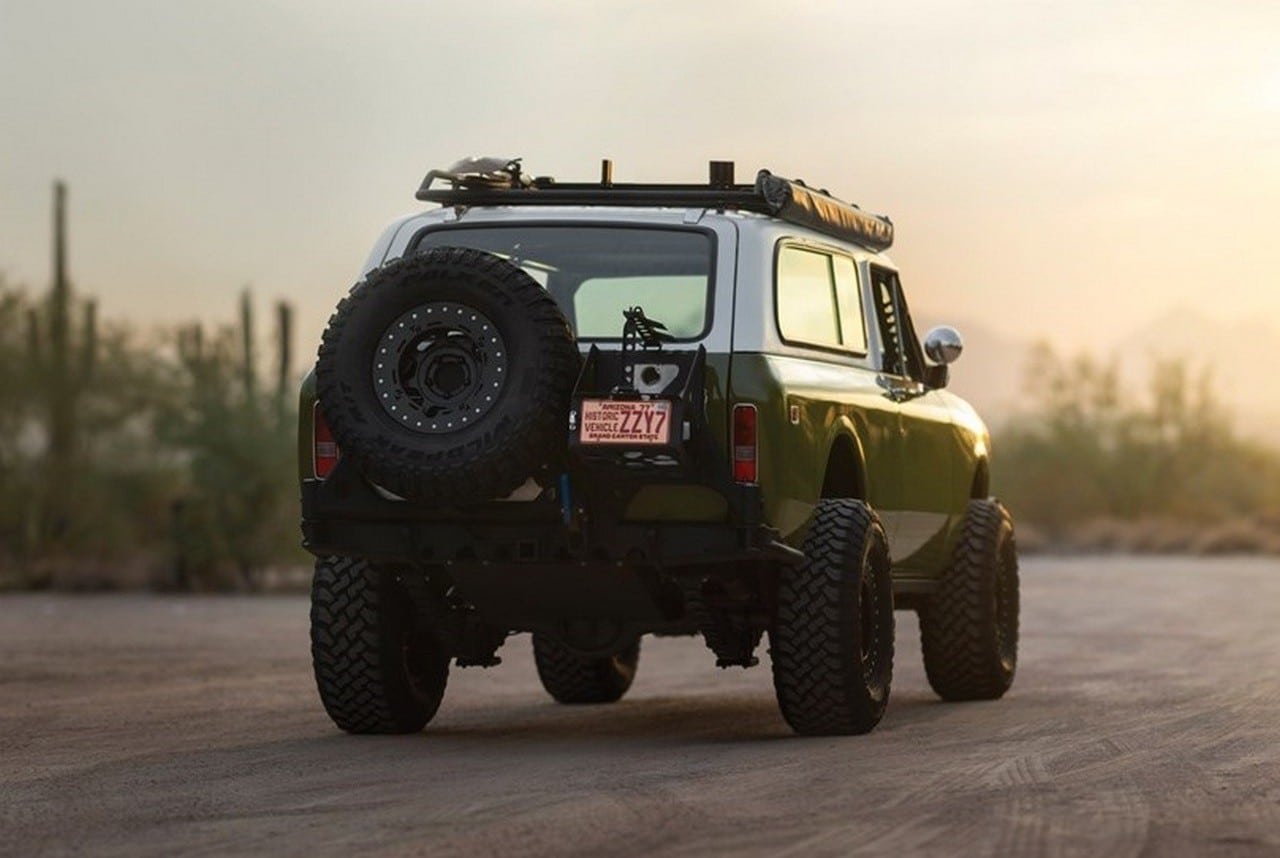 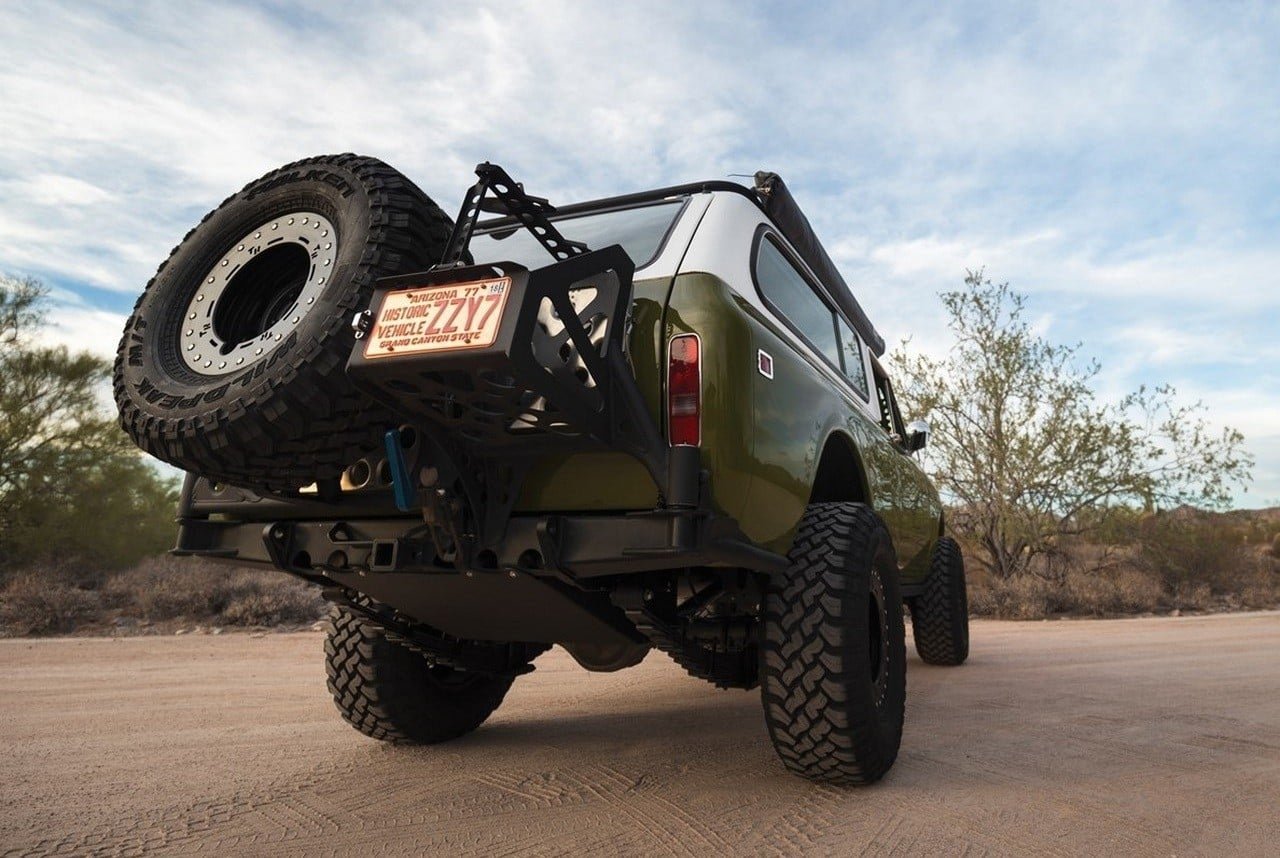 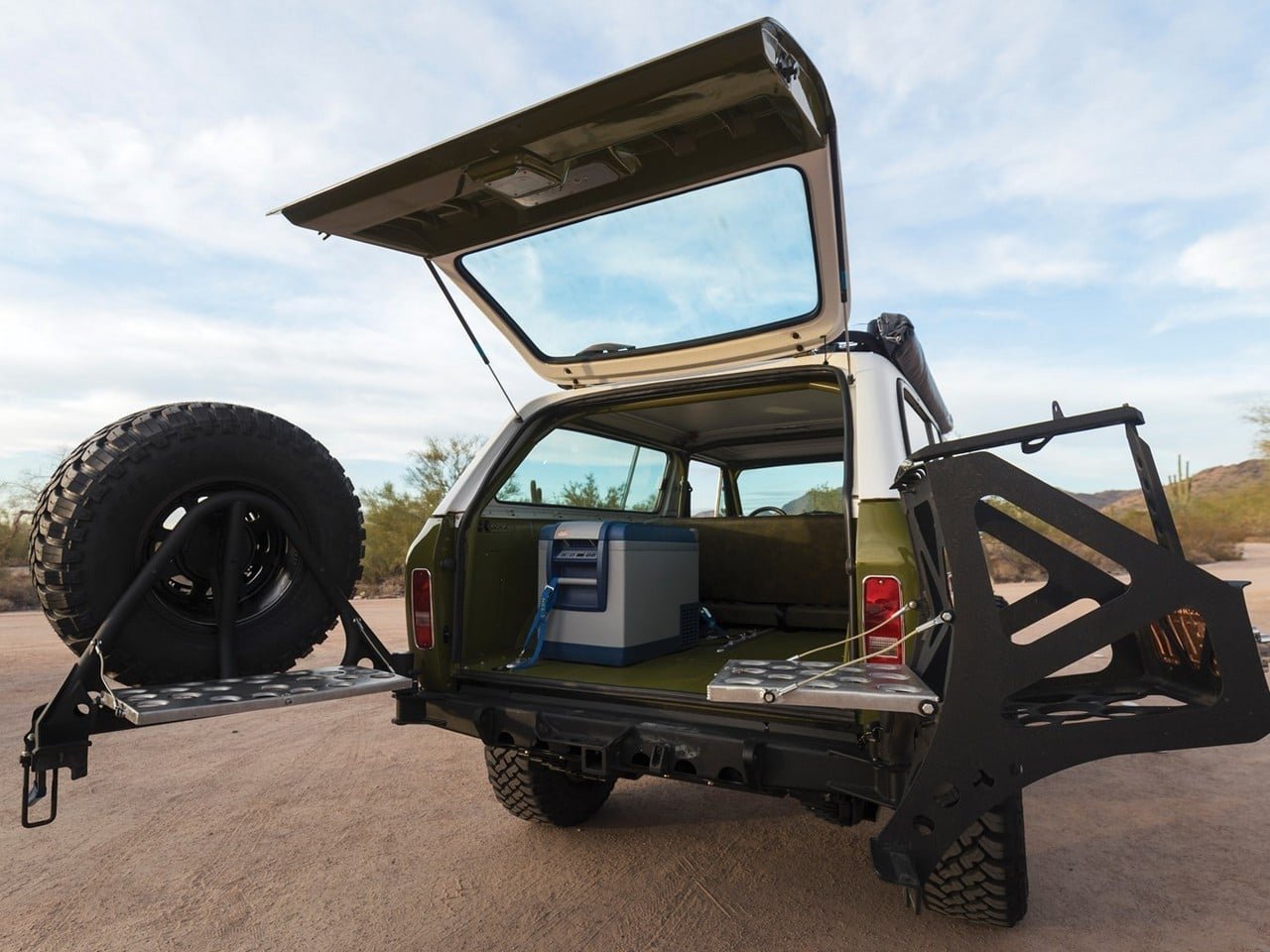 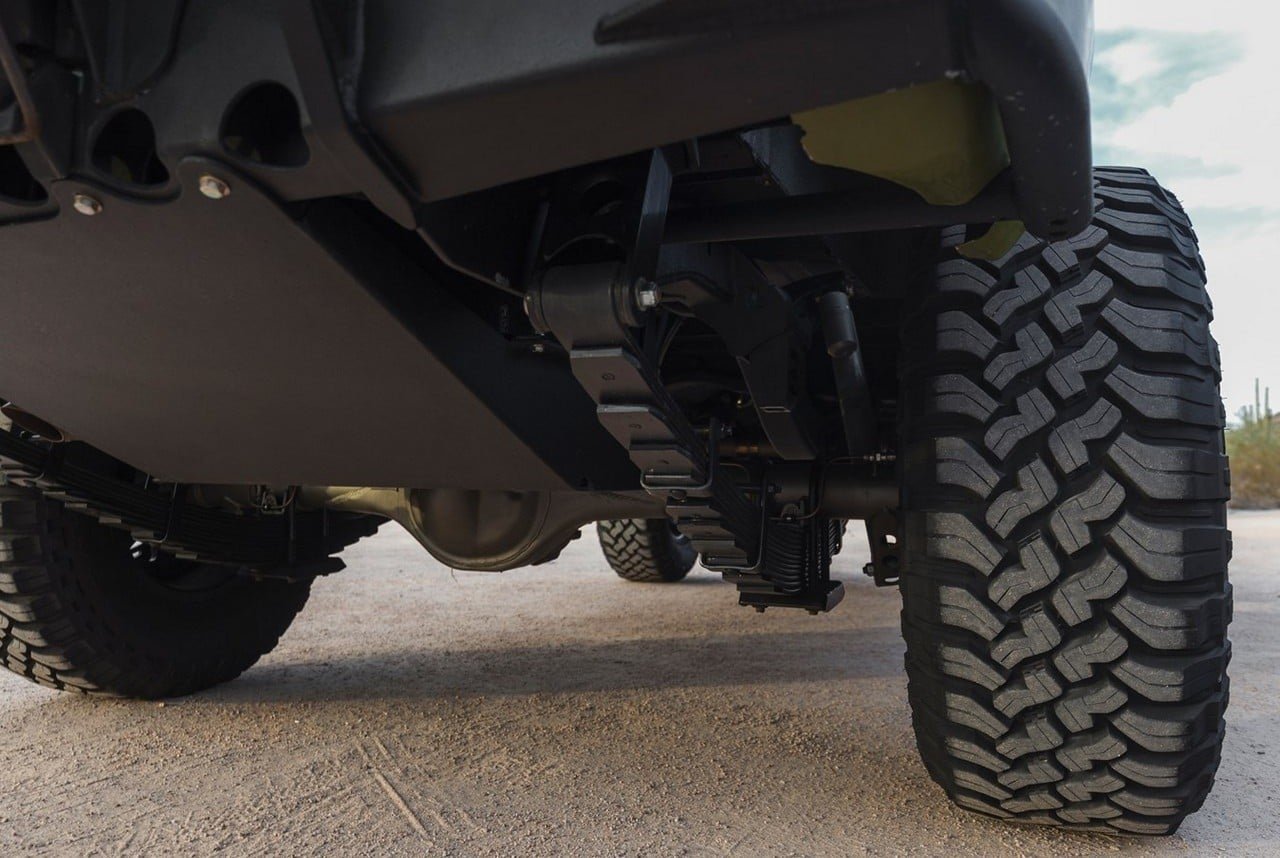 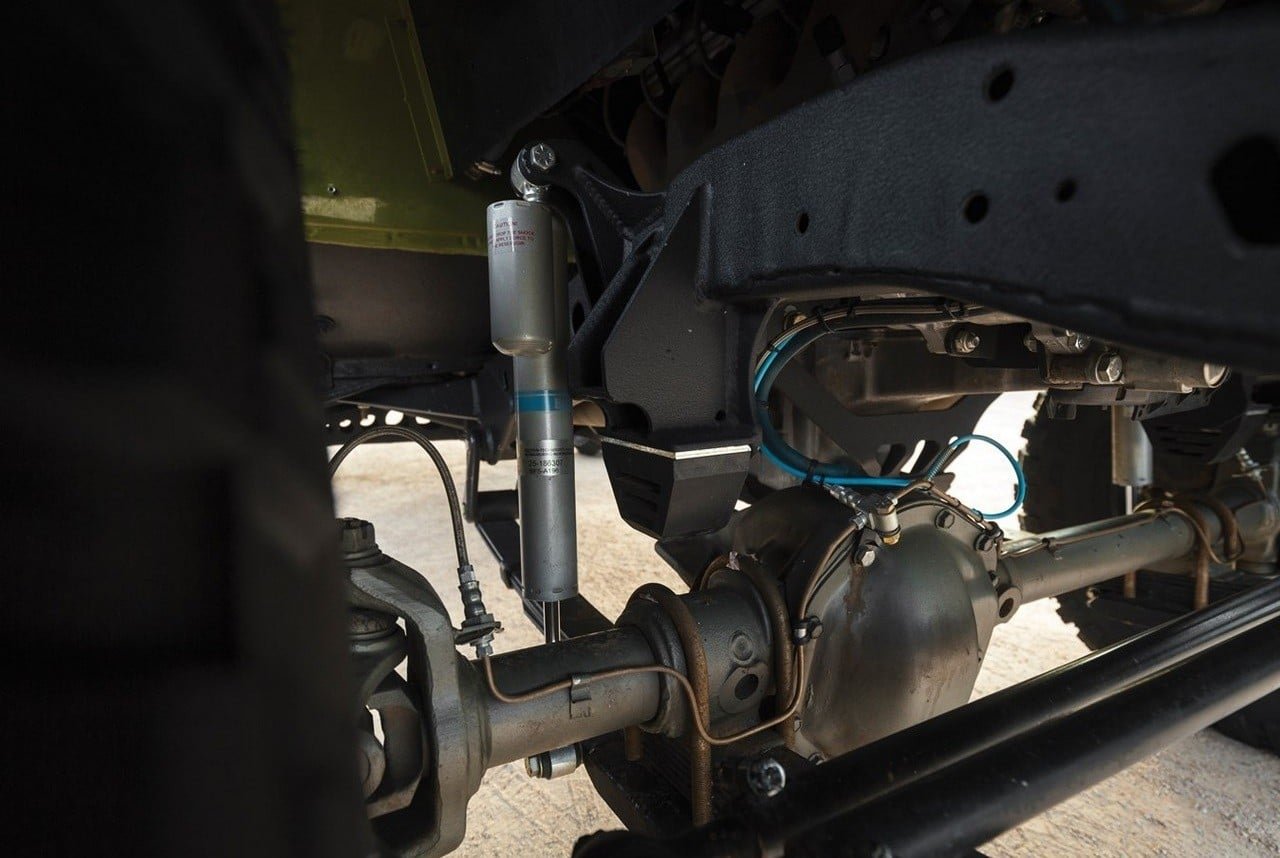 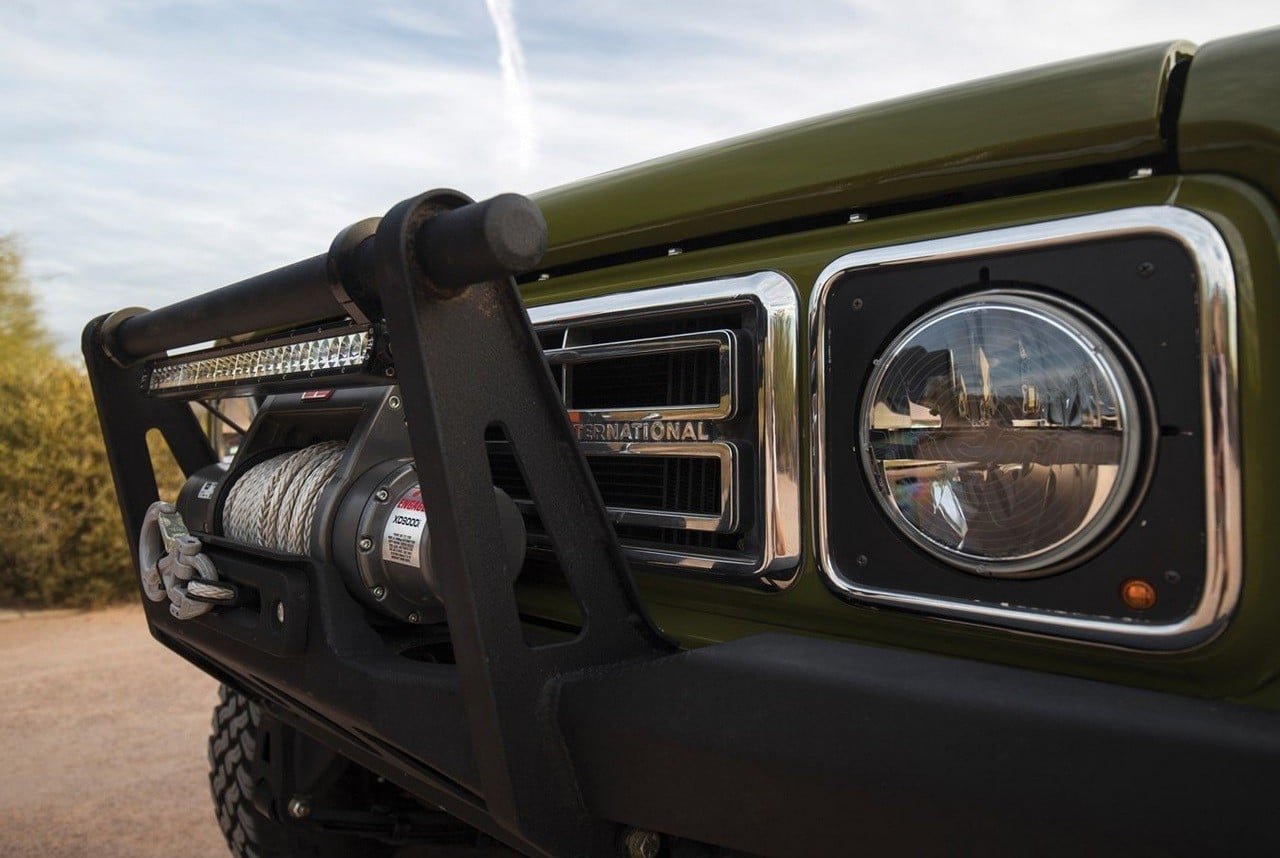 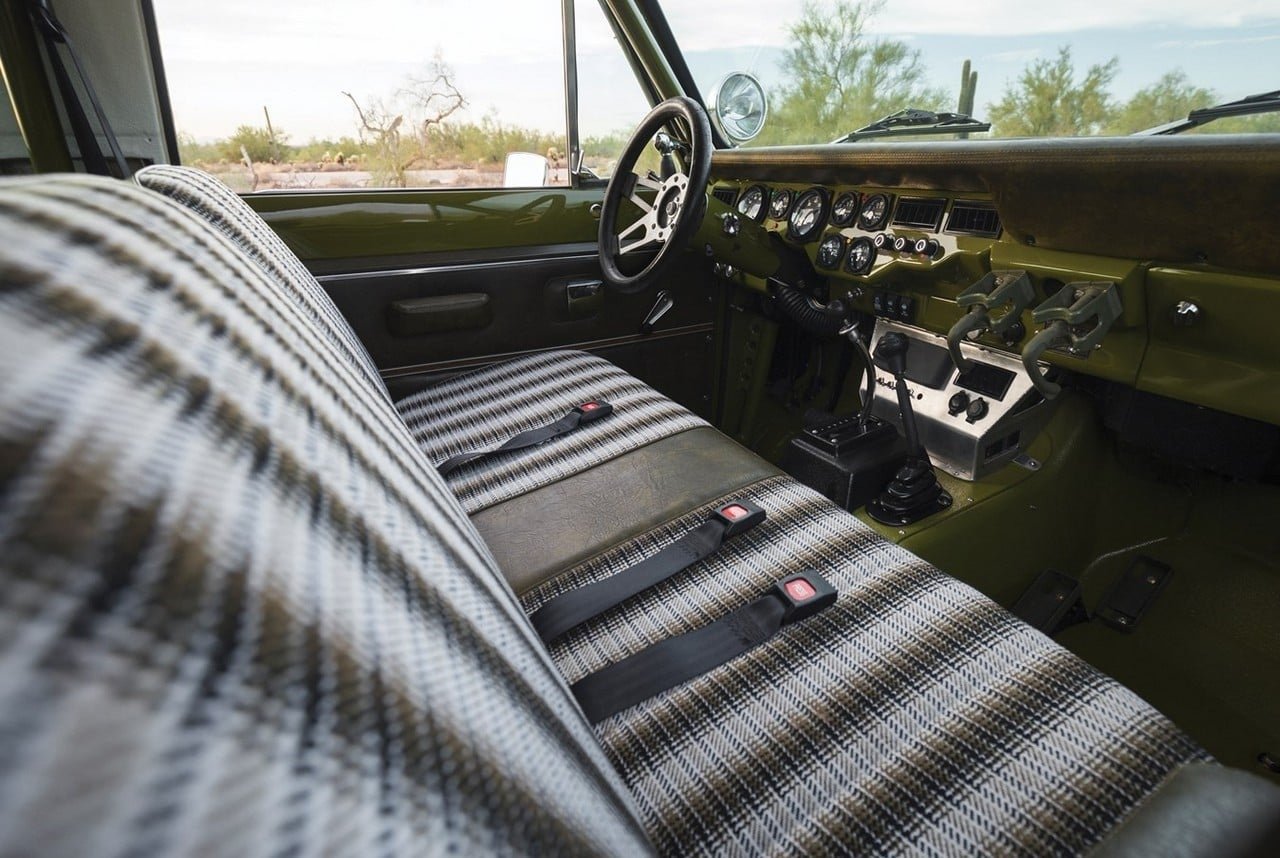 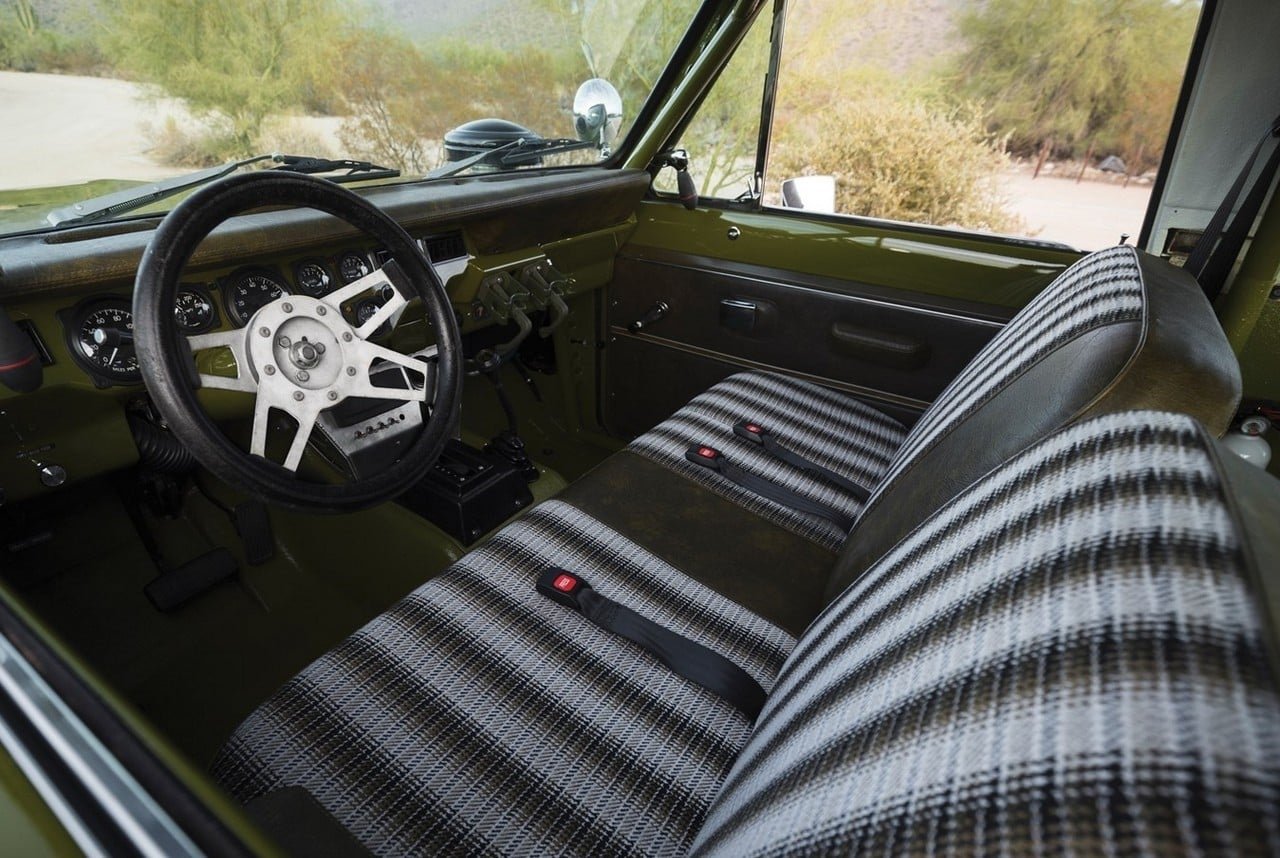 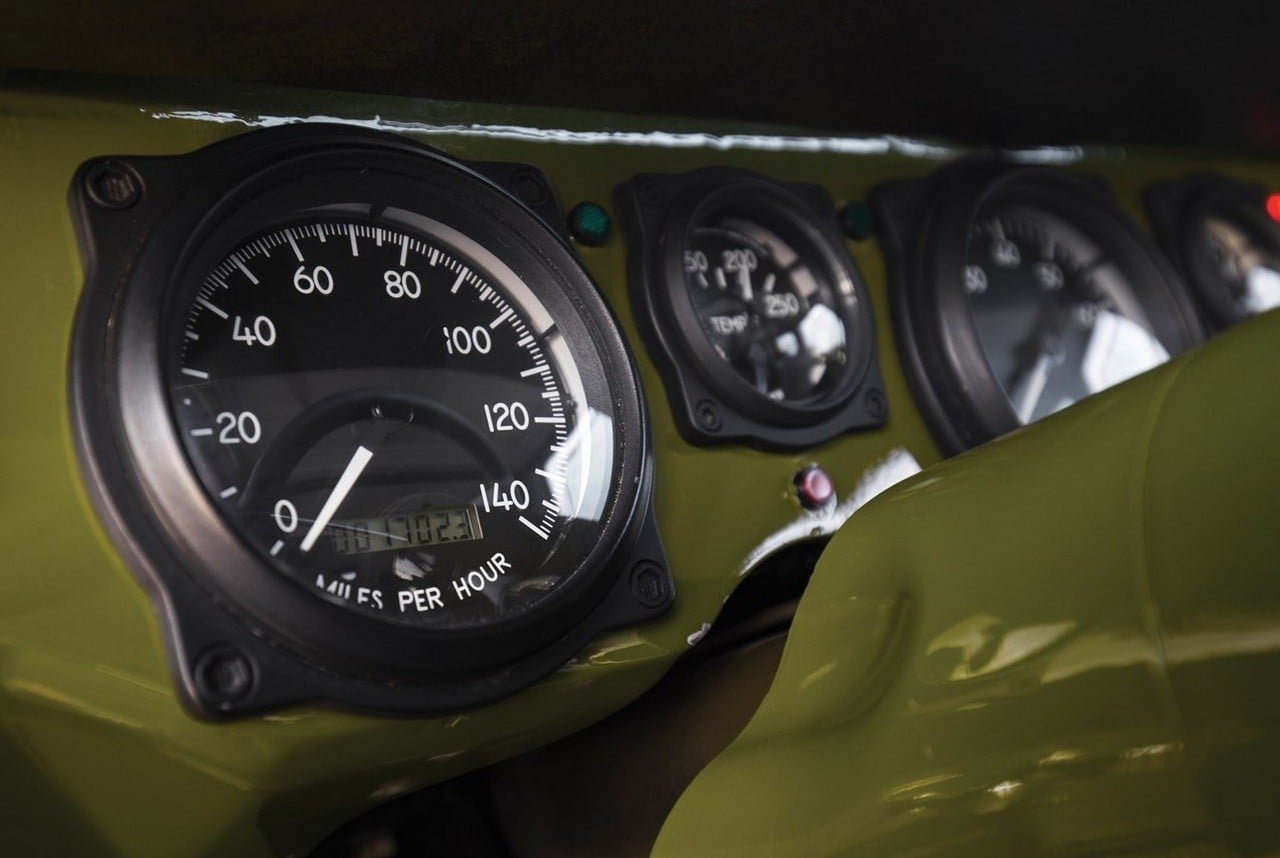 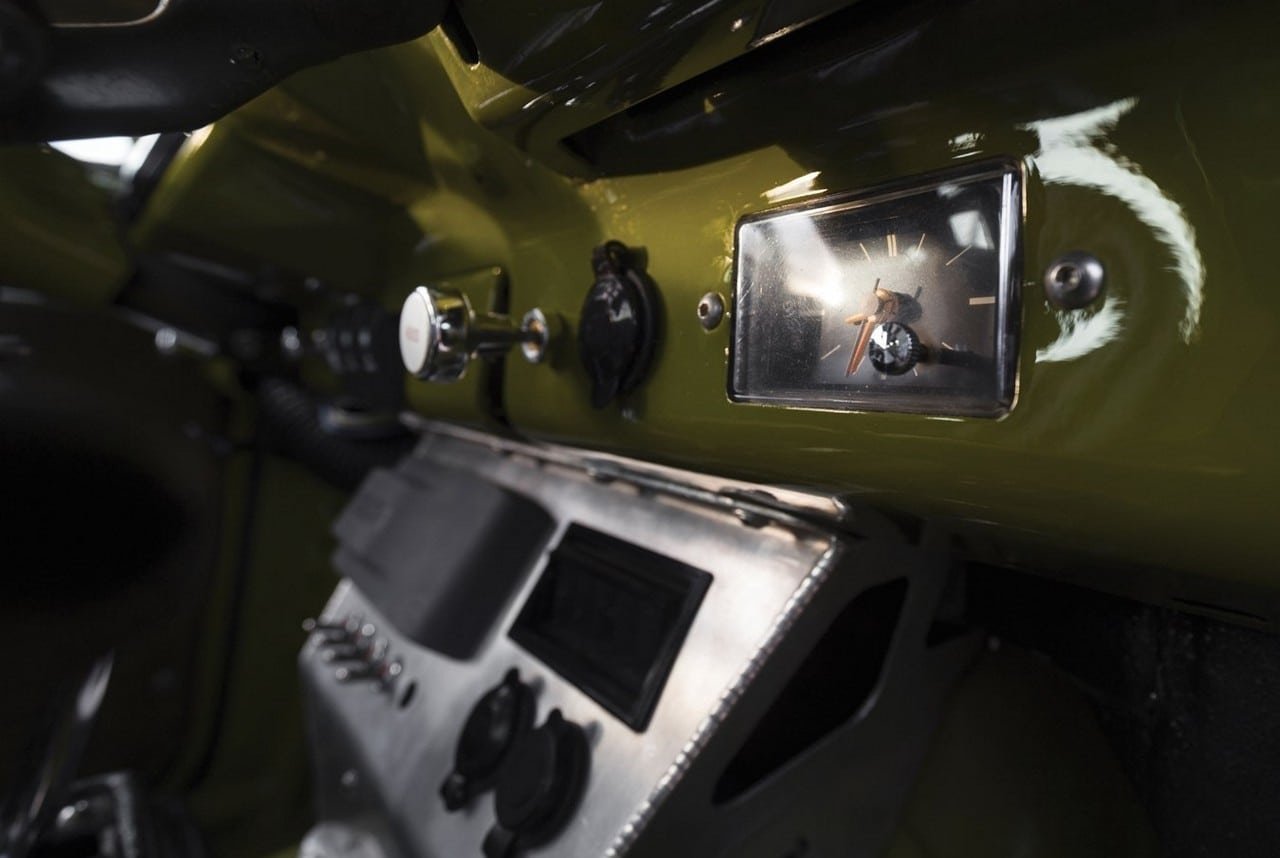 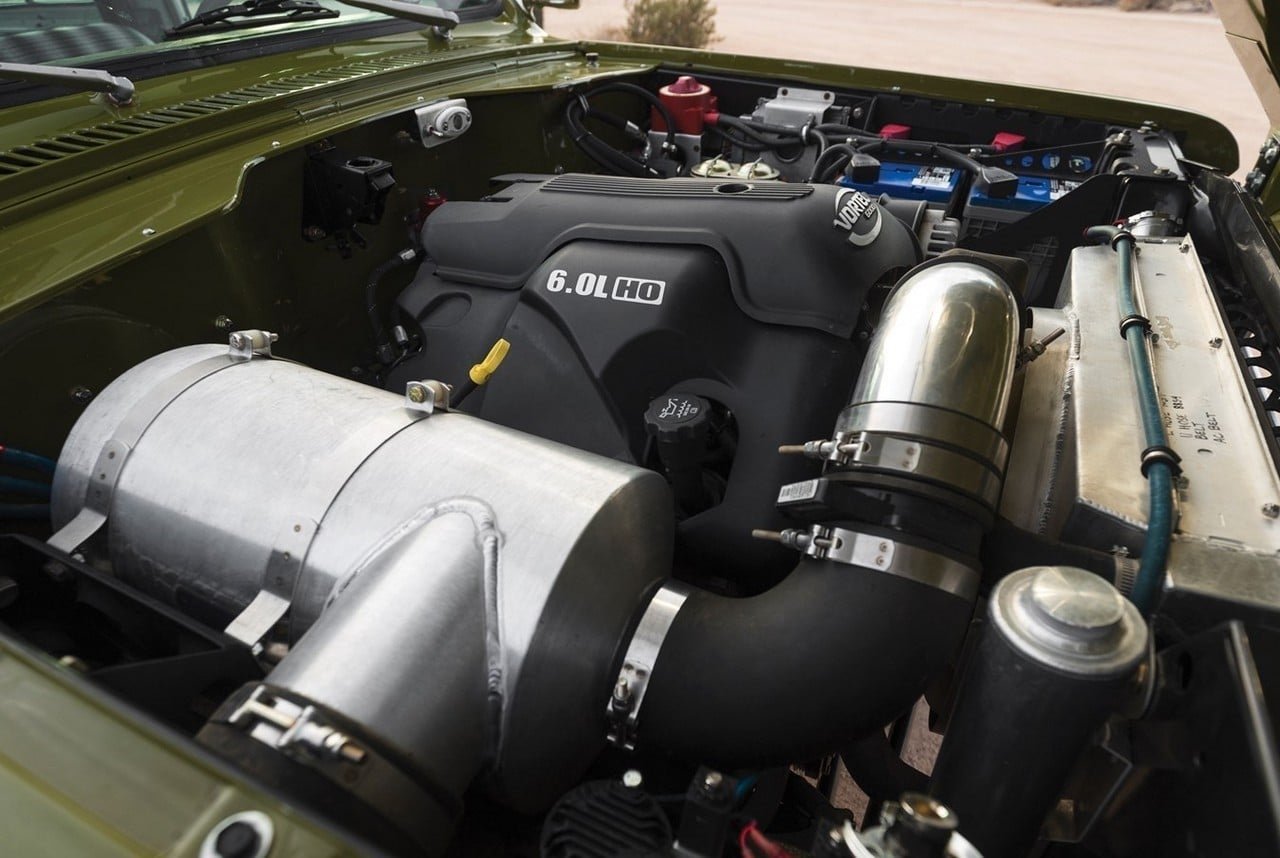 Apocalypse Manufacturing is teasing the first unit of the custom 6x6 Ford Bronco called the Dark Horse heading to auction this April.