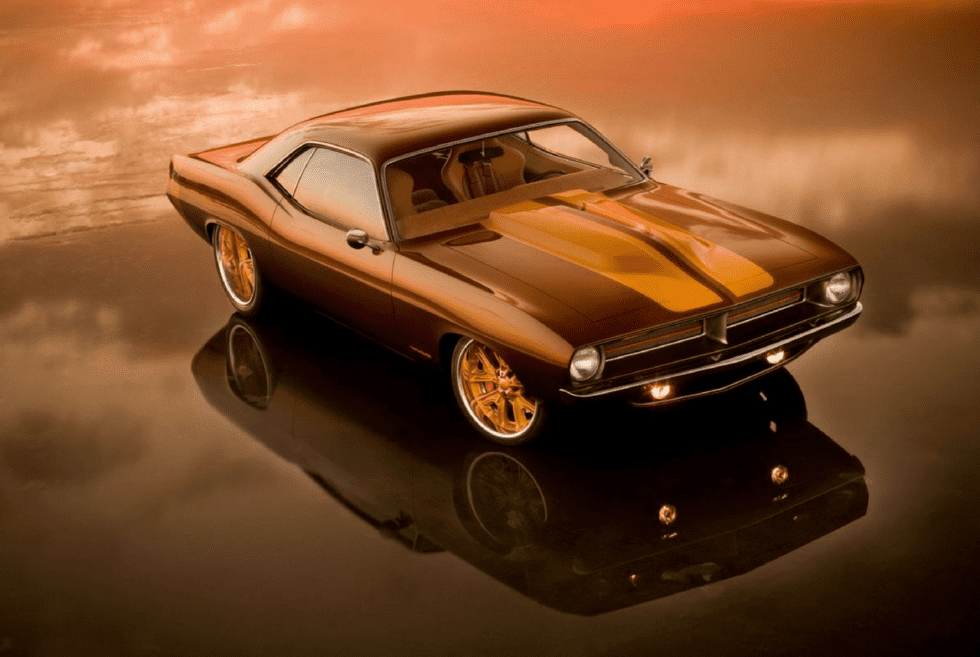 Car geeks will often debate regarding what specific brands and variants qualify as an epitome of a pony car. Most will suggest that the Ford Mustang is the quintessential icon that represents its genre. However, experts will argue that the title does not belong to one particular model. Yet, it includes all other entries from other American manufacturers. Take for example this majestic custom build from Chip Foose Design called the “Terracuda.”

Just like us, you might wonder where the name came from. Therefore, we scrutinized this splendid specimen up and down to figure out how it earned its moniker. It started out from a stock 1970 Plymouth Barracuda—already a masterpiece of Americana—that was given a fresh coat inspired by a timepiece. The story goes that Darren Metropoulos, the current owner of the vehicle, wanted the design studio to build an automobile that matched the colors of his Breitling watch.

What followed was a fresh coat of elegant browns and golds. Its purpose is to match the lush interior that’s in various shades of brown. The opulent cabin and seats showcase lavish leather from Ferrari’s factories. The heavy use of earthy tones probably resulted in the portmanteau “Terracuda,” which takes “terra” (meaning earth) and “cuda” (the last half of the car’s name). Now that we got that out of the way, the muscle within the hood is a 6.4-liter Mopar Hemi Crate engine alongside a 5-speed Tremec transmission. 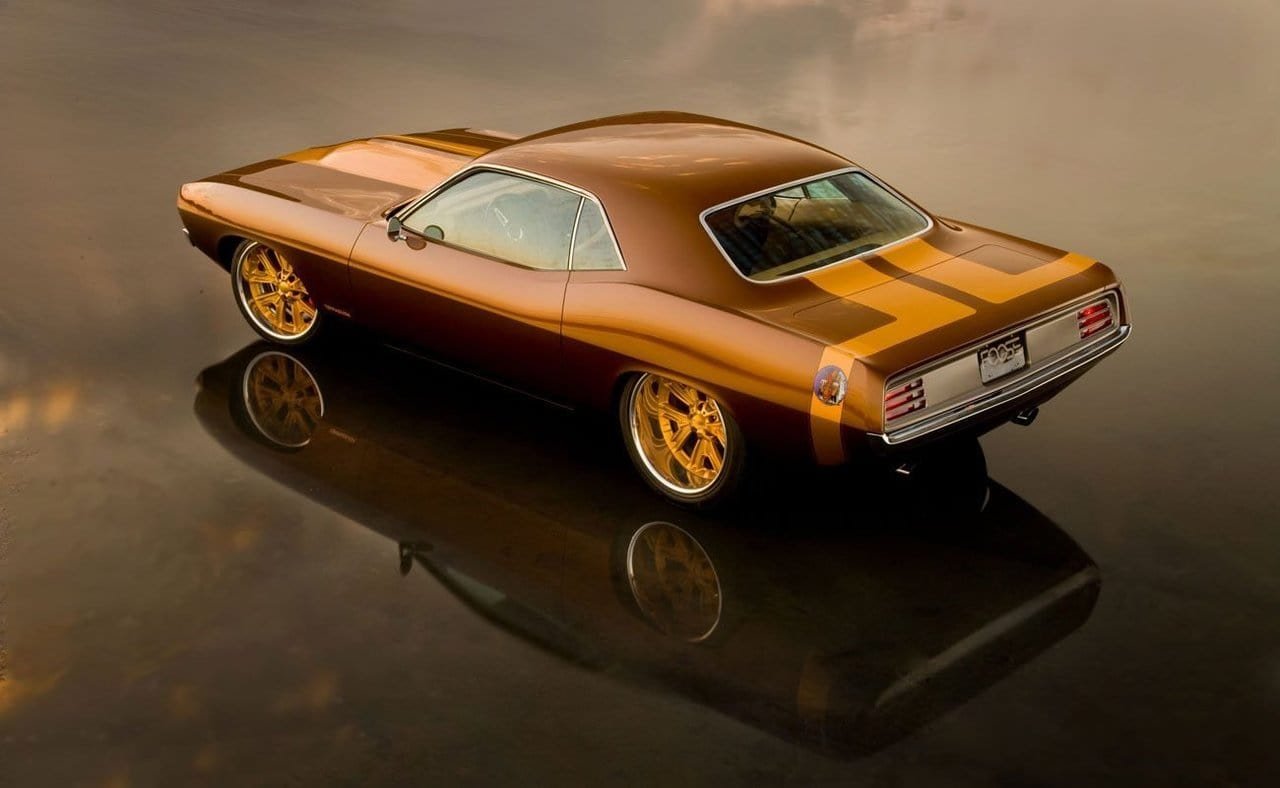 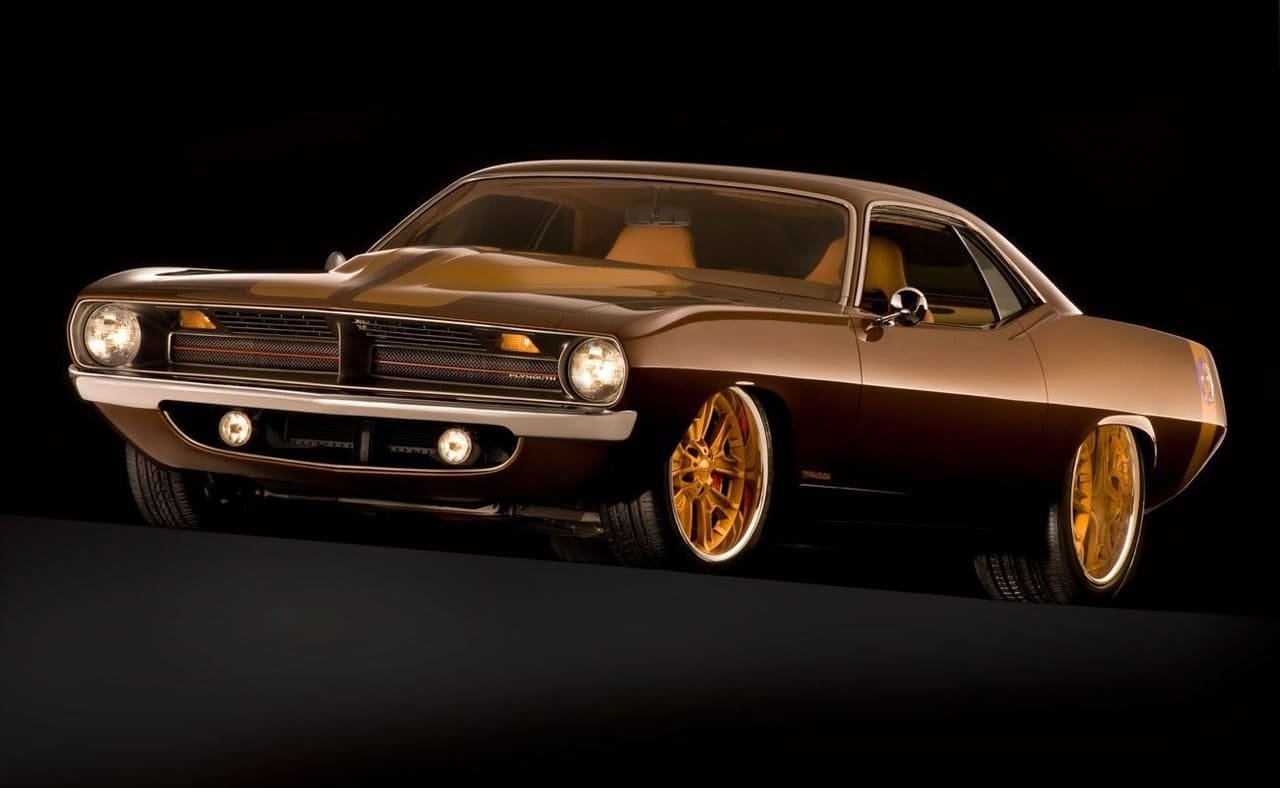 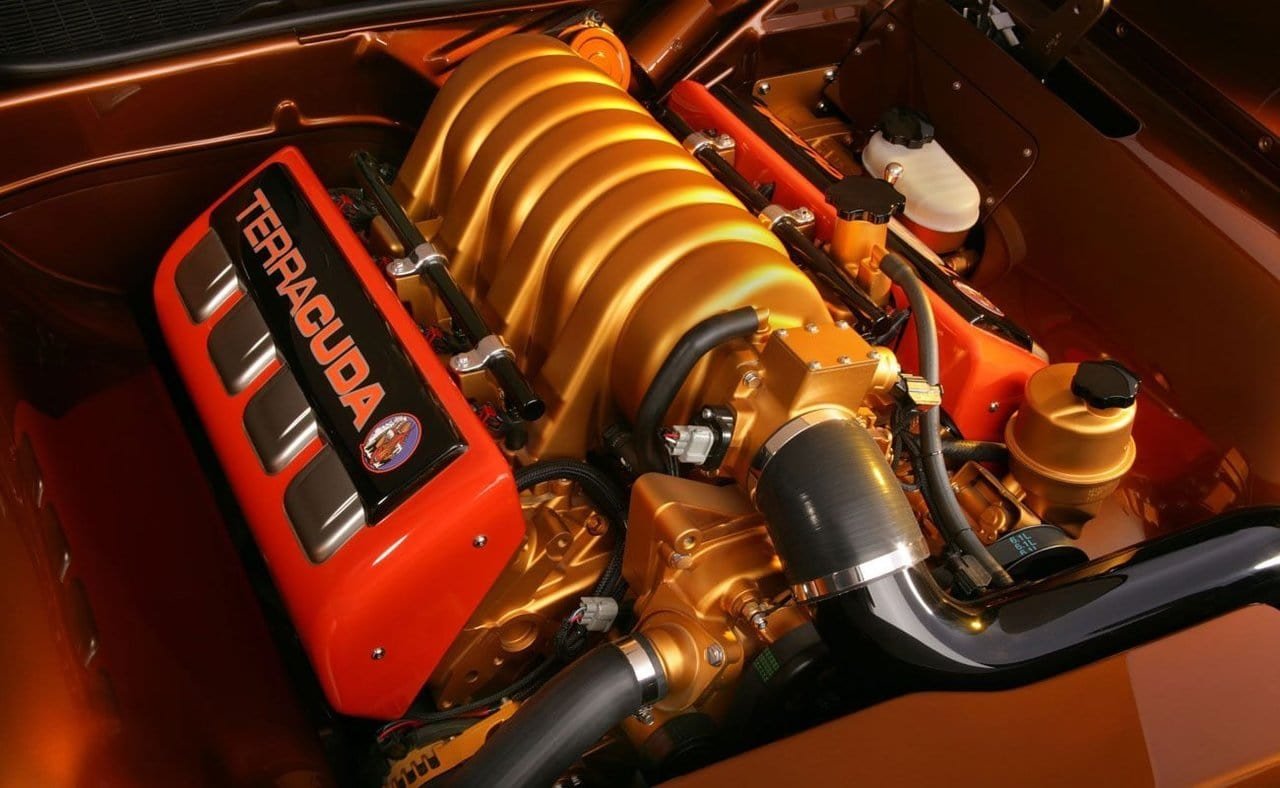 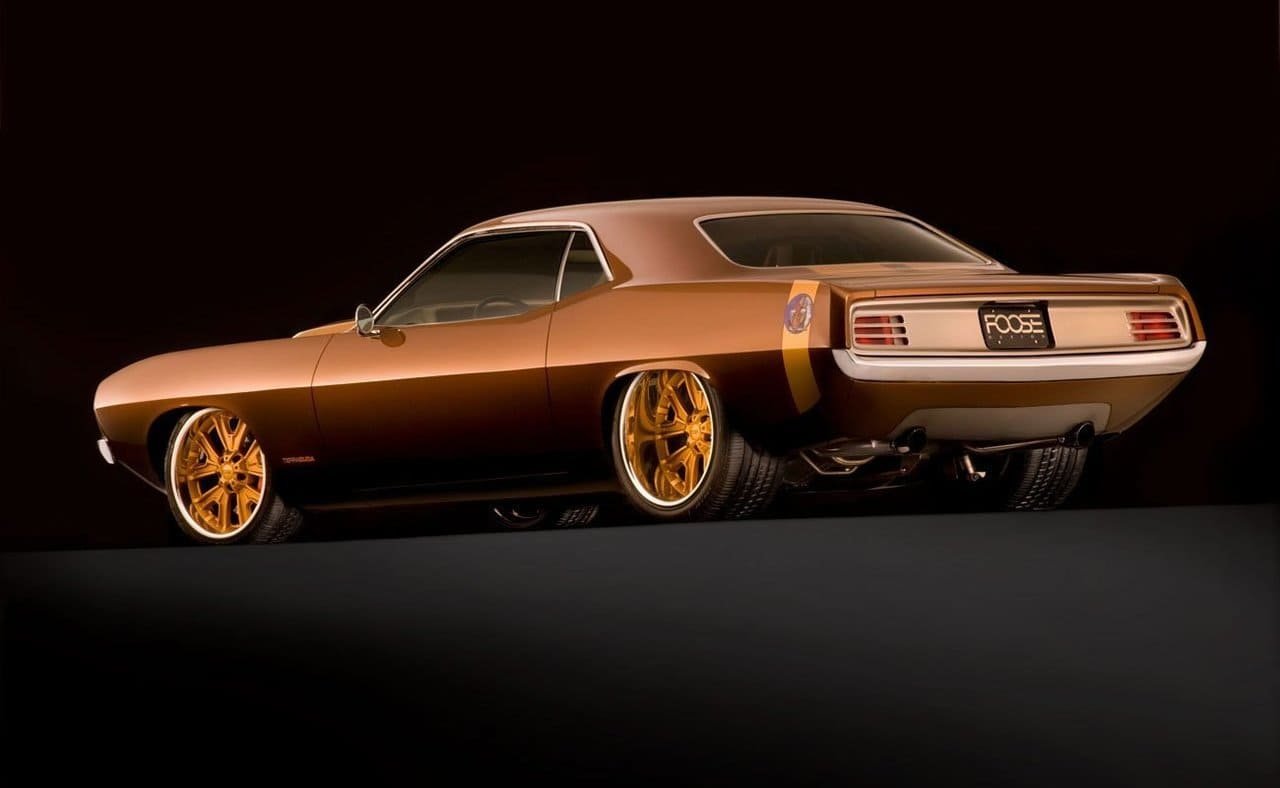