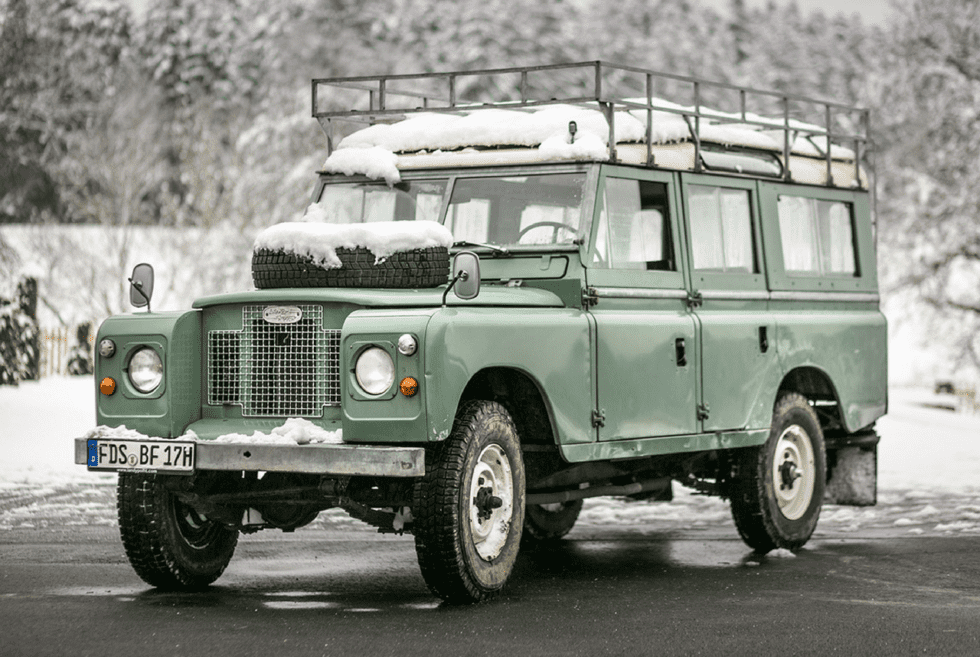 Located deep in the Black Forest of Germany, Monkey 47 has a worldwide reputation for making exceedingly delicious gins. It seems though, that aside from crafting spirits that entice and arouse the senses, Alexander Stein, the founder of the distillery has another passion. He appears to have a burning passion for old-fashioned SUVs if recent pictures are anything to go by.

We are referring to the rather awesome 1970 Land Rover 109 that he has been seen driving around on his down days. This is a classic SUV with a rugged charm and style that thankfully, Stein has not messed with. Although major details are hard to come by, it looks like it has all its original features, from the mint green coloring to the 2.6 liter gas engine housed under that distinctive hood. There is even a full-size roof rack and spare tire strapped to the hood It seems unlikely that with Monkey 47 being so successful, that he has much time for fun and games, but we respect the man for choosing such a cool way to spend his days off!

We have to admit that there is a small part of each of us, okay a large part, that is jealous of Mr Stein and his awesome off-road SUV. We are glad though that he is paying it the respect it deserves by keeping it looking as authentic as possible.