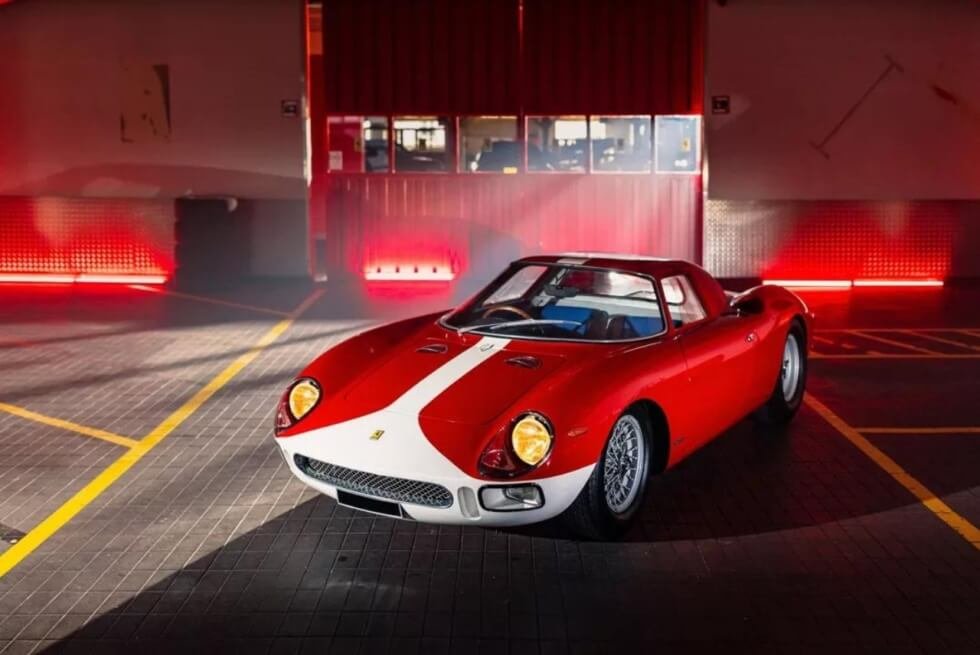 Among the prestigious motorsport competitions across the globe, the 24 Hours of Le Mans is hailed by many as the pinnacle of endurance racing. Those who clinch victory on the tracks instantly become legends which is why many push their machines to the limit. The 1964 Ferrari 250 LM counts itself as such in 1965.

With three-time Le Mans winner and Ferrari importer, Luigi Chinetti at the helm, the North American Racing Team (NART) would grab the overall win. Only 32 examples of the 1964 Ferrari 250 LM racer would make it to production. Articurial just so happens to have one on hand which is slated to hit the auction block in 2023.

Reports confirm that the vehicle in question is number 5901. Moreover, it is the 10th race car built by the Prancing Horse. Although purveyors of these types of rides typically seek race-winning units, this could be an exception. You see, records show this 1964 Ferrari 250 LM was in NART’s lineup but never saw action.

It was likely a reserve just in case those on the tracks encounter mechanical troubles. By some stroke of luck, it was just on the sidelines throughout their campaign which means the 1964 Ferrari 250 LM here is in exceptional condition. Articurial definitely has a gem on their hands which will command a sizeable sum before the hammer falls.

The 1964 Ferrari 250 LM on offer flaunts its original chassis, Pininfarina bodywork, 3.3-liter V12, and five-speed transmission. The Italian carmaker’s signature crimson coat covers most of the exterior. Contrast comes from the white on the bumper, hood, rear, and racing stripe. It will be on stage at the Retromobile 2023 on February 3. Velocity Restorations Is Selling This 1967 Ford Bronco Midnight Edition For $248,400

The 1967 Ford Bronco Midnight Edition is a spectacular example of what Velocity Restorations can bring to the table.

Ducati Will Deliver Its 2023 Streetfighter V4 In Three Trims

For the 2023 Streetfighter V4, Ducati strips down its Panigale V4 to give you a super sports naked bike engineered for performance

For $6.9 Million, You Can Own The Stunning Cochise Geronimo 17 Luxury Home

The Cochise Geronimo 17 is a 7,412-square-foot modern home in the Sonoran Desert that is more like an upscale art gallery.