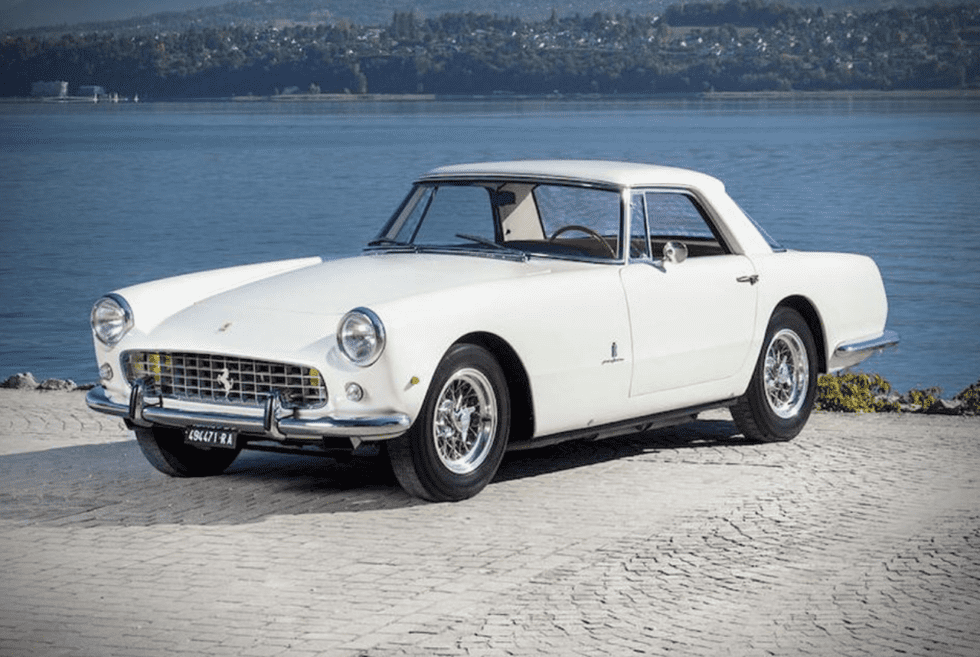 Did you know Ferrari actually used to produce a limited number of road cars? That’s right. The luxury sports car manufacturer put out a bunch of standard automobile for those wealthy enough to request for one. Everything changed when the Ferrari 250 came along, which would go on to become the first “mass produced” vehicle in Ferrari’s entire lineup. The photo you see above shows a 1960 250 GT Series II in pristine condition.

Production of the 250 GT ushered in many notable developments, including the original 128C three-liter engine being superseded by the twin-distributor 128D, which was then replaced in 1960 by the outside-plug 128F engine. That engine did away with its predecessor’s Siamesed inlets in favor of six separate ports. Then in 1959, Ferrari threw in four-wheel disc brakes, and followed that up with a four-speeds-plus-overdrive gearbox the following year.

The result, as shown above, is a “landmark model of historical significance,” as Bonhams puts it. This particular model was completed in 1960 then sold in Milan on the same year. If you purchase this, you’re getting an entire Massini Report listing its subsequent owners, all of whom are Italian. It also makes note of several alterations over the years. Like the change of exterior color to white, and a new interior trim in red leather done in 1981.

The exterior, it should be noted, is still in its original colors and the car overall is in good mechanical condition. You can place a bid over at Bonhams not only to own an upstanding Ferrari road car, but also keep one of the most important turning points in the company’s history.