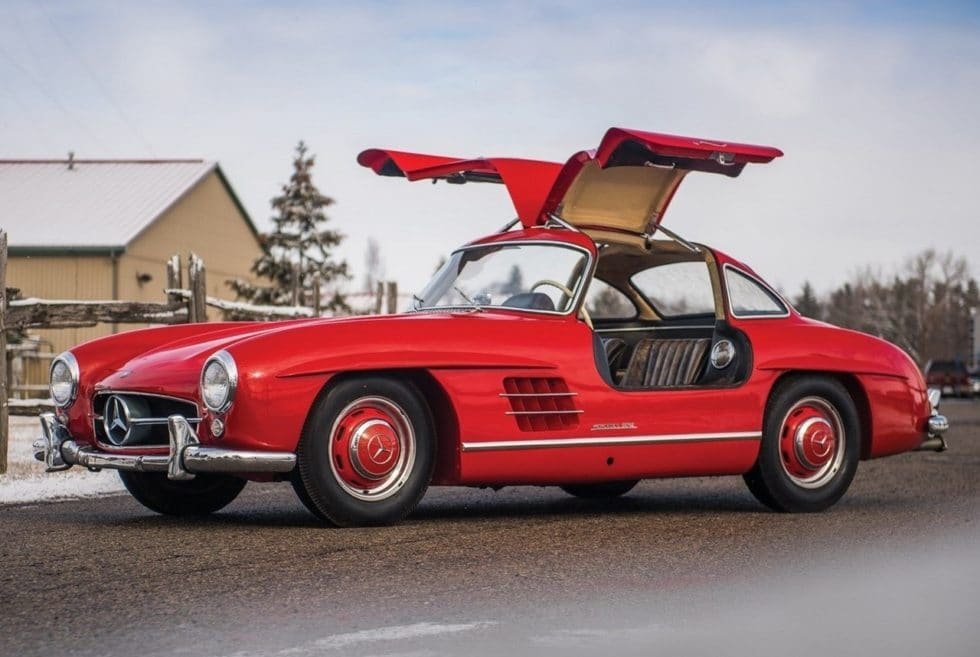 Introduced in 1954 as a two-seat coupé with distinctive gull-wing doors, the Mercedes-Benz 300 SL was a race car for the street. Boasting the world’s fastest top speed at that time, as well as technological firsts (including the first-ever production fuel injection), and low production numbers, this vehicle is widely considered one of the most collectible Mercedes-Benz models.

Having never been restored or modified, the 1957 Mercedes-Benz 300 SL Gullwing you see here is even rarer. And it can be yours for 1 million-1.3 million at RM Sotheby’s auction in Fort Lauderdale on April 7, 2018. The highly-collectible sports car features the original Fire Engine Red finish (redone over the years), the original Cream upholstery (quickly surface-dyed black decades ago, but remains intact, with no tears or scratches), and even its original Michelin spare tire and two of the three original belly pans.

The Merc has 36,375 miles on the odometer, all recorded prior to 1968. It has been exhibited for four decades at various Indiana museums, which helps make this Gullwing one of the few that have survived in this pristine condition. 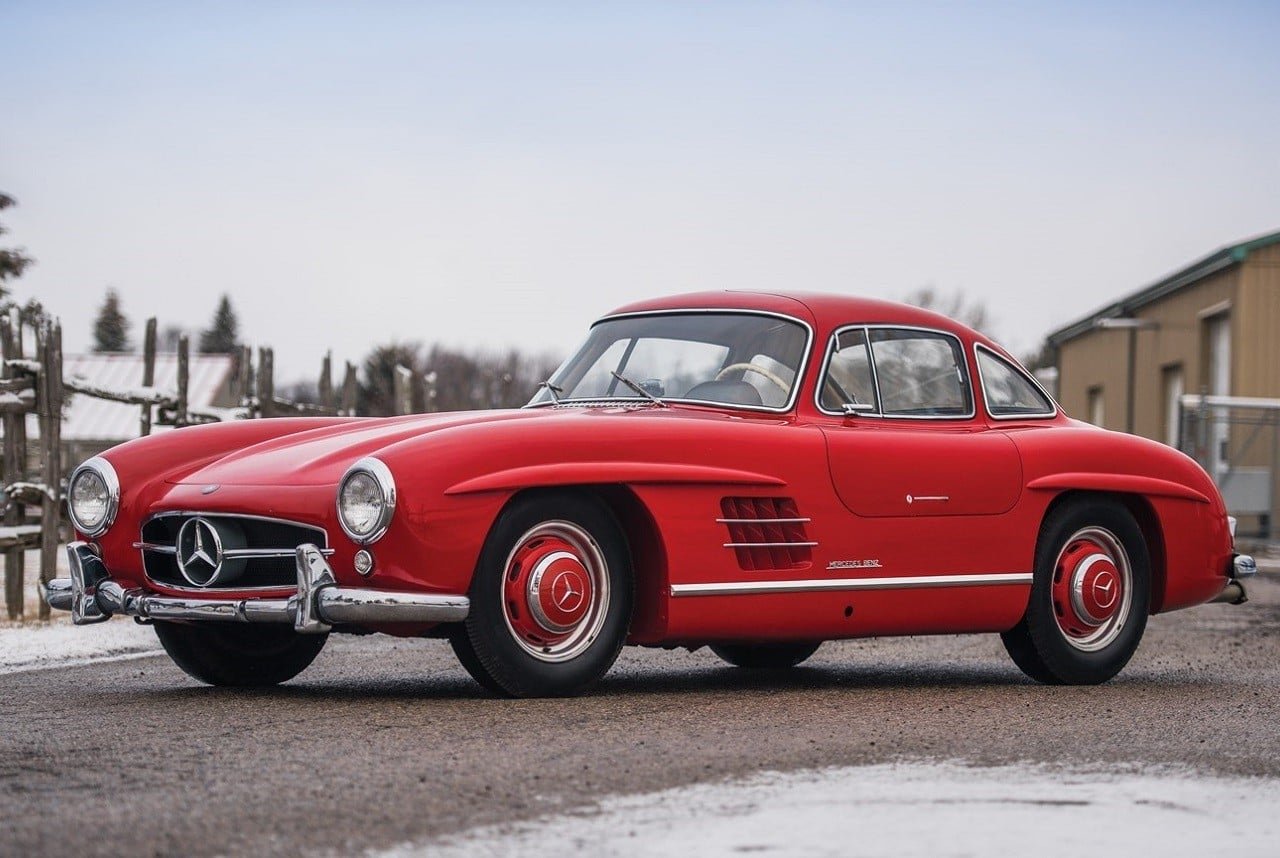 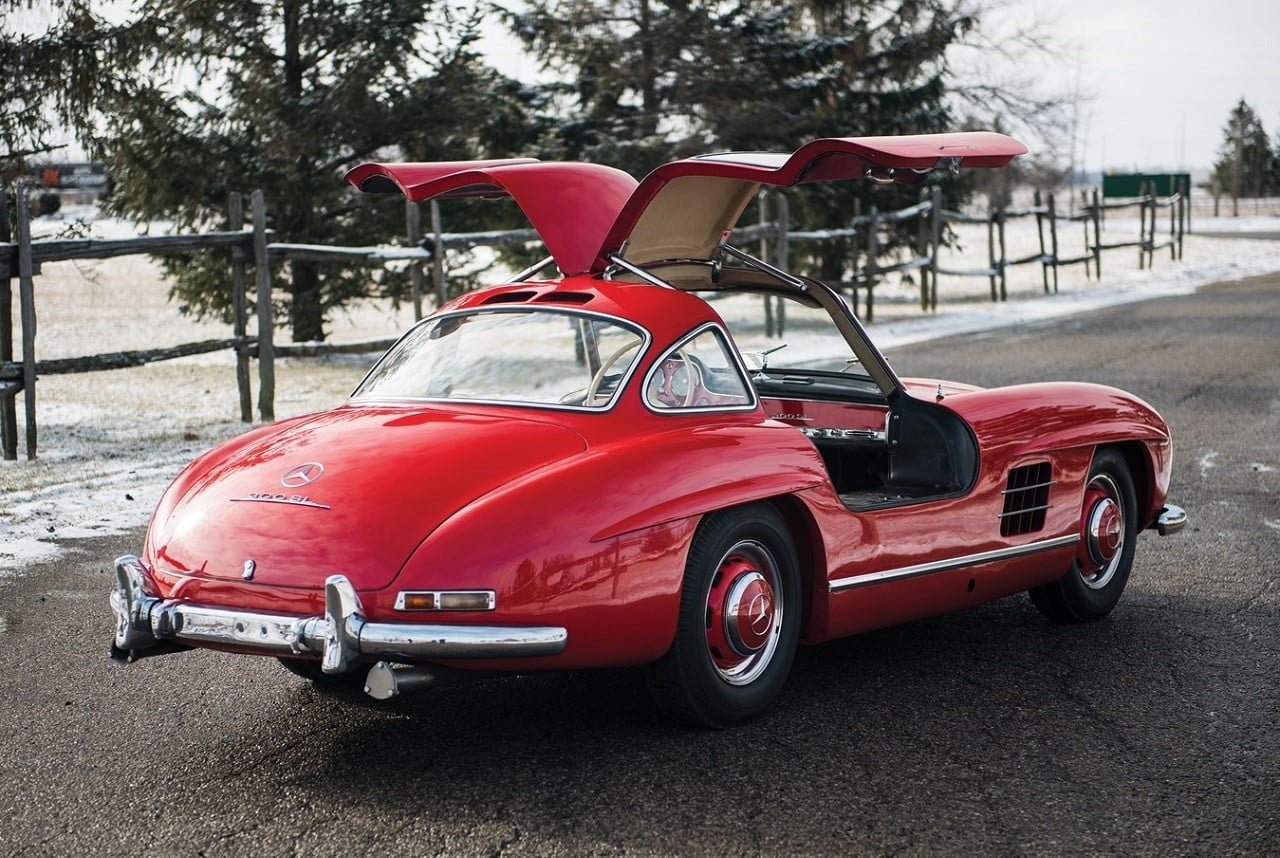 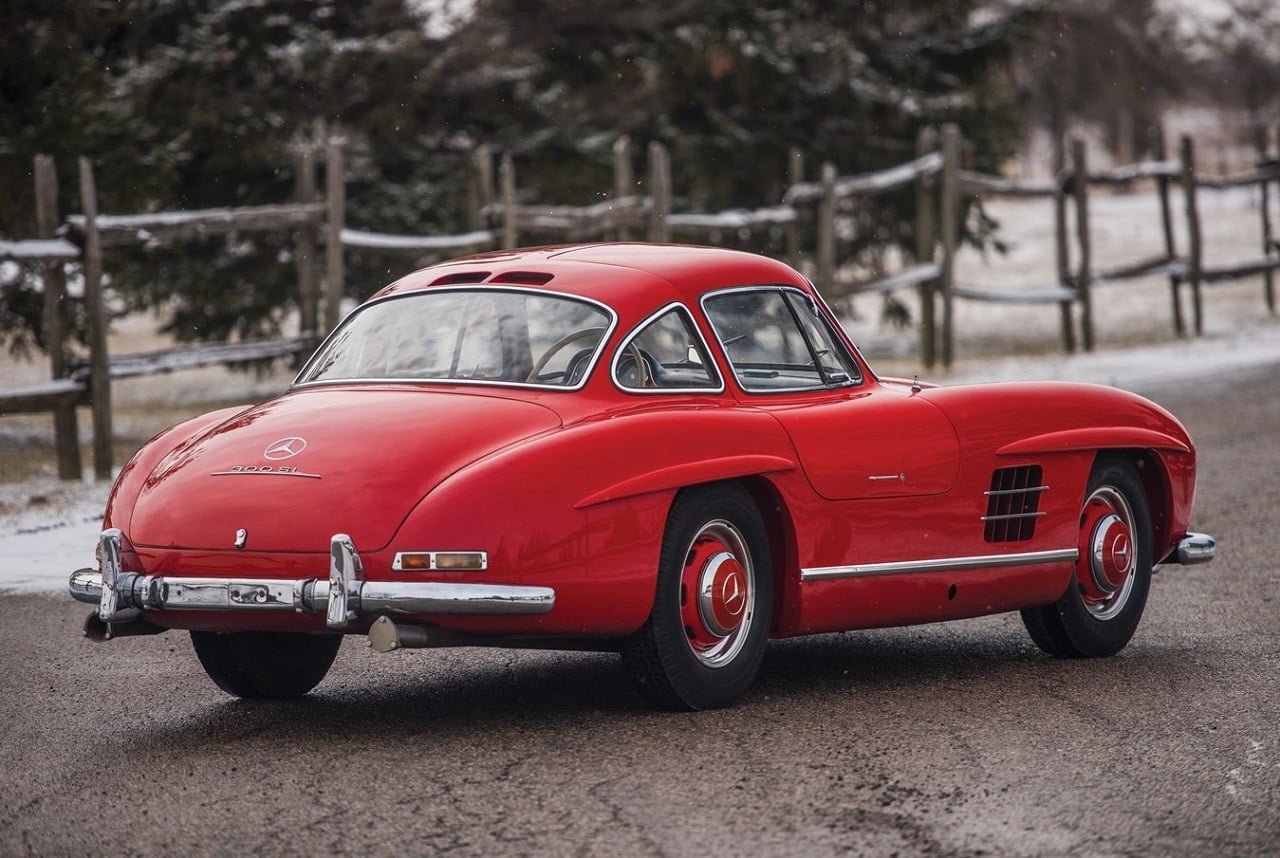 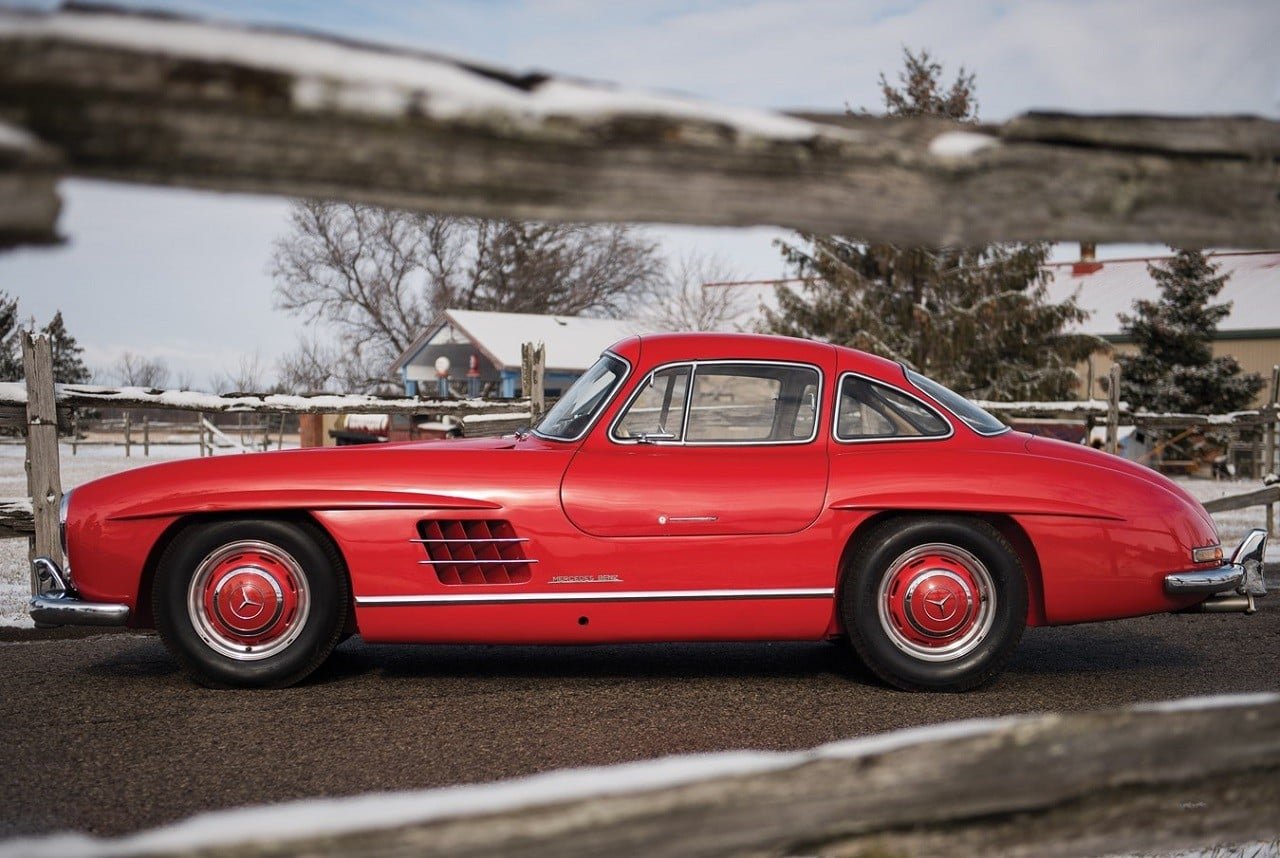 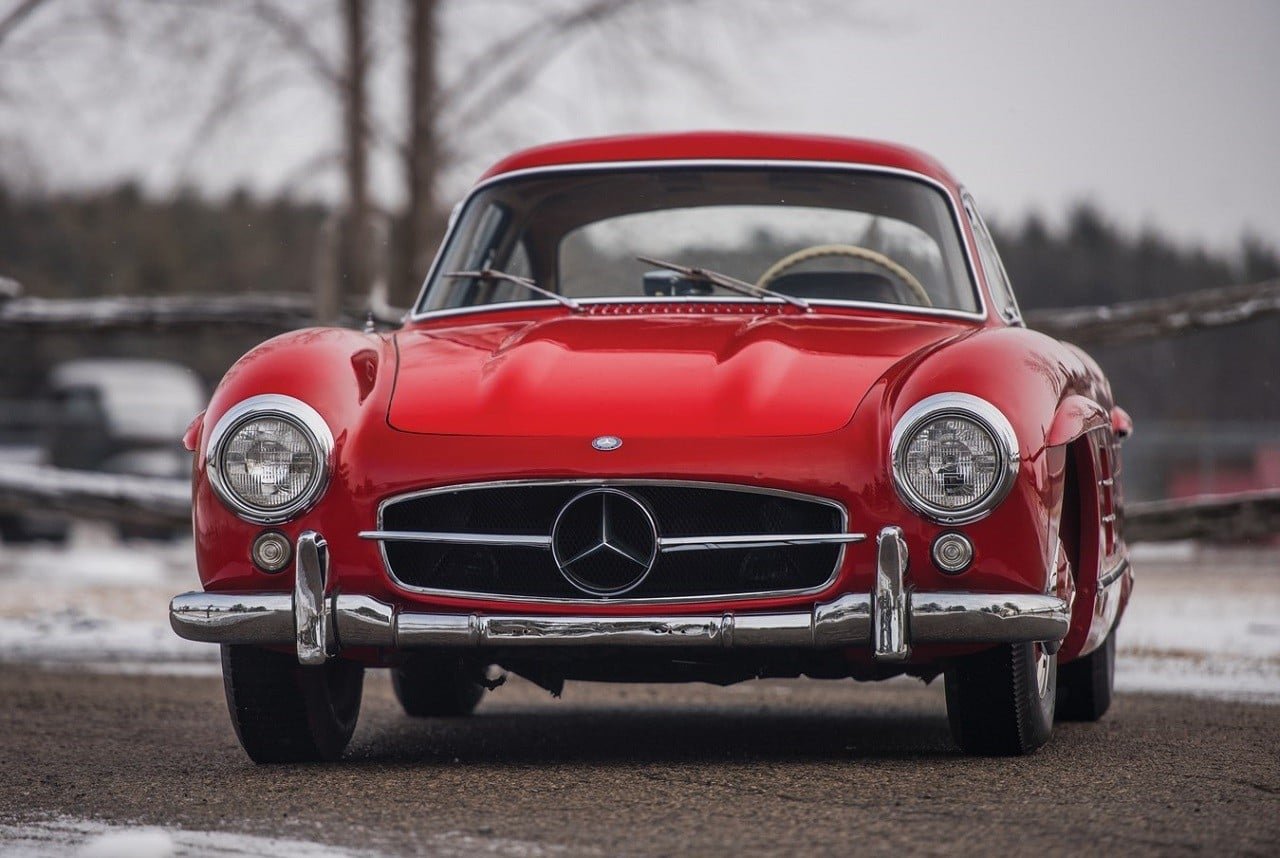 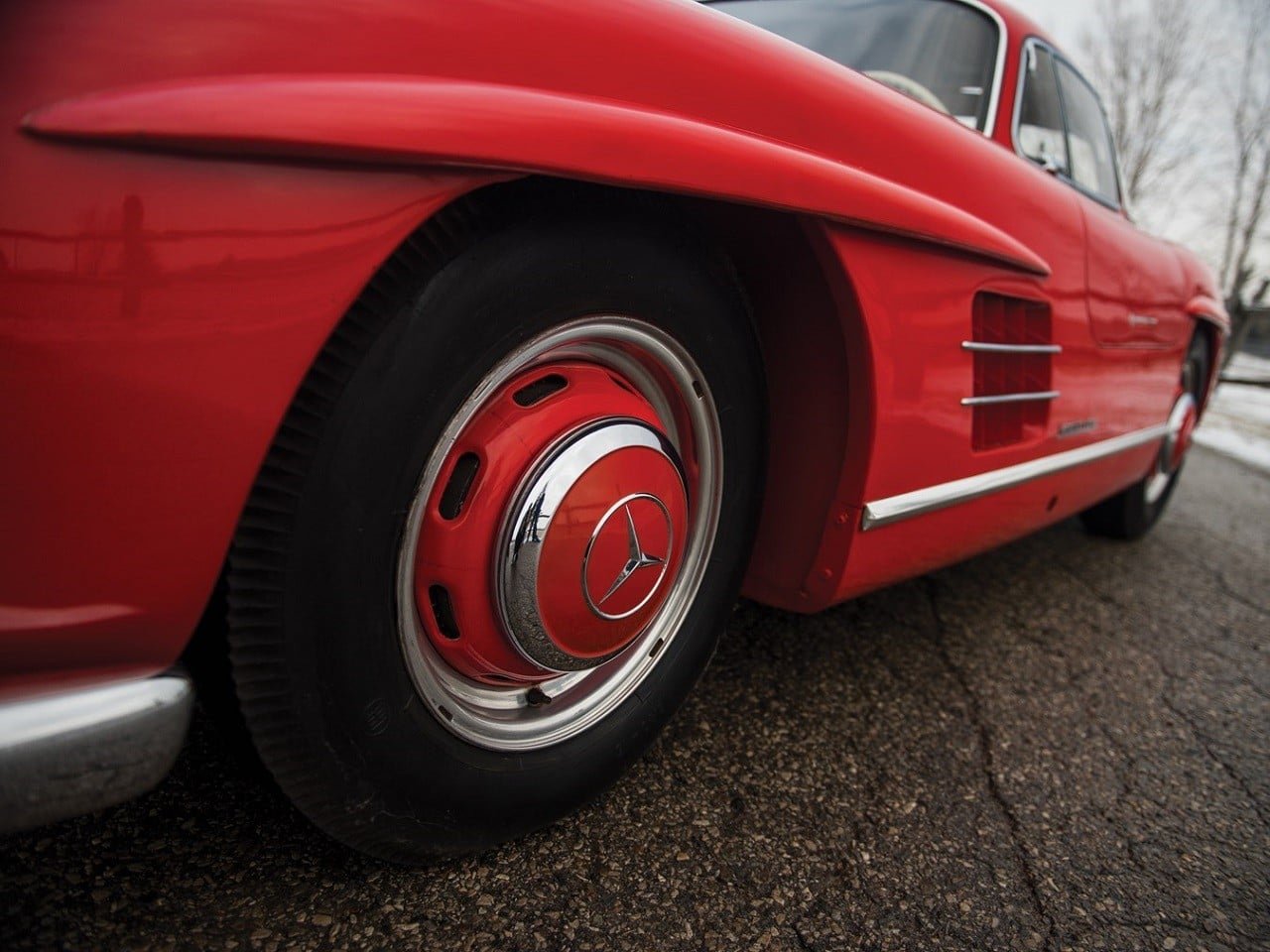 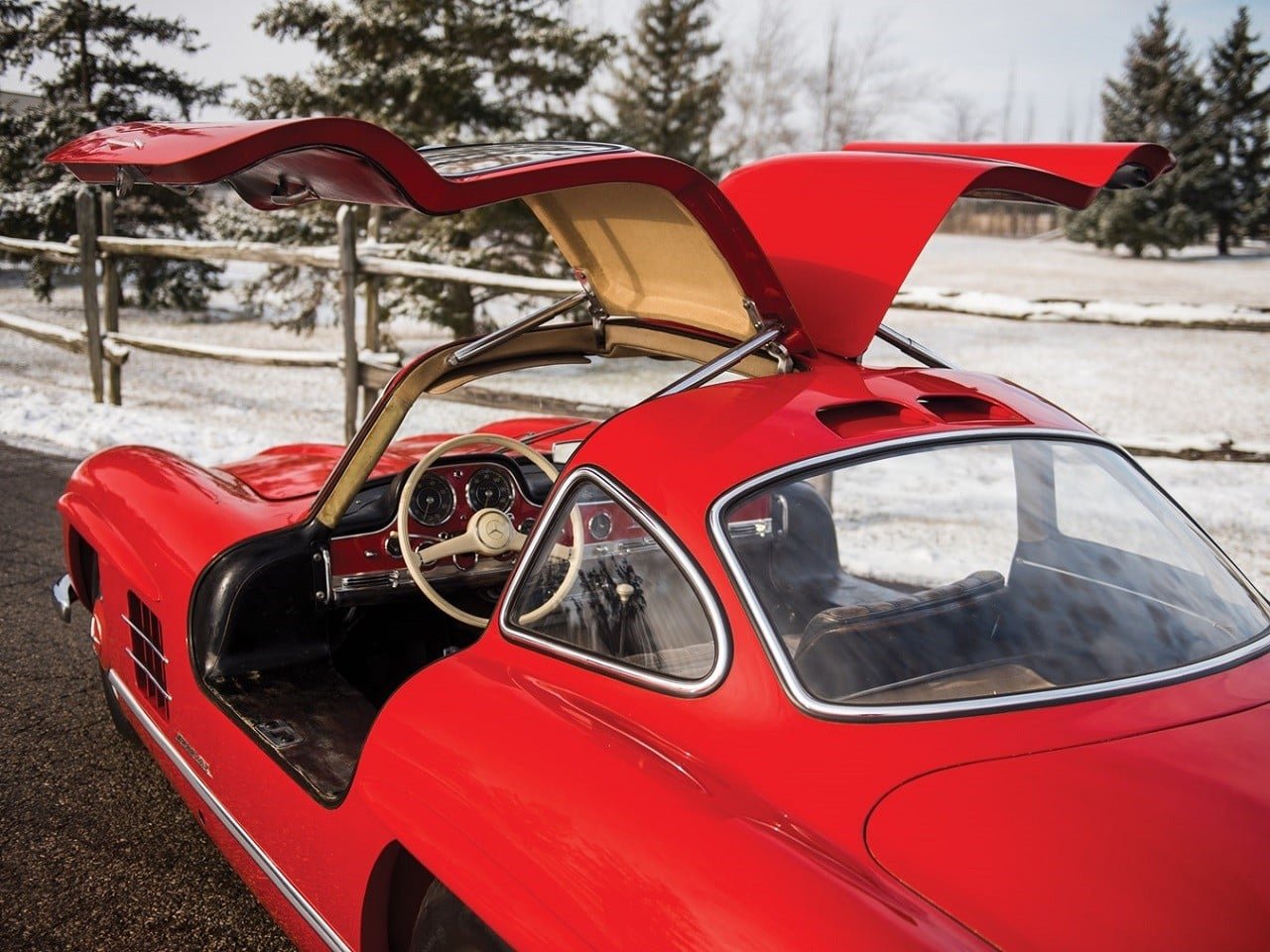 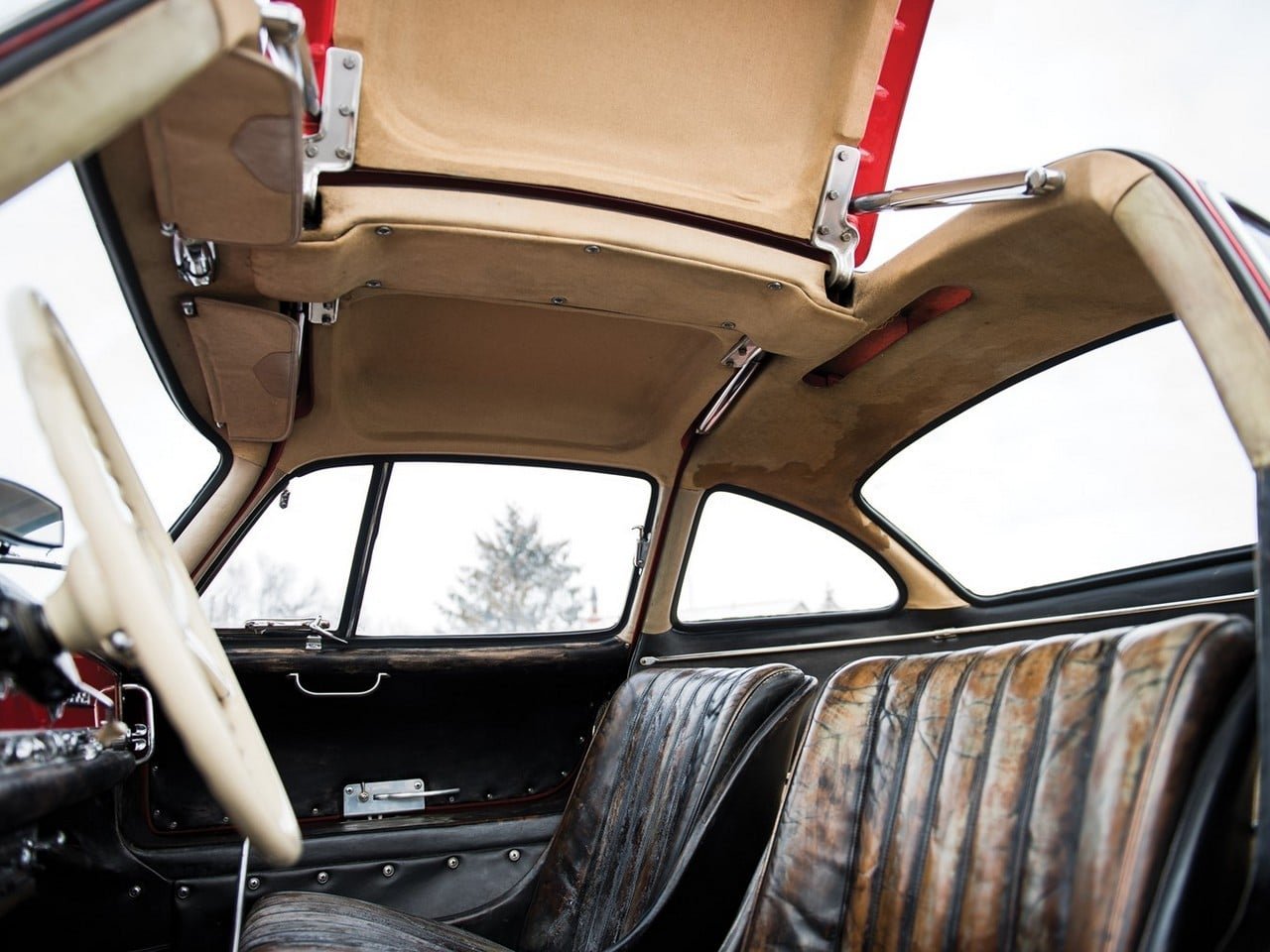 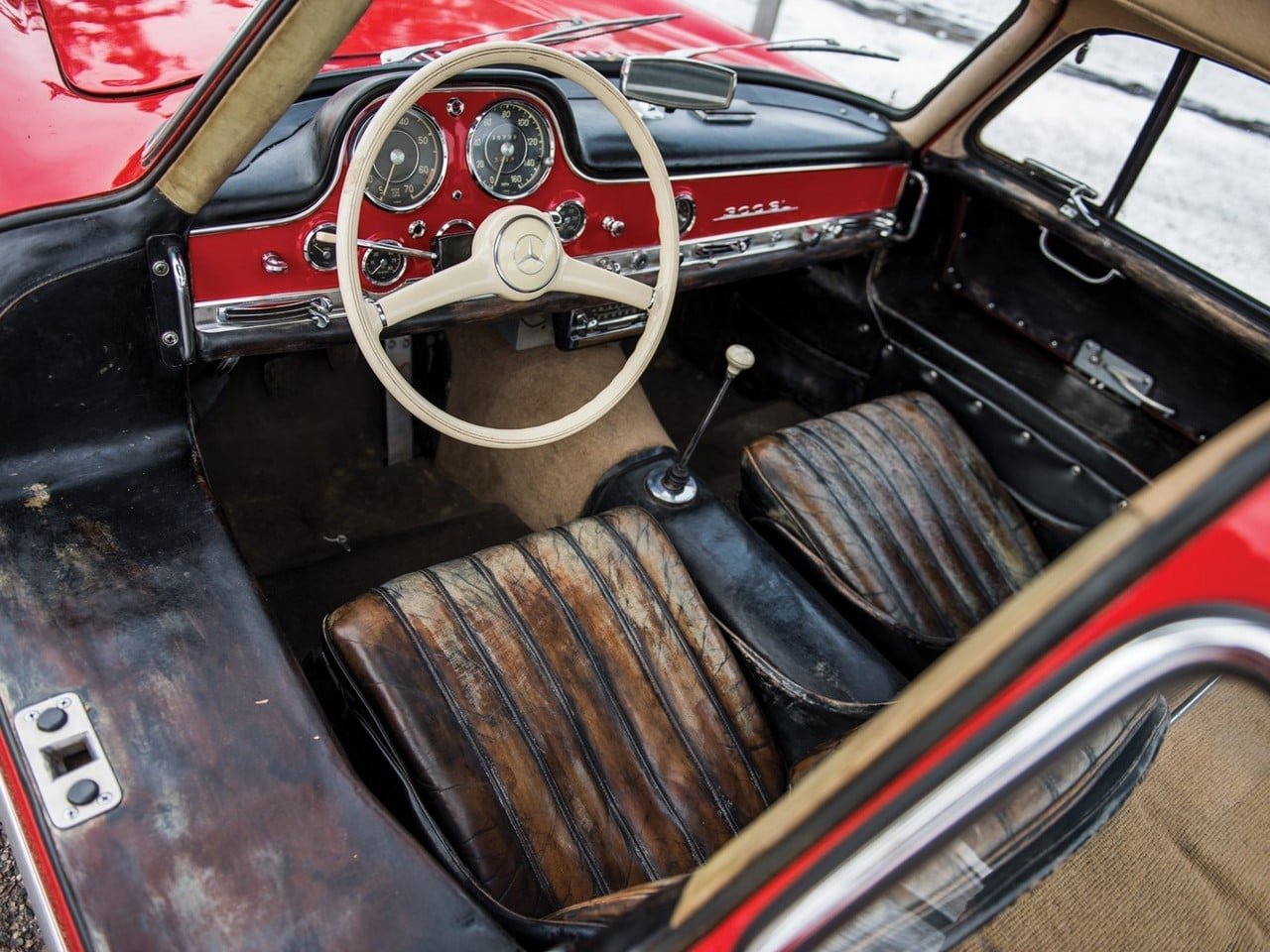 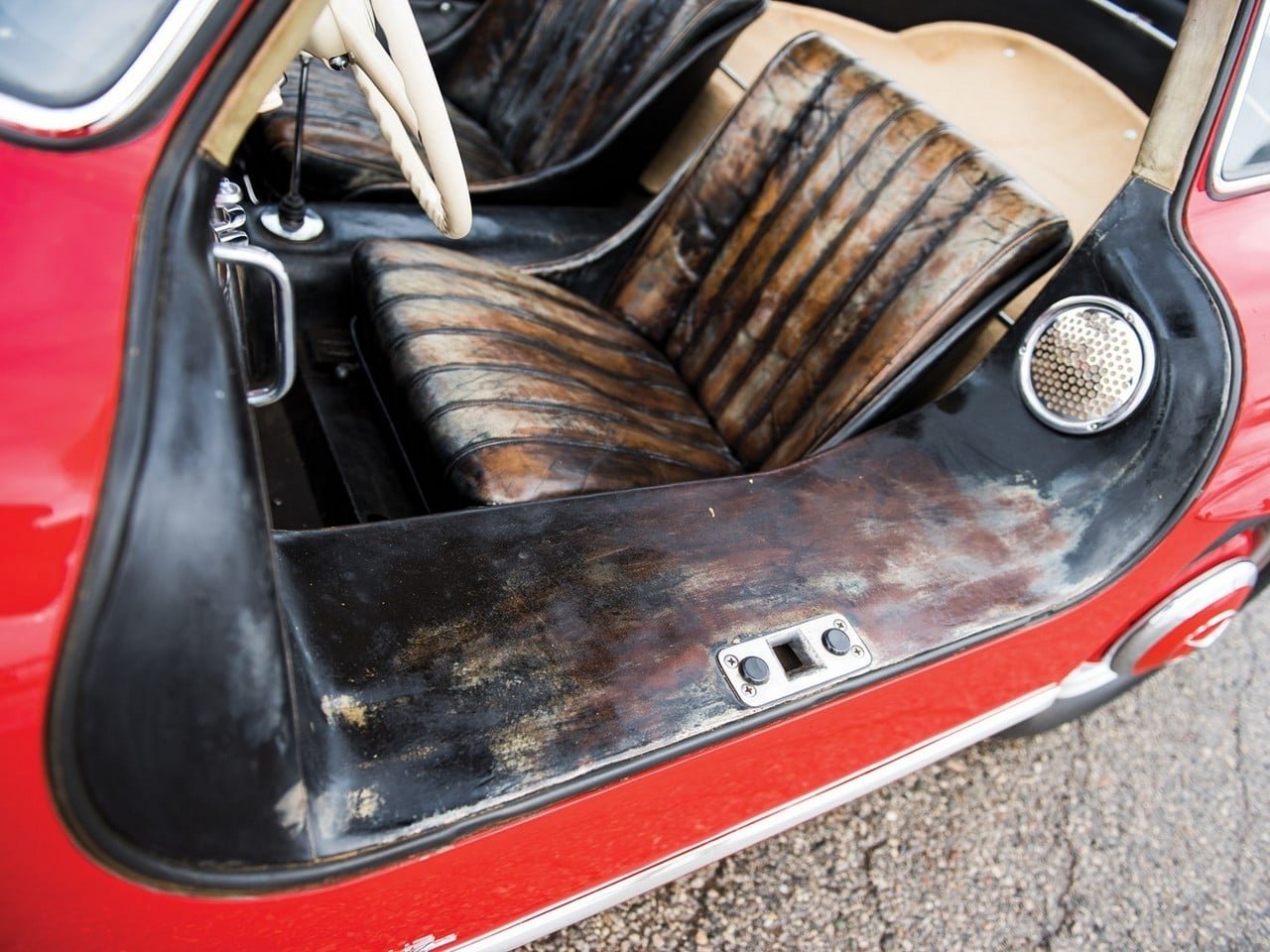 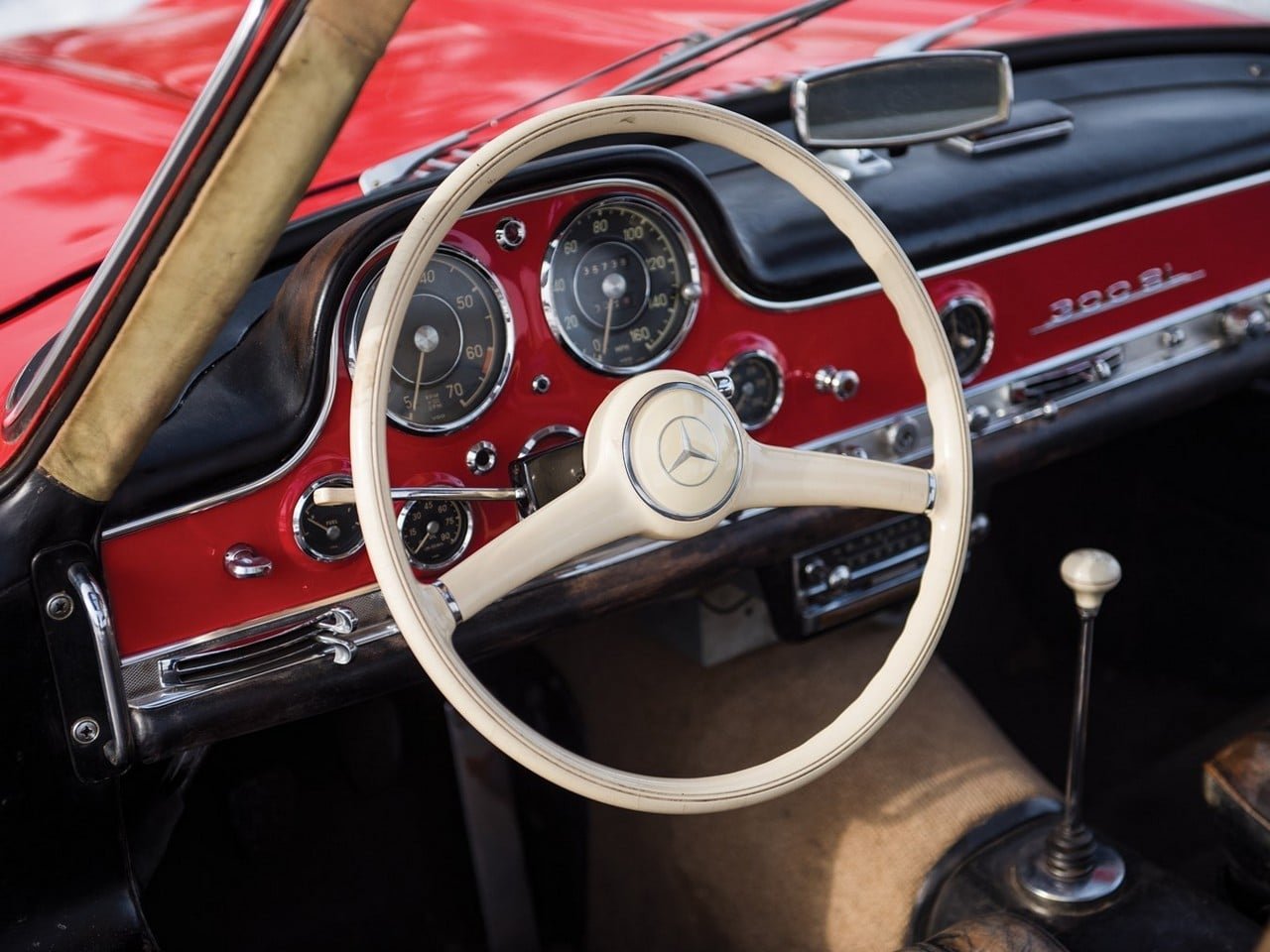 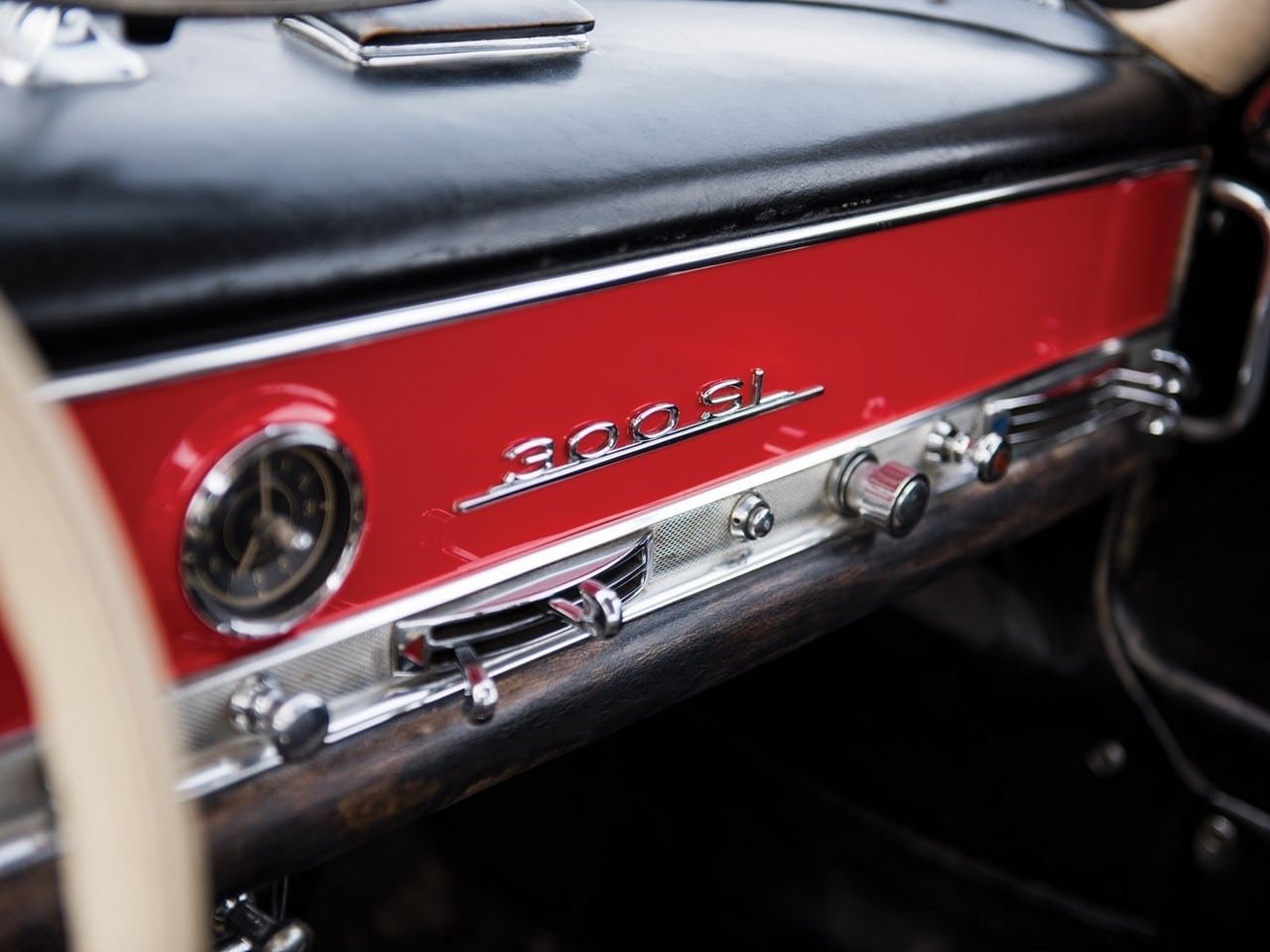 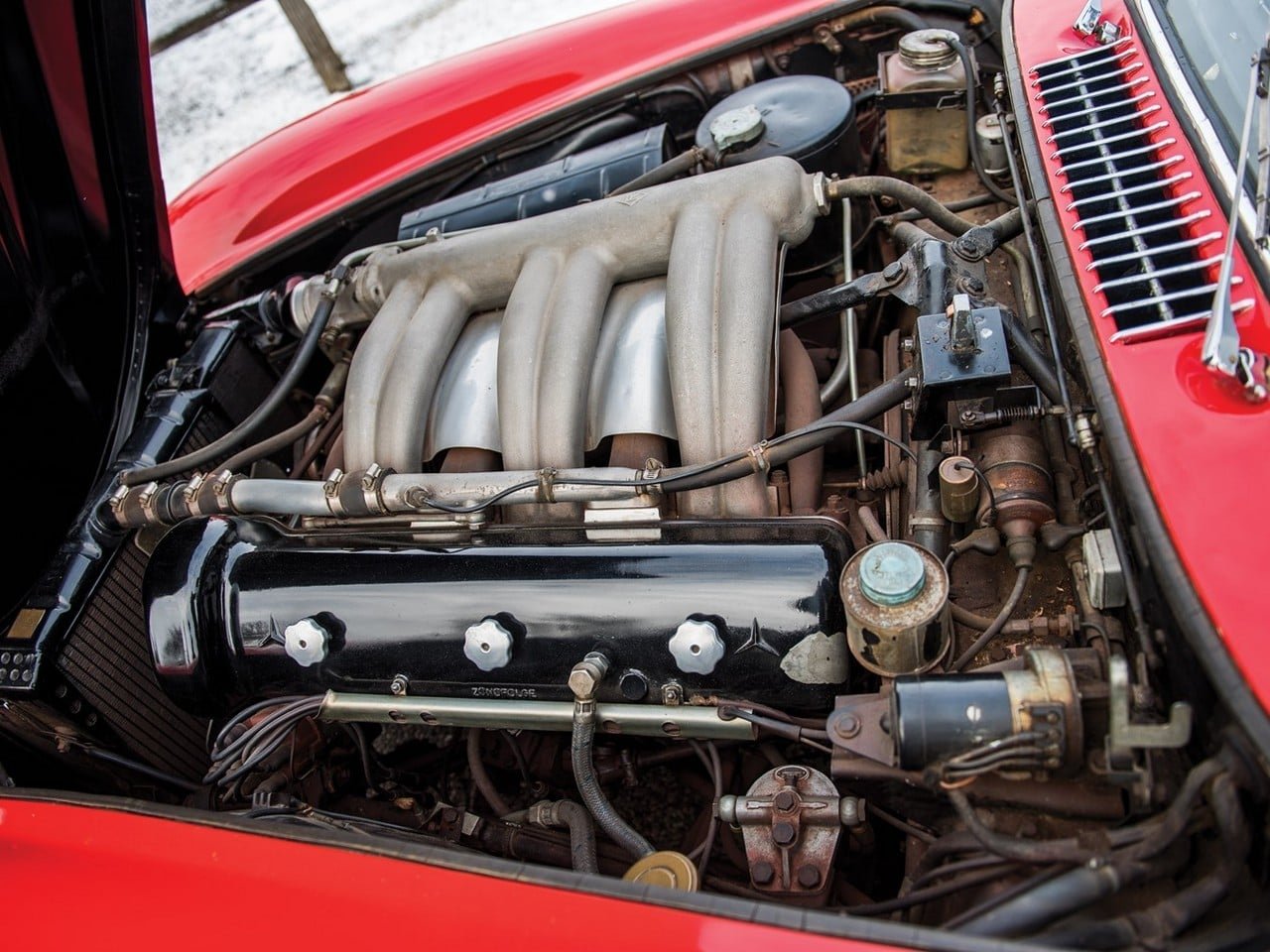 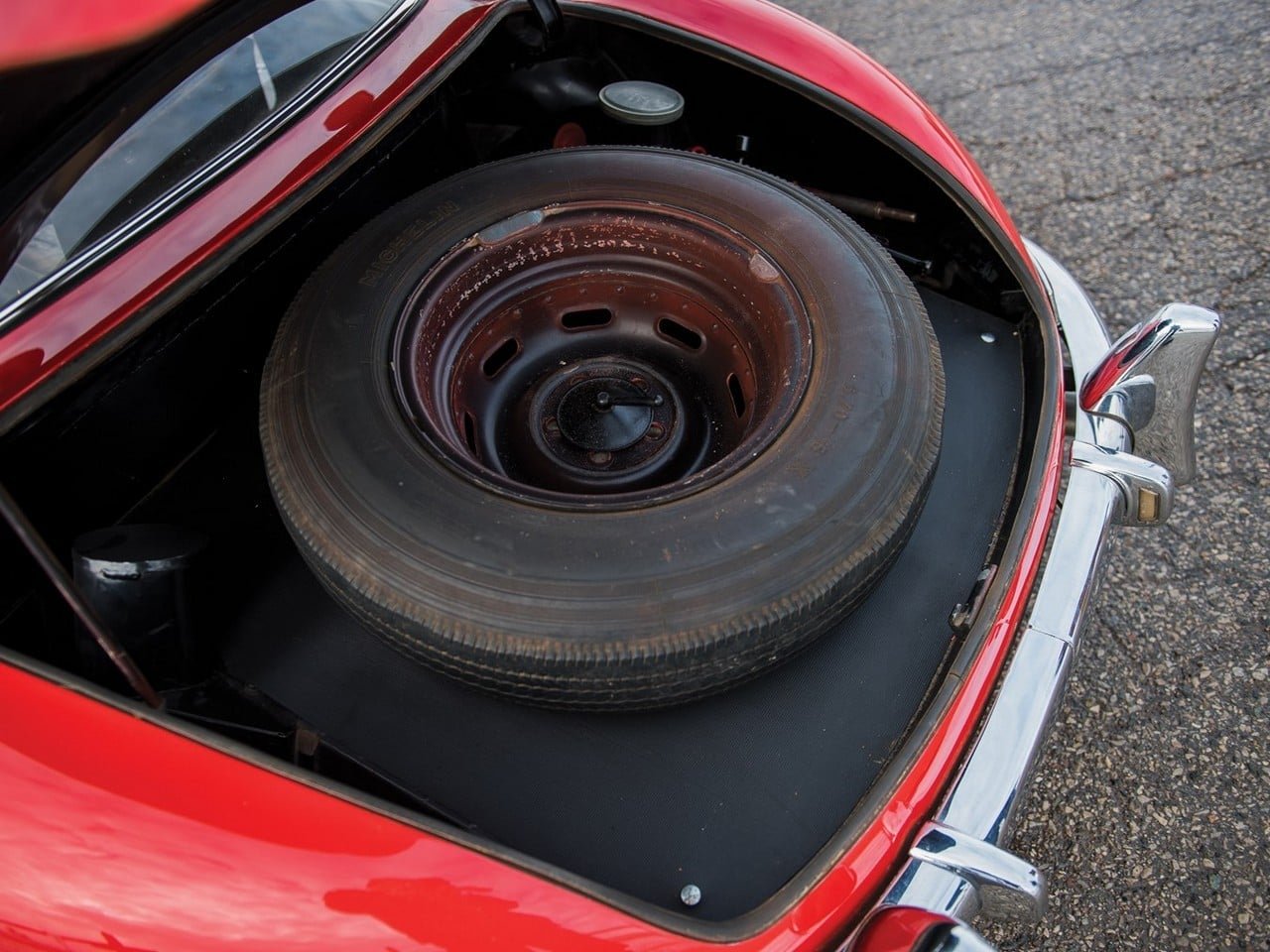