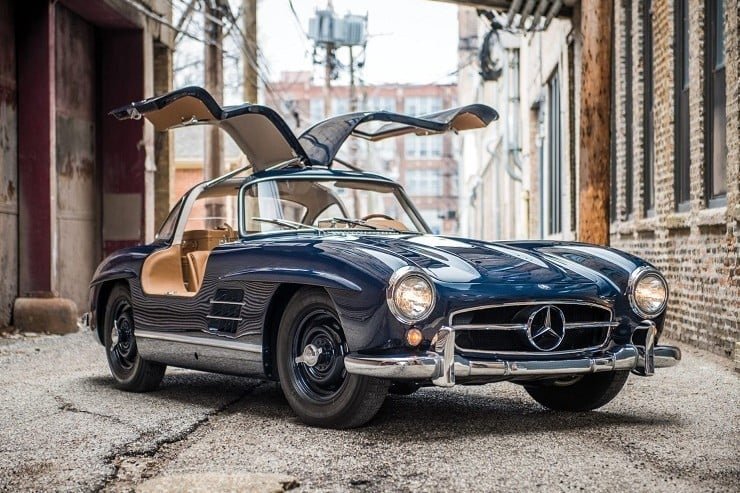 As soon as it was released in 1954, the Mercedes-Benz 300 SL Gullwing became the fastest production car on the road. Also featuring the first mass-produced fuel injection system by Bosch, the 300 SL commanded over 25% more power than her contemporaries.

Named after its top-hinged open doors resembling gull wings, the vehicle had an inline 6-cylinder engine and four-speed gear box, helping it leap out from 0-60 in 8.8 seconds, toping out at around 160 mph. As a popular product of the post WWII economy in the USA, 400 Gullwings were ever sold, which means they are as rare as a winter swallow.

The particular 1954 Mercedes-Benz 300 SL Gullwing (~1.2-1.4 Million) displayed here is currently at auction at RM Sothby’s. Fully restored in 2007 with a complete engine rebuild in 2009, this Gullwing also has a set of fitted luggage and time period appropriate tools, sales brochure and storage bag for the removable quarter-windows.

While there may be faster production cars now, one would be hard pressed to beat this Mercedes-Benz in sheer class. [via] 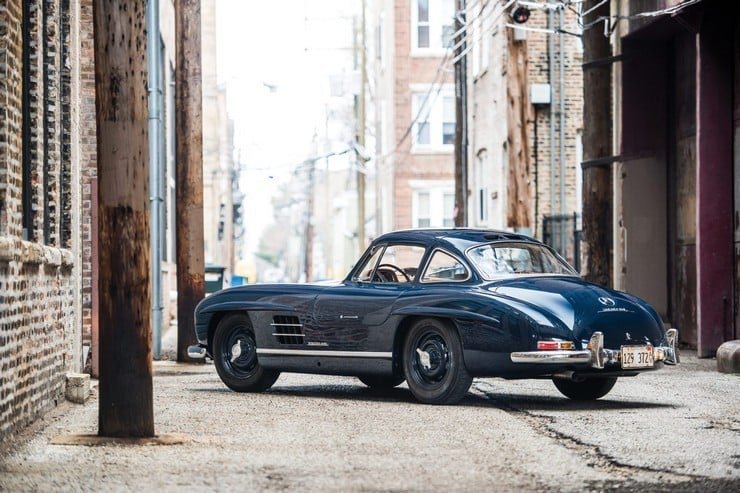 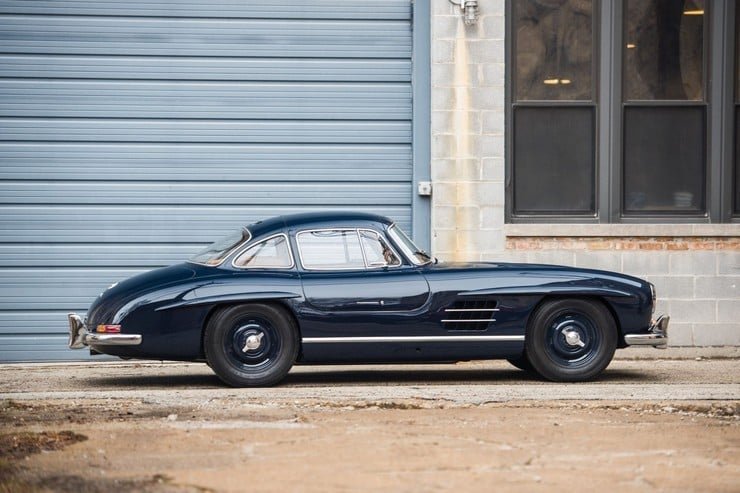 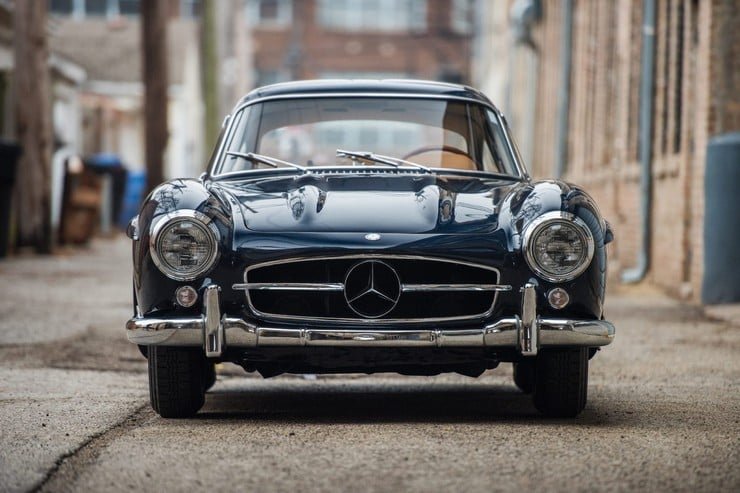 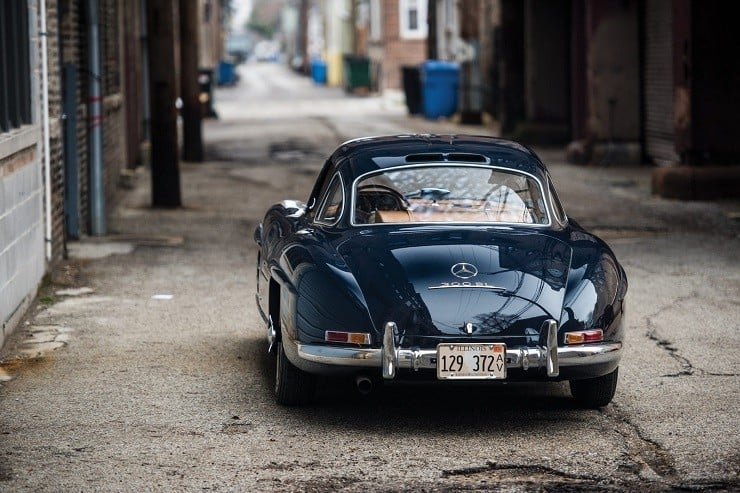 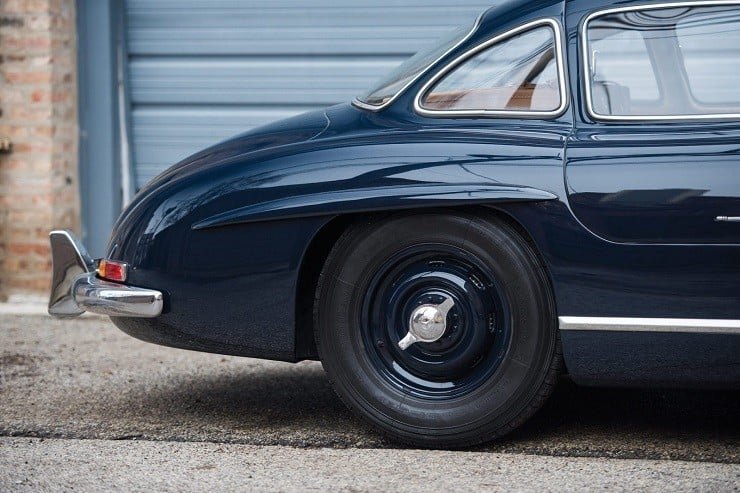 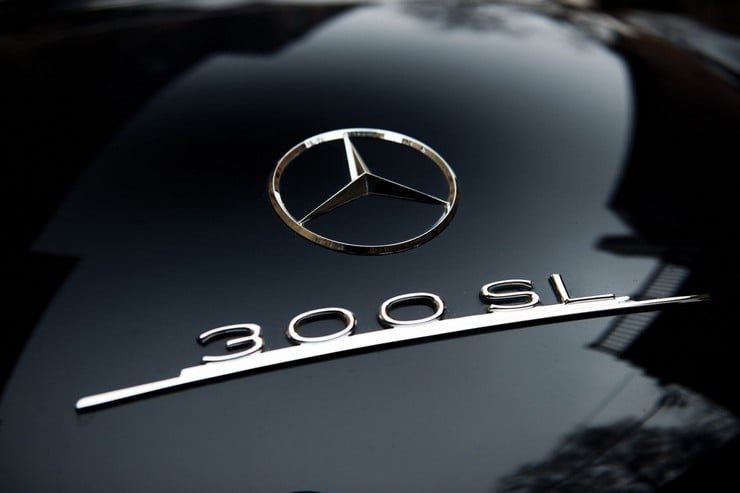 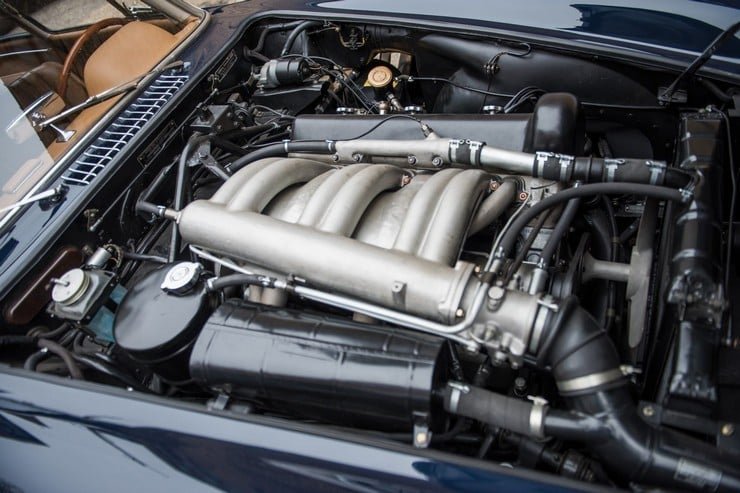 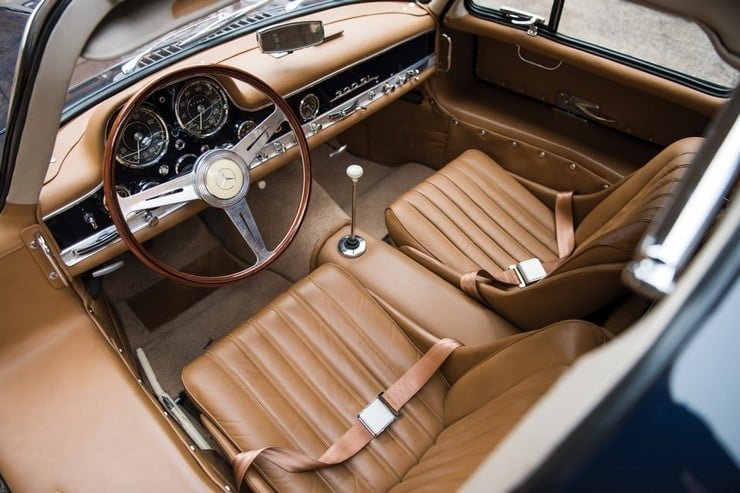 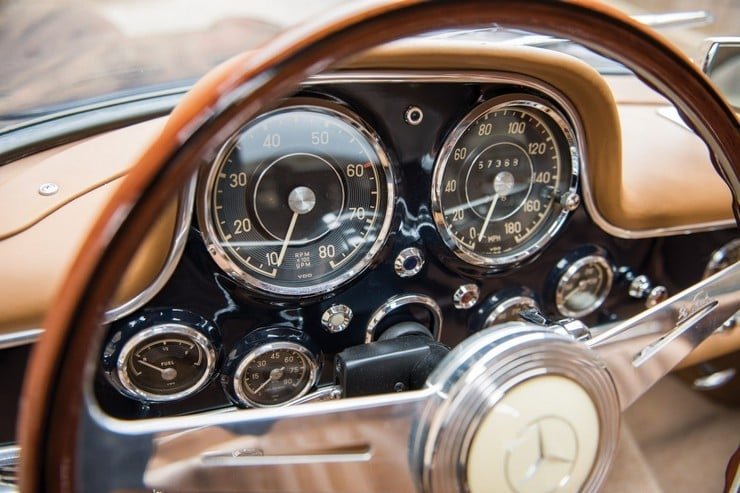 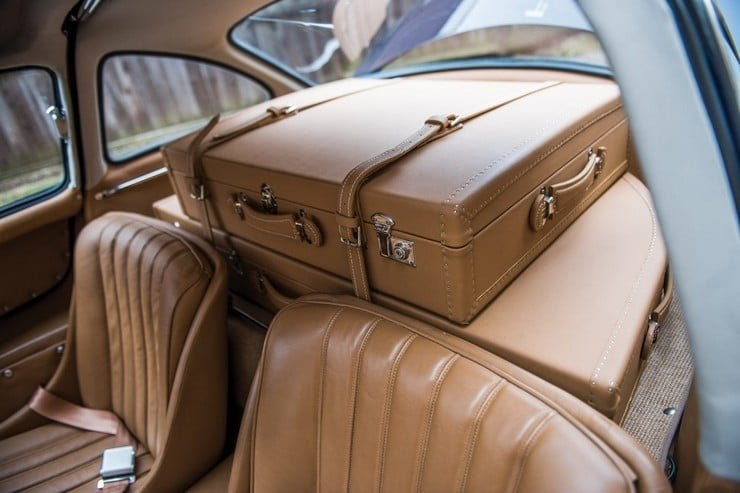 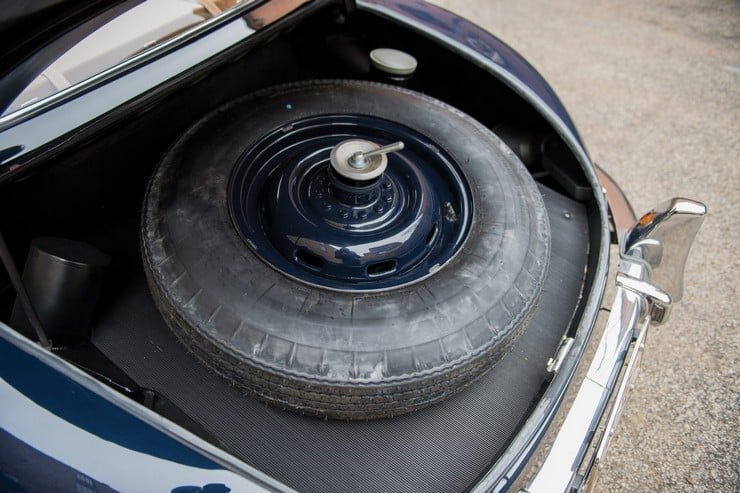