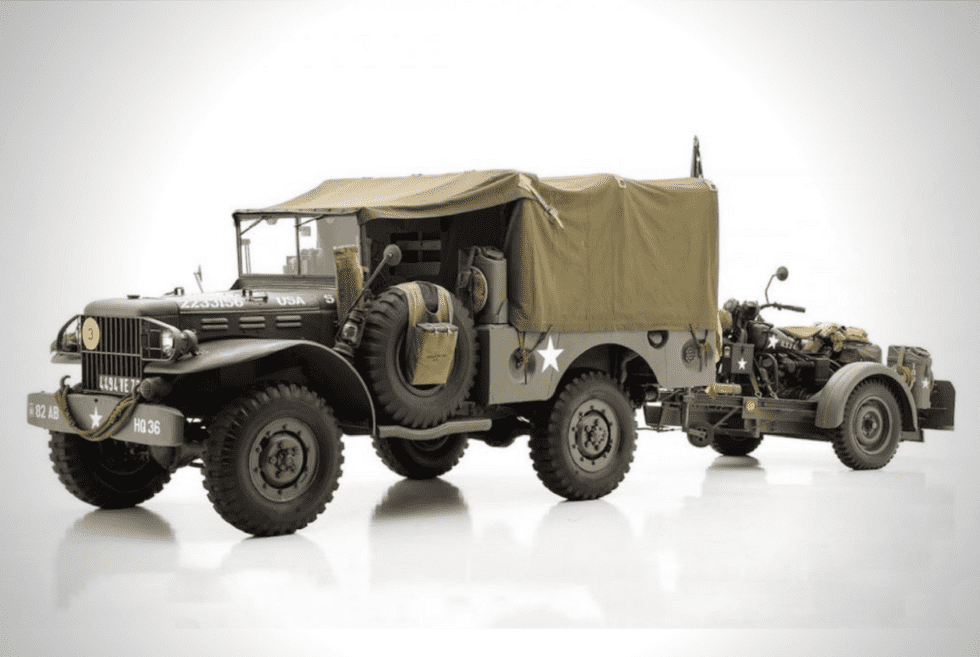 Heads up, old car collectors: The 1943 Dodge WC51 and 1943 Harley WL Motorbike are now up for auction at Hyman LTD. Both these stunning vehicles are straight out of the military and will be perfect new additions to any vintage collector’s roster.

Dodge’s relationship with the military actually began in 1916. That was when the Dodge Brothers provided touring cars for use in an operation against Mexican general Pancho Villa and his revolutionary soldiers. It marked the first time the US Army engaged in motorized battle, earning Dodge a unique place in military history.

First of the two vehicles are up auction is the 1943 Dodge WC51. It’s a 3/4-ton four-wheel-drive truck that served as a weapons cargo vehicle during the second World War. Make no mistake, though. The car has been restored to immaculate condition — the canvas cab roof, seats, and other delicate appointments in fantastic shape. That may not sound impressive at first, but that’s until you consider its war underpinnings. You’ll score a smattering of military equipment as well. Included is a standard issue WWII-spec shovel, weapons, axe, camouflage netting, jerry cans, armament cases, and many others.

The 1943 Harley-Davidson WL completes this two-punch military combo. Towed behind the truck, the trailer has been painstakingly crafted using old photographs and documentation, making for a historically accurate model. Everything is there, down to the authentic spring-dampened pintle hitch and military-spec wheels. Sure, some arrangements had to be made in the restoration process, but nonetheless, it still looks and feels authentic.

It’s not everyday you get the chance to own a fragment of World War II history, so act fast if you want this in your military vehicle collection. Both will be yours for $69,500. 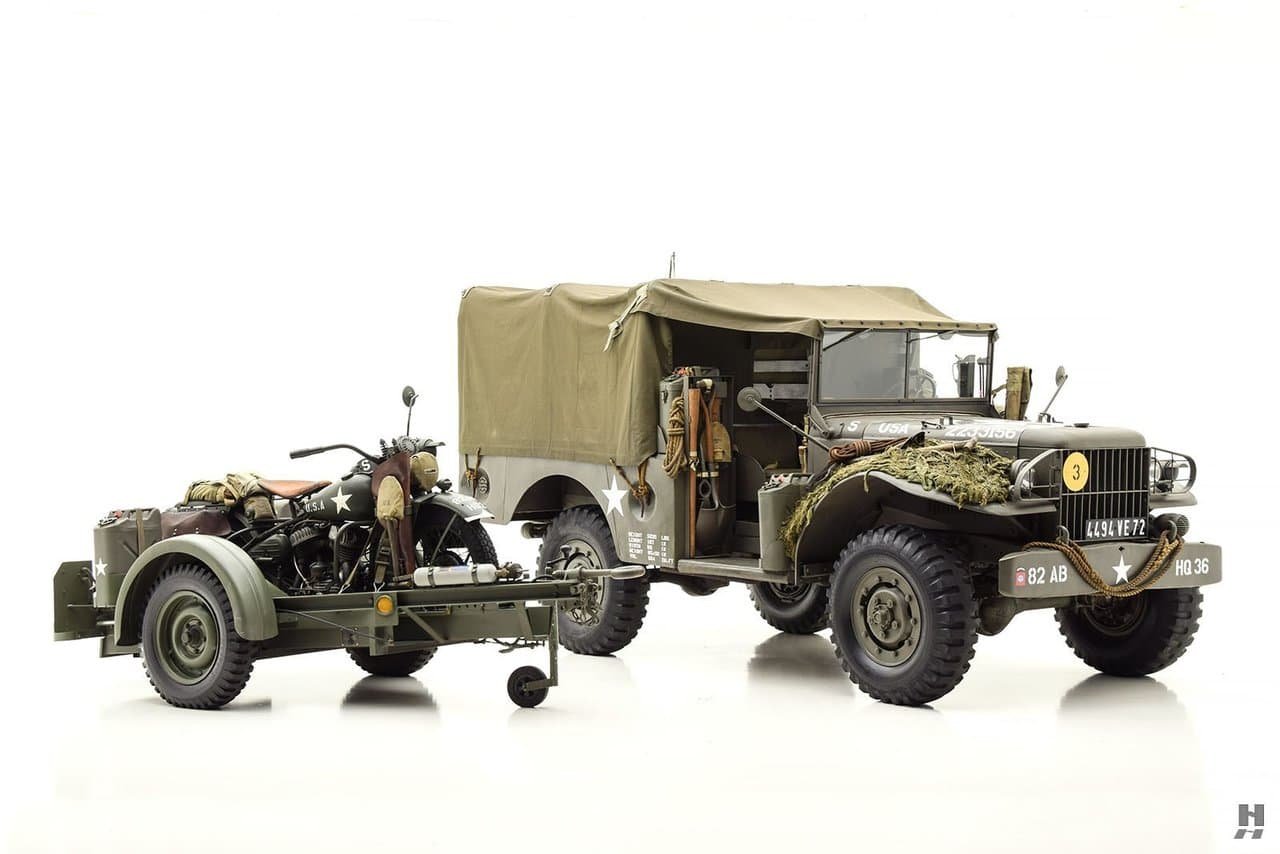 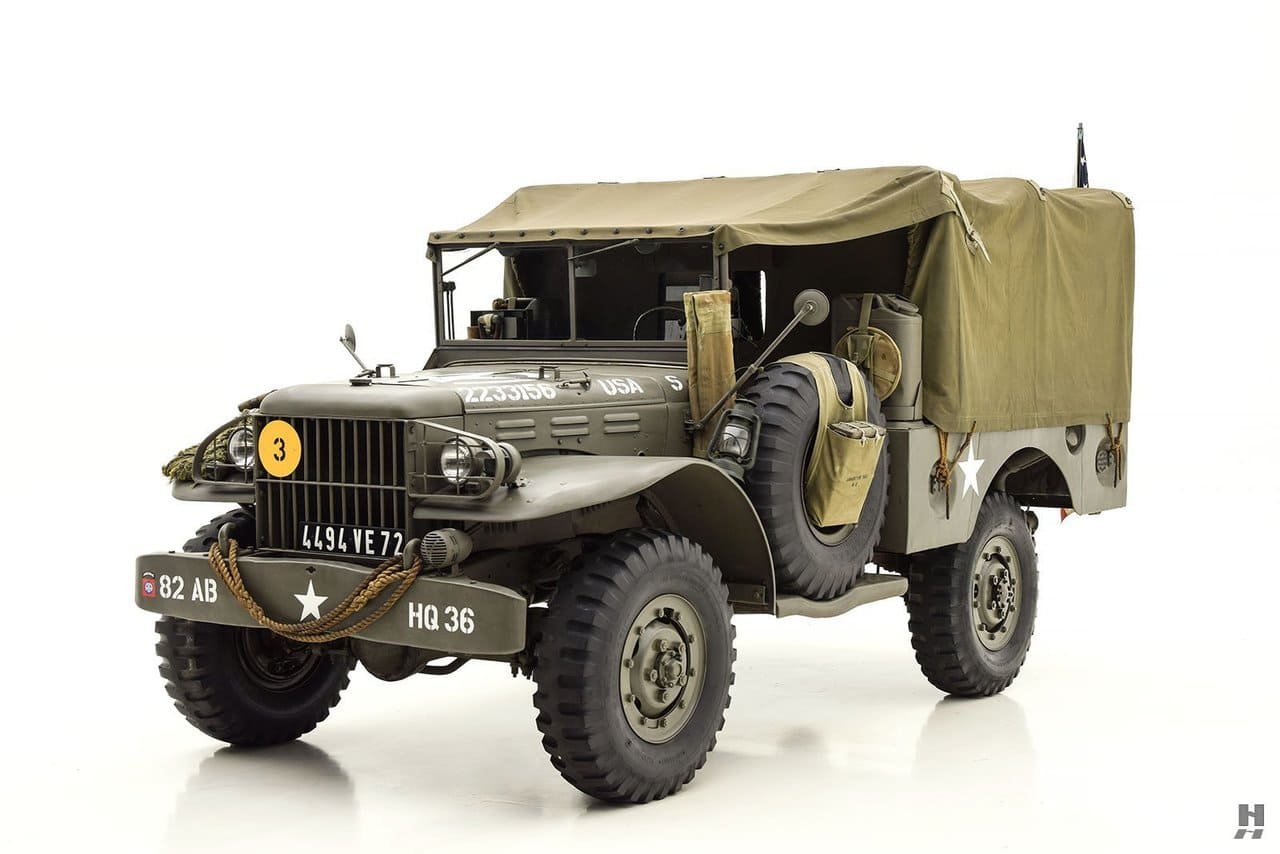 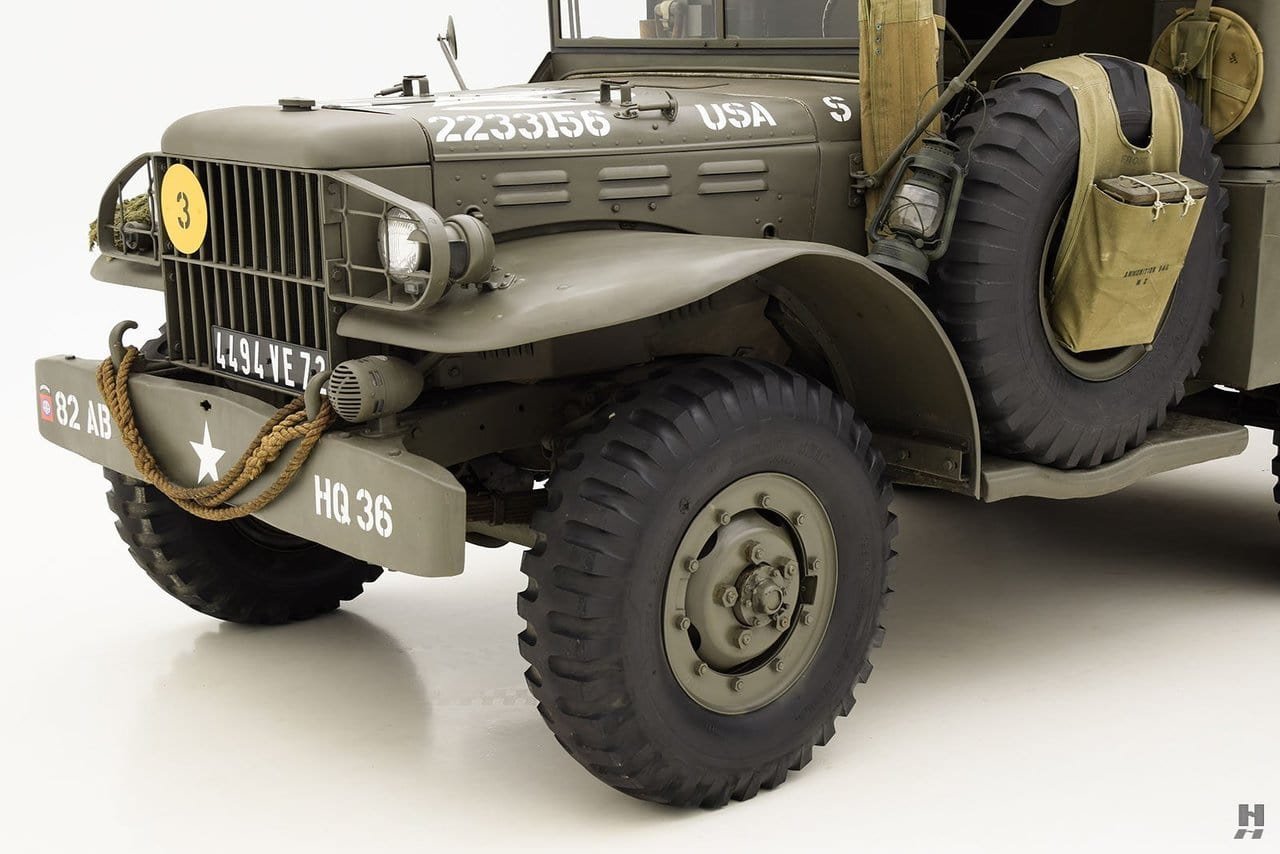 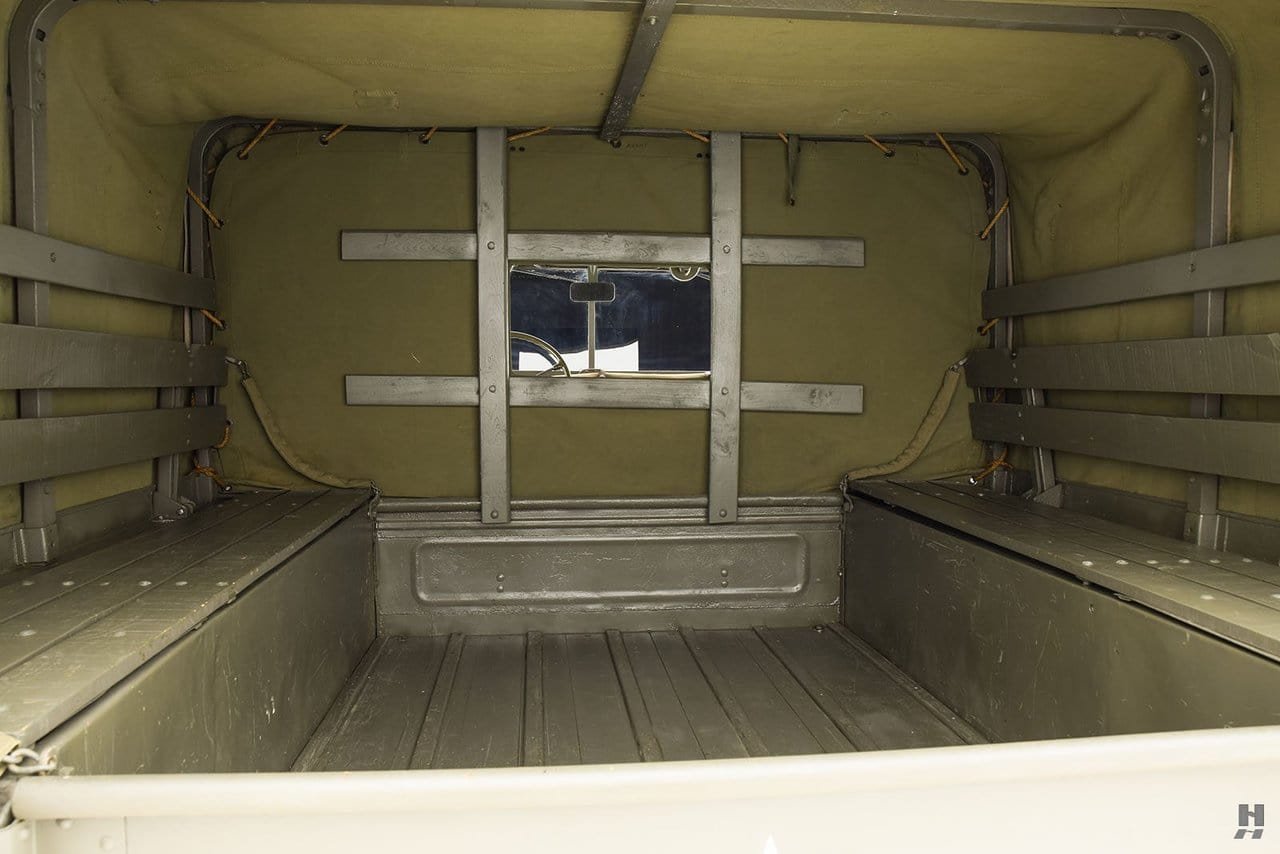 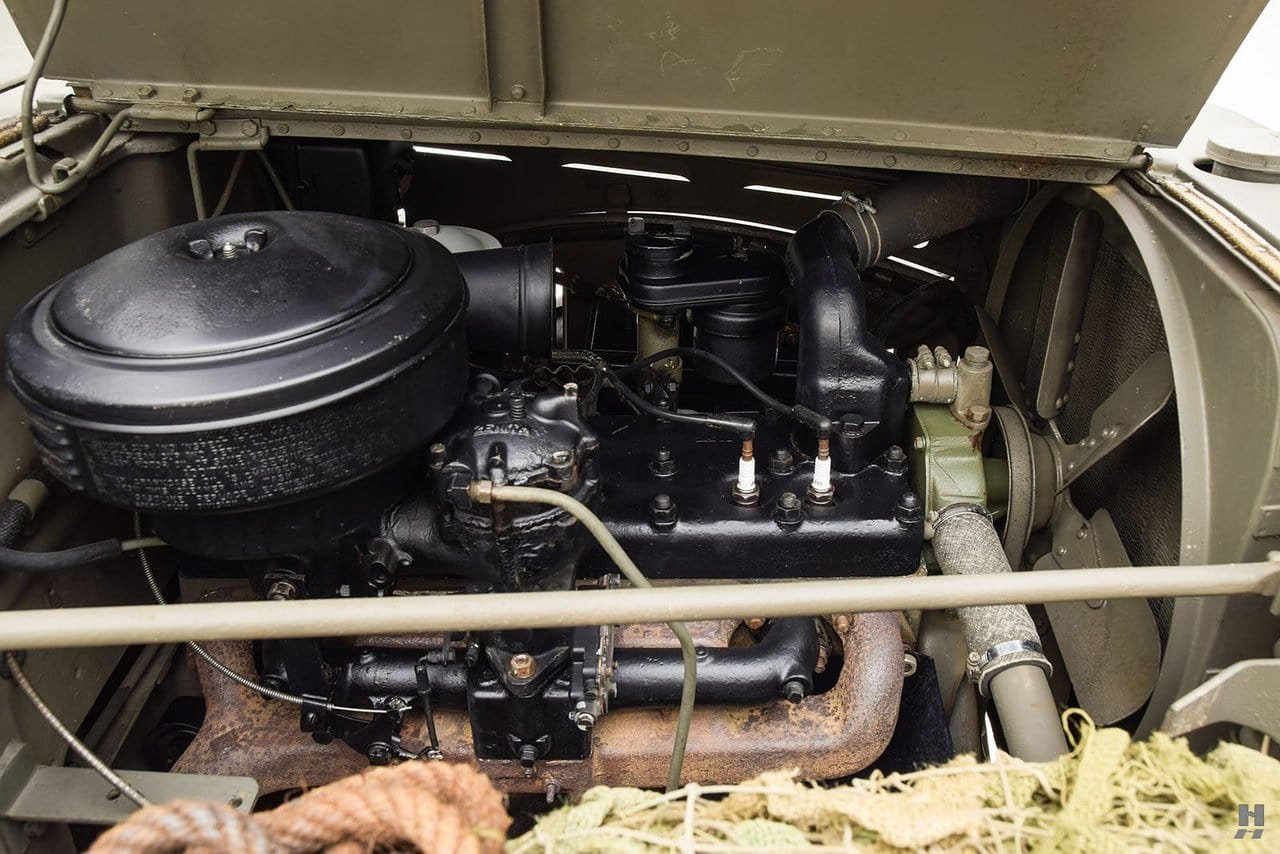 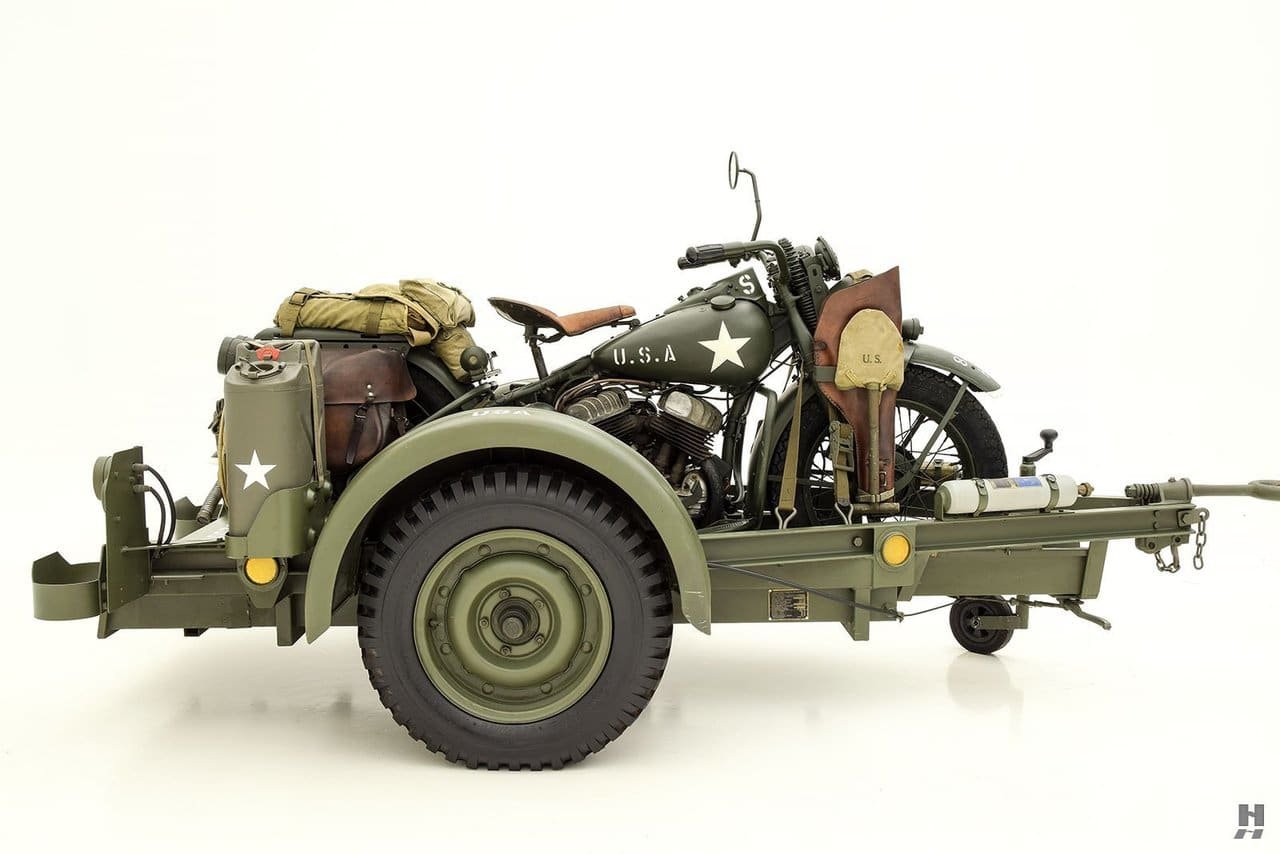