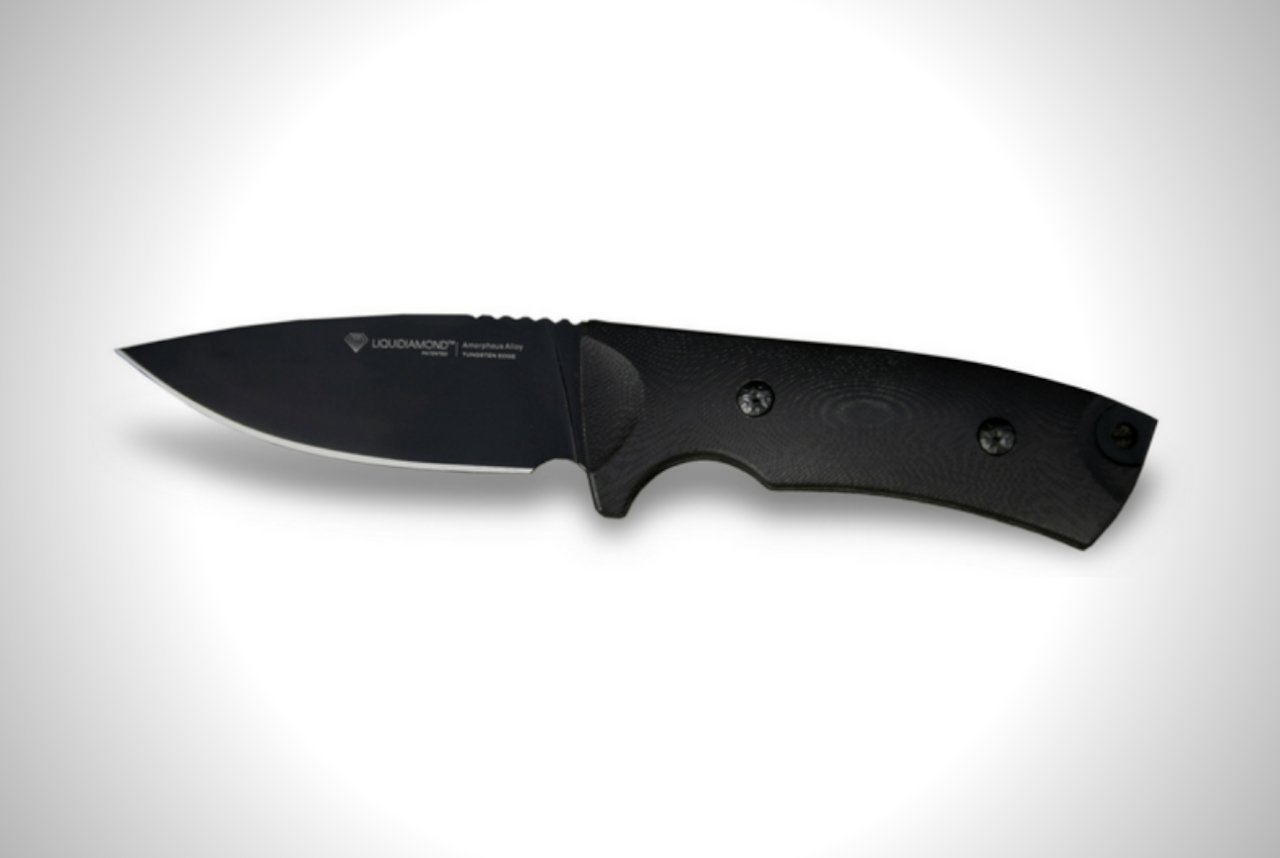 This knife is the sharpest, strongest, most durable knife on the planet, or so Ultimatedge claims. Also, it apparently lasts 10 times longer than other knives in this category. The kicker? Its special metal alloy is twice as strong as titanium.

These aren’t just vague buzzwords: The folks behind this knife aren’t kidding around. The blade features patented alloy from NASA and Cal-Tech. Why stop there? Ultimatedge threw in Diamond-Like Carbon and tungsten to make it even sharper.

That technology, called LIQUIDIAMOND, is patented — no other knife company will be able to use it for this knife category, only Ultimatedge, so the Fixed-Blade Bushcraft & Survival Knife technically is the sharpest knife there is.

It doesn’t look anything quite special at first glance, but when it comes to knives, function always trumps form, and needless to say you won’t be disappointed by its performance. It’ll probably take a long time before you seen an alternative; chances are this knife is going to be your primary cutting tool.

In developing this knife, Ultimatedge says they were inspired by the fact that there has been very little innovation when it comes to knife-making, and they wanted to change the course of knife technology. After rigorous research, they eventually landed on the aforementioned LIQUIDIAMOND tech and made the sharpest knife in the world.

“We strongly believe this will reinvent the outdoor knife industry and become the NEW standard for excellence in this field,” according to the company.

You can visit the Kickstarter campaign and pledge $129 one Ultimatedge Knife. If all goes according to plan, you’ll have by March next year.