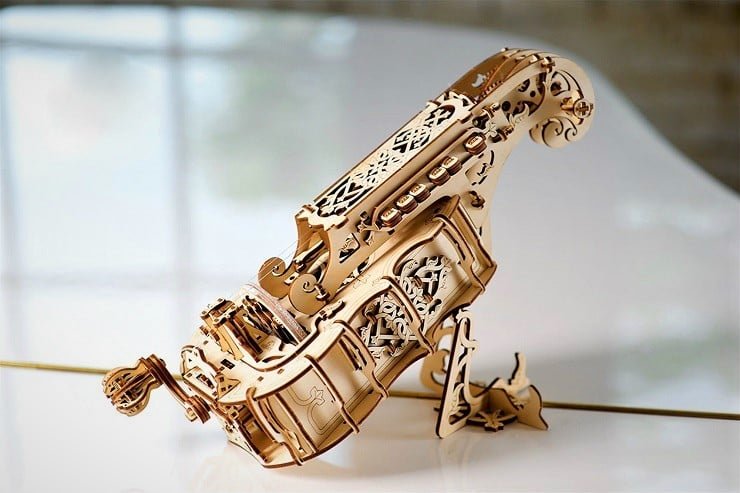 In just 3 years Ukrainian startup, UGears, has swept Europe and the world with their delightful and imaginative self-propelled wooden mechanical model kits. All their models are made of sustainably sourced wood and require no glue to be fully assembled into functional working models, nor do they require batteries as they are powered by rubber bands, gears, cranks, and even gravity.

Their latest model goes one better because once you finish putting the UGears Hurdy Gurdy Kit ($60) together you can play music with it! Based on the 15th Century organistrum, UGears has created an intricately detailed, fully functional version of this medieval instrument. All the pieces are precut into the plywood boards and are easily removed for assembly following the detailed instructions provided. T he only non-wood parts, by necessity, are the two strings that rub against the crank powered wheel and the rosin used to wax it.

The instrument includes two tuning pegs for the strings and six rubber-band powered spring-loaded keys to determine the notes. UGears also includes tablature for several songs so that even a novice musician can get started making music as soon as the Hurdy Gurdy kit is complete. 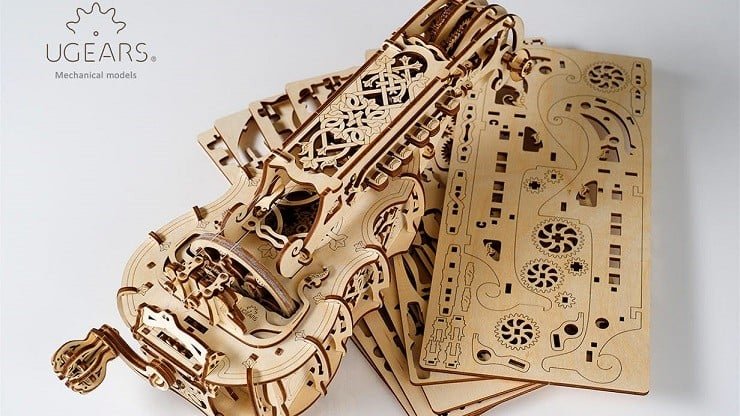 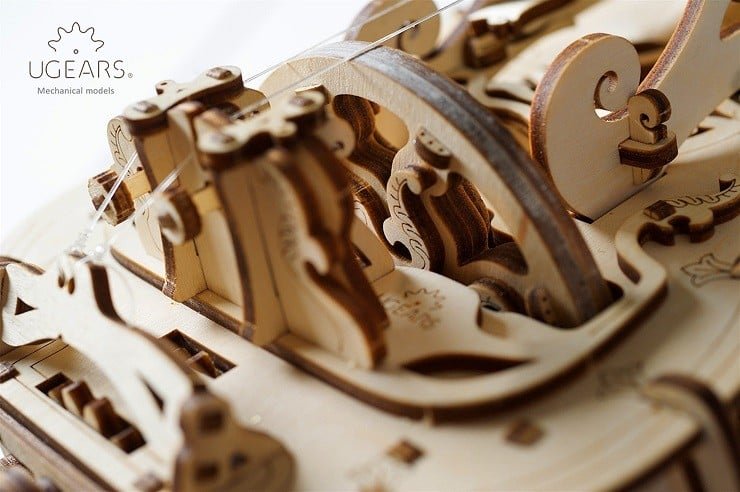 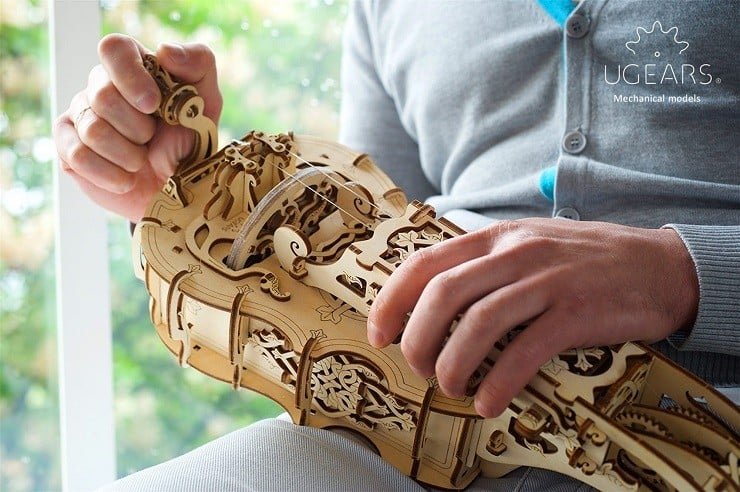 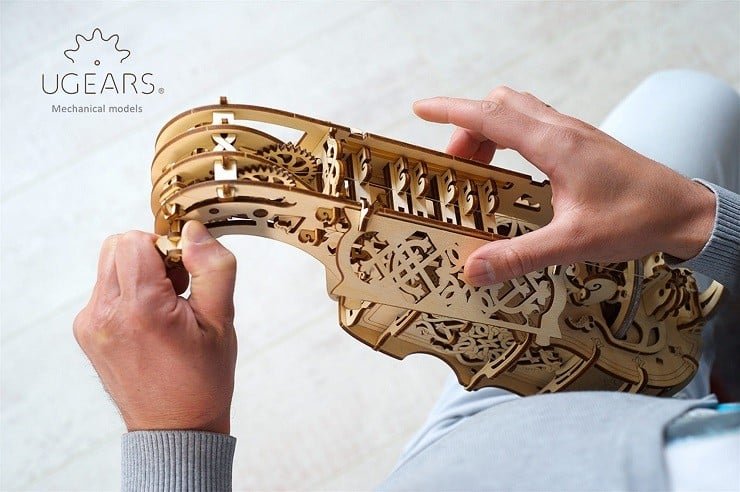 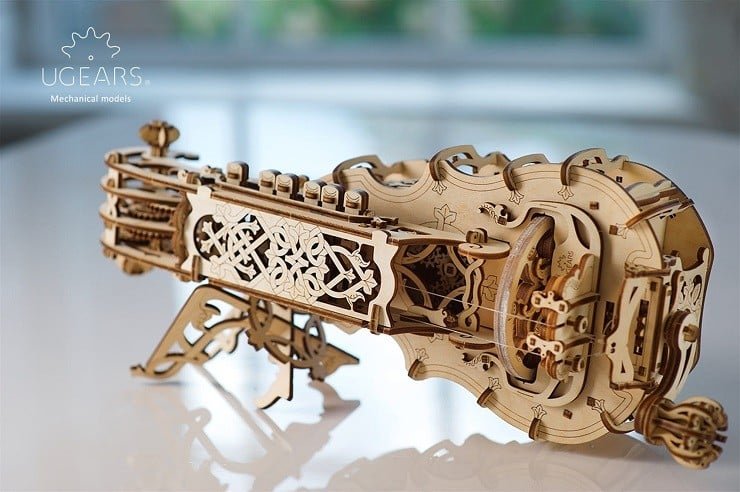 Erazor: A Sleek Electric Shaver With Ceramic Blades And A 60-Day Battery Life

Equipping the Erazor with ceramic blades and an 800-mAh battery allows it to outperform and outlast every other electric shaver out there.