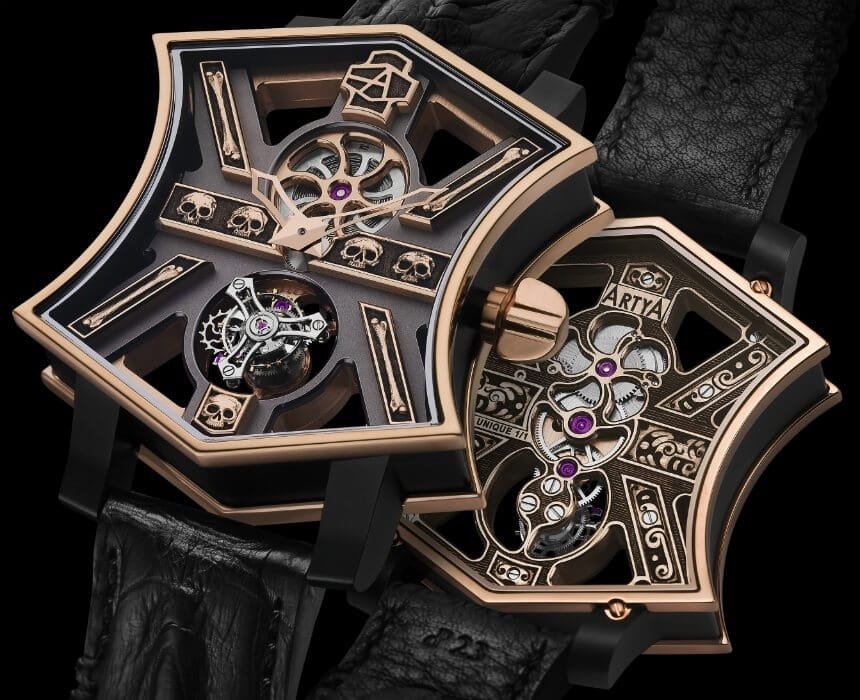 After having worked with iconic brands like Hublot, Baume & Mercier, and Romain Jerome, Swiss watch designer Yvan Arpa finally decided to launch his own brand of ultra-luxurious and highly innovative timepieces and called it ArtyA. He created two one-off pieces for 2016, both of which flaunt striking electric guitar-inspired cases.

The ArtyA Cumbere Tourbillon is an openwork model with large sapphire crystals both on the front and on the back of the case. The mechanism inside is generously exposed and can completely mesmerize any onlooker. The bones and skulls adorning the dial have been hand-engraved using a technique that Arpa calls “Blackwork Engraving”.

A flying tourbillon is positioned at six o’clock, leaving the 12 o’clock position open for a single large barrel with an impressive 100 hours of power reserve. The movement was built by Manufacture d’Horlogerie Contemporaine (MHC) after a design by Yvan Arpa himself. 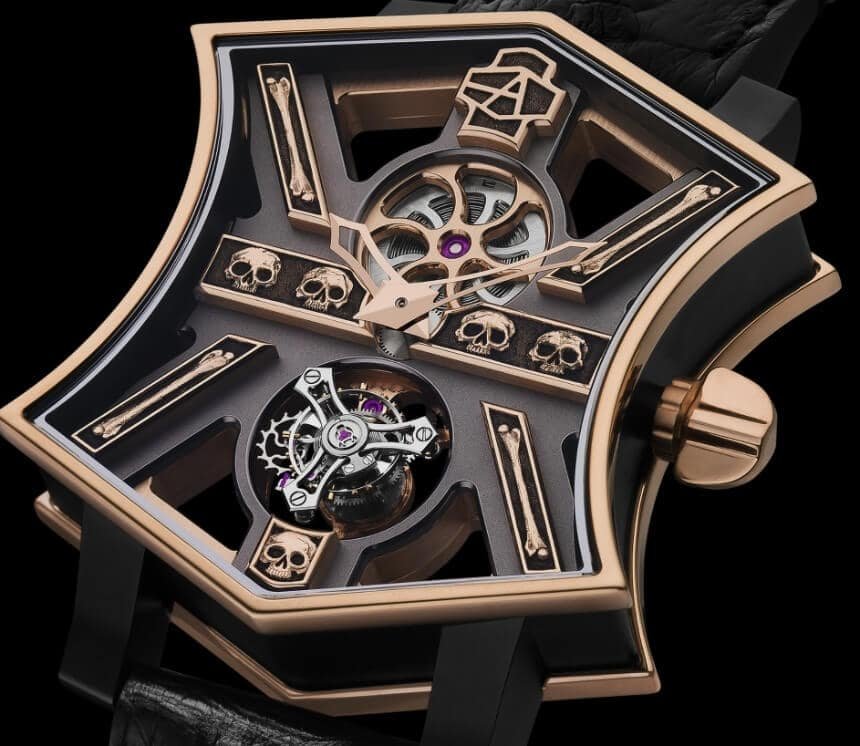 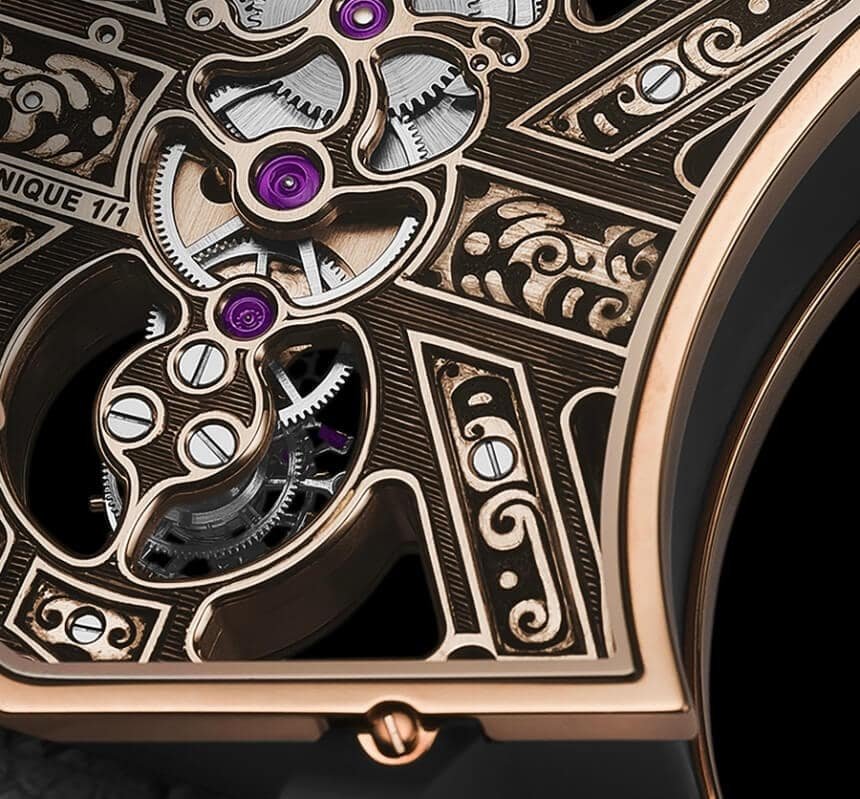 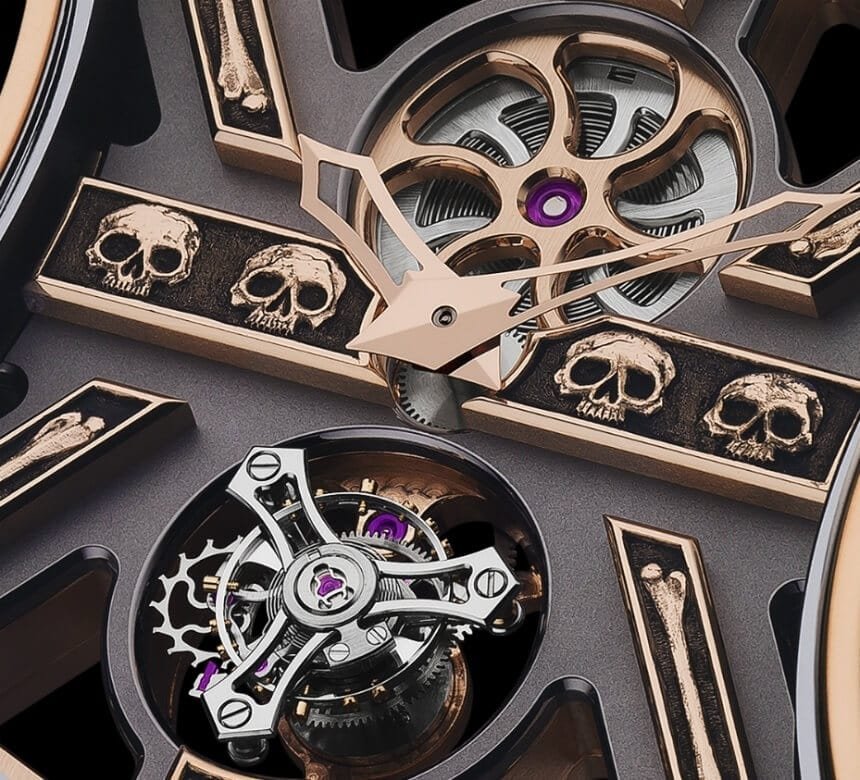 The ArtyA Son of Sound Black Magic Tourbillon features a less intricate dial, which will probably make it extra appealing for lovers of minimalist design. The X-shaped structure that supports the movement received a beautiful black PVD-blasted coating for a strong visual contrast and extra character.

Both watches have their cases made of a unique alloy called ArtyOr, which is made out of gold and recycled bullets. They measure 49mm tall, 37mm wide and 15mm thick, and they are not water resistant. As a final touch of whimsical design, the crowns are shaped like guitar tuning pegs. 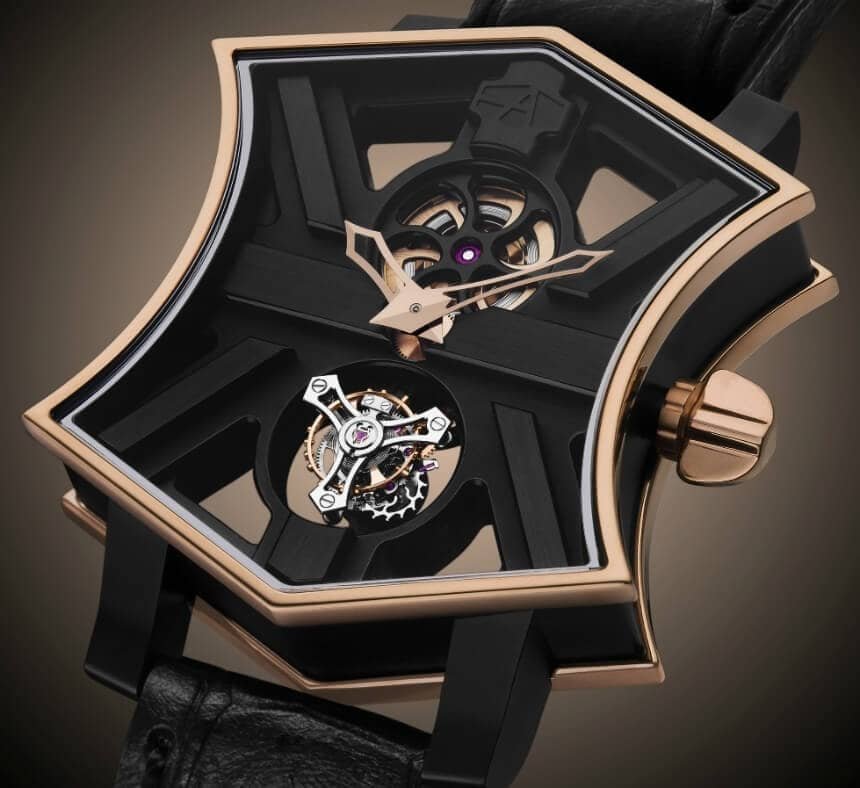 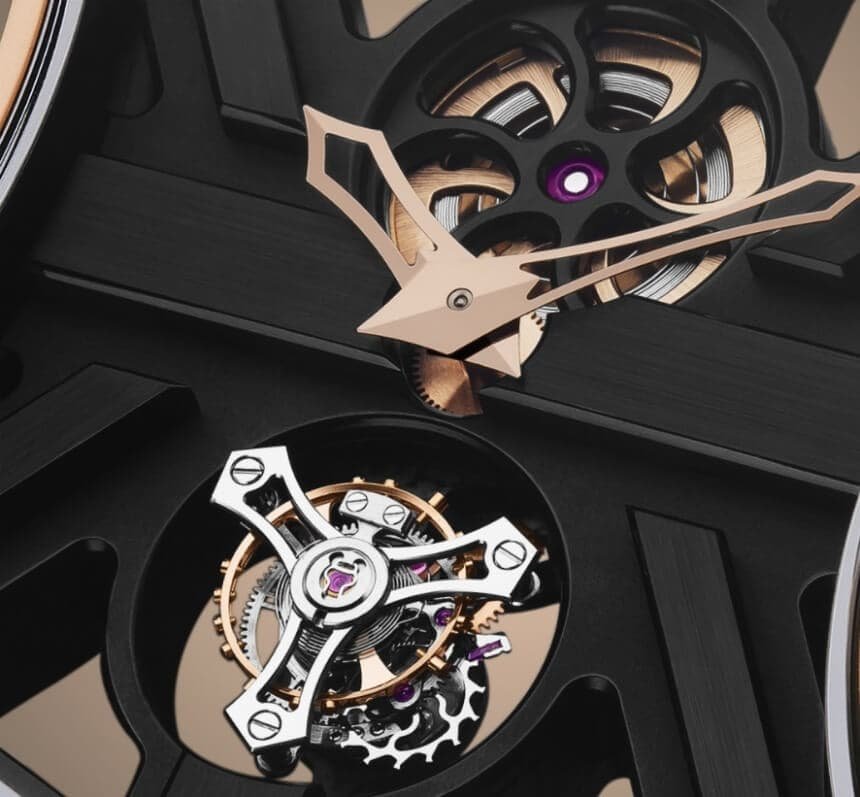 The Moonstar Alweather Shoe Can Handle The Mud, Rain, and Snow

Crescent Down Works’ Diagonal Quilted Sweater Is An All-Season Wear

The Elegear Cooling Shirt: Stay Fresh and Dry This Summer (10% OFF)

The Elegear Cooling Shirt uses Japanese Arc-Chill Cool Technology that reduces your skin’s temperature by 2-5℃ to keep you cool and comfortable in hot weather.