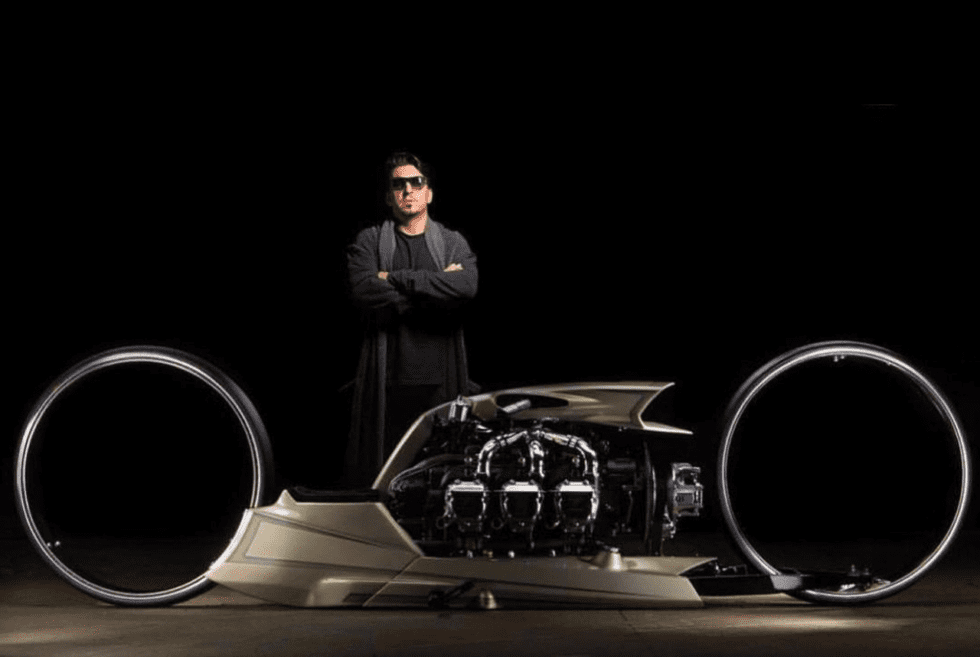 As technology and creativity seem to go hand in hand at progressing, some designs are marvelous, some are damn right awful, and some are so wacky they just make you question what the designer daydreams about.

When looking at the TMC Dumont Hubless Motorcycle and then looking at its designer – a retired formula 1 driver by the name of Tarso Marquez – you can look past its intriguing and quirky design and see what it’s all about instantly. Speed. Let’s just say he daydreams about going fast.

This machine (we have to keep calling it a machine because calling it a motorcycle seems like an understatement) has so much power that it could send your eyes to the back of your head. The craziness isn’t finished either. This engine is positioned between two colossal Hubless 36” wheels to make the whole thing look like something owned by someone to complement their collection of UFOs.

Marquez’s design even won the best bike award at the Daytona Bike Festival, so we can confirm that this machine is in fact a bike. Even if it doesn’t look conventional, we love it anyway.