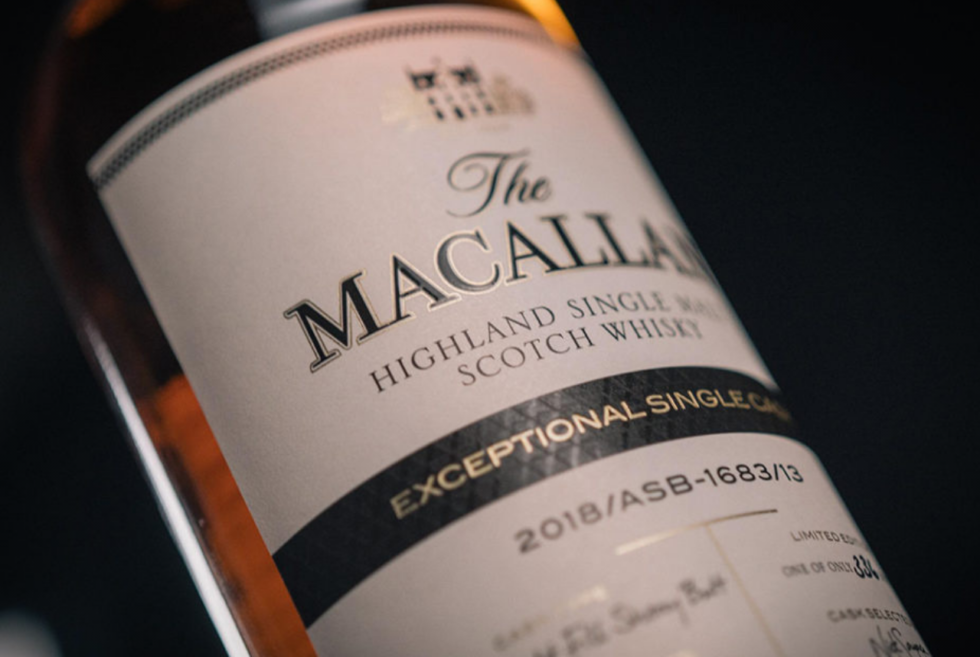 The 1950s proved a landmark period for The Macallan, with investment in the construction of new buildings on site and modernization of existing buildings. Not to mention the purchase of additional farmland and the arrival of the first highland cows. Which is to say that time period is a potent source of nostalgia for the company. Which also explains why its latest single malt arrives as the centerpiece of this new release.

Limited to just 336 bottles, the Exceptional Single Cask 1950 started life in a first-fill Sherry butt cask. They were filled on November 9, 1950 and bottled last year on September 24, 2018. Each is bottled at 53.4% abv. The single malt has notes of “polished antique oak, delicate peaches and vanilla on the nose,” while the palate has “orange peel zest with warm root ginger” and “subtle hints of peat.”

Edrington, which owns The Macallan, reiterates that the 1950s represent a significant period for the brand. This bottle shows the depth and diversity of The Macallan and captures that time period and also commemorates it. Each expression reveals a particular character — a subtly different flavor or an aroma in the background, says Edrington.

The Exceptional Range came out in November 2017 with the launch of a seven-strong range of single cask whiskies aged between 12 and 22 years. The new release will come out soon, and you can buy it for £44,600.