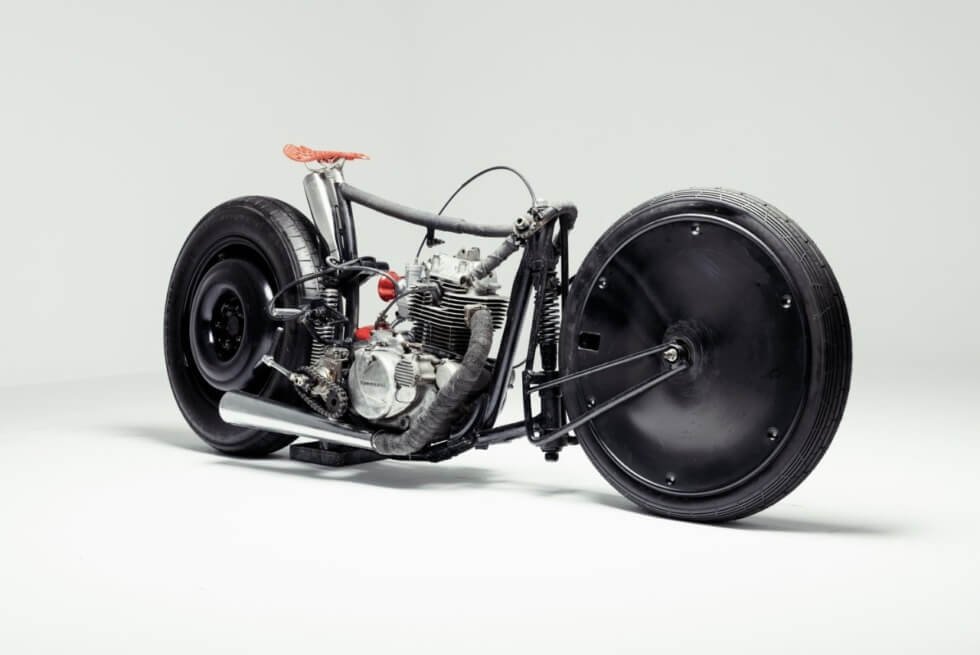 With our regular coverage of cool custom builds for four-wheelers and two-wheelers, we occasionally come across outstanding examples. It could be the sophistication, strangeness, or minimalism that captures your attention. In the case of The Sprinter, the man behind its design unleashes a mechanical beast ready for mayhem on the tracks.

Many of you already have seen your fair share of naked bikes, right? These machines often flaunt bold designs that put the powertrain on full display. This is part of its visceral appeal, which Valen Zhou manages to express artistically with this concept sprint racer. His creation calls on a bespoke double down tube chassis for structural rigidity.

This makes a lot of sense since The Sprinter is envisioned to compete in straight-line races. The absence of fairings suggests aerodynamics and protection are optional. Still, The Sprinter should likely perform admirably against other motorcycles in its output category. Speaking of which, at its heart is an engine from a Kawasaki KZ250.

Contemporary upgrades include a velocity stack and an underslung exhaust system. Many will notice the negative space above and below the top tube. Instead of a standard tank or its placement, Zhao equips it to use 17-ounce aluminum bottles that slot just behind the seat post. The Sprinter is also outfitted with a hub-steering setup.

To smooth out its ride over various surfaces, we spy custom shocks on both ends of the bike. Next, the drop-down handlebars, custom saddle, and foot pegs suggest an aggressive riding position. What do you think of The Sprinter? Is it something you’d like to take for a spin, or maybe just stay away from? We think it should remain a showpiece. 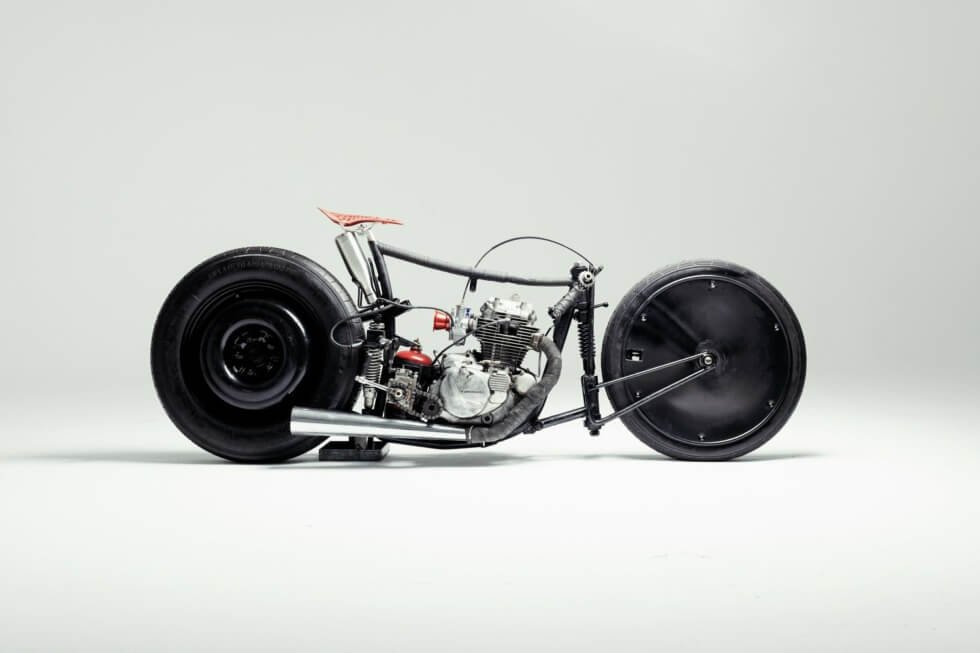 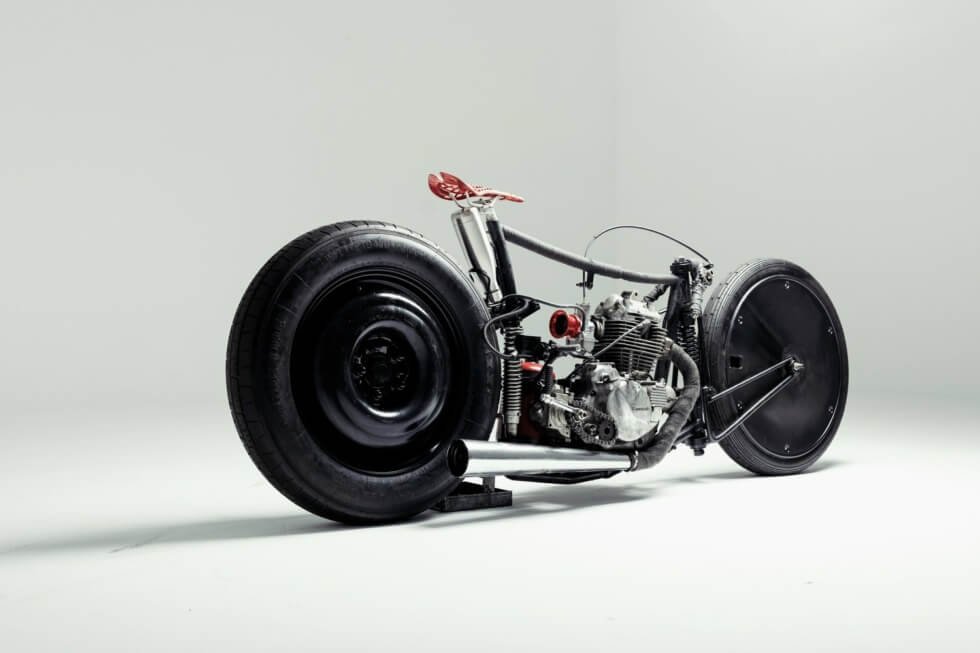 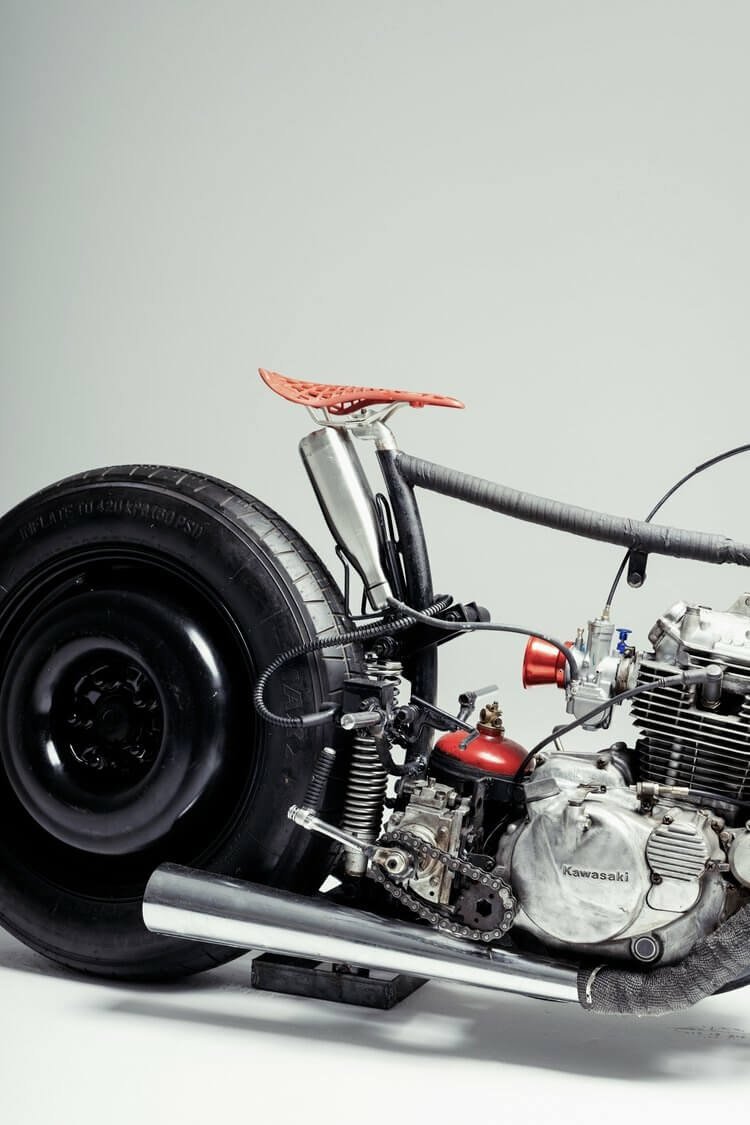 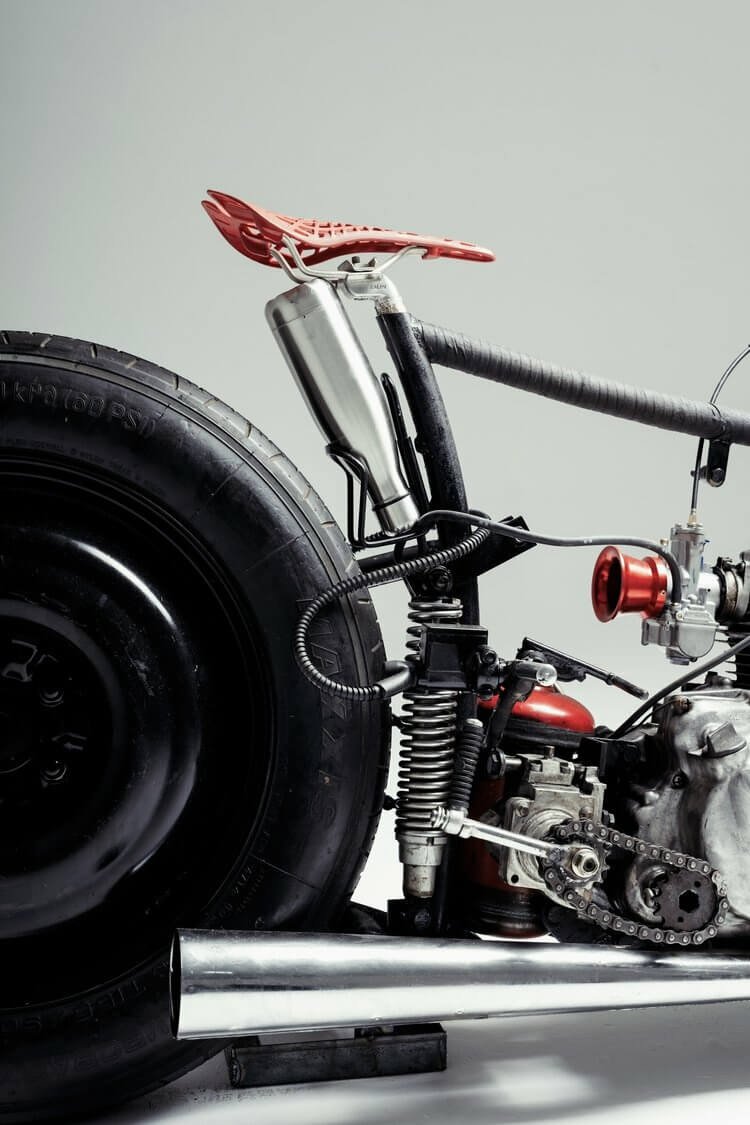 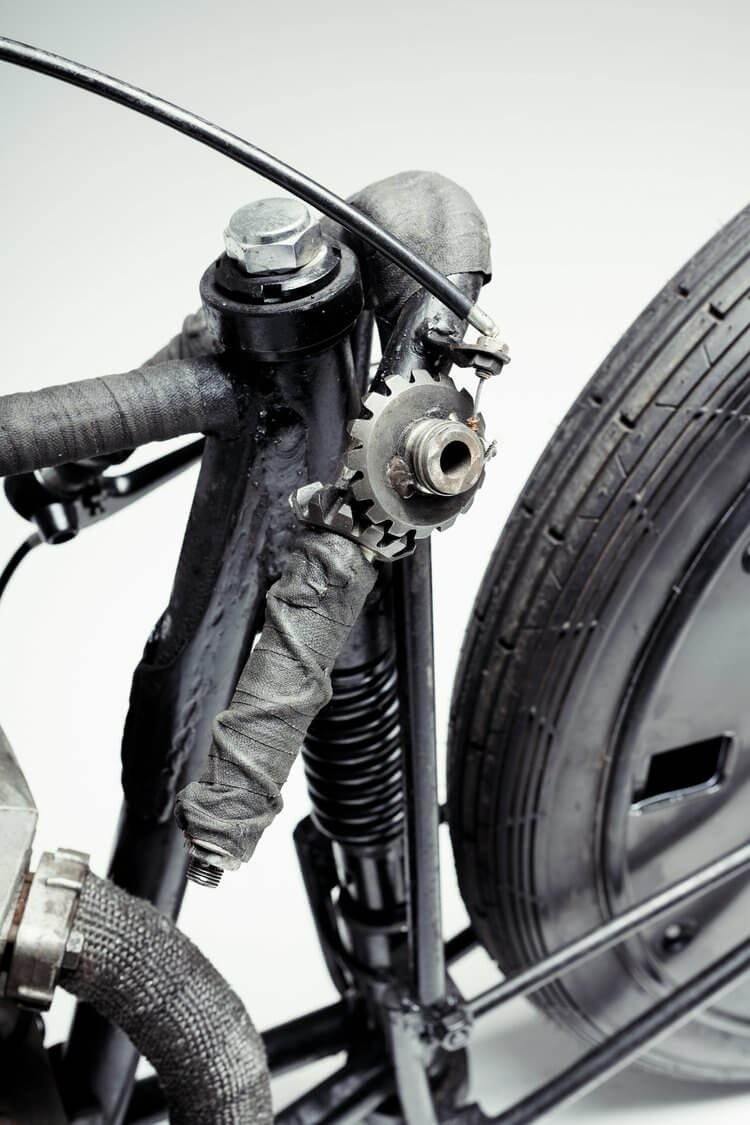 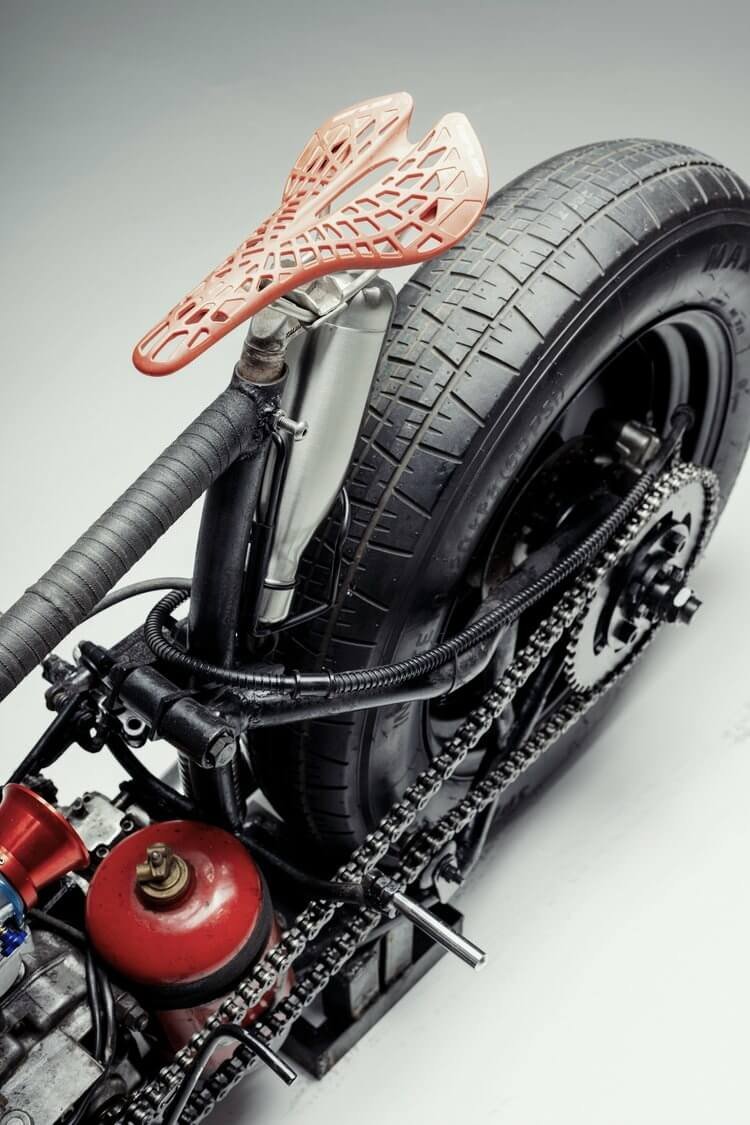 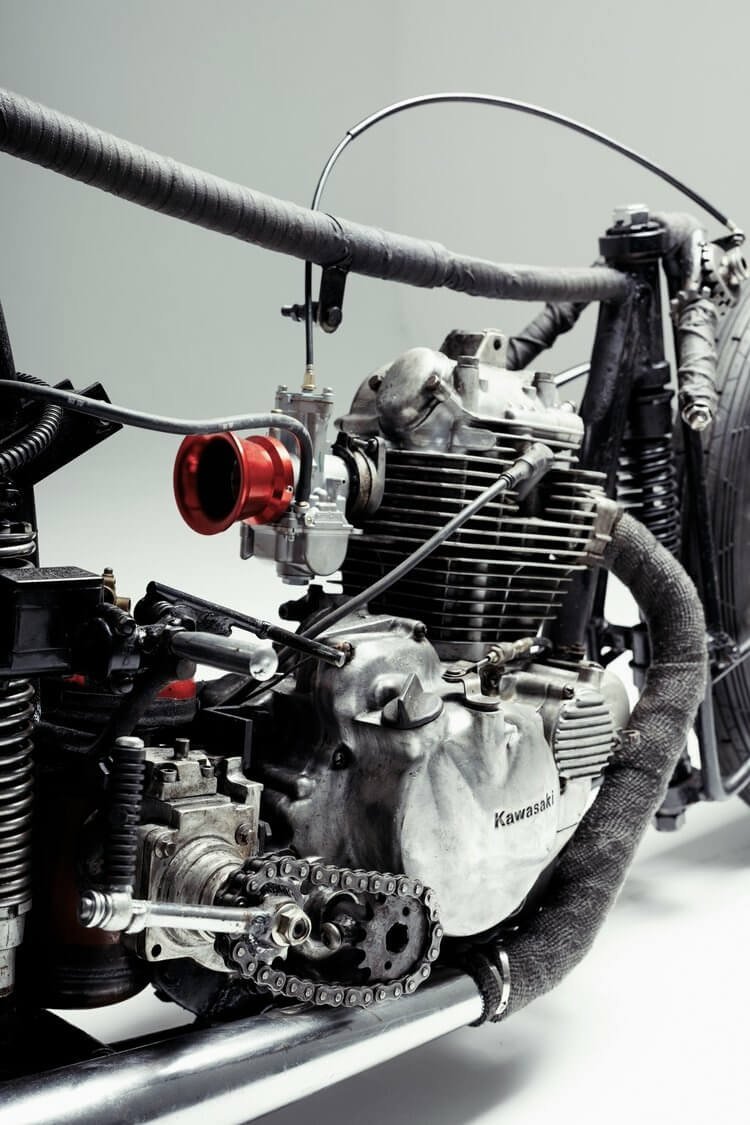 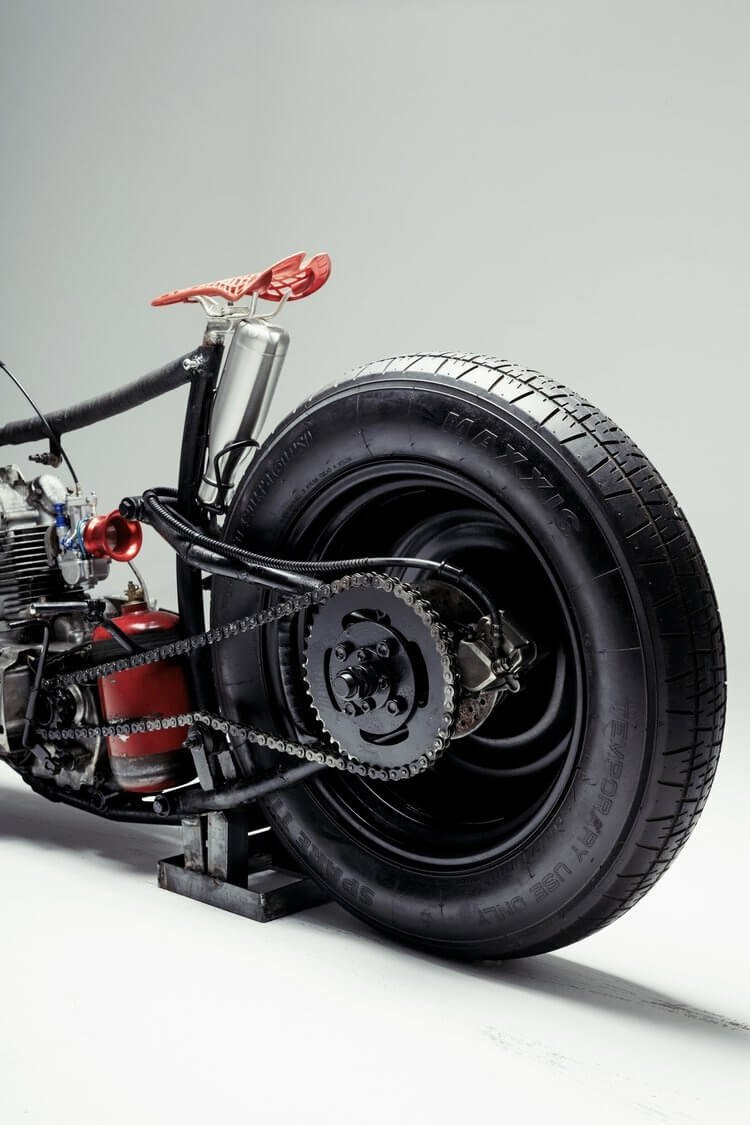 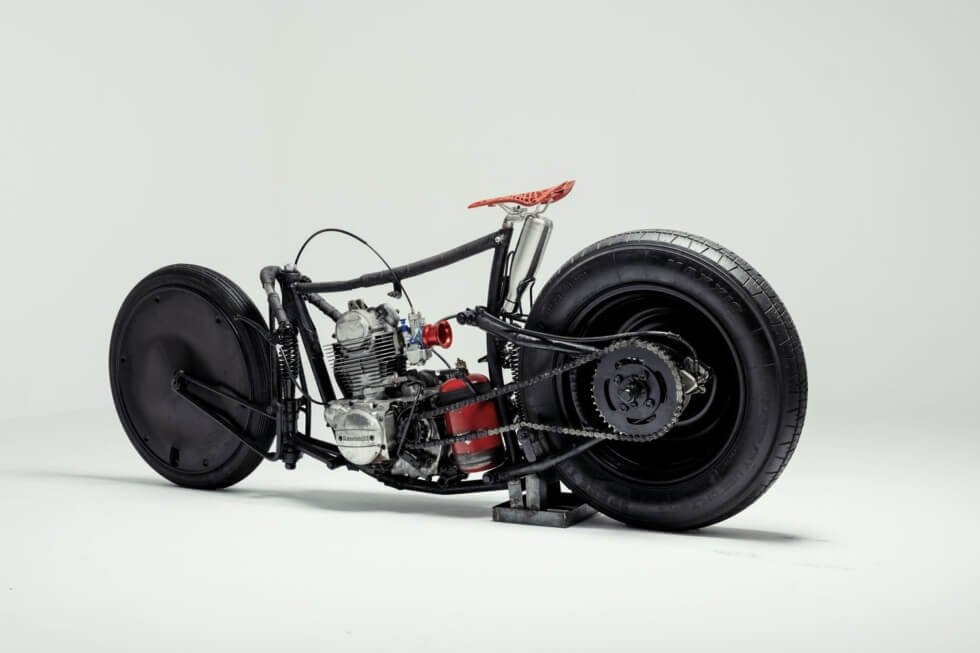