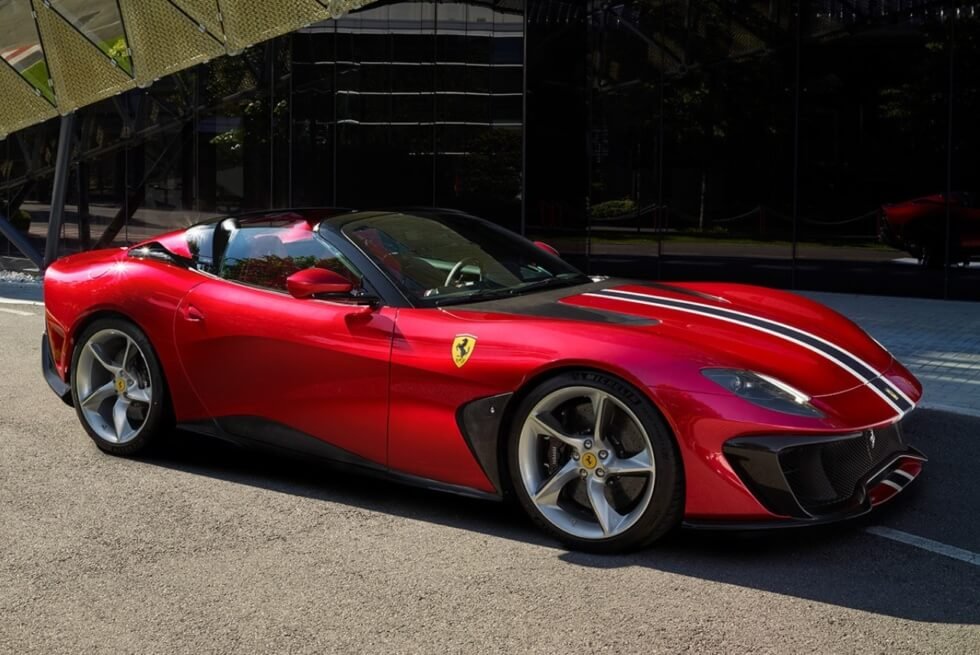 Now that the Purosangue is officially out in the open, Ferrari’s response to Lamborghini’s Urus is finally a reality. Still, those who prefer its more conventional supercar offerings are not without something to be thrilled about. However, just note that there’s a small caveat with this reveal. The SP51 is a one-off creation.

This magnificent machine from the Prancing Horse is a project commissioned by a client based in Taiwan. As with any bespoke build, the company did not disclose any specifics regarding the owner but was coy enough to share a hint.

Press materials regarding the SP51 claim it will be in the hands of “one of the leading Ferrari collectors worldwide.” Every vehicle from their fleet already commands a premium price point, which means custom configurations like this cost a staggering extra.

The team starts off with the 812 GTS as the basis for its architecture. This means it does not tout the usual mid-engine setup of other models. Instead, the roadster houses its 6.5-liter V12 power plant up front. This marks the SP51 as its first front-engine V12 open-top in 50 years.

Ferrari does not specify the performance details in its literature, but aficionados share their best guess. If it is indeed a personalized revamp of the 812 GTS, then the mill should output around 800 horsepower and 530 lb-ft of torque.

Cosmetically, it flaunts new headlights, two flying buttresses with a transverse wing, taillights just under the spoiler, and wheels specific to the SP51. You can see a blue and white racing stripe that adorns the full length of the convertible. 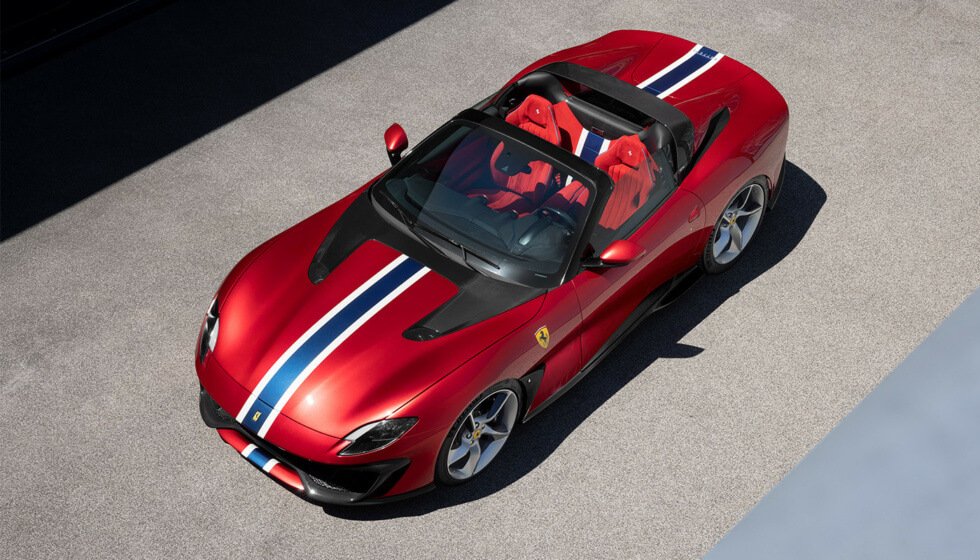 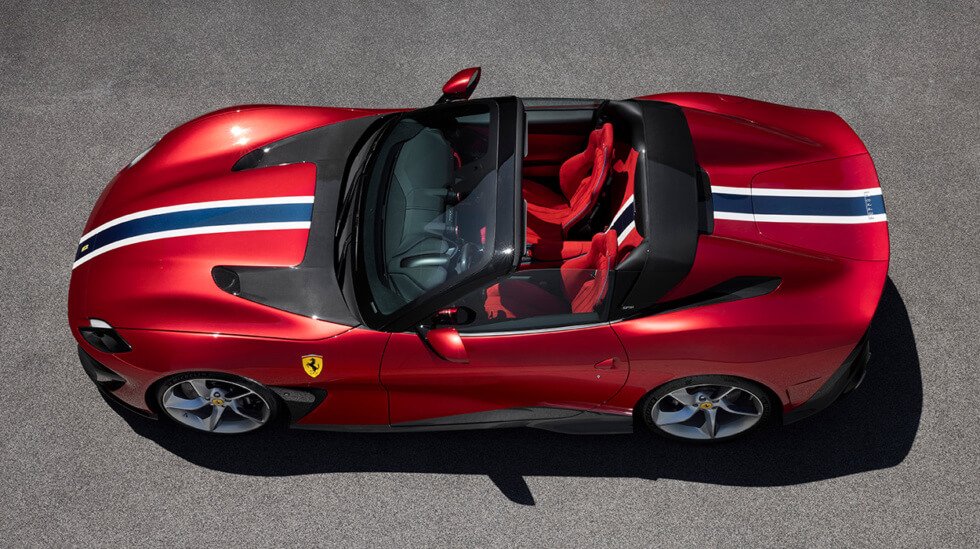 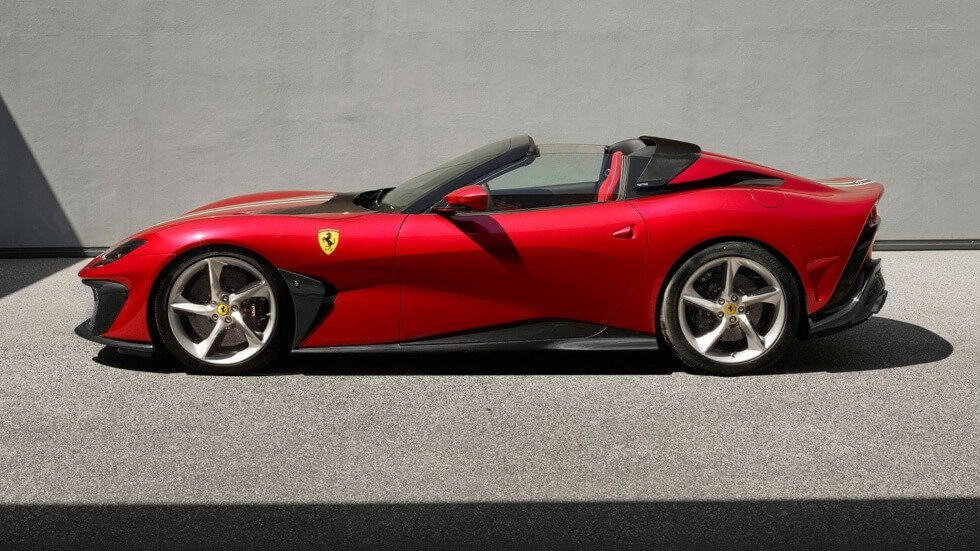 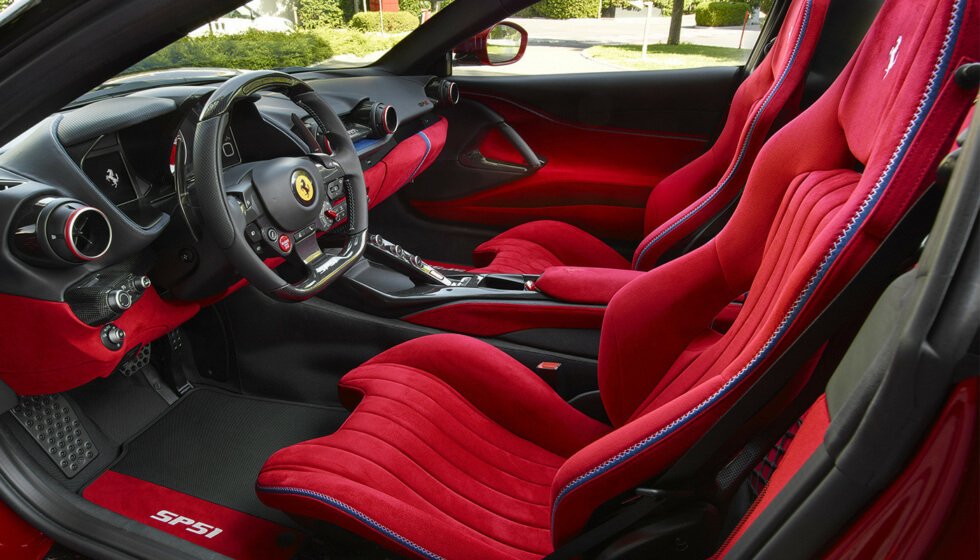 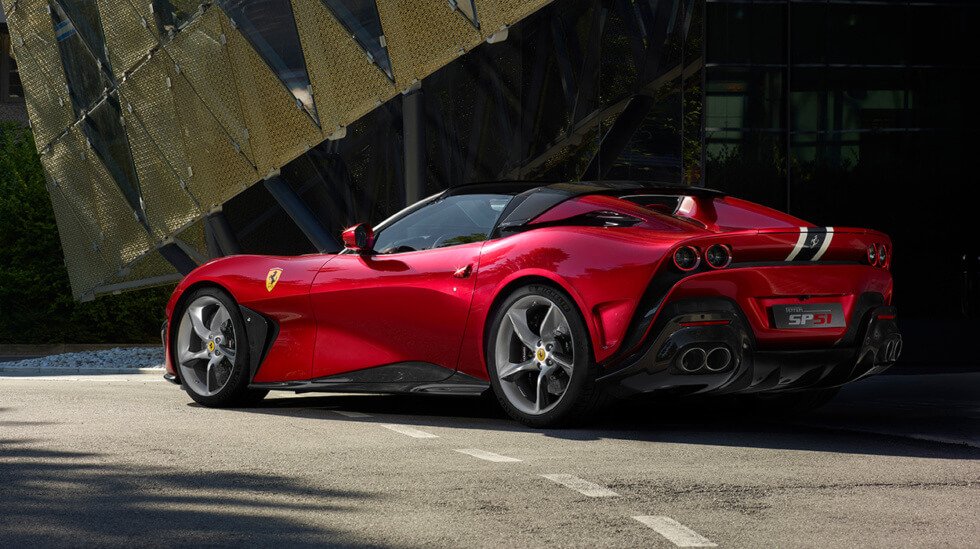