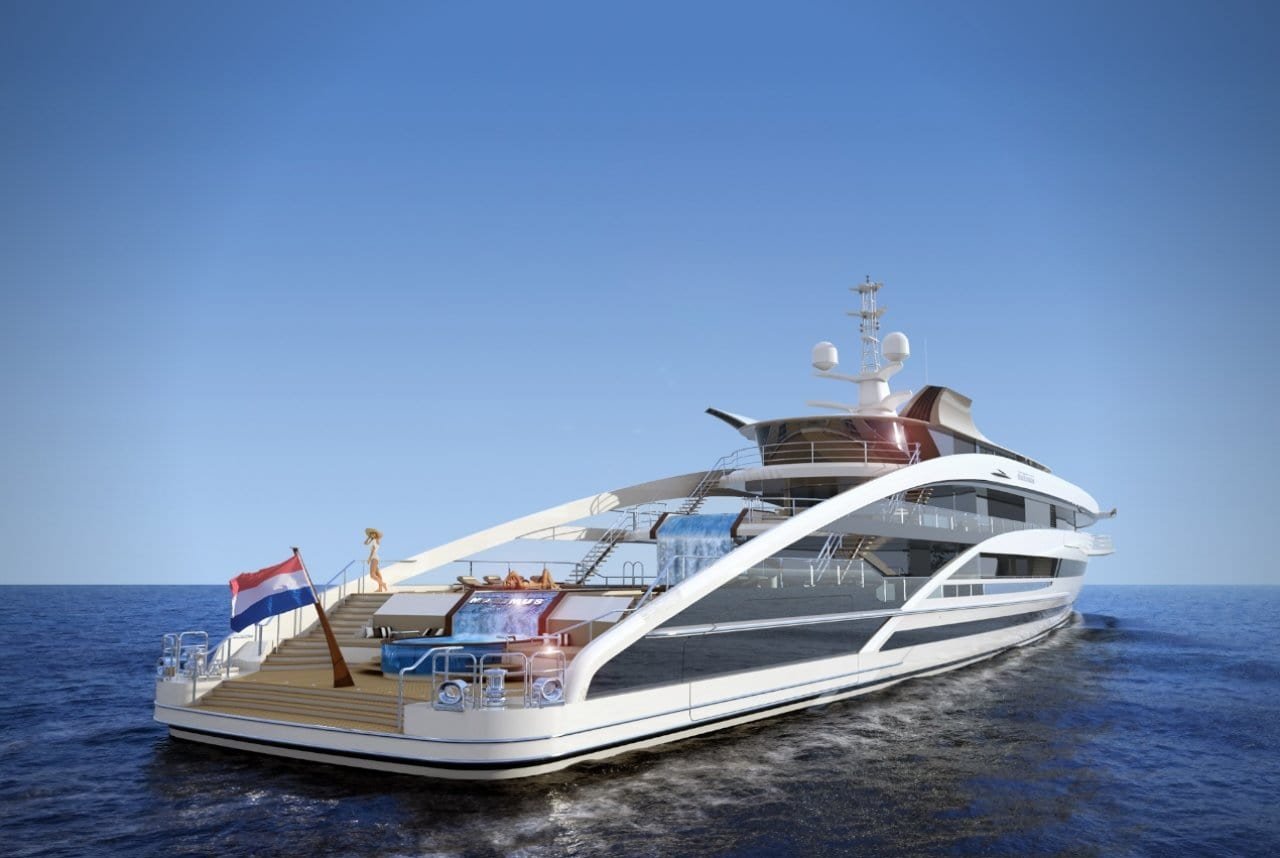 Look at those sharply defined edges. Look at that ascending curve. Everything about Heesen’s latest concept superyacht, called the Maximus, will make you gush with excitement. Its peculiar design makes it look somewhat like a plane. Because of which, there’s nothing more striking than seeing it float on water.

The entire thing is made of steel — all 83 meters of it, in fact. There are five decks in total, and between them is an even spread of interior and exterior spaces. That’s achieved via its narrow design. Designer Clifford Denn was inspired by commercial passenger vessels where the wheelhouse is located at the fore, under the passenger decks. Another notable element is the private exterior deck that’s as long as the boat itself. You can’t deny that Heesen made this for those who prefer outdoor spaces.

An almost vertical bow enables an extended waterline length and so allows the crash bulkhead to move forward. This way, it gains interior space and volume. Plus, you get more exterior space at the stern of the vessel. Finally, you’ll also find an impressive pool area, stunning waterfall features, and a large bathing platform.

Heesen designed with protection in mind, protecting all aft decks and increasing hydrodynamic performance. Customers can even opt to configure four out of the five guest suites into two VIP suites by opening linking doors.

Now, about power: Maximus has a top speed of 19 knots and a range of 5,500 nautical miles. Pricing details are unavailable as of writing, but people who buy yachts like this probably don’t need to know how much it costs. 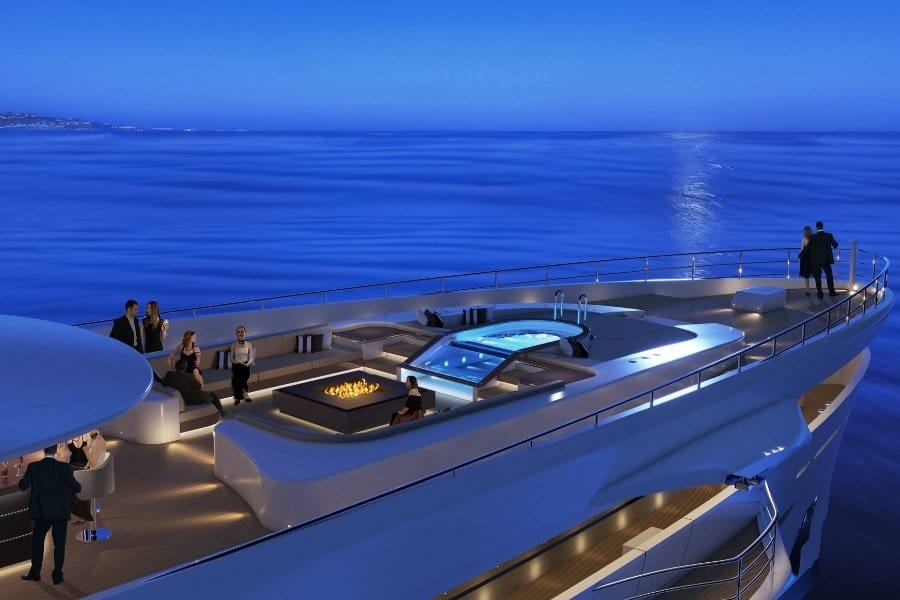 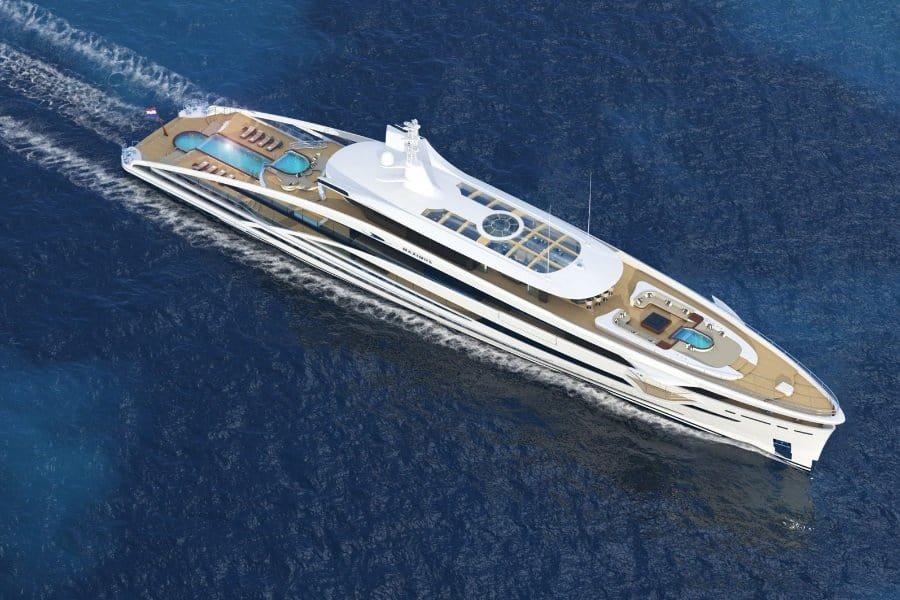 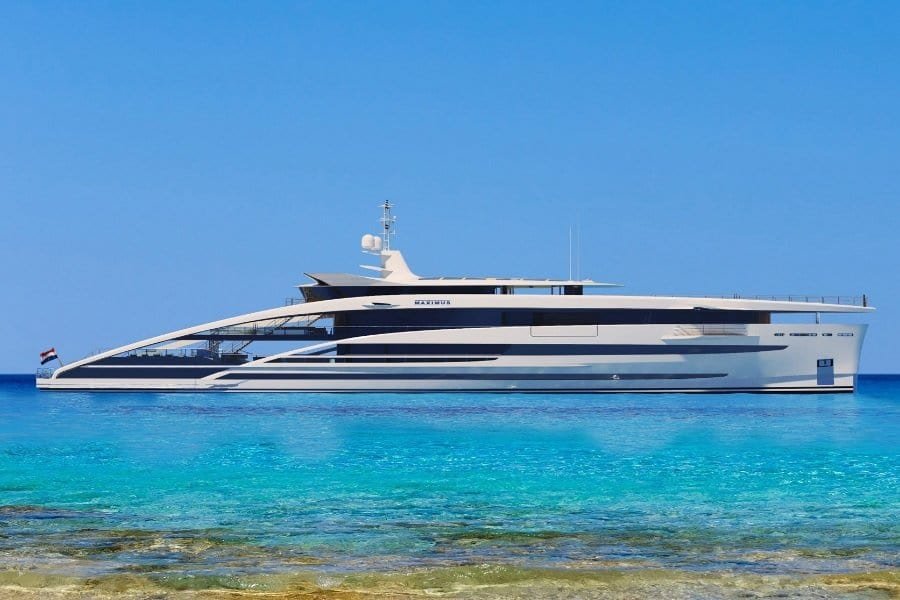 The Chapel of Sound features a semi-outdoor amphitheater, viewing platforms, an outdoor stage, and a green room for the performers.