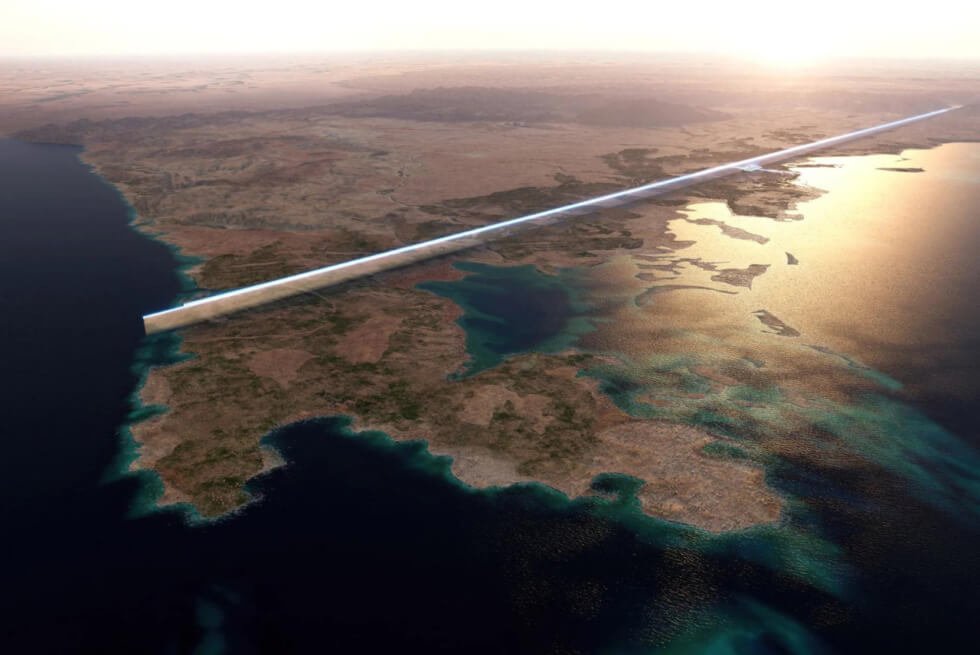 The Line: A 150-Mile-Long Futuristic Sustainable City Concept To Rise Near The Red Sea

Skyscrapers – as the names tell us – are designed to be as tall as modern construction technology allows it. Architects and engineers are pushing the boundaries of what’s possible and the world’s biggest cities are now brimming with these structures. Meanwhile, we have a crazy proposal called The Line, which proposes a 150-mile-long building near the Red Sea.

According to the Saudi Arabian government, this linear city is part of its NEOM smart city project. Aside from its total length, The Line will stand 1,640 feet high and 656 feet wide. If they ever complete this majestic plan, it will span a long stretch of land and even extend over the coast.

There is talk that American studio Morphosis will handle this massive undertaking. Meanwhile, Saudi Arabia’s crown prince Mohammed bin Salman says, “at The Line’s launch last year, we committed to a civilizational revolution that puts humans first based on a radical change in urban planning.”

He then adds, “the designs revealed today for the city’s vertically layered communities will challenge the traditional flat, horizontal cities and create a model for nature preservation and enhanced human livability.” Two towering walls will form the mirrored exterior, possibly to shield the open areas in between from the elements.

The Line will supposedly house up to nine million people. Aside from residential spaces, there will be schools, shops, parks, and more. Bridges will interconnect each volume similar to scenes you usually see or hear about in works of science fiction. A dedicated transportation system will help people traverse both ends in 20 minutes. Finally, the city will rely on renewable sources of energy to minimize its carbon footprint. Eventually, the Polimeropolis should have hotels, resorts, and other recreational amenities to encourage tourism as well.

Unplug From The Modern World At The Off-Grid Kererū Retreat

Kererū Retreat is a humble off-grid cabin with living, dining, and sleeping areas and uses solar and battery storage systems for electricty.

The Roberto Lane Manse offers 4 bedrooms, and 5 bathrooms, and boasts striking sinuous lines that mirror the design of sleek hypercars.

The Festive Rooms In Moreac can accommodate up to 750 people in its multi-height volumes for performances and so much more.