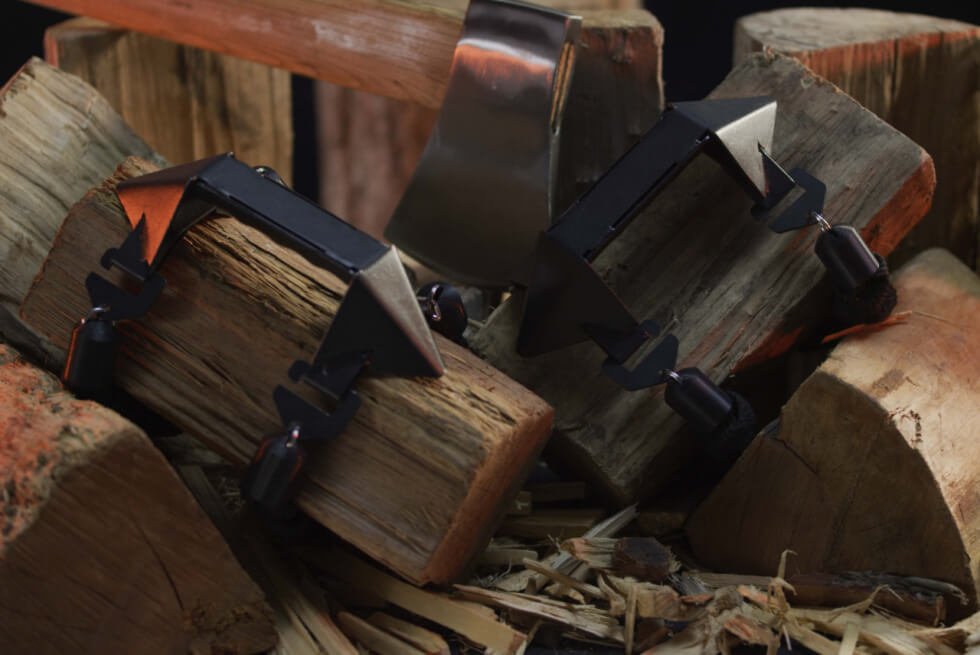 Splitting wood is one of the things that men pride themselves on. The primal satisfaction of hearing a splintering crack is something we all love. The ability to cleave through a piece of wood and the ensuing thud as your axe collides with the chopping block is a feeling that’s second to none.

Then reality hits as you have to bend over and pick up the kindling pieces – again, and again, and again. Picking up wood is time-consuming, frustrating, and the most boring part of the job. You are subsequently punished, having to carry your bundle indoors, juggling the kindling in your arms to those who don’t appreciate just how much effort you went through to bring them warmth.

Like most men, Donald Hillis wanted all of the satisfaction and none of the labour. Thankfully for us, he created the Kindling Collector. In his own words, “It takes away the pain, and leaves all the pleasure. If we’re honest, none of us wants to deal with the mess after the best part is done,” said Hillis.

1. Simply wrap your log up tightly with its two elastic steel bands.

2. As you cleave your way through the piece of wood the bands constrict, holding your split wood on the block, ready for another swing.

3. No more back pain and no more boredom. When finished, you simply grab the handle that is connected to the two bands and carry the kindling bundle inside.

Hillis worked closely with a team of industrial engineers in Wellington, New Zealand to refine and develop the Kindling Collector, after building prototypes from materials found at local hardware stores.

The Kindling Collector exudes masculinity and strength. With a cleverly angled handle to deflect mishits, as well as zinc-coated steel. You know this device is going to go the distance. The cut-resistant material sheath protects the two coiled spring bands which provide elasticity and strength for both splitting and then carrying the wood to your fire. 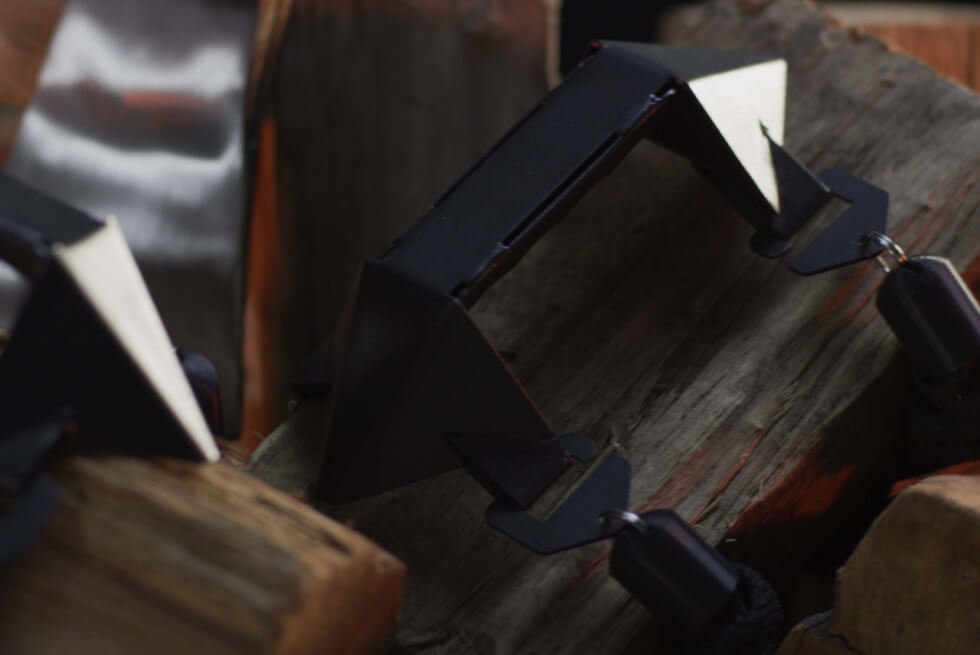 “The Kindling Collector will help thousands of people worldwide. Most of us want all the glory and none of the work.

Well, the Kindling Collector was made for that reason. Whether you are going inside to grab a beer and sit with your loved ones around an open flame or getting the pizza oven heated for the perfect thin crust – This product is for those who need their kindling quickly and efficiently.

This Kickstarter campaign will help us validate market demand and the regions where this is most sought after to help steer us in the right direction,” said Hillis.

Kindling Collector’s Kickstarter campaign starts on the 9th of August and will run for 30 days. Rewards include a chance to win a Pounamu (greenstone/jade) axe or a bespoke hand-forged axe, as well as being featured on their backers’ page and, of course, receiving the first Kindling Collectors to go to market.

Get your own Kindling Collector now and handle your wood like the pro that you know you are: Kickstarter campaign

Back this project now

The Rimowa One Bottle Case features removable cushions that keep the bottle cold for hours and a TSA-approved lock for optimum security.