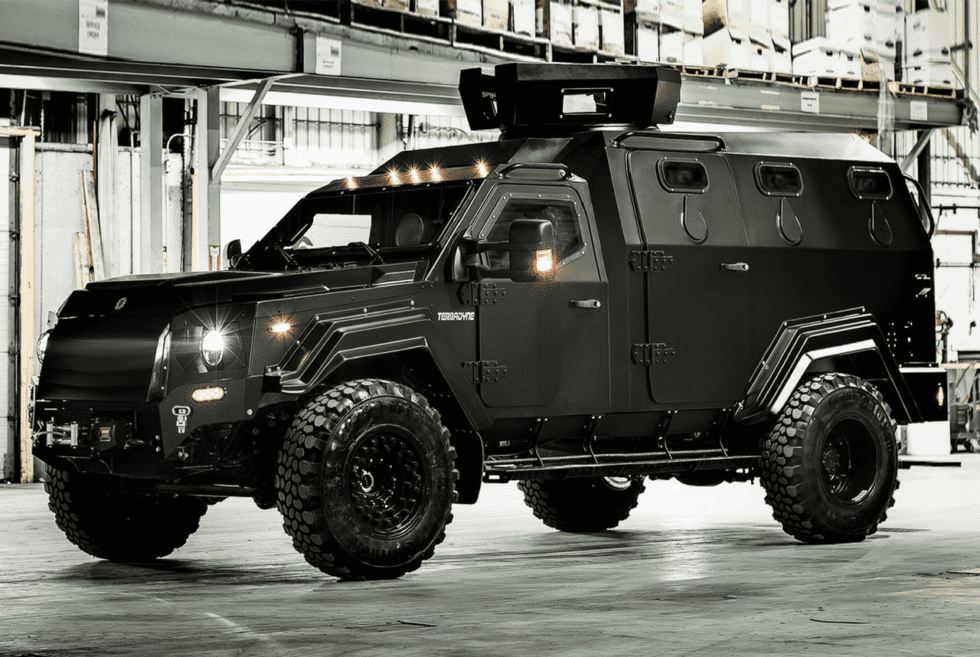 Gurkhas are one tough bunch, so much so that they are renowned world over for their toughness and bravery. Those who are aware of their exploits wouldn’t even want to encounter just a single one of them as much as possible. It seems like Terradyne did some research when its engineers designed one of the meanest-looking tactical machines appropriately named after the legendary fighters.

The armored vehicle specialists introduce the Gurkha MPV, an uncompromising 4×4 built to stroll on through a war zone and come out smiling. Powered by a 6.7-liter V8 turbo diesel engine mated to a 6-speed automatic gearbox, it pushes out 330 horsepower and 750 lb-ft of torque—enough to tackle any obstacles or anyone foolish enough to stand in its way. We love that the manufacturer gave it a flat black finish that just looks badass overall in our opinion. Moreover, with more than enough room to seat 12 people, you can rest easy knowing that your squad’s on board and ready to back you up.

Its armor rating of B7/STANAG 2 basically means that it’s ultimately a moving fortress. It’s forged to withstand blasts from grenades, mines, artillery, and even take several shots from 7.26x51mm armor piercing rounds like a champ. Furthermore, other than the military or law enforcement, you and your buddies might need one just in case the apocalypse decides to rear its ugly head sooner than expected. 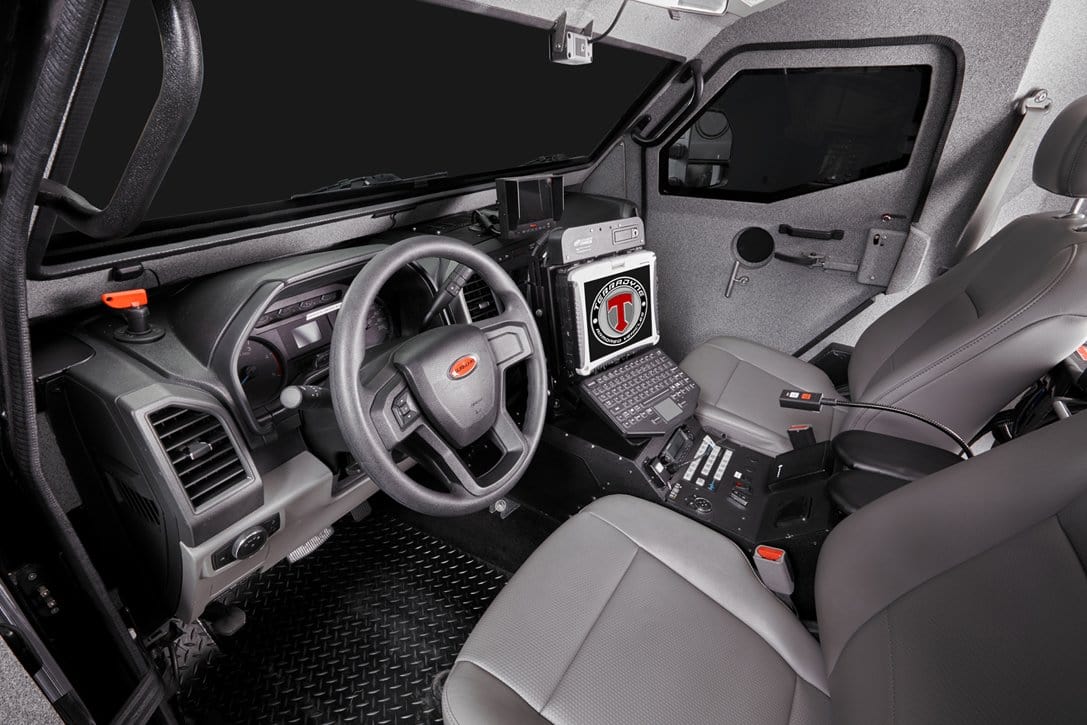 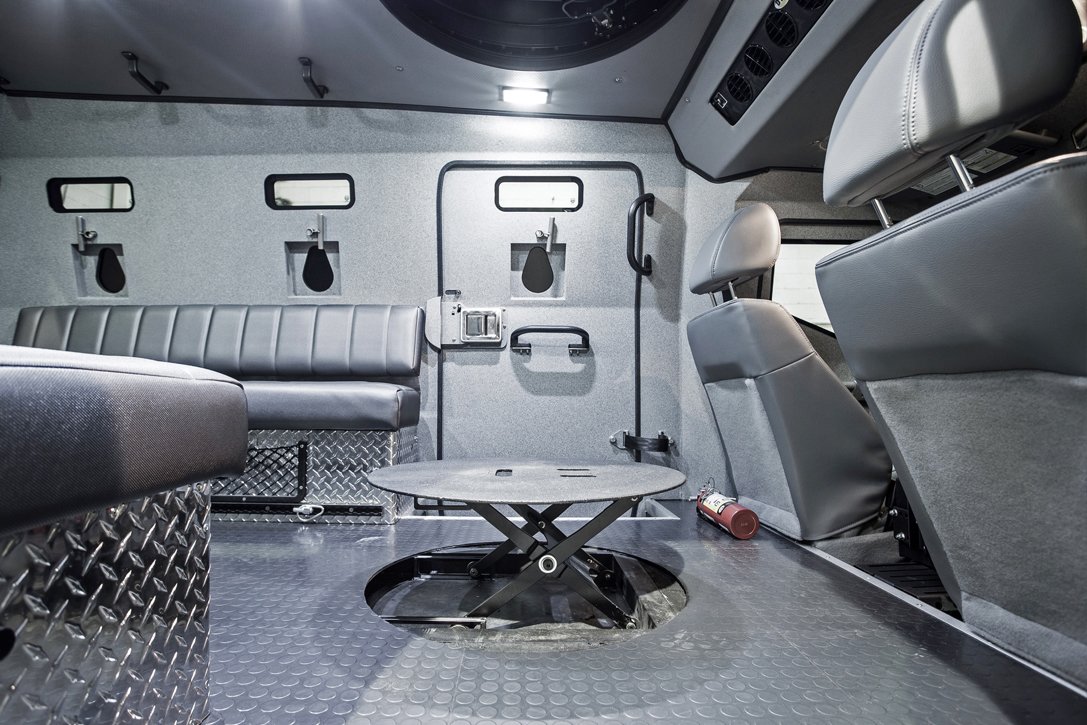 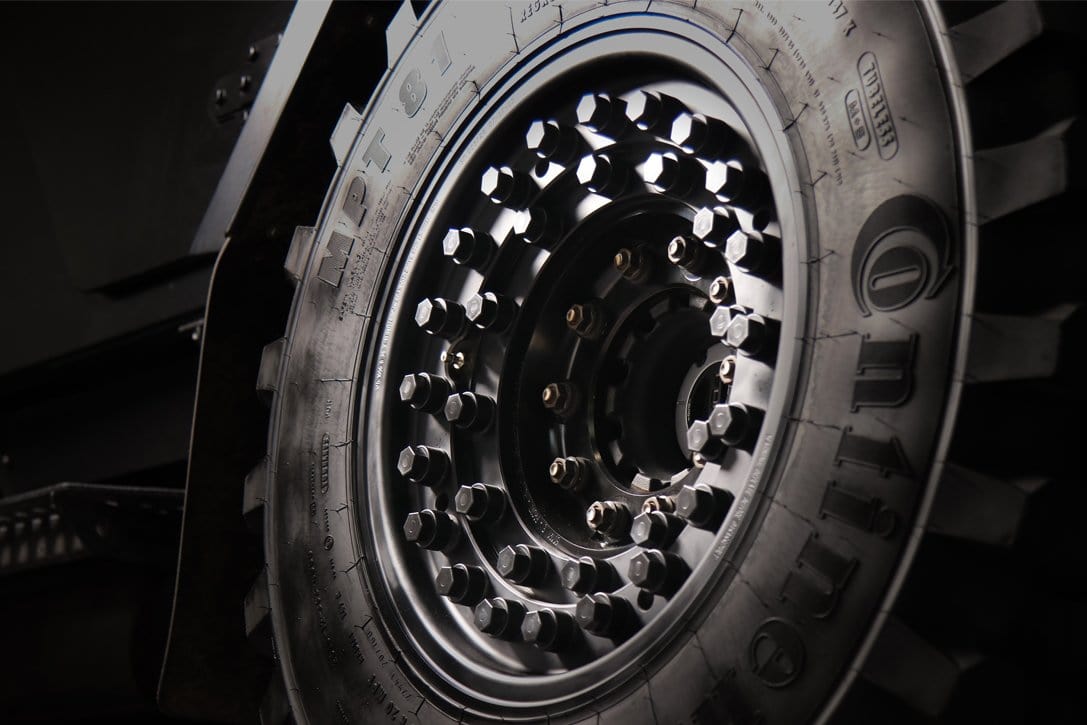 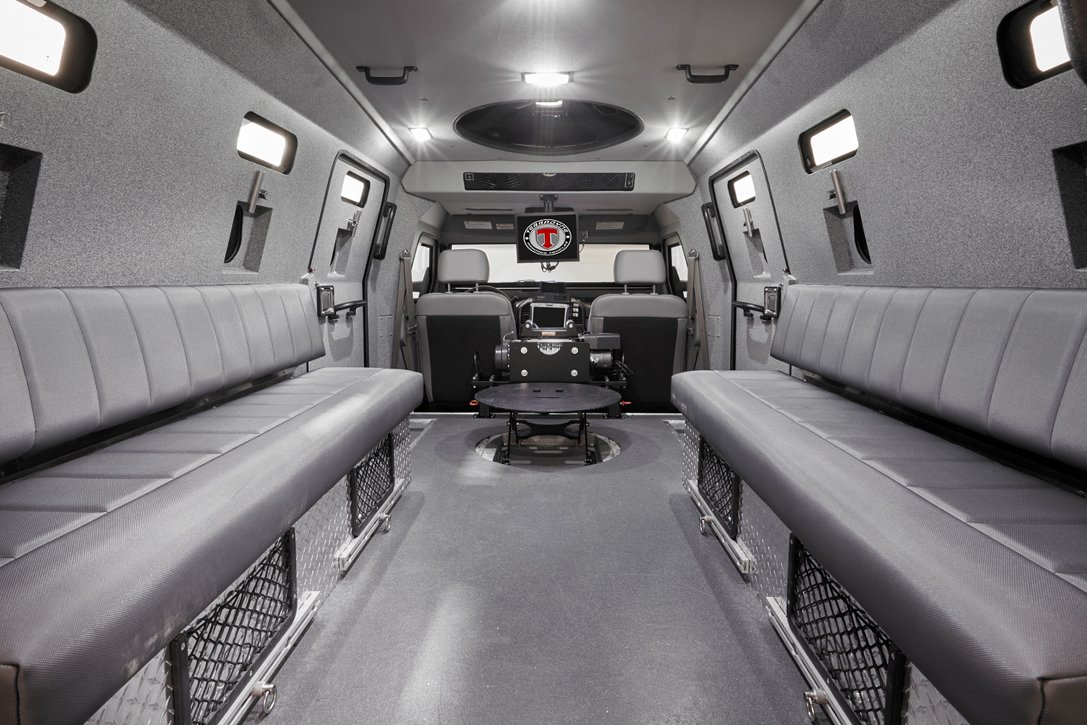 8 Ways to Stay Safe on the Road

In this article, we are going to look at eight ways to stay safe on the road. Sound interesting? Then keep on reading!

For Kevin Hart’s Hellraiser, Speedkore is starting off with a 3D scan of the original 1970 Dodge Charger and tweaking everything from there.

When to Hire an Injury Attorney After a Motorcycle Crash

A motorcycle accident attorney will be able to strengthen your claim for damages by gathering evidence of the incident and your injuries.

Toyota Tacoma TRD-Sport Trailer Concept: We hope this makes it to production soon

According to the manufacturer, the inspiration for the TRD-Sport Trailer came from third-party trailers based on the Toyota Tacoma.