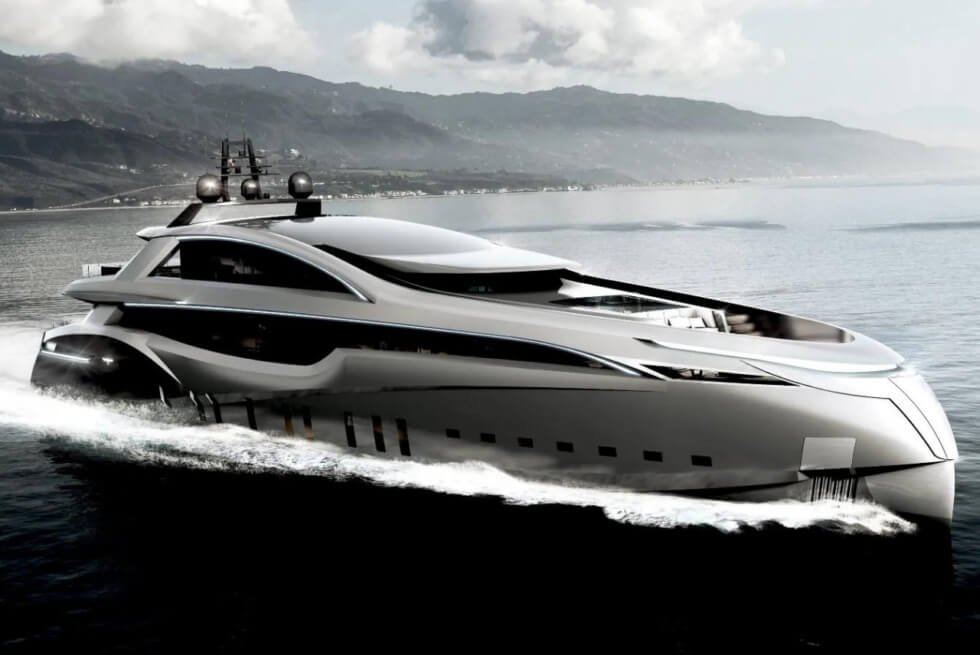 Superyachts come in all shapes and sizes, but it’s the ones that manage to stand out are those with superior designs. Tecnomar shows exactly what that means with the EVO 130. You’ve probably noticed that most naval architects now draw inspiration from supercars for their projects. This sleek ship is one of those and it looks breathtaking here.

The concept is still in the early stages so the available information about some of its features is somewhat limited. Nevertheless, Tecnomar was able to share some of the cool details about the EVO 130. First off, let’s talk about just how clean and sharp the outline looks with the metallic silver finish.

Its aerodynamic superstructure along with the hydrodynamic hull makes it look sporty. With two 1,800-horsepower V12 engines at its disposal, it can cruise at about 17 knots with a top speed of 19 knots. This 130-foot luxury vessel is mostly built out of aluminum with a beam that measures 31.5 feet.

Tecnomar makes good use of the EVO 130’s size to kit it out with top-shelf amenities. Since there are no images of the interior, we can only imagine the layout of its volumes. The main and upper deck both have aft lounge areas with terraces for people to enjoy the fresh air and view.

There was mention of a beach club, but the renders do not show this. To the bow of the main deck, you’ll also find more seats. Tecnomar says the EVO 130 can accommodate up to 12 guests and seven crew members. The exterior and interior were penned by The Italian Sea Group’s architect Gian Marco Campanino. 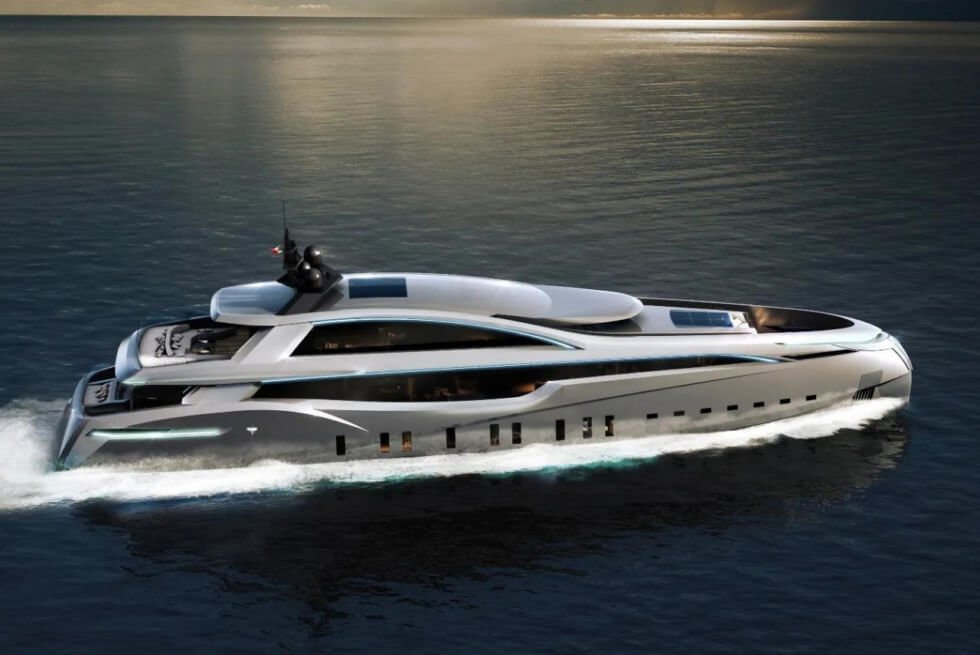 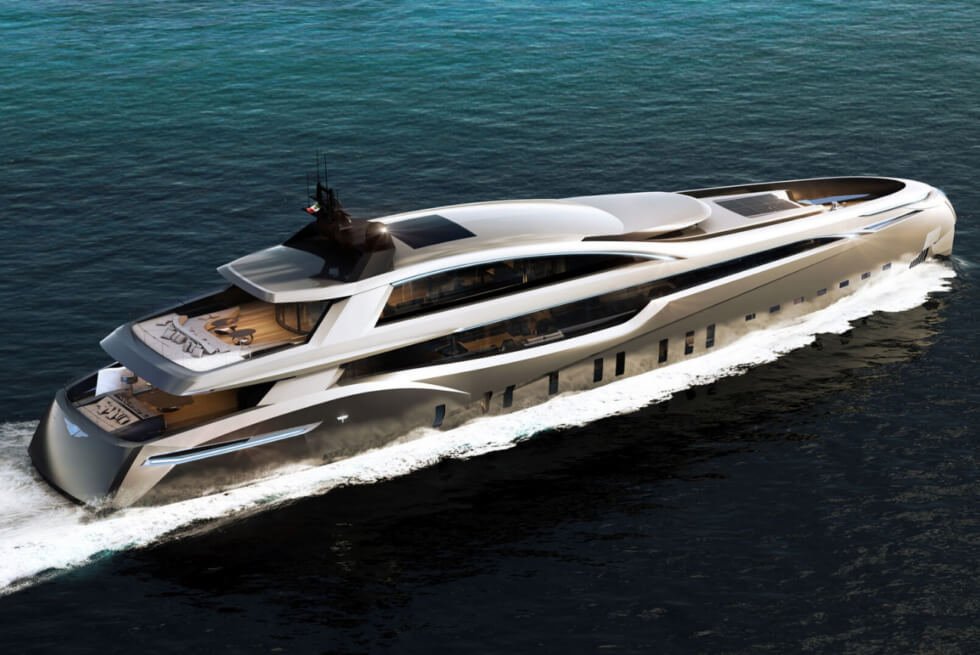 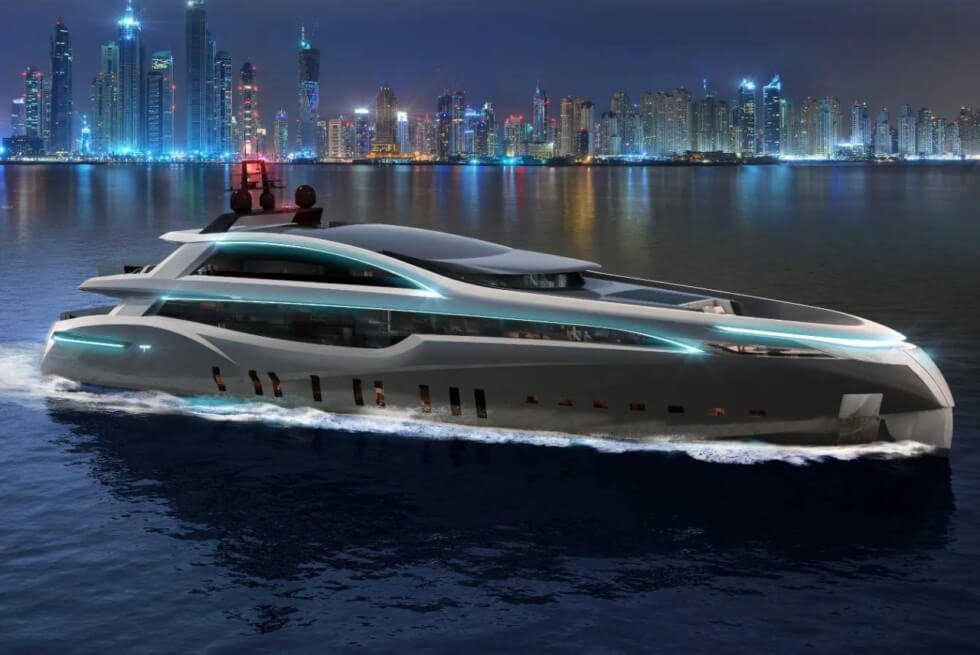