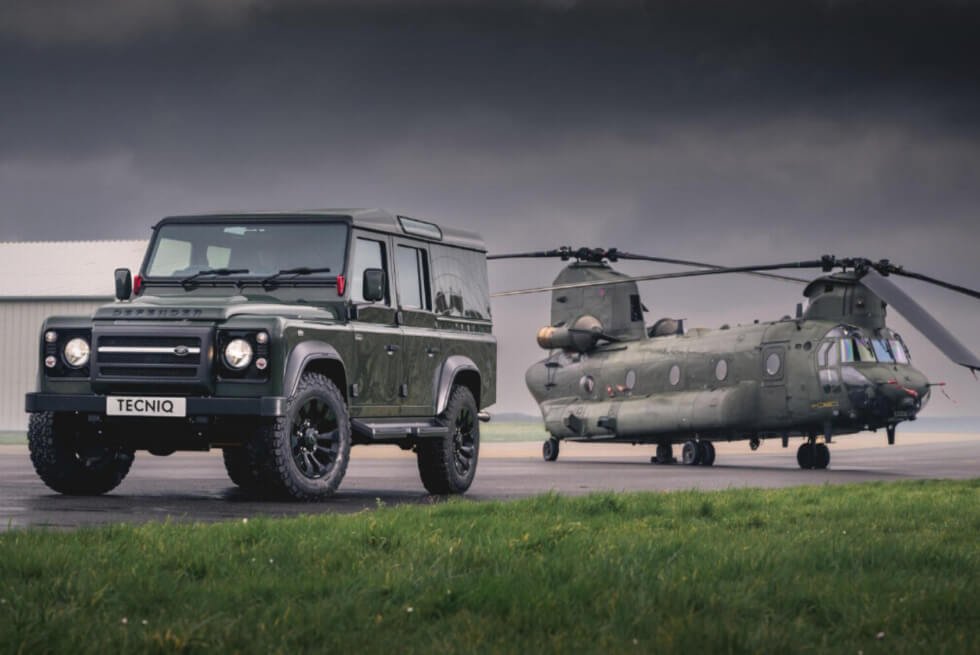 Most of the people we know who are into Land Rovers choose to keep their machines as it is. Aside from periodical maintenance, the components and aesthetics remain untouched. TECNIQ, on the other hand, completes a one-off project to commemorate something awesome. The Q40 Defender is a tribute to the Chinook.

The RAF’s twin-rotor chopper is celebrating its 40th birthday and TECNIQ is participating in the festivities. Its restomod build takes the iconic Land Rover SUV and modifies it with a bespoke tactical motif. Its most surprising rework, according to the British engineering firm, deals with the powertrain.

The Q40 Defender is outfitted with a tuned 2.3-liter EcoBoost V8 from Ford. They are pairing it to a six-speed automatic gearbox. The setup produces 303 bhp with 318.63 lb-ft of torque. Furthermore, they’re likewise upgrading it with new bushings, anti-roll bars, programmable dampers, and shorter coil springs.

Out goes the older brake systems as TECNIQ installs a pair of six-piston calipers with 345 mm discs on the front wheels. Meanwhile, the rear sports four-piston units with 330 mm discs. Although not exactly a match to the exterior of the Chinook, the Q40 Defender features a dark green coat with a mix of matte and glossy finishes.

Special graphics adorn the rear section up to the door hinges on the B-pillar. To also emulate the theme of the chopper’s cockpit, the fascia is almost completely in black. Its carbon-fiber racing seats and other sections are upholstered in hand-stitched Bridge of Weir leather.

Luxurious appointments continue to the rear passenger area where the center console can store a bottle of champagne. Finally, proceeds from the sale of this Q40 Defender will benefit the Royal Air Forces Association charity. 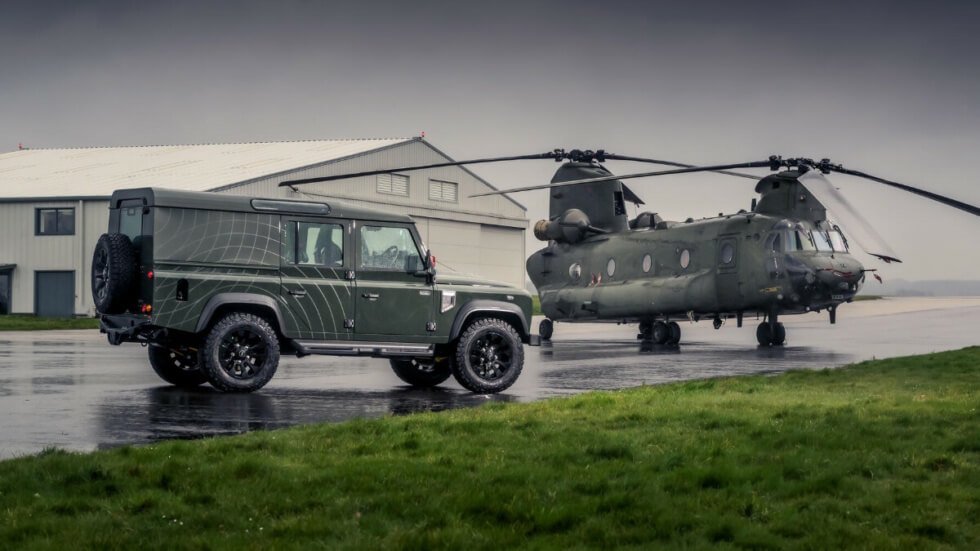 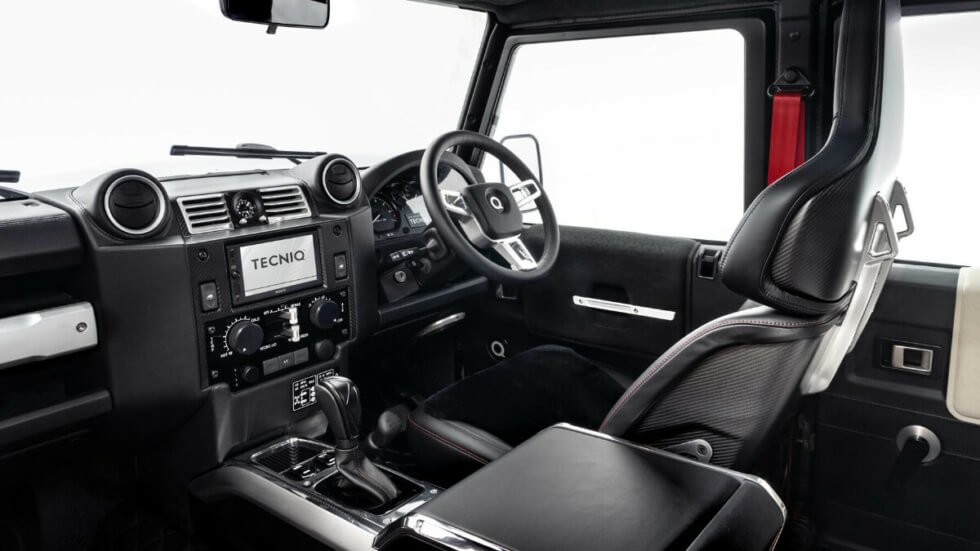 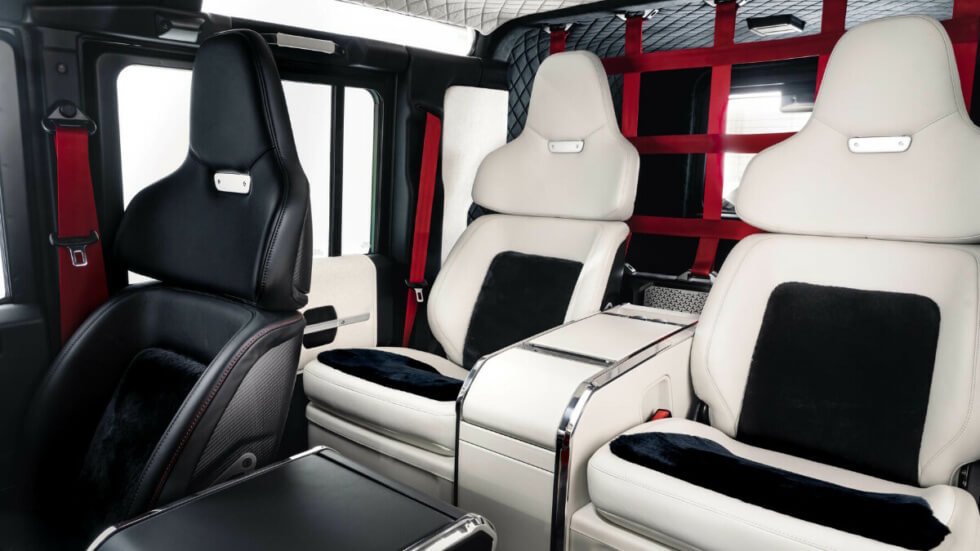 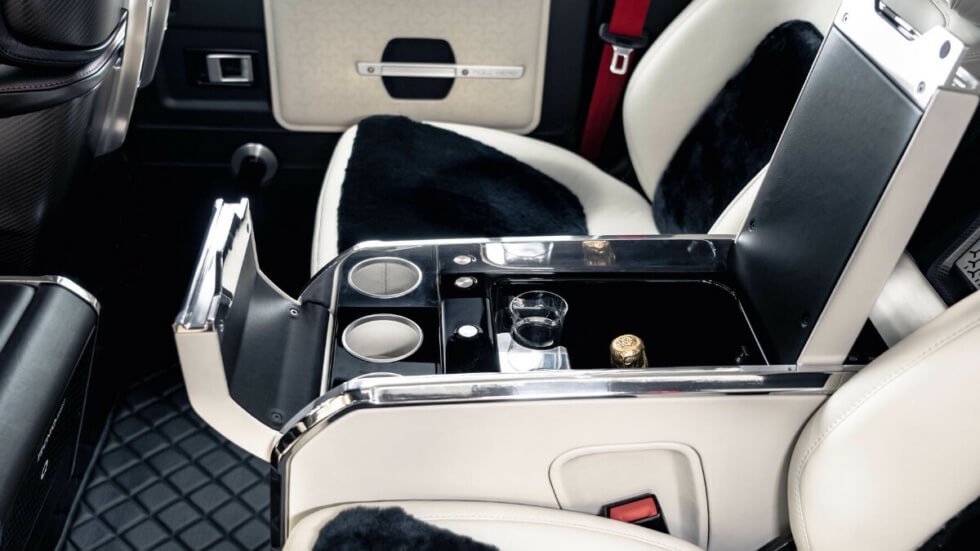 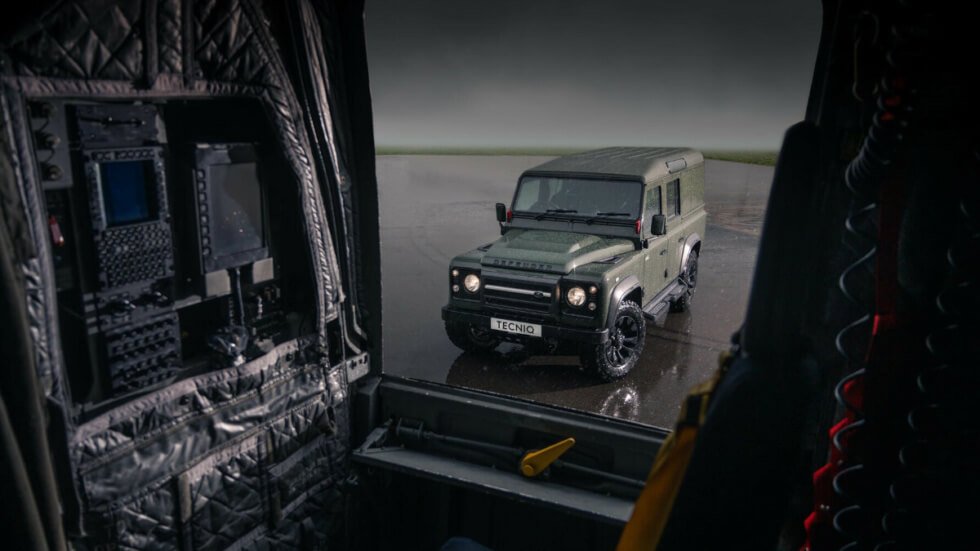