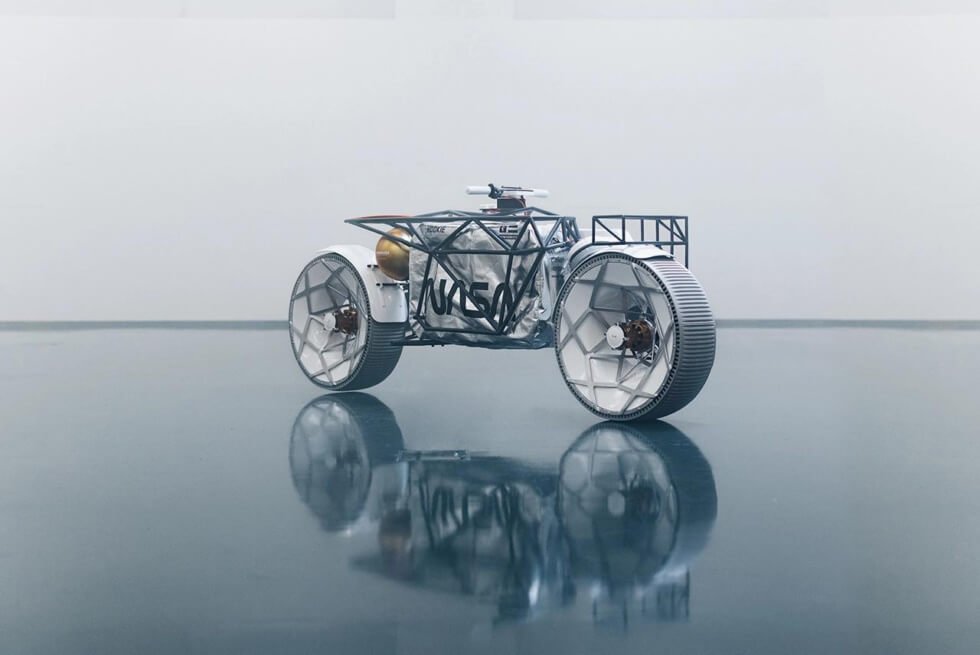 As far as we can recall, the prevailing thought was that life cannot survive in the vacuum of outer space. Aside from the absence of oxygen, exposure to radiation, and extremely cold temperatures of 2.7 Kelvin (-455 Fahrenheit). However, researchers were able to debunk the theory. In honor of a hardy invertebrate that can survive the harshest conditions, we present the Tardigrade.

This two-wheeler gets its name from microscopic eight-legged creatures colloquially referred to as water bears or moss piglets. In an experiment conducted in 2007, scientists exposed these animals to one hell of a ride outside our atmosphere for 10 days. Surprisingly, they were able to revive most of them.

The Tardigrade we have here, however, is an electric motorcycle for the lunar surface. As far as we know, NASA has no plans to deploy anything like it when they return to the moon. With the Artemis program expecting delays, maybe there’s still a chance of convincing them otherwise.

This cool concept comes from Andrew Fabishevskiy – a Russian industrial and automotive designer. After catching the eye of Hookie Co. co-founder Nico Müller, it was a nine-month journey of building a real-life model of the Tardigrade. Nevertheless, the payoff is a remarkable work of art.

They went for a stainless-steel frame outfitted with lightweight composites and airless tires. It features a hub steering setup and packs a battery system that pushes it up to 9 mph. That’s slow by earth standards, but the original lunar rover only boasts a top speed of 8 mph by comparison. A full charge should last up to 68 miles. If you want to see the Tardigrade in person, head over to the Petersen Automotive Museum as it’s part of their ADV:Overland exhibition. 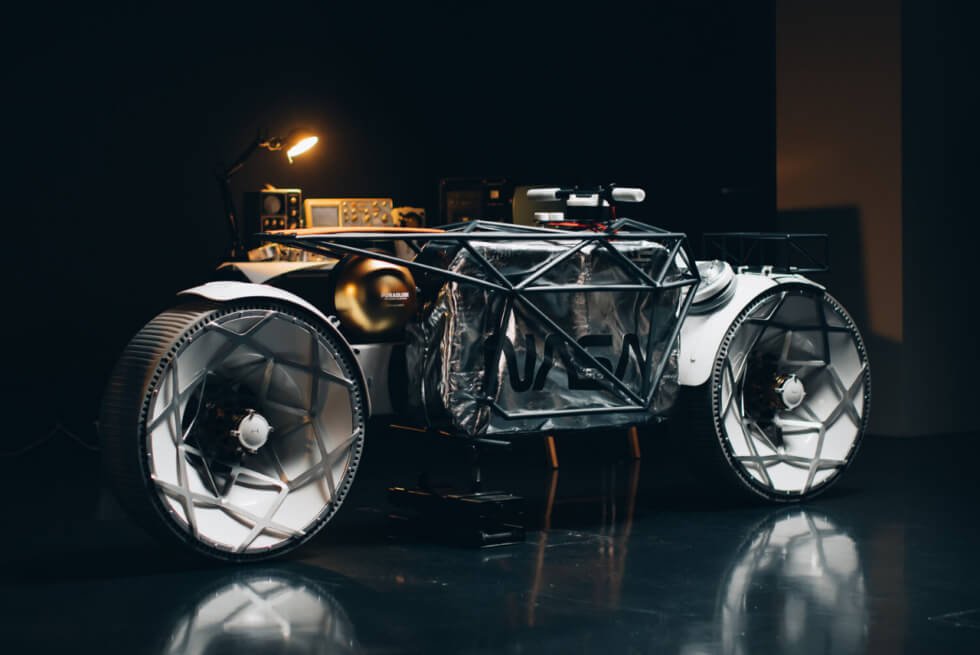 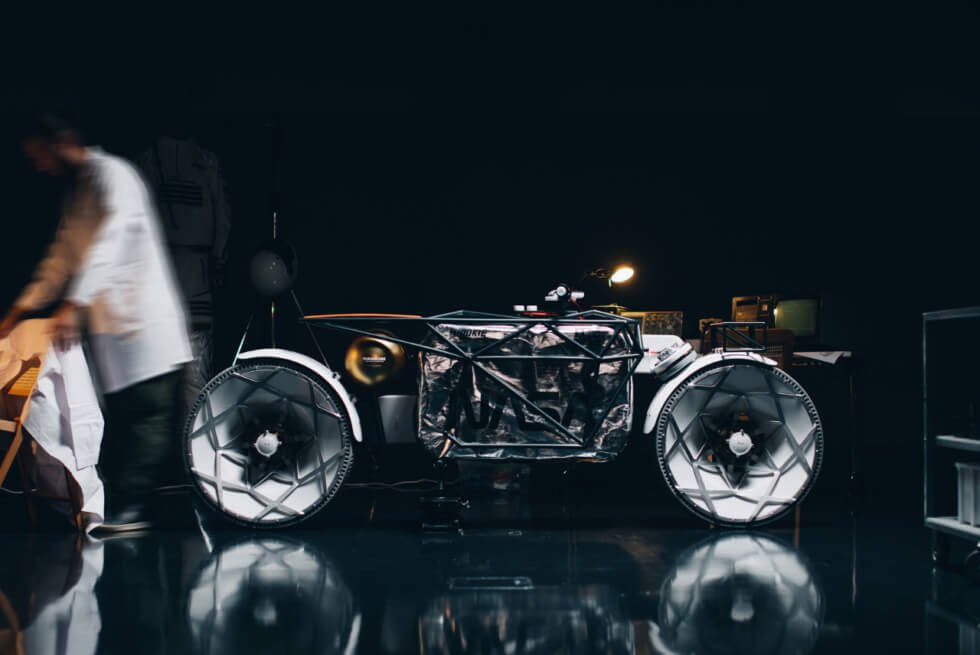 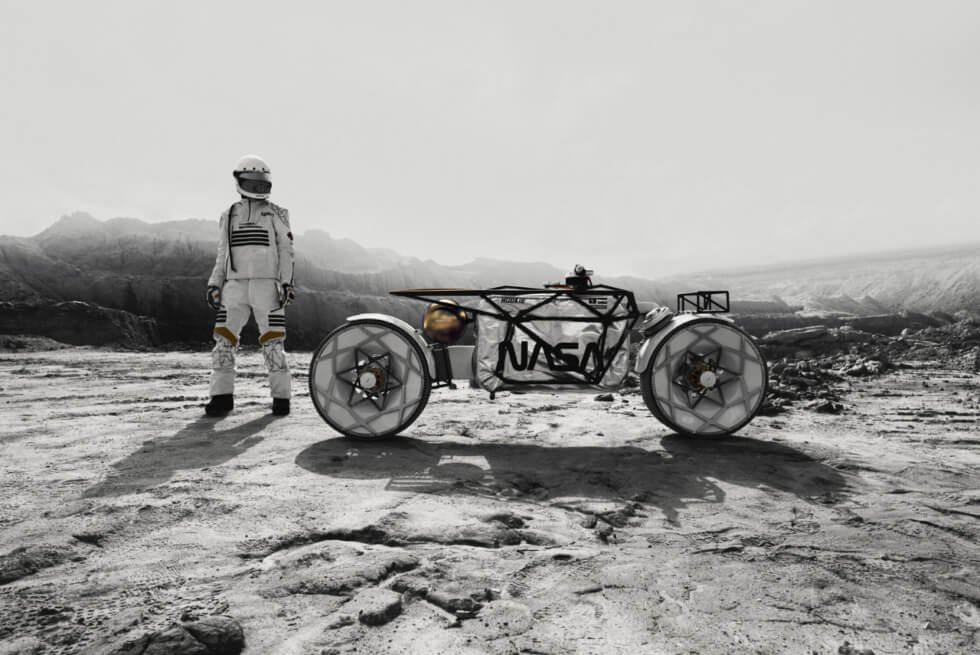 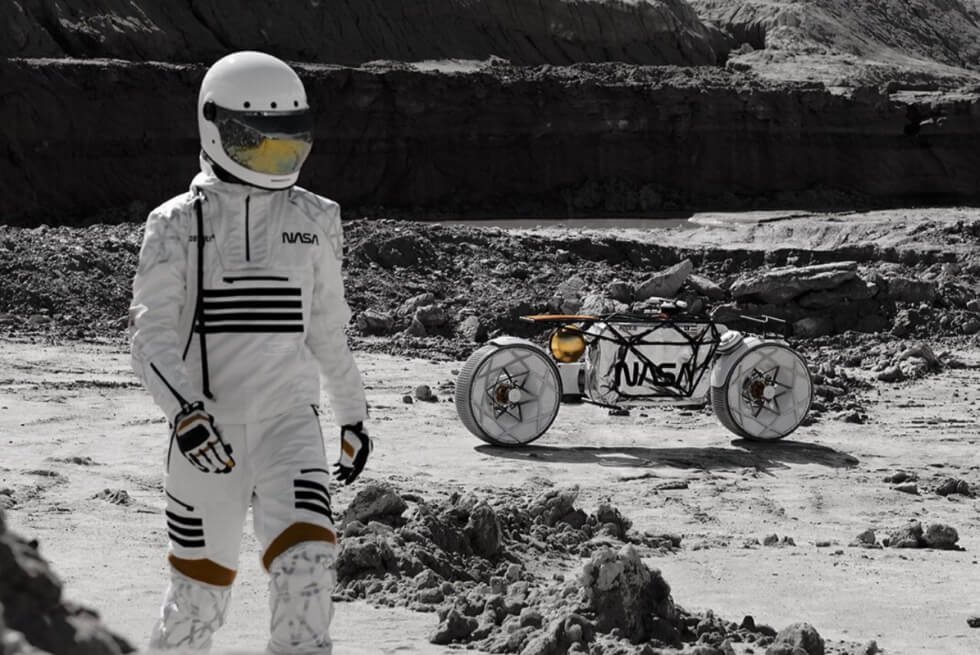 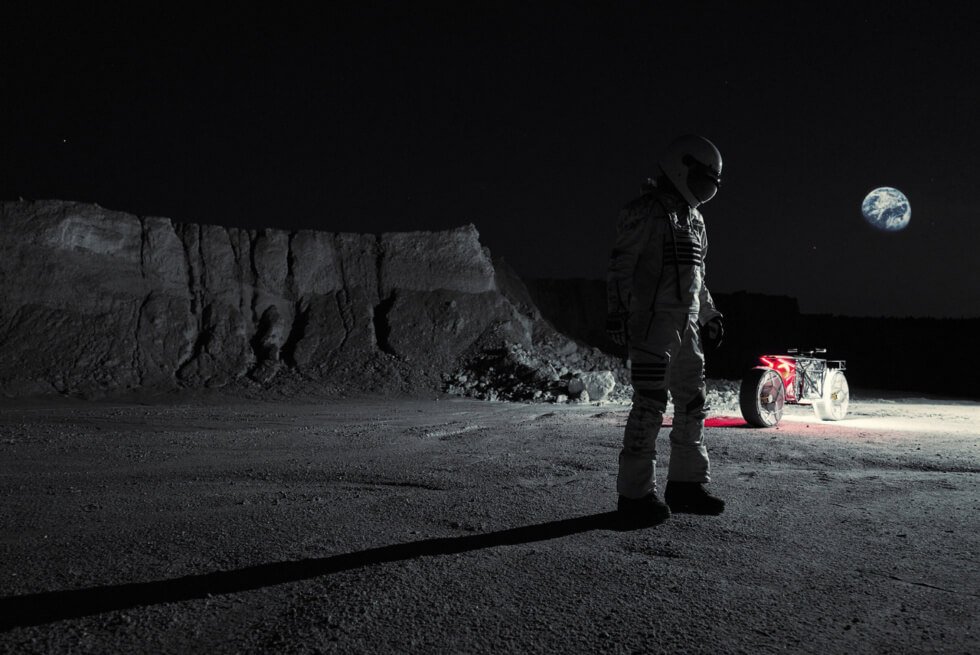 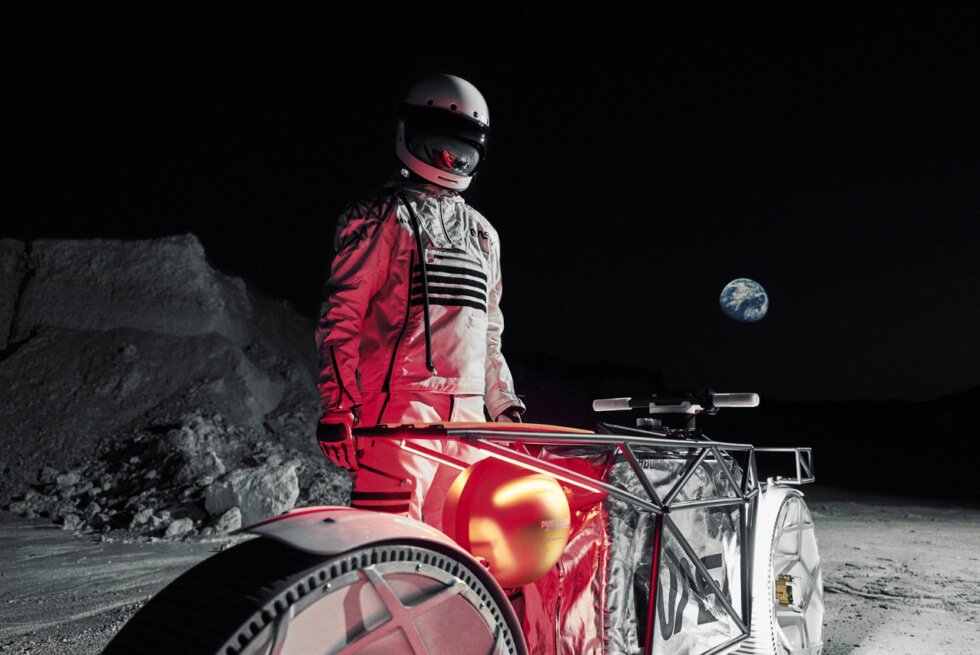 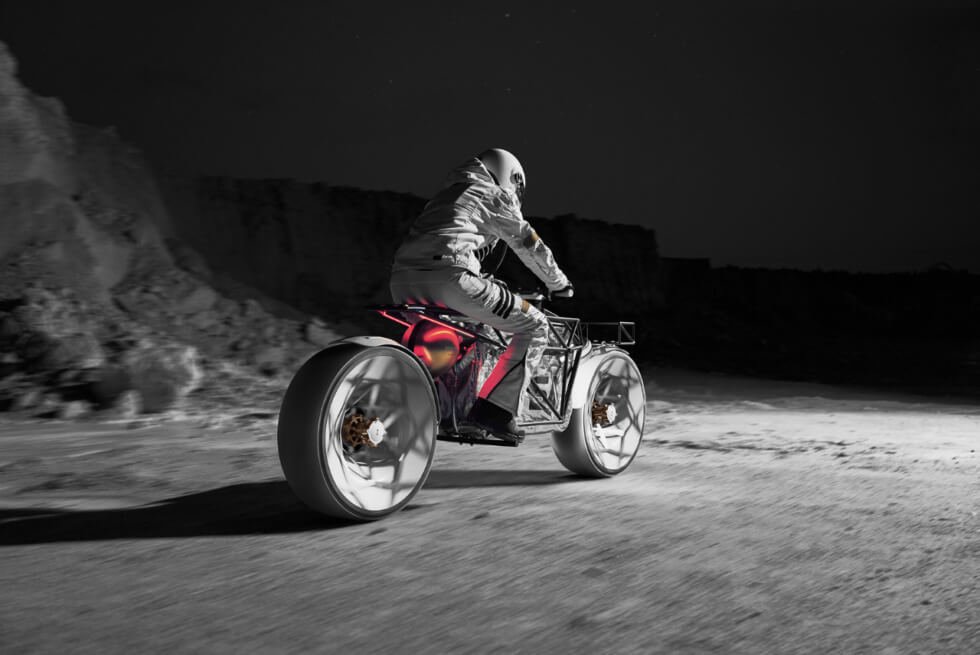 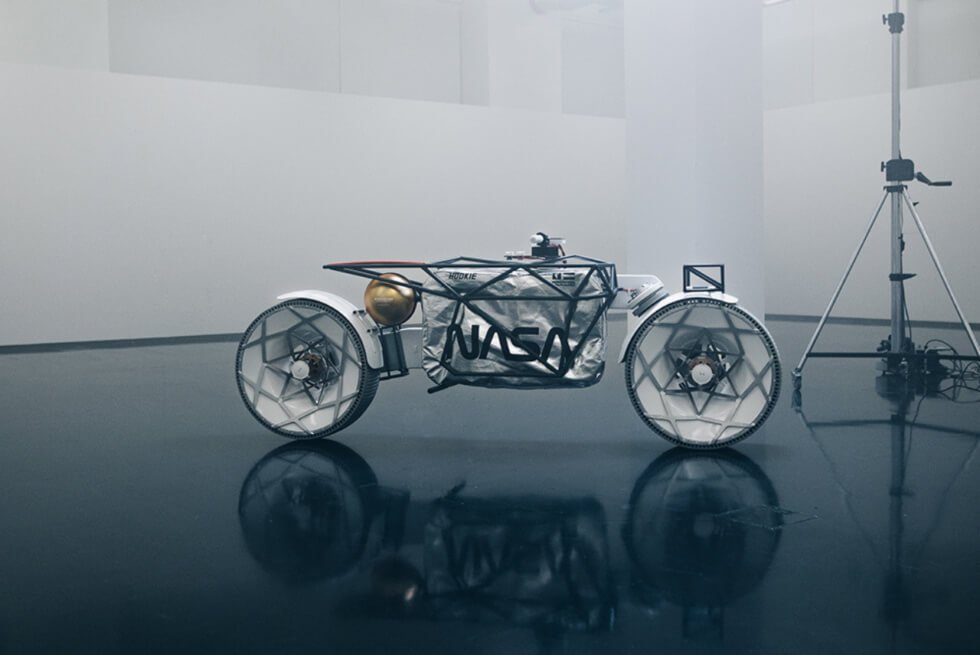 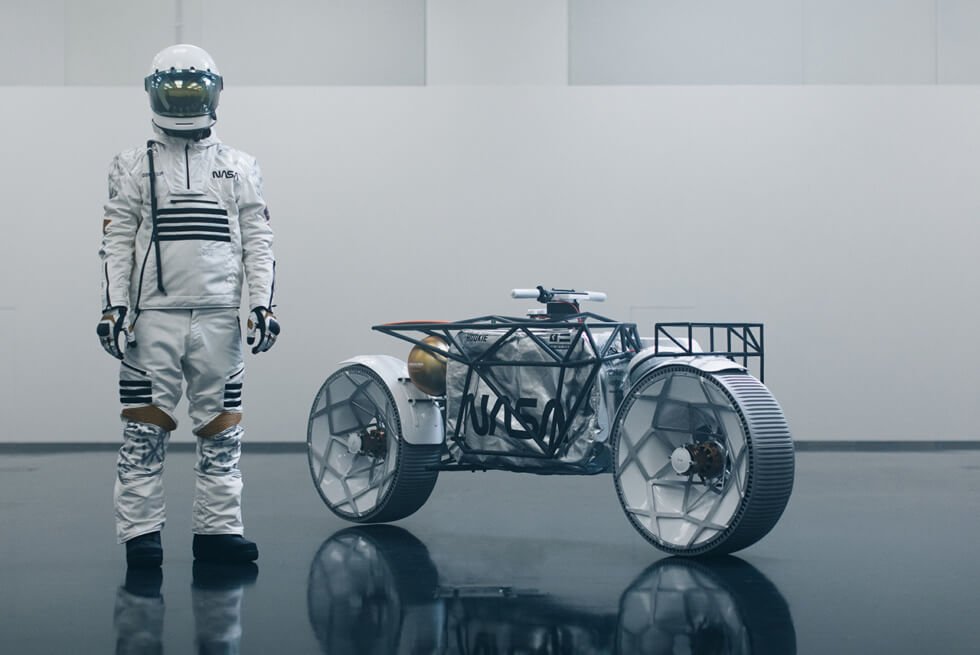 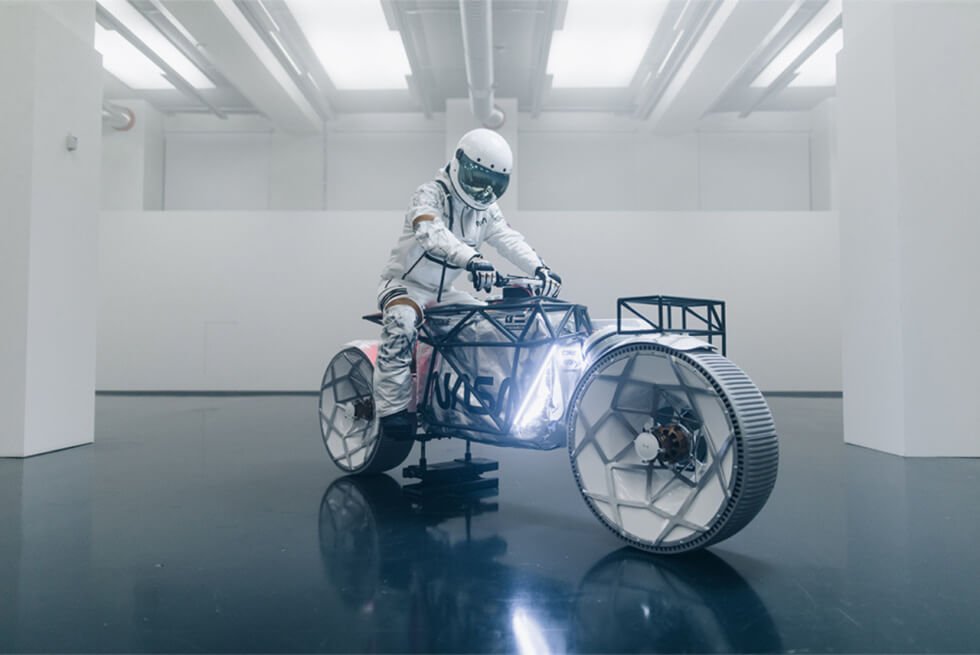 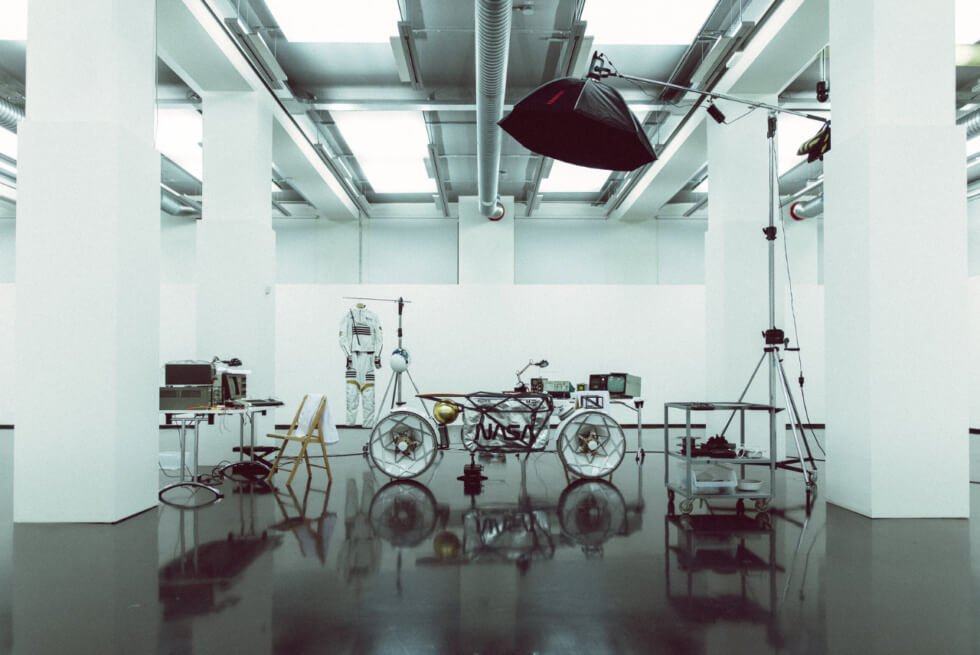