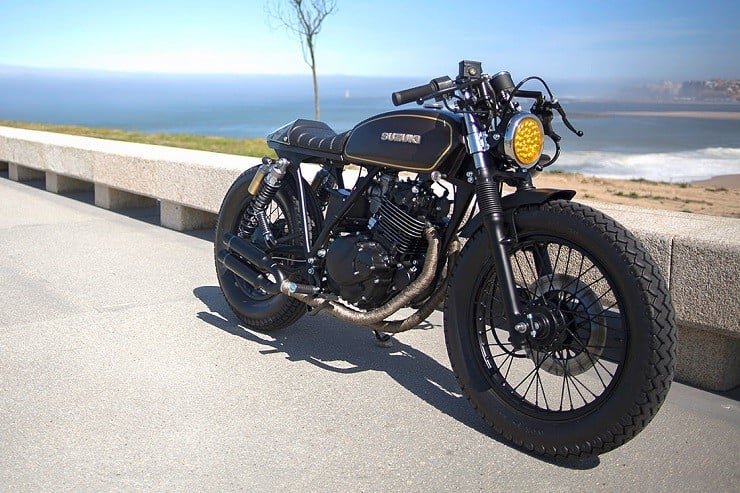 Rebuilding and customizing motor bikes is a passion that never gets old. Each time a vehicle is lovingly reworked, it expands on the potential of the bike and makes it greater. Such is the fate of this Suzuki GN250 from Dream Wheels Heritage of Portugal.

This GN along with many of its brethren were part of Portugal’s Postal Service. Retired from deliveries, she has been reborn as a sleek café racer. The original 250cc engine has been rebuilt with only such expendable items as brake lines and fork boot replaced. Showa shocks hold the back and the front forks are adjusted to set with the 18″ front and 16″ back wheels. The tank has been adapted from a Sachs Lotus Special V5 and the seat is actually a removable hand-made cover over a sub-frame. The LED taillights are built into the seat. It has a custom-made front fender, license plate bracket, and battery box. The exhaust comprises two EMGO mufflers connected to the headers via a one-off branch.

The new LED headlight sits in front of a set of clubman bars with Biltwell Inc. Kung Fu grips. Wrapped in Mini Copper Hot Chocolate with gold touches, this fearless bike is destined to spread smiles all around Madeira. [via] 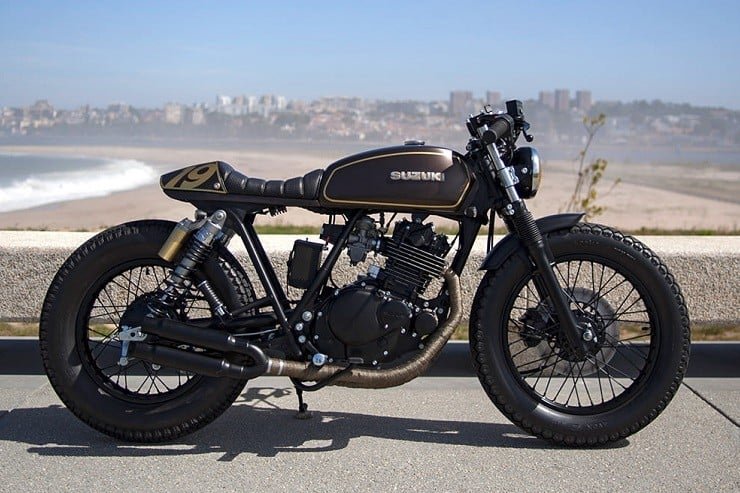 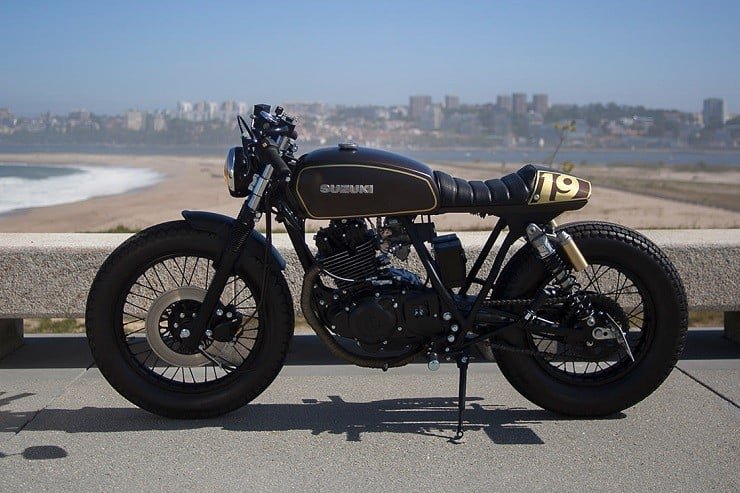 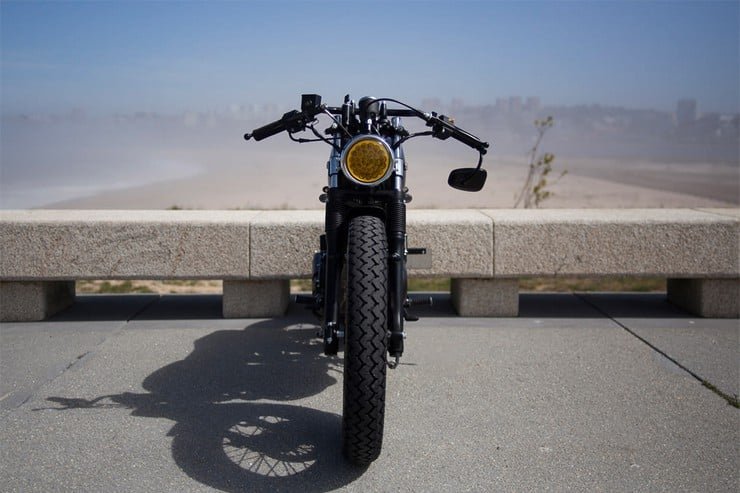 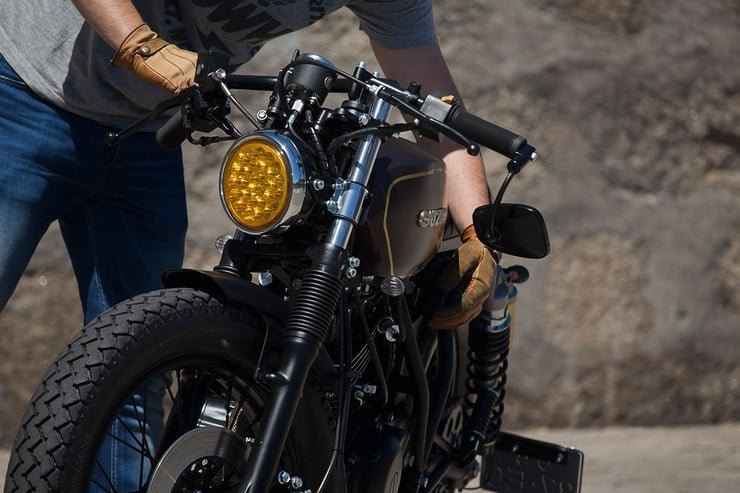 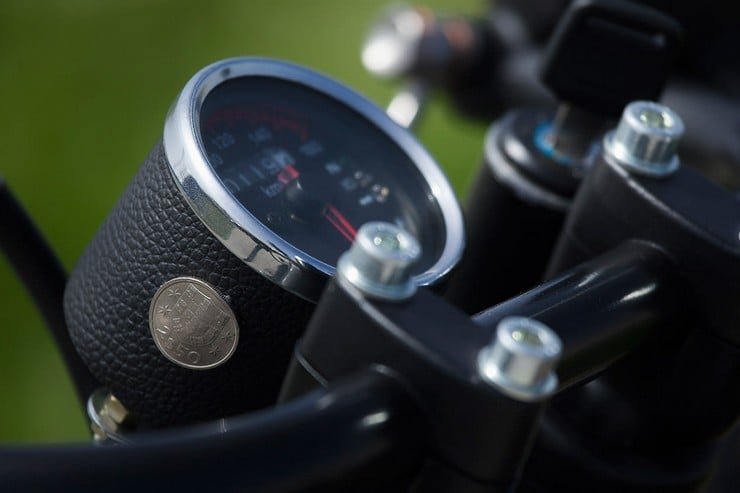 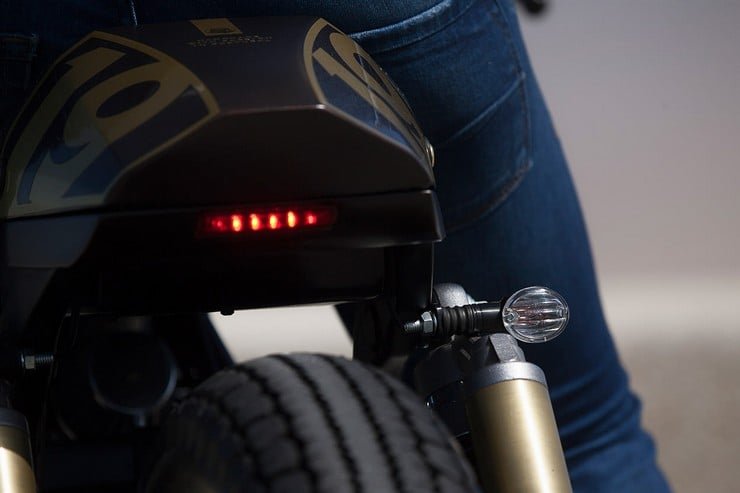 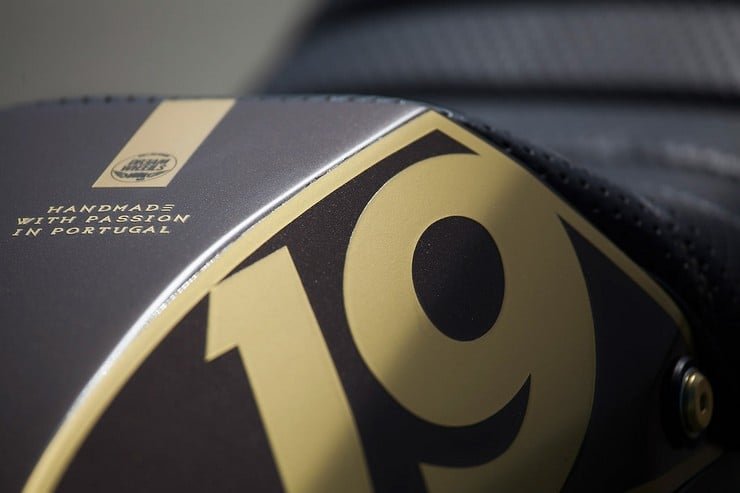 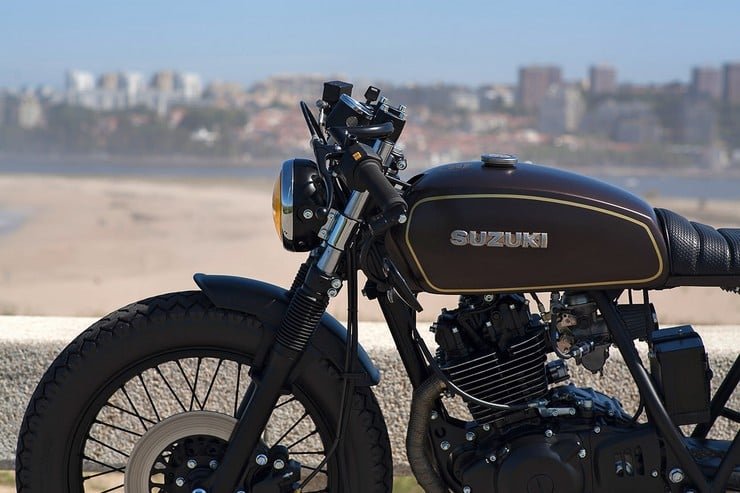 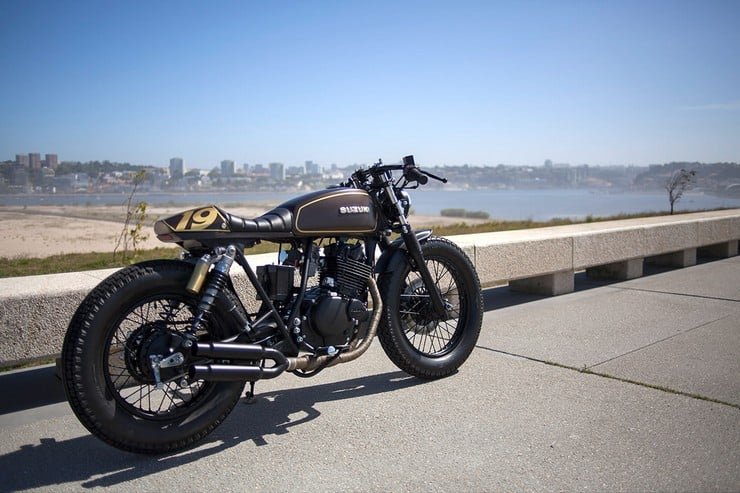 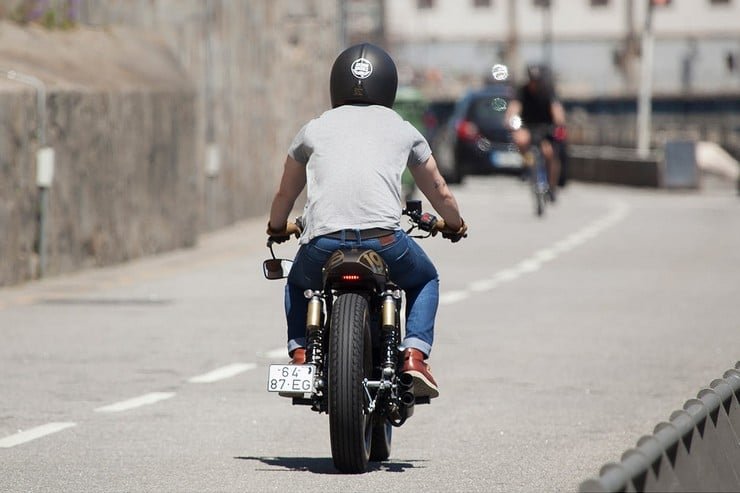