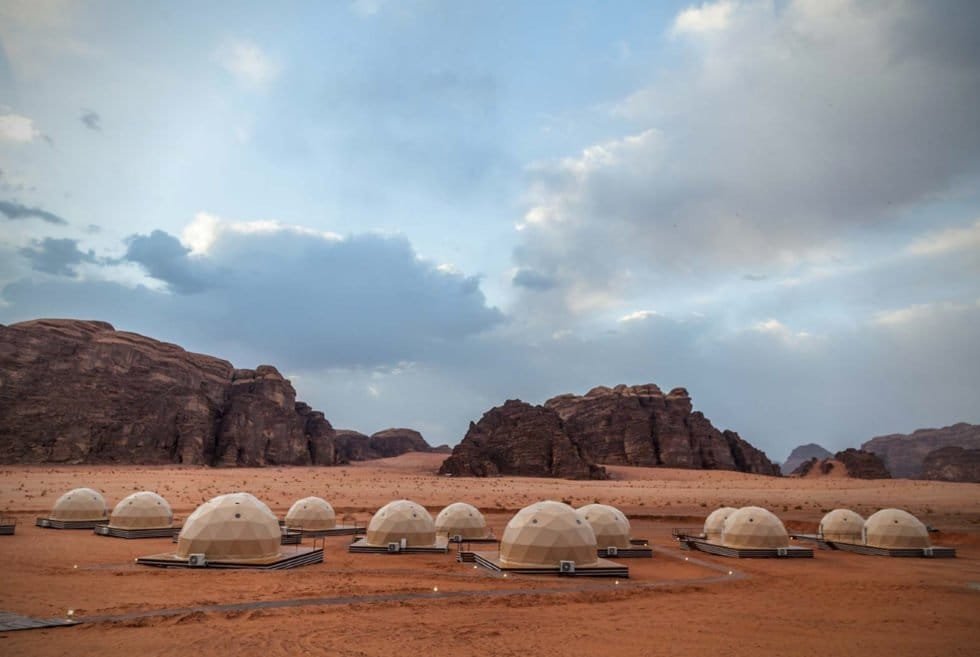 Sure, we’ve made so many strides toward deeper space exploration. And though Elon Musk and a lot of other rich billionaires want us humans to venture farther out at some point, we’re not reaching Mars anytime soon. Wadi Rum, Jordan is a close second, though.

In Wadi Rum desert there’s the Sun City Camp, where you’ll definitely want to go if you want the closest Mars-like experience on Earth. It’s designed to mimic the alien experience one would have if they find themselves suddenly stranded in the Red Planet. Set on red-dirt land, it features a smattering of space camp-like Bedouin-style tents. Needless to say they look incredibly out of this world.

Those geodesic “Martian Domes” were apparently modelled after the Buckminster Fuller’s famous design. Inside each you’ll find a terrace, a private bathroom, and a king-sized or double bed. You’ll also be facing a tall stack of windows overlooking the red terrain outside.

In that regard, the Sun City Camp almost seems like a remote neighborhood set up by the first set of humans on Mars. Just forget for one second that it’s a glamping hotel in the middle of nowhere and imagine that you, along with a bunch of other people, happened to meet on the Red Planet, set up camp, and slowly but surely eked out a fully operational community. There are so many scientific gaps in this train of logic, but who cares — just pretend you’re on Mars, silly. Forget the rest. 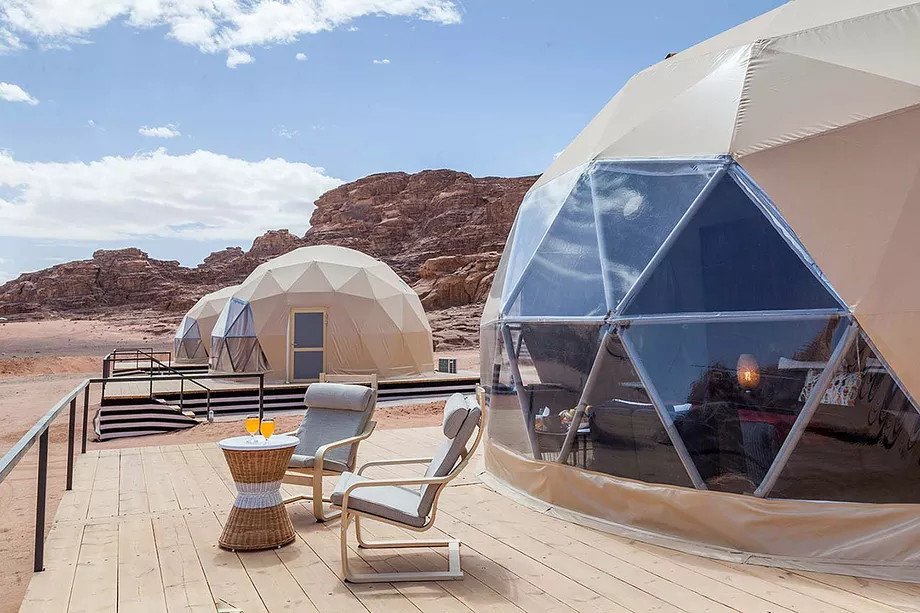 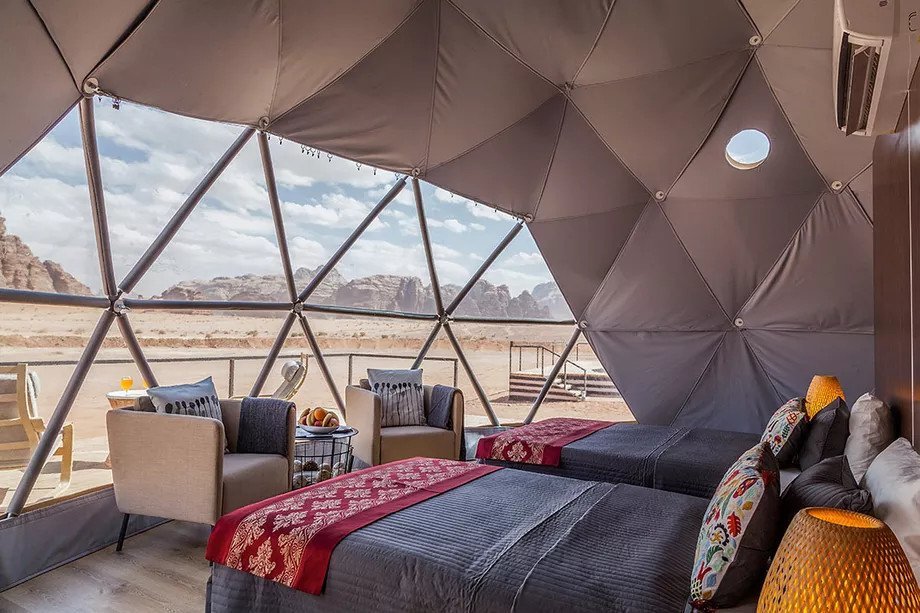 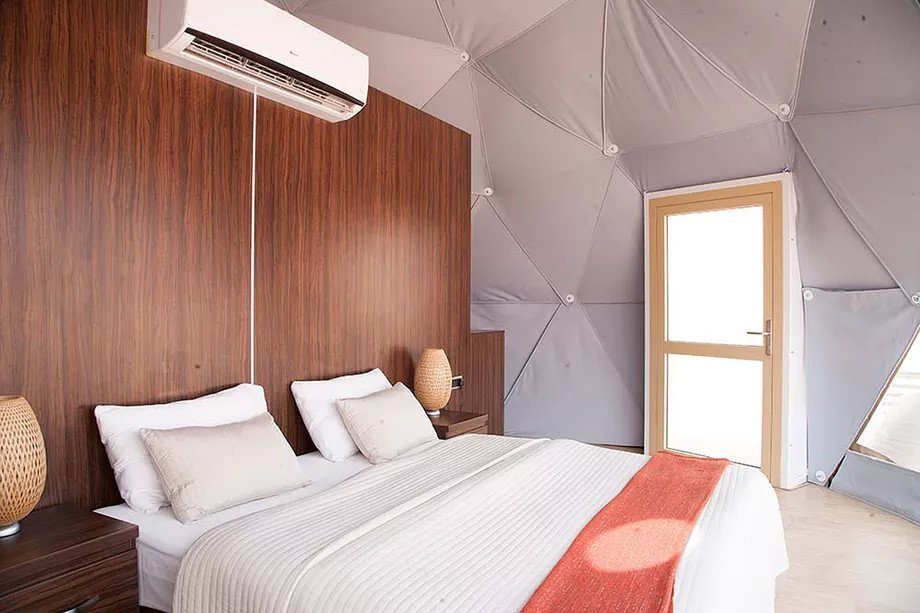 Kleine Bleibe offers two cabins that do not have equipment that generates voltage and a sauna that overlooks the forest topography.