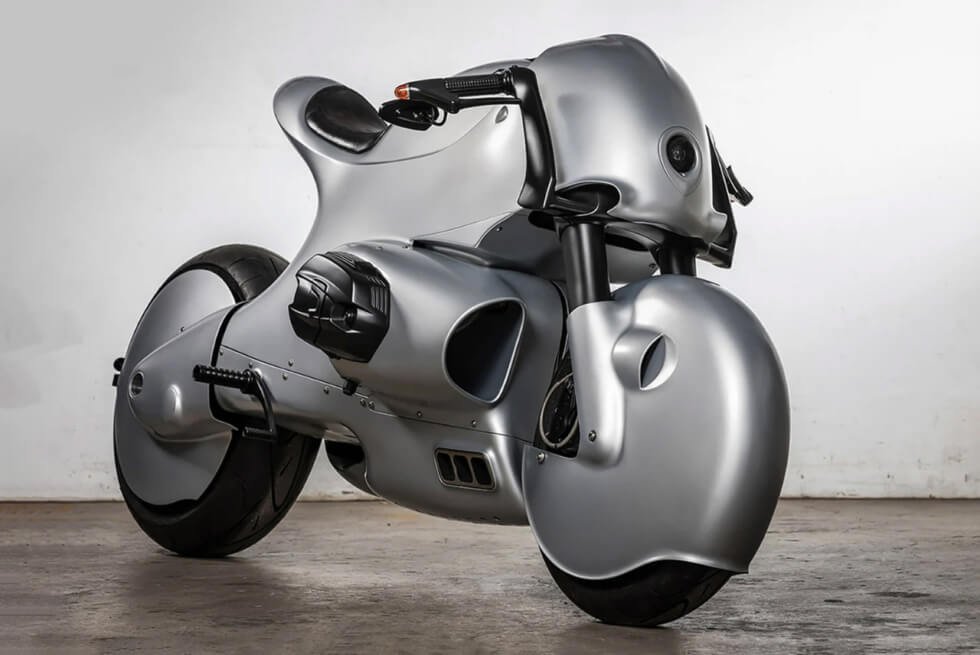 The motorcycle aftermarket customization scene just loves to work on BMW Motorrad’s R nineT. While each group has their preferences, the roadster figures in a lot of awesome projects just like the Storm. Credit goes to FabMan Creations for this stunning build which sees the donor bike don a metal armor.

Motoring enthusiasts should recognize the aesthetics they’re going for here. According to Wayne Buys of the South African shop, this R nineT is commissioned by a client with a penchant for aviation. Much like the aerodynamic themes back in the day, he adorns the two-wheeler with a stylish aluminum kit.

As with art deco cars of the past, the streamlined silhouette of this BMW moto exudes class. With almost every inch of the Storm behind the matte silver bodywork, it looks ready to fly. The rivets holding everything together are a nice touch enhancing its aircraft motif.

FabMan Creations installs bespoke handlebars with bar-end turn signals and reverse-hinged levers. Then there’s a dashboard that holds an Acewell speedometer framed by push buttons on each side. This design language is satisfyingly reminiscent of a vintage fighter’s cockpit instrument panel.

FMC branding is on each side of the fuel tank that slopes down into an ergonomic saddle. At first, we were wondering where the exhaust systems were. Apparently, the exits are the three cutouts on the belly pan of the Storm. Meanwhile, the aggressive cowl holds a single headlight within.

Even with this series of modifications the BMW R nineT’s original performance and handling characteristics remain intact. The Storm may already have an owner, but clients can order a conversion kit for a hands-on project of their own. Are you thinking of getting one? 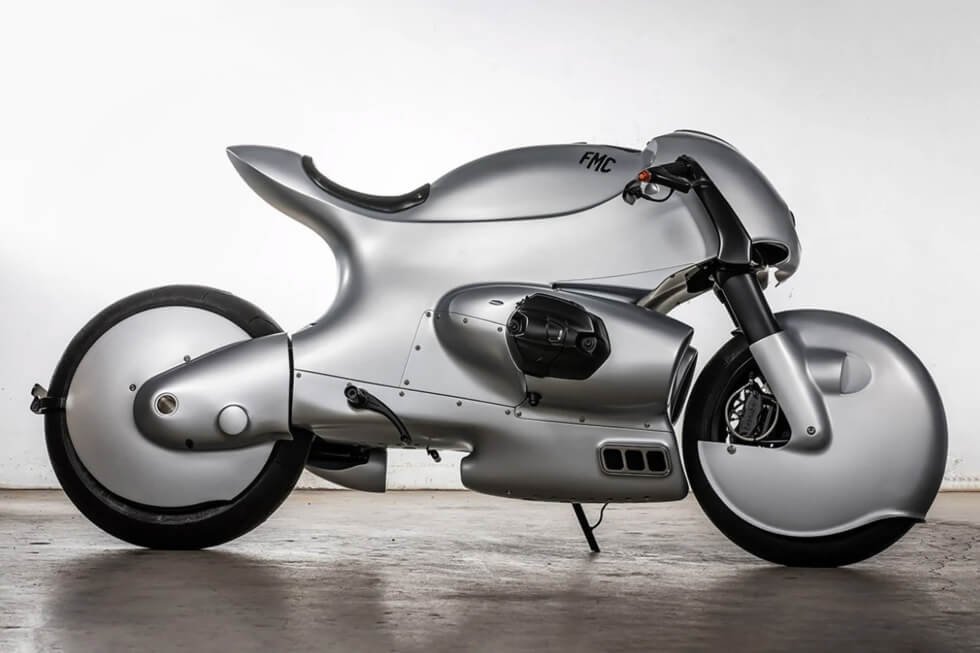 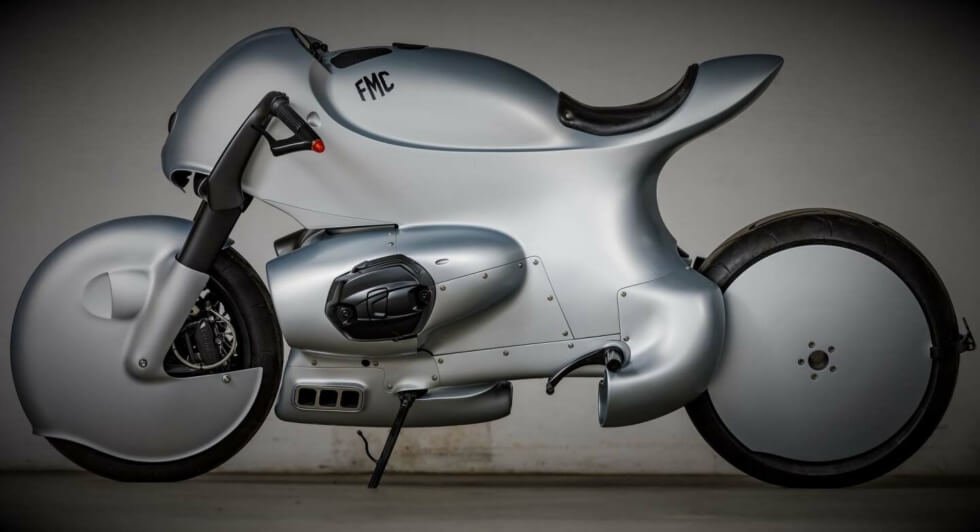 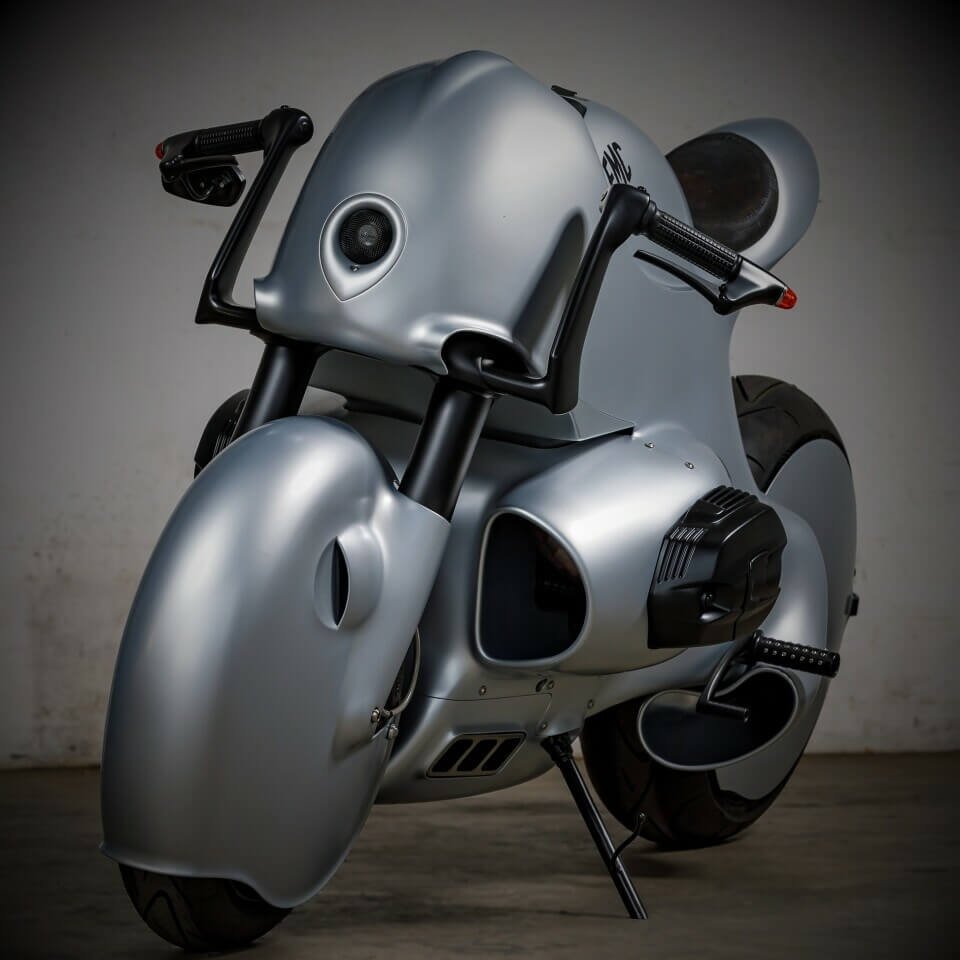 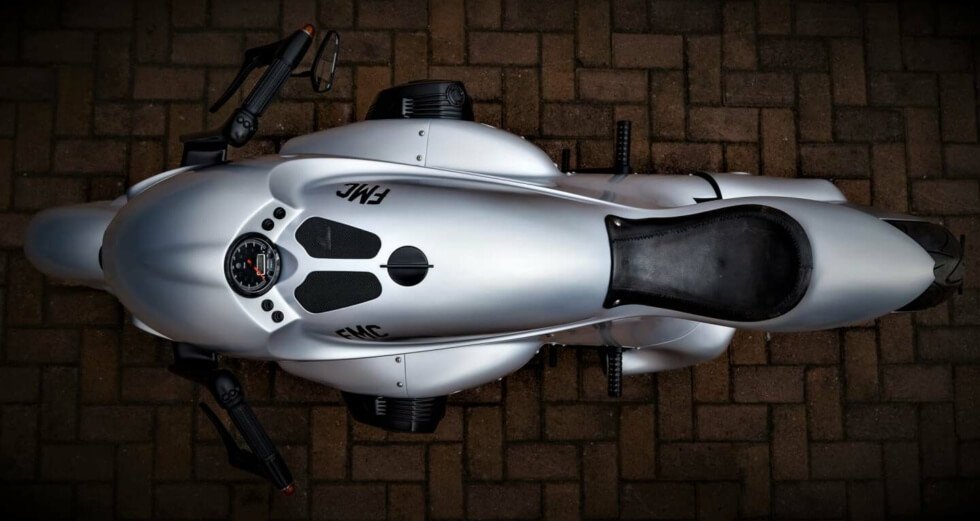 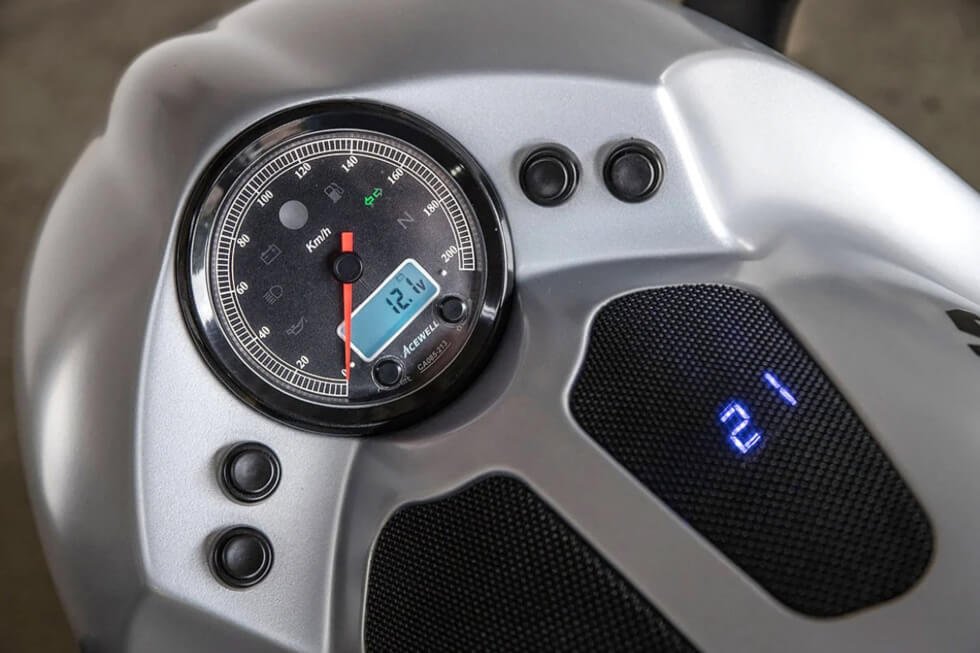 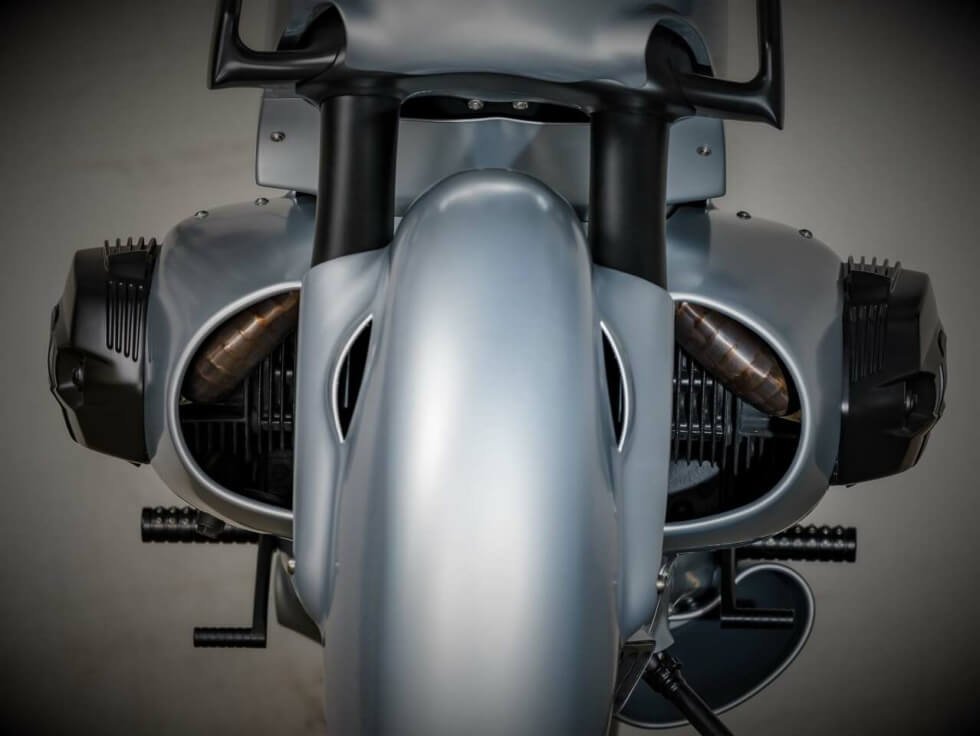