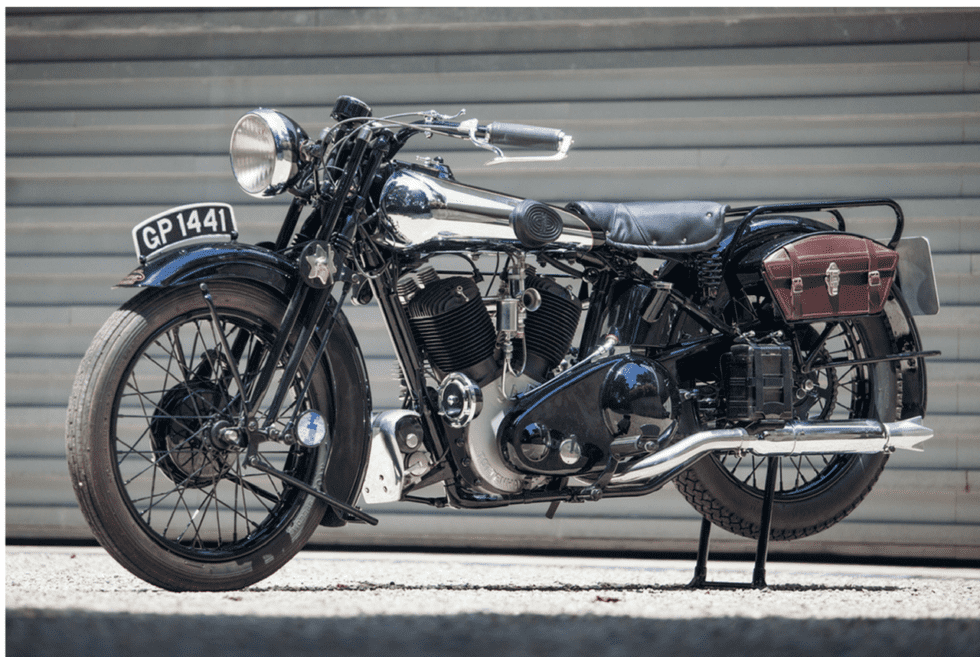 Mac and cheese…peanut butter and jelly…Steve McQueen and motorcycles. These are combinations that just go together – they just fit like a glove. Though McQueen did enjoy a fast car or two, his true passion was with two wheels. Triumphs, Husqvarnas, Indians and Brough Superiors were the brands he was fond of the most.

Fans of both McQueen and Brough bikes should take note that in an upcoming auction by Gooding & Company, the beautiful 1931 Superior SS80 is up for sale. Of all the bikes in his life, this was a clear favorite.

Brough Superiors had quite a short, but impactful lifespan. They were only produced between 1919 and 1940, with a mere 3048 bikes leaving the factories during those 21 years.

McQueen’s SS80 was the only Brough he had and he eventually passed it onto one of his dearest friends, the illustrious Von Dutch, otherwise known as Kenneth Howard.

Considered by many to be the Rolls Royce of the motorcycle world, Brough made the history books with their innovations. It is particularly noteworthy that they produced one of the first road bikes in Britain to achieve a top speed of 80MPH and were a major player in the motor racing competitions before 1950.

The Vagabund Moto 350 Safari is a great upgrade for folks who prefer a stealthier profile on the KTM 350 EXC dirt bike.