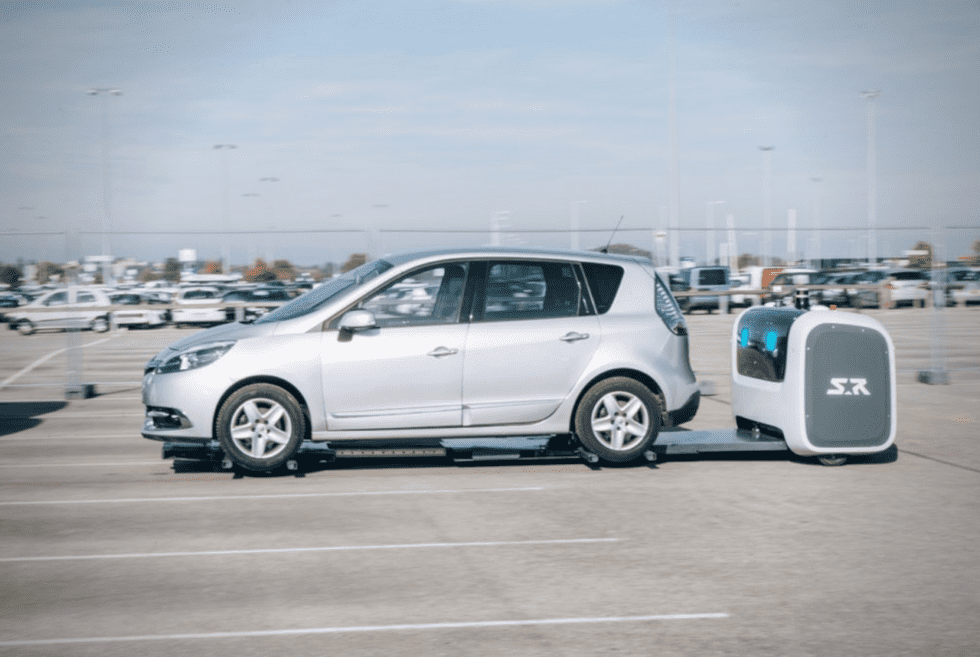 The future of valet parking? Robots, or so Stanley Robotics says with its new Stan robot valet. After a few years of testing, the company is ready to put a fleet or robot valets to use — starting at France’s Lyon-Saint-Exupéry airport this week.

The way this works is you leave your car in a special garage-like box. Then one of Stanley’s robots will literally pick your car up and take it to a designated parking spot. When you return, the system will use your flight information to determine when to bring your car back to a box. Then you can just saunter in, hop on, and drive off. Say no more to waiting or searching the parking lot, says Stanley Robotics.

Of course, these robots are self-driving. They’re fairly large (about the width of a small SUV), rectangular-shaped, and essentially act as glorified forklifts. They have sliding metal arms that allow them to lift cars from the tires.

But don’t laugh — they’re more efficient parkers than we are, claims Stanley Robotics. The robot valets can fit 50 percent more cars in the same area. That’s because they were specially engineered to line them up closer.

At the moment, these robot valets will cover 500 parking spaces. But the company says it eventually wants to handle 6,000 spots. But it remains uncertain if Stanley Robotics plans to launch at other airports, too. A test is planned for the Gatwick airport in London later this year. Maybe we’ll know more by then.