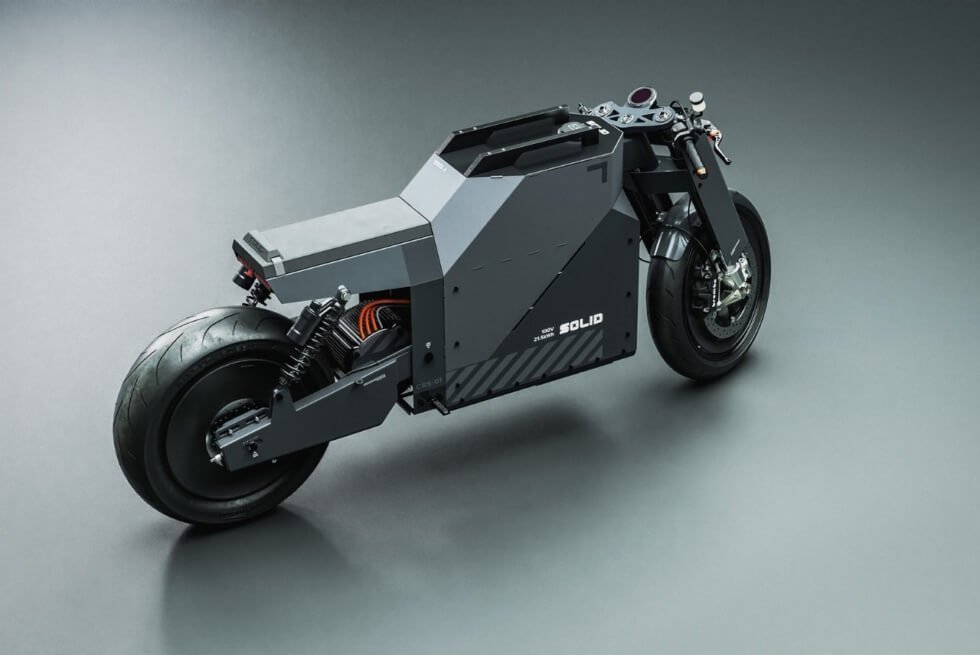 Eschewing sexy curves for a more geometric theme, a team of designers come up with this striking electric motorcycle. The CRS-01 appears muscular with its boxy body and chunky chassis. This project was commissioned by SOLID EV – previously called NXT Motors – and is supposedly close to commercial production. If you prefer a raw macho ride, this is it.

Similar to the automotive industry’s gradual transition from internal combustion engines to battery-electric technology, motorcycle manufacturers are ready to do the same. Even classic marques like Harley-Davidson already have an emission-free platform for those who want one.

As for the CRS-01, it will supposedly use SOLID EV’s existing architecture on the MX. In fact, the company commissioned VoyagerCo. to design the aesthetics of the bike. The electric moped’s familiar simple utilitarian look is no longer recognizable. Fabian Breës and Jeroen Claus of the Belgian studio opt for what many would call a bold brutalist profile.

“We took a highly modular, product-like approach, using cost-effective materials such as sheet metal to build a self-supporting monocoque frame also doubling as the exterior panels of the motorcycle,” notes the team. This means buyers can customize certain elements of the CRS-01 and probably opt for upgrades as well.

In fact, most will also point out that its outline somewhat resembles the angular surfaces on Tesla’s Cybertruck. The fairings may not be as aerodynamic as on other motorcycles, but it gives the CRS-01 a menacing stance. The tonal gray colorway with black adds a hint of stealth to its allure. As for the performance, SOLID EV is yet to reveal the specifics, but it should pack a more powerful setup than the group’s MX. 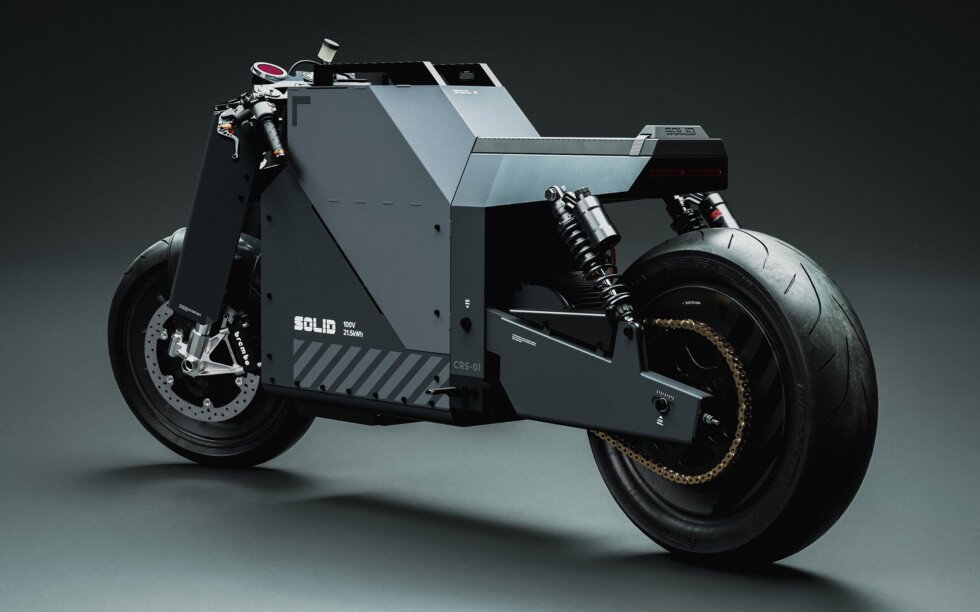 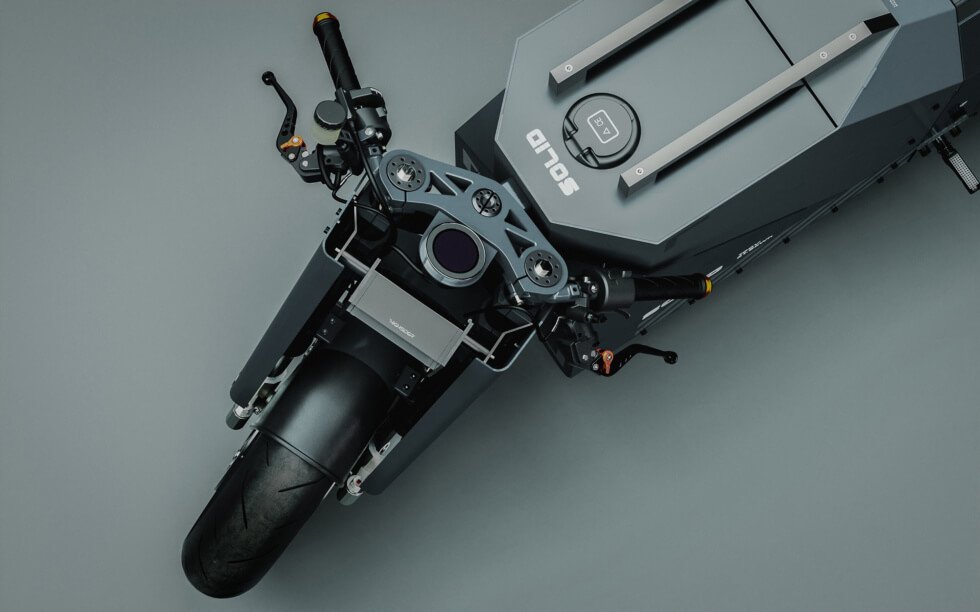 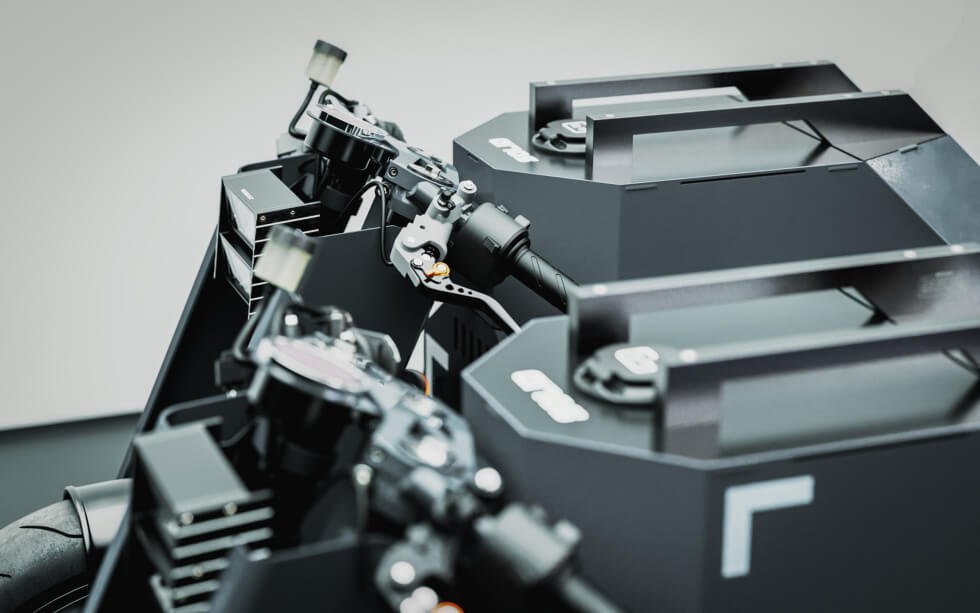 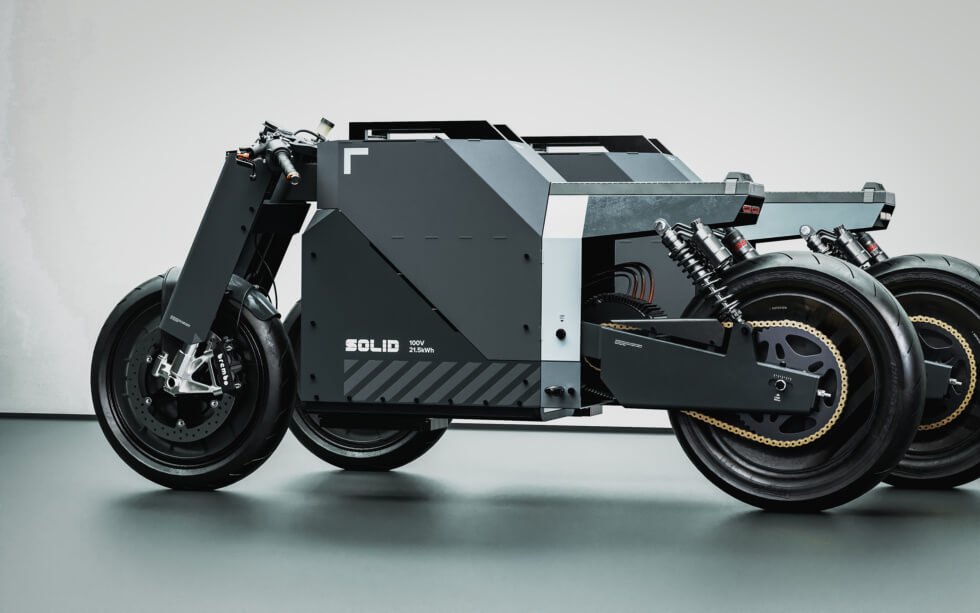 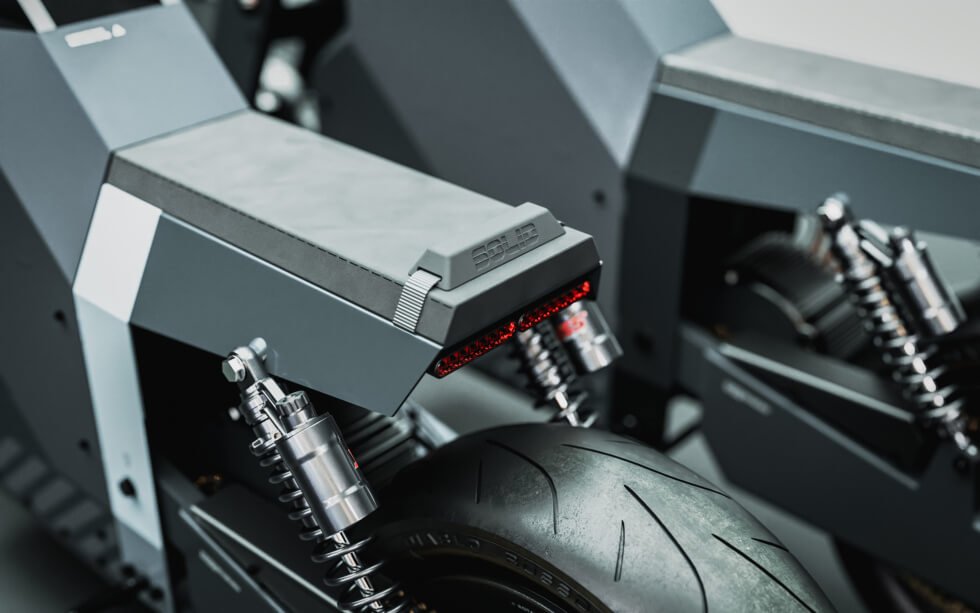 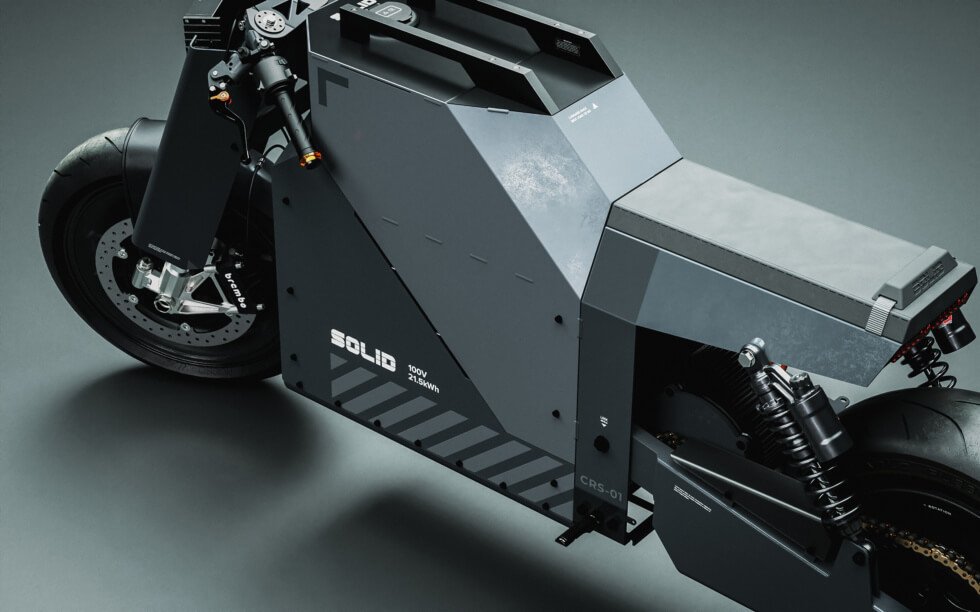 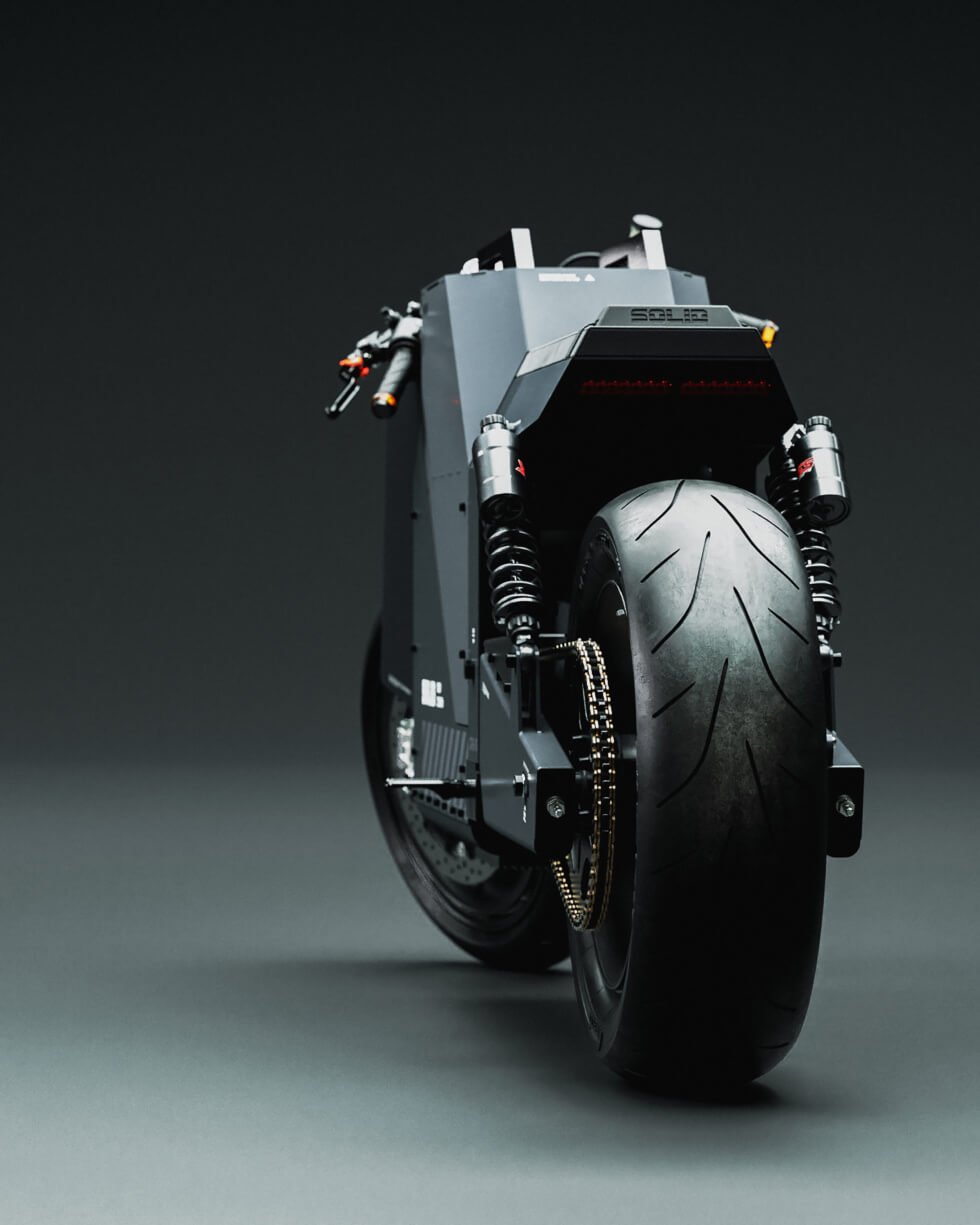