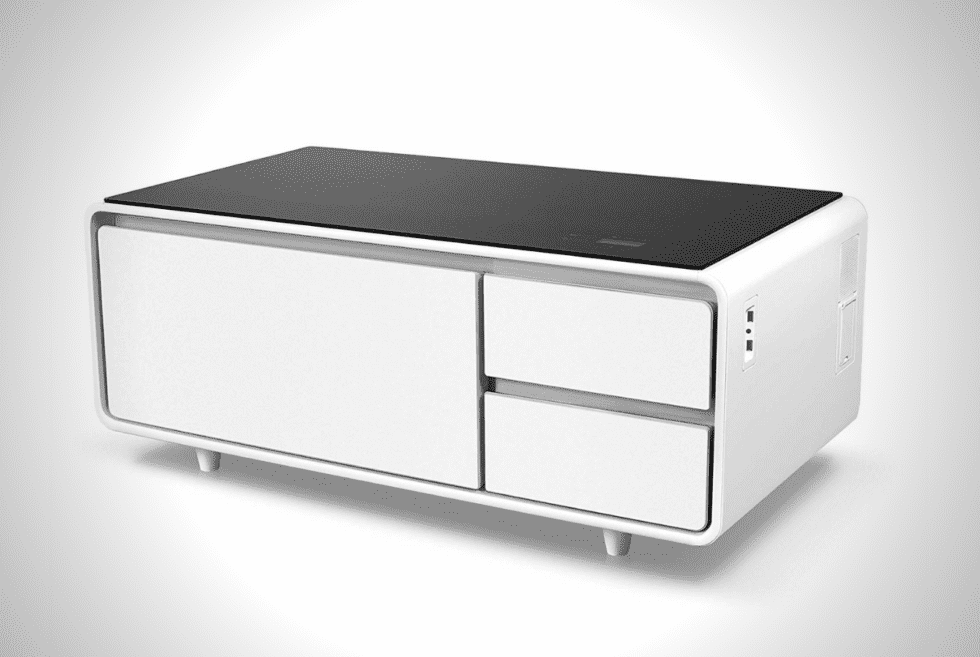 Kickstarter once brought us the darling little Coolest Cooler, which ended up being one of the fastest-funded campaigns at the time it was gathering some cash. The sobro Coffee Table is sort of like its distant cousin. That is, its more elegant, sophisticated, and refined cousin.

The Sobro Coffee Table comes brimmed with a handful of gadget-y additions like dual speakers off to the sides, plus tabletop touch controls. But those are mere sideshows compared to the main event, its central refrigerator. Yes, this coffee table doubles as an all-around cooler and refrigerator — how awesome is that?

It’s got a cooler drawer that keeps both food and drinks chilly and within reach. And instead of bags of use, this one uses a compressor to ensure continuous, even, cooling of your favorite beverages. There are a number of temperature settings to match your preferences.

You can pair the table’s sound system with a TV to play its audio. Or you can simply use the built-in Bluetooth dongle. For flair, the Sobro coffee table features LED under lighting to create ambiance. That way it doesn’t sit there dead and dreary as you party with friends.

Then that party ends up being longer than you had initially planned. You’ve burned through a 50-track playlist, your phone is close to no juice. No worries. You can use the table’s set of charging ports to refill. A pair of 110v outlets are on the side of table, and there are even two storage drawers to place your devices in. 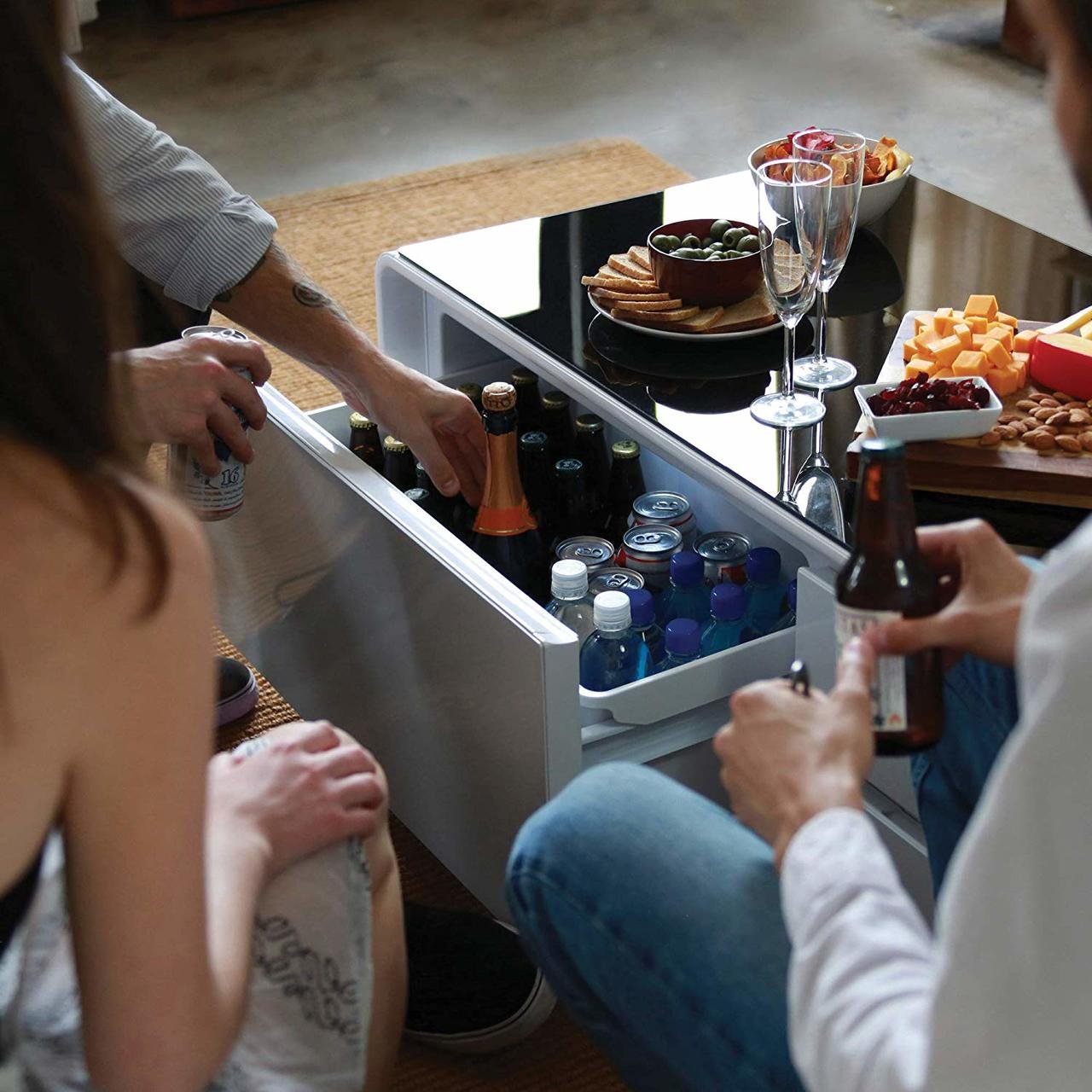 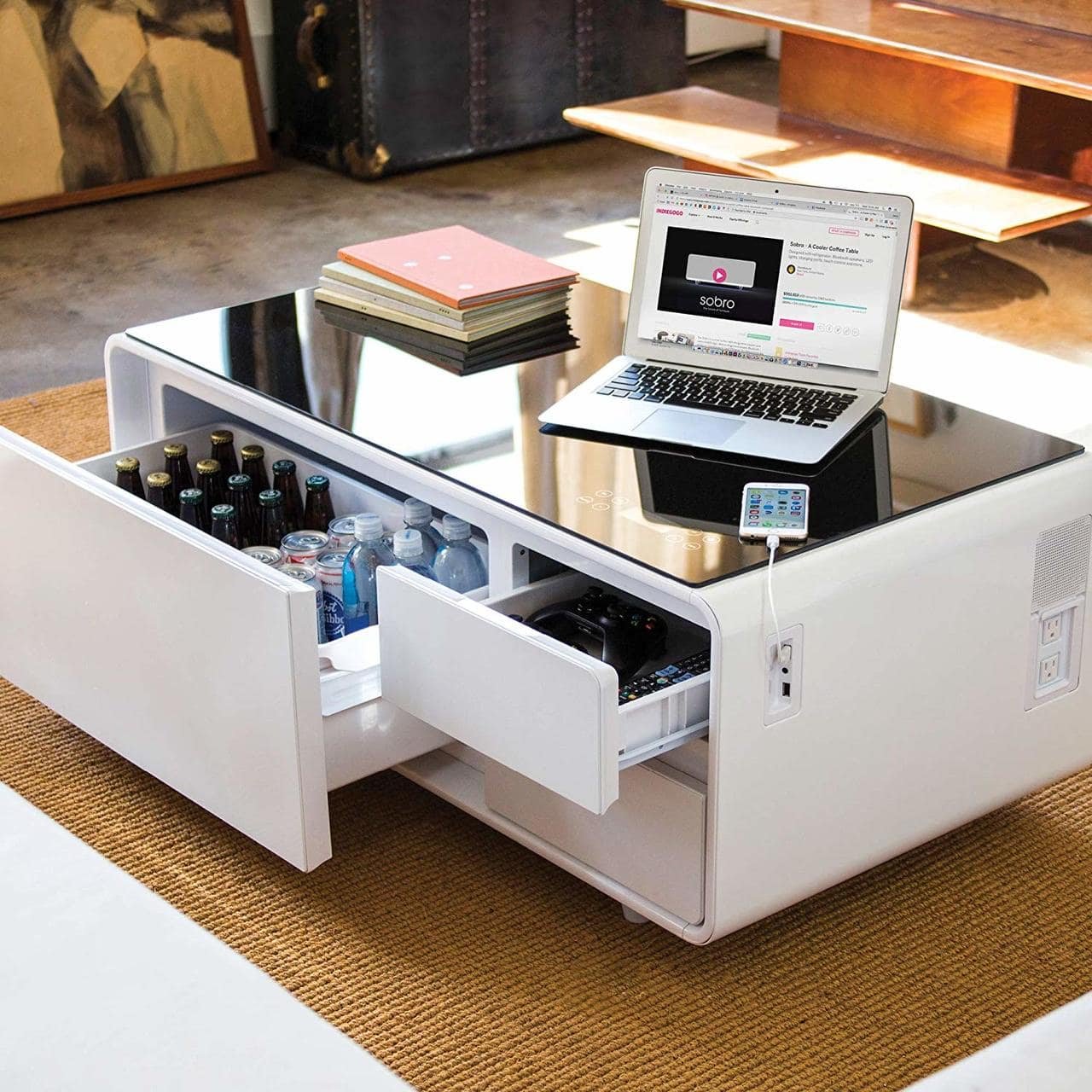 The Cooking Box lives up to its namesake as it looks exactly like one when not in use, but holds almost everything you need to prepare a meal.