The motorsports scene is becoming even more thrilling as the world’s leading carmakers are entering hybrid and electric models. Audi and Toyota have been shaking up the endurance racing world with 24 Hours of Le Mans podium finishes. For the upcoming 2022 Baja 1000 in September, SCG will be competing with the Hydrogen Boot.

We first got wind of this exciting development last year. However, at the time, there were no images of the actual machine. Now, we finally have an idea of what might be the official design for its sustainable off-road racer. The donor model here is Scuderia Cameron Glickenhaus’ Baja Boot.

Originally calling it the “Zero Emission Hydrogen Fuel Cell Boot Pickup Concept” was a mouthful. It’s good they’re renaming it the Hydrogen Boot. According to SCG, it is a “cryogenic supercritical hydrogen fuel cell electric Baja 1000 race vehicle.” They sure love to go crazy with adjectives.

Anyway, the most striking feature here is the large hydrogen fuel cell tank surrounded by a protective frame and takes up the bed. Preliminary renders showed us a traditional double cab pickup truck outline. So far, we’re loving the new direction that they’re taking the Hydrogen Boot.

It looks more rugged than ever thanks to its revamped layout. The naked frame at the front holds the spare wheel and tire strapped down for good measure. We also see four sets of LED headlights with a full-length LED light bar on the roof.

To optimize its Hydrogen-electric powertrain, a huge front-facing scoop intake sits above the mid-rig cooling system. After the 2022 Baja 1000, SCG hints at plans to build a street-legal version of the Hydrogen Boot. Let’s hope they keep the Mad Max motif intact when it comes out. 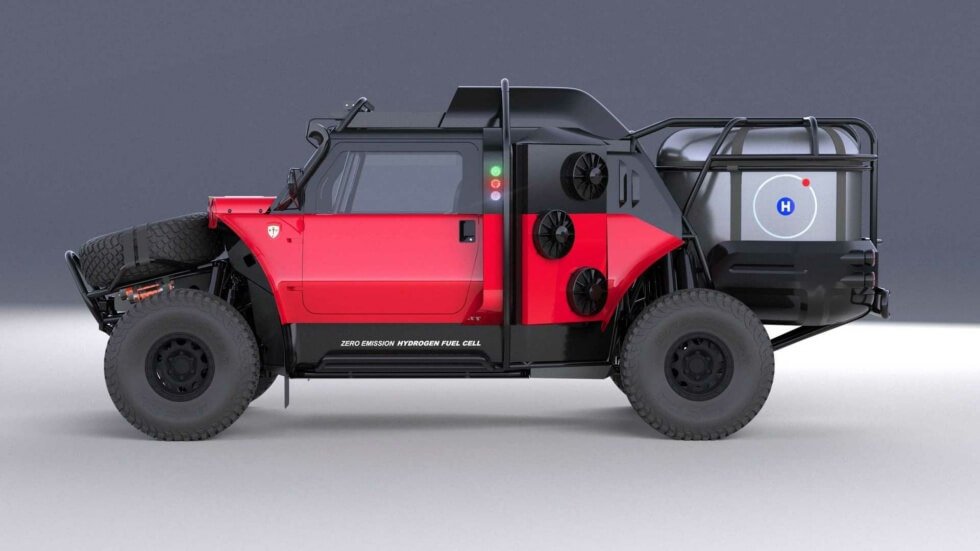 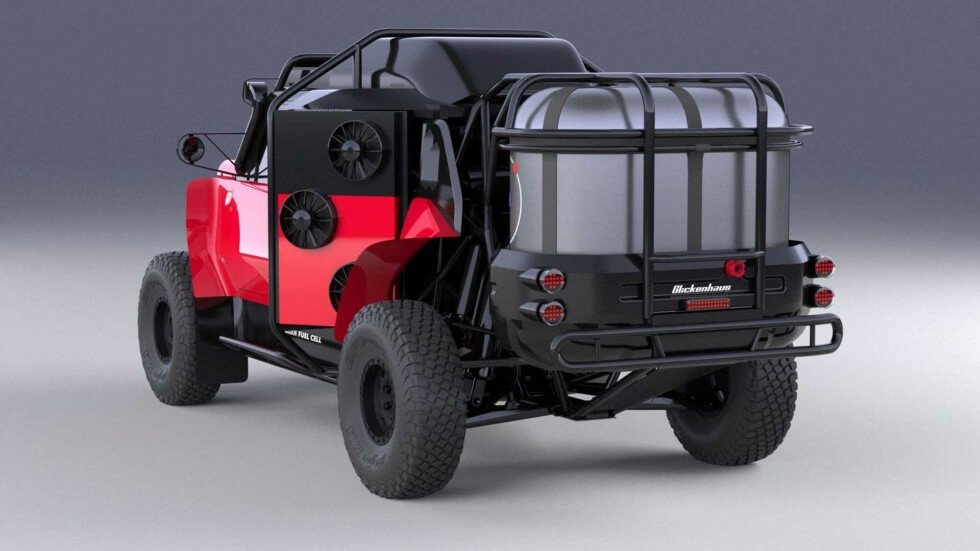