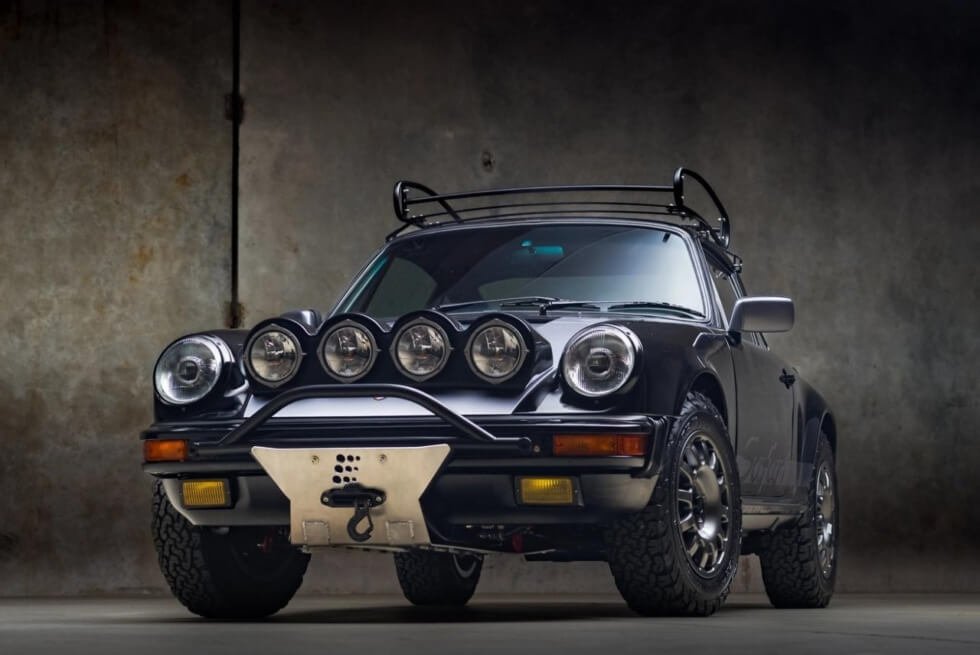 Deep down, we had a gut feeling that Bring a Trailer has something in store for us before 2022 ends. Since early this year, it has been nothing but stellar stuff from the auction house. In fact, they should be your go-to guys for classic cars. Just like this 1984 Porsche 911 Carrera in a Safari configuration.

Chassis number WP0AB091XES120572 is currently in Portland, Oregon. Word is the bids got all the way up to $142,000 but did not meet the reserve. The current owner may not be happy right now, but it just means the rugged coupe might hit the auction block again in the future.

Cross your fingers and hope it does not switch hands via a private sale. The Safari-spec 1984 Porsche 911 Carrera rolled off the assembly line with a Chiffon White paint job. In 2017, it underwent disassembly with some restoration work and received its current stealthy shade.

As for the cockpit, there’s black leather and Tartan fabric with metal grommets for breathability. Credit goes to GTS Classics for the interior revamp. The next time this 1984 Porsche 911 Carrera Safari goes up for auction, it deserves to be in the hands of an avid collector of the German marque. Images courtesy of Bring a Trailer