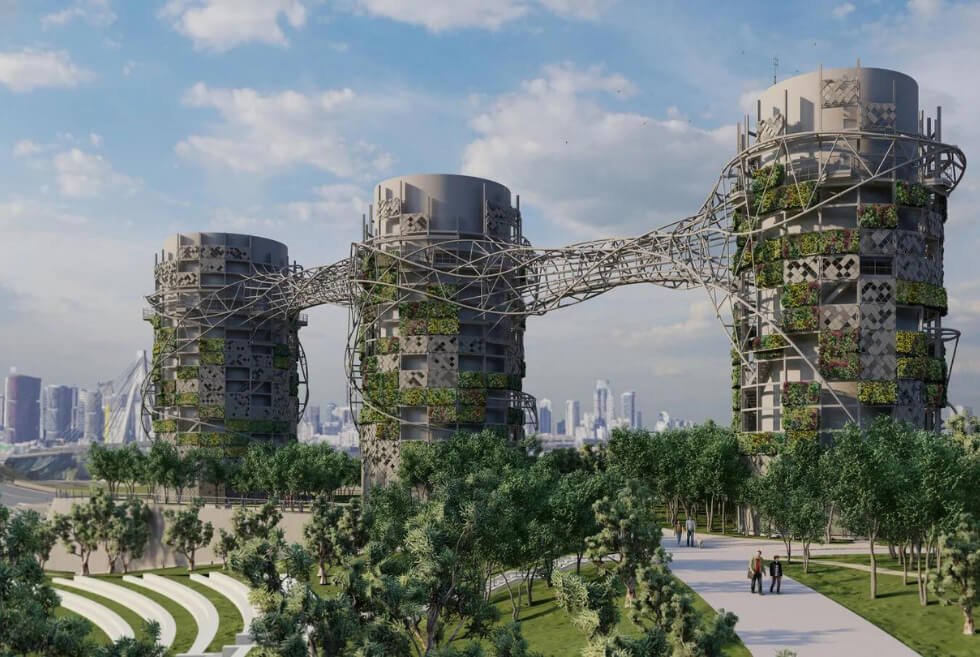 When architects seek inspiration, almost anything can turn into their muse. Occasionally, ideas can strike when they least expect it to. Most designers believe you can never go wrong with Mother Nature. The organic growth of plants and trees fascinate us in so many ways. As such, Studio Chris Fox proposes a stunning artwork that rises above the Rozelle Interchange.

As urban development grow year after year, we gradually encroach on places that teem with biodiversity. These days, the panoramic landscapes full of natural beauty are no longer there. Instead, concrete, metal, and humans are all that we see.

What Studio Chris Fox hopes to do is encourage flora and fauna to prosper in the area yet again. Three ventilation towers will form over the skyline of the Rozelle Interchange, in Sydney, Australia. Moreover, construction has been underway since 2019.

Meanwhile, the contractors –John Holland CPB – commissioned Studio Chris Fox to imbue everything with their artistic touch. As it stands right now, this massive project estimates completion by late 2023. Drawing attention to the towering trio will be a special cladding of zinc panels lending a geometric contrast to an accompanying feature.

A framework of twisted steel forms latticework of metallic vines wrapping and extending across each ventilation tower. According to the design team, these dynamic shapes represent the air that flows as vehicles rush below the Rozelle Interchange.

Renders also show hints of green as plants eventually grow on various surfaces. A pedestrian bridge lined with trees and shrubs will usher foot traffic over the Rozelle Interchange. It will take some time, but we hope it eventually turns into a verdant attraction for locals and tourists as envisioned by Studio Chris Fox. 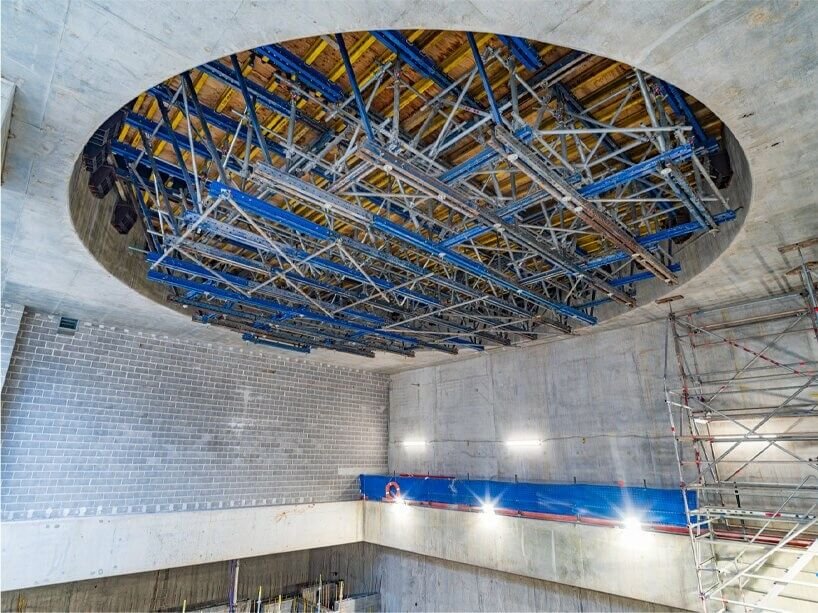 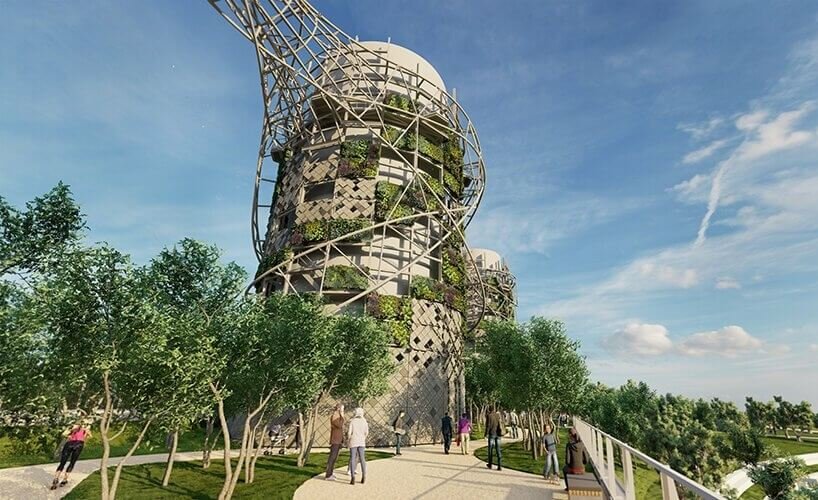 Chateau Artisan: A $19.7 Million French-Style Estate In The Middle Of A Freshwater Lake

With no tall structures around for miles, Chateau Artisan residents can enjoy magnificent views of the sky which comes alive at night.

The Jeep Container House provides insight into how engineering and architecture can minimize environmental impact via innovative approaches.

Plup! Designs A Dwelling With Two Detached Buildings In The Middle Of A Jungle