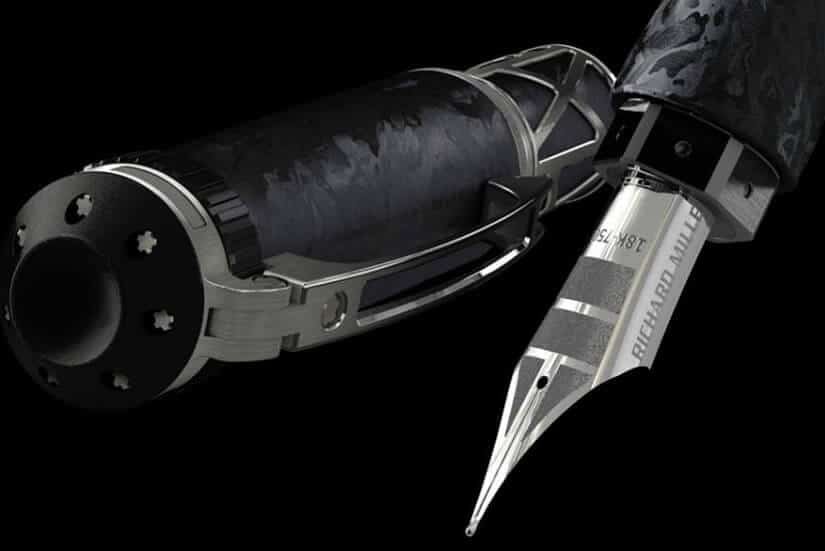 With resounding names like Romain Jerome and Yvan Arpa of ArtyA having already created their versions of mechanical fountain pens, it was a pleasant surprise to learn that Richard Mille decided to give his own rendition of the concept.

The Richard Mille brand is already synonymous innovation and over-the-top micro engineering, so for it to launch a mechanical device that is completely unexpected, is pretty much part of its legacy. The RMS05 Pen features a “vanishing nib” mechanism, which is not exactly new among writing instruments, the novelty in this particular model coming from its hiding mechanism. 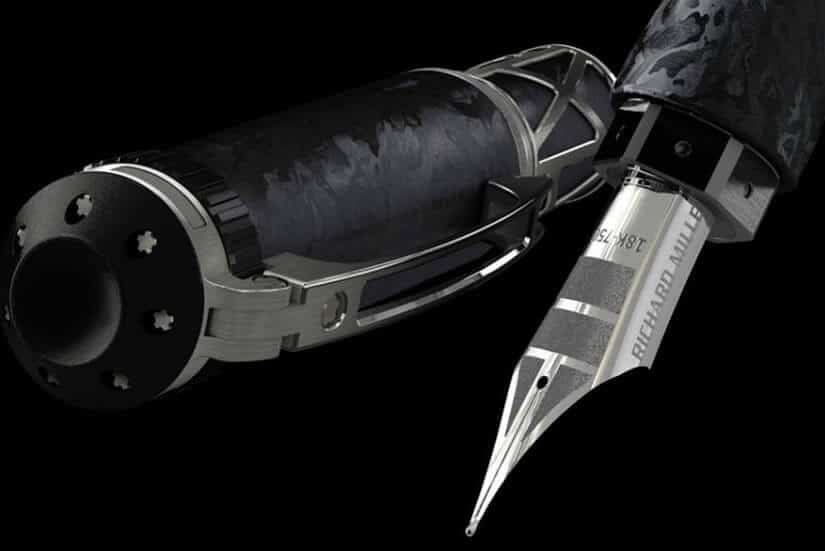 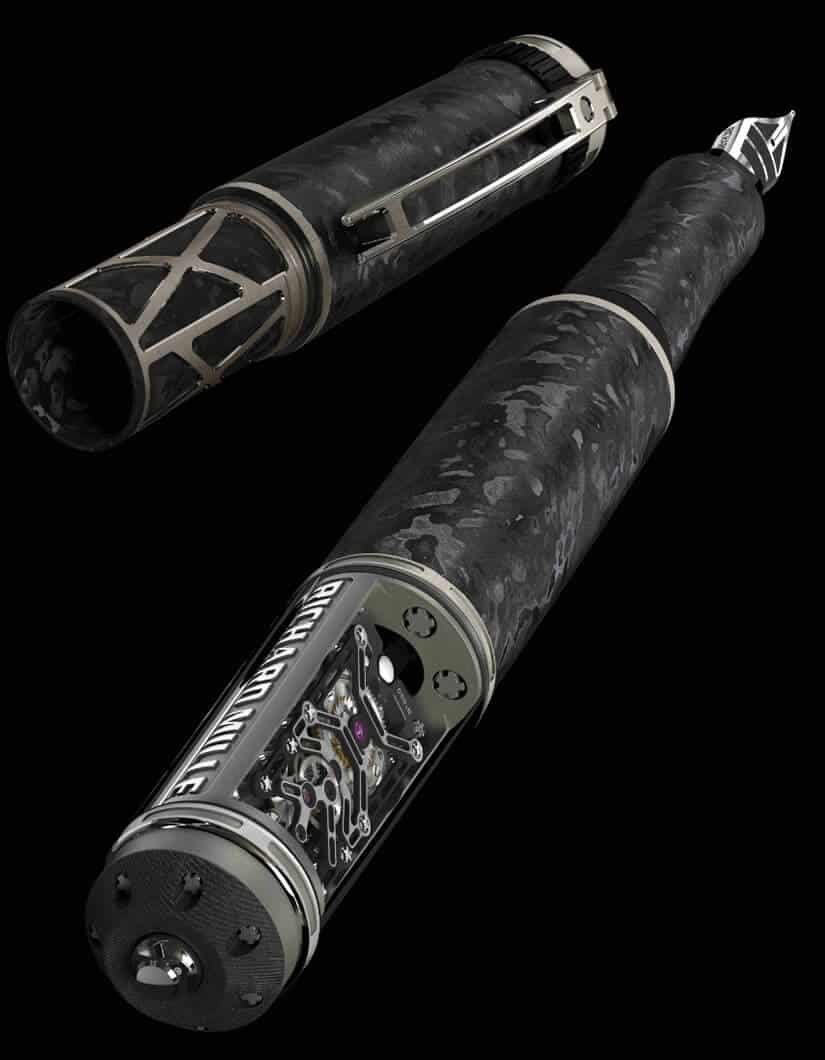 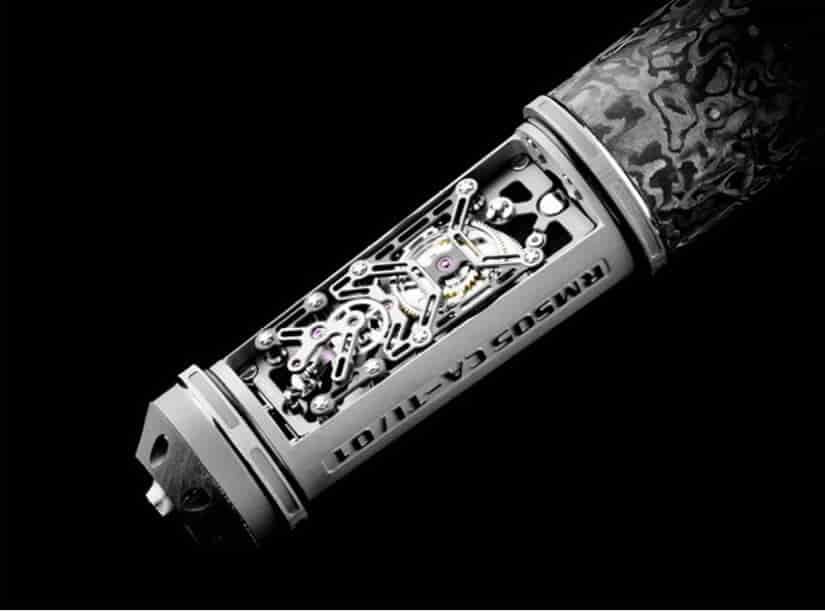 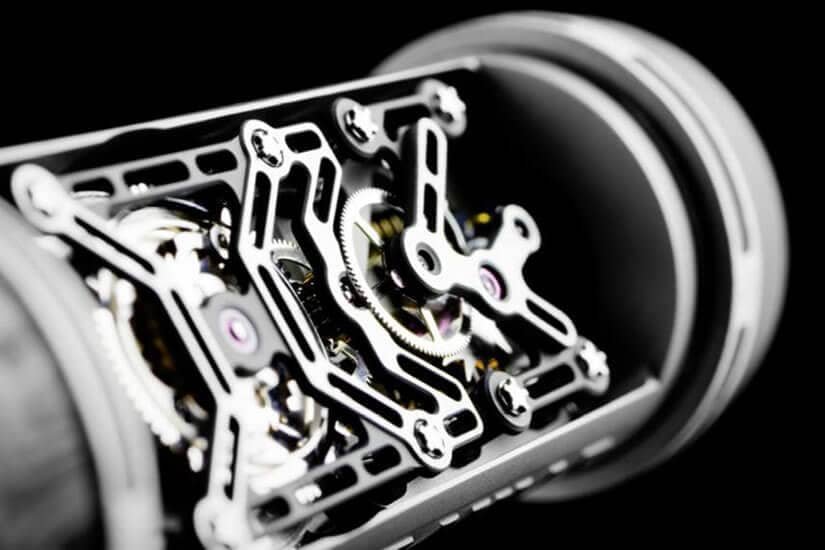 Regular vanishing nib pens do not need caps, as the whole idea behind the concept is to render the cap redundant. The mechanism on this pen, however, relies on the cap for manual winding. More specifically, the nib is pushed back into the barrel when the cap is placed onto the pen, thus generating movement inside the complex mechanism and winding the coil.

The nib unit can be exposed again by pushing the button at the top of the instrument. Replacing the ink cartridge requires the removal of the entire nib unit, because Richard Mille has gone the unconventional way again with its design and decided not to place the cartridge at the top of the pen.

The reason for that is that barrel is filled with a remarkably intricate mechanism, allowing no extra room for the ink. The back end of the pen is also where part of this impressive mechanism is exposed. In order to ensure uncompromising lightness, balance and writing comfort, the numerous components were made of Grade 5 titanium – a material with which Richard Mille has worked numerous times before.

Ideal as a gift for both luxury watch enthusiasts and writing instrument collectors, the Richard Mille RMS05 Pen is priced at $105,000. 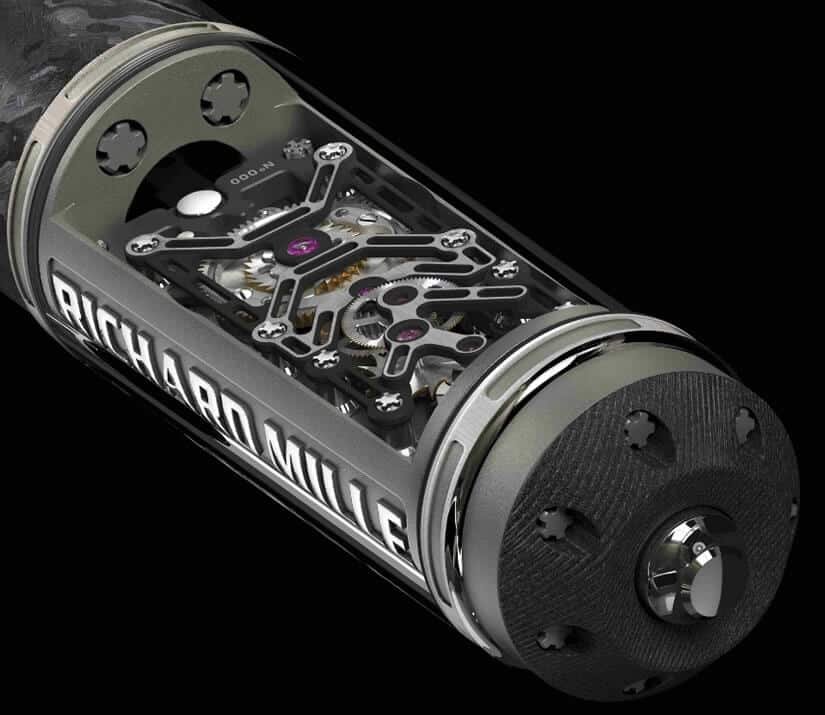 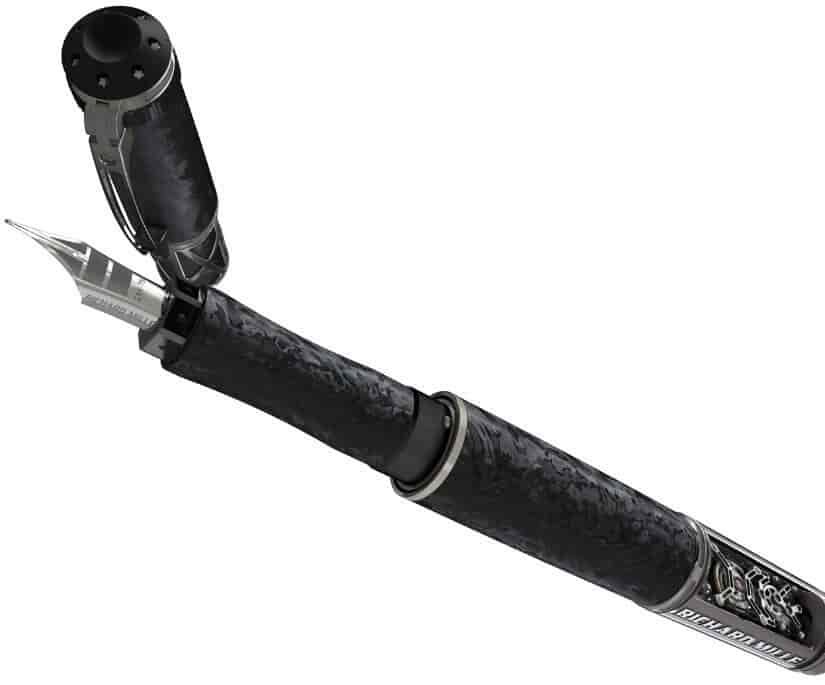 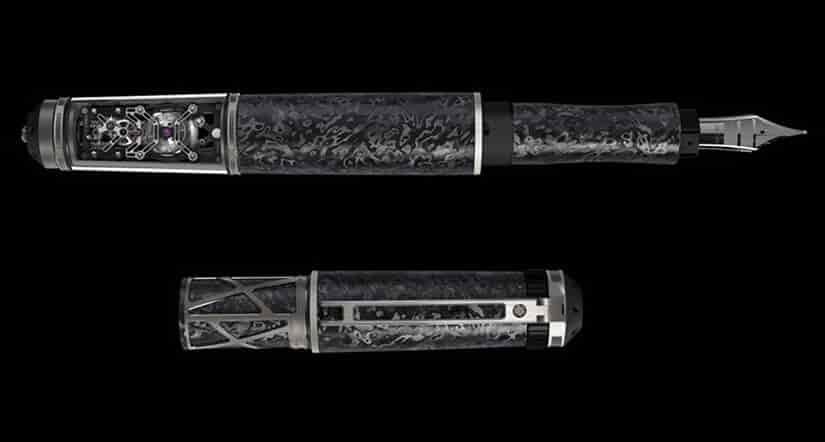 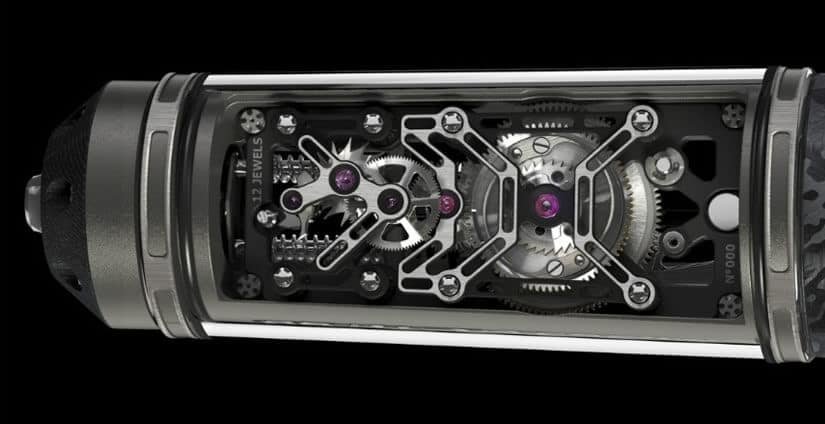