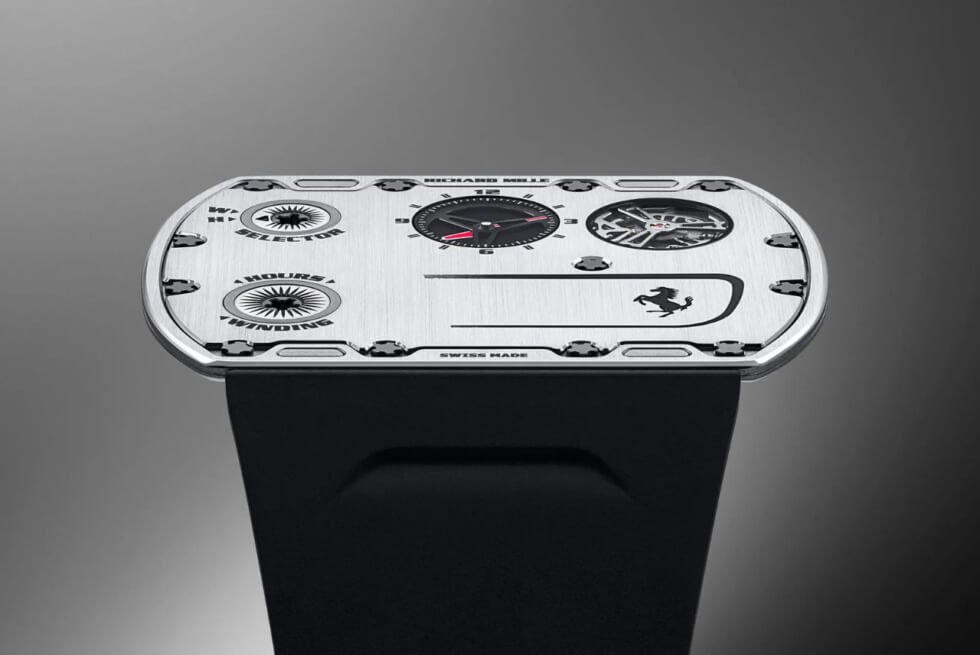 If you like your watches chunky, vibrant, and occasionally with avant-garde aesthetics, Richard Mille has them. As such, it’s a huge surprise to learn that they have just broken BVLGARI’s recent world record in watchmaking. Also, they’re not alone in this exceptional venture. This is the RM UP-01 Ferrari!

When the Octo Finissimo Ultra debuted earlier this year, it was hailed as the thinnest mechanical watch in the world. It was an outstanding showcase of craftsmanship since the case measures only 1.80 mm thick. This was definitely a groundbreaking feat at the time, but not for long.

Little did the industry know that Richard Mille and Ferrari already had something in the works to wrestle that crown away from BVLGARI. With its track record of releasing luxurious bulky wrist candy for the elite, the RM UP-01 Ferrari was never on anyone’s radar.

It takes incredible precision to build a mechanical timekeeping instrument with a 1.75 mm case. Even more impressive is how the Richard Mille fits the impossibly flat Calibre RMUP-1 inside its grade-5 titanium housing. In fact, it took them more than 6,000 hours of development and testing to come up with the RM UP-01 Ferrari.

This manual mechanical movement is a collaboration with Audemars Piguet Le Locle. Given the baseplate and everything on it is only 1.18 mm thick, you might think it’s fragile enough to break with a slight bump. Nonetheless, a series of tests shows the RM UP-01 Ferrari can withstand more than 5,000 Gs of acceleration.

Richard Mille even manages to sandwich the dial and balance aperture between sapphire crystals. Only 150 units of the RM UP-01 Ferrari will be available. Each will cost $1.88 million, which is a steep price to pay to own a timepiece this slim. The Creamy Patina Wilsdorf Collection is more than just for show as the watches on each cufflink are totally functional.