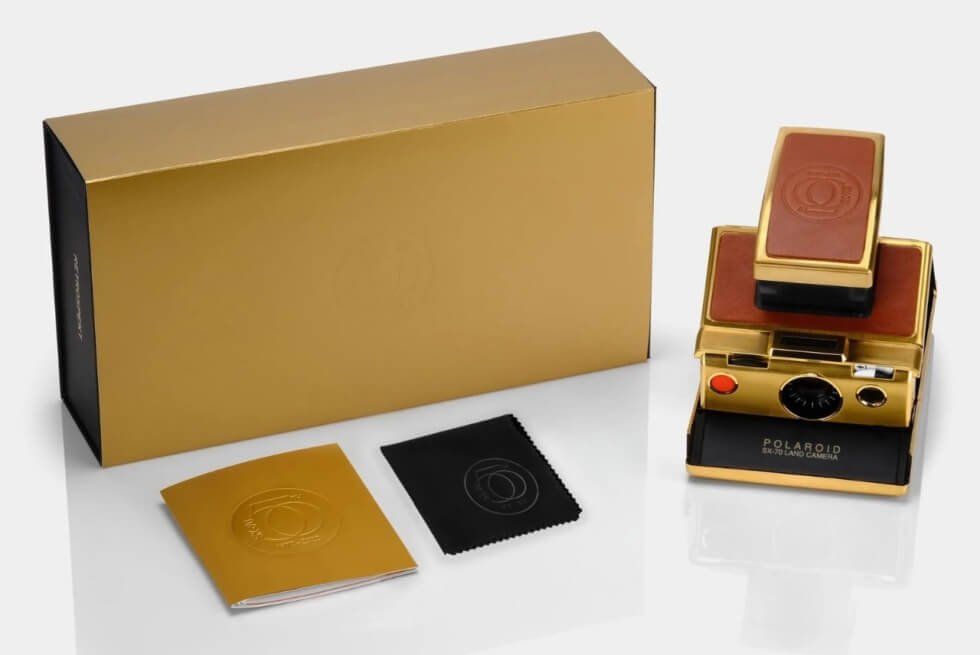 Even as traditional film photography gave way to digital technology, it still holds a special appeal to enthusiasts. The resale market for classic cameras is brimming with various models which are often commanding staggering prices. Hence, it won’t surprise you that the Polaroid 50th Anniversary Gold SX-70 Camera from RETROSPEKT sells for $999.

The shop specializes in the restoration of vintage electronics and other items. They cater to people like us that are prone to bouts of nostalgia for stuff we owned back in the day. Professional and amateur shutterbugs shouldn’t miss this exclusive offer. According to the product page, only 50 examples will be available.

Whether you plan to actually use it or just turn it into a showpiece for your collection, the Polaroid 50th Anniversary Gold SX-70 Camera is a stunning masterpiece. RETROSPEKT says each item is revamped with components from old-school SX-70 units and recalibrated as well. This means everything is in working condition should you choose to shoot with this bad boy.

According to RETROSPEKT, owners can expect full functionality which will last a lifetime with proper care and maintenance. In place of the original chrome, the 50th Anniversary Gold SX-70 Camera flaunts a 24k gold finish. There are also new leather coverings with embossed details such as serial numbers and more.

“Because these cameras use genuine, vintage parts that are up to 50 years old, there will be signs of wear visible beneath the gold plating. Gold plating is considered to be a “living finish” which means it is subject to the effects of weather, moisture, air and natural oils from the skin causing it to change in appearance,” writes RETROSPEKT about the 50th Anniversary Gold SX-70 Camera