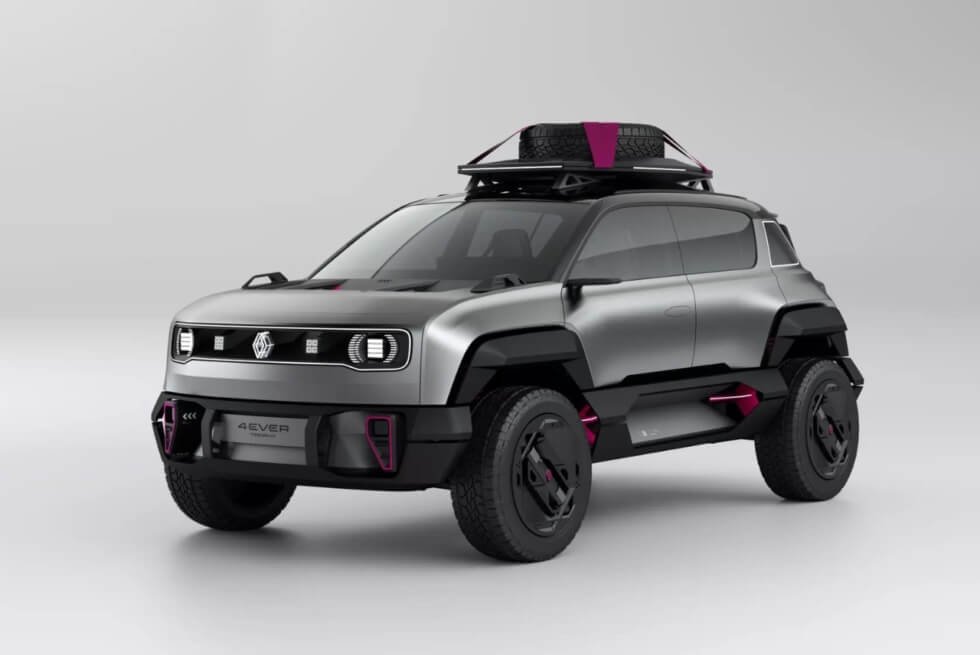 A few days ago, Alpine shared a teaser about its hydrogen-powered hypercar concept – the Alpenglow. It then officially made its public debut at the 2022 Paris Motor Show, which will continue up until this weekend. Now, it’s the marque’s parent company’s turn to show off something exciting. Here we have the Renault 4EVER Trophy.

There’s a notable surge in carmakers bringing back classic silhouettes albeit in emission-free form. The 4EVER Trophy is no different as it revamps the original iconic four-door economy car into a sleeker and beefier off-roader. This is a staggering change, but it’s a welcome one in our opinion.

It’s also taking the stage at the automotive expo for the next few days. The French manufacturer points out the familiar details such as the “prominent bonnet, bumper, and hallmark angled rear section” are intact. We like the mix of curves with geometric shapes of its body, fenders, and bumper.

Then there are the fuchsia accents on the bumpers, wheels, and roof rack, in addition to LED lighting. Powering the 4EVER Trophy’s electric motor is a 42 kWh battery unit producing 138 horsepower via the front wheels. The crossover SUV can accelerate from zero to 62 mph in a little under nine seconds.

Meanwhile, the range should be approximately 250 miles on a full charge. As far as aesthetics go, the rugged profile and powerful stance of the 4EVER Trophy look outstanding. The exterior sports a matte silver coat while the lower half is painted matte gunmetal.

Renault stores the spare tire on the carbon fiber roof, while a rack on the rear door holds a shovel and waffle boards. The 4EVER Trophy marks the 25th anniversary of the 4L Trophy humanitarian rally. 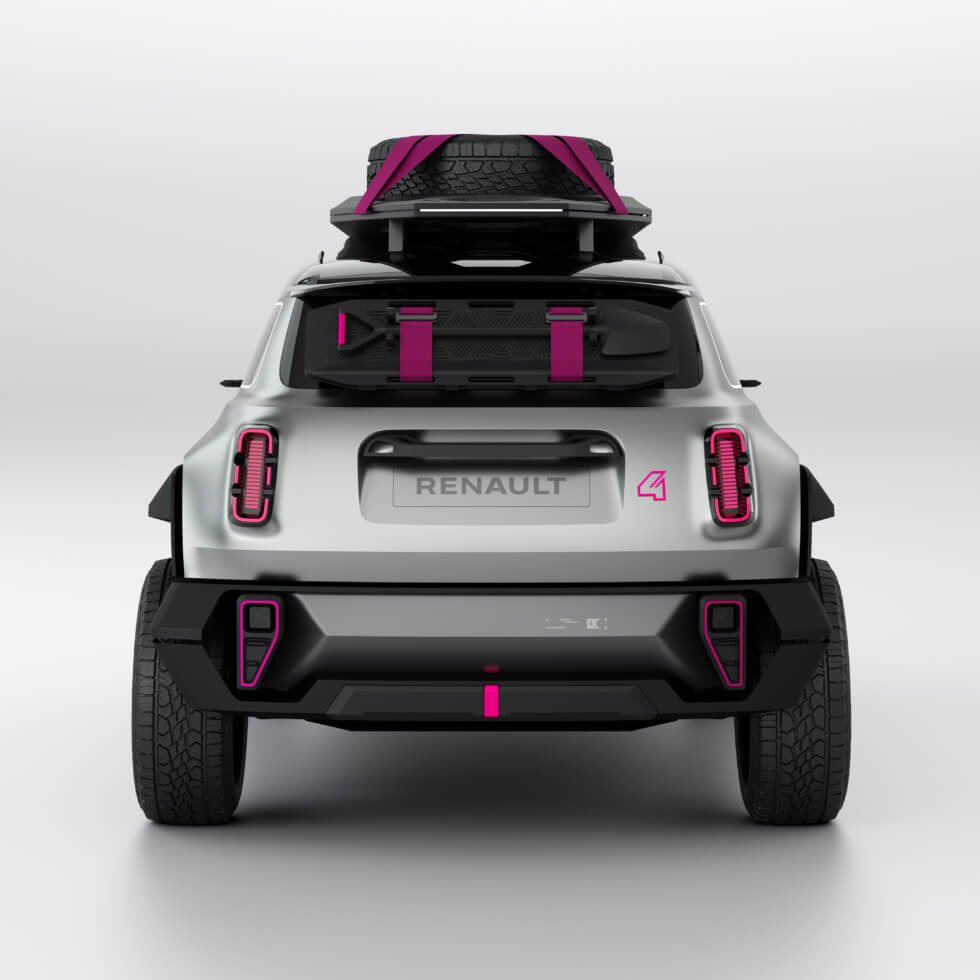 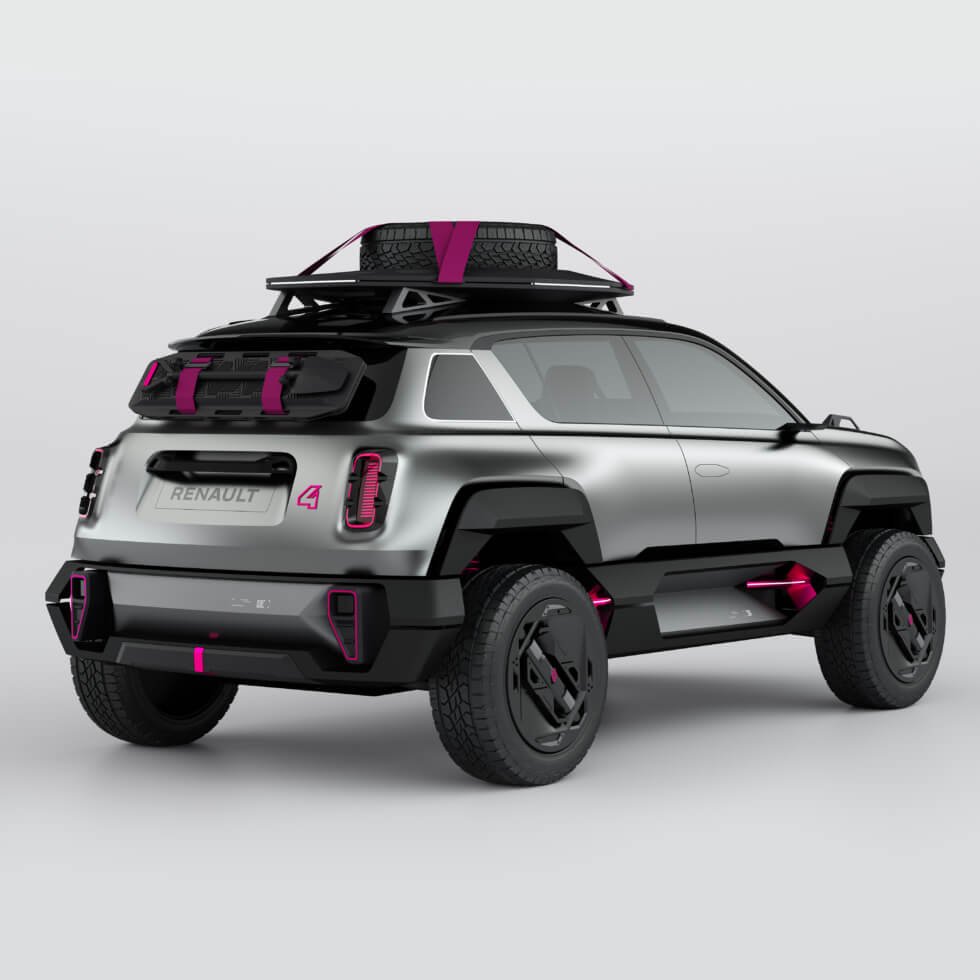