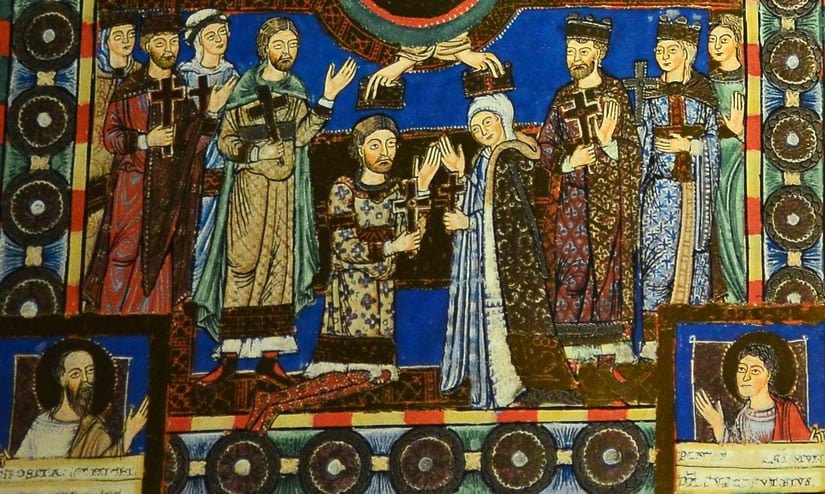 There are many expensive things whose prices can never be justified in the minds of the frugal, but there rarely is anyone who does not agree that knowledge and historic documents are virtually priceless. Books offer precious glimpses into the past, unraveling the mysteries of old knowledge, cultures, values and beliefs.

We’ve made a list of some of the world’s most expensive old books, sharing their stories, as well as the reasons why they all fetched record-breaking prices at auction. As you read through, you will find that most of them are significantly old, which is obviously one of the main reasons why they are so expensive.

One of them, however, may surprise you for being the most expensive comic book in the world. Dating back to only 1938, the strip has become an iconic symbol of pop culture and has quite a remarkable story to tell. Curious? Keep on reading.

Naturalist and painter John James Audubon was born in Haiti in 1785, when the Caribbean country was a French colony known as Saint-Dominique. At age 18 he fled to the United States using a false passport to avoid compulsory enrollment in the Napoleonic Wars, and that was where he developed a strong passion for nature and birds. 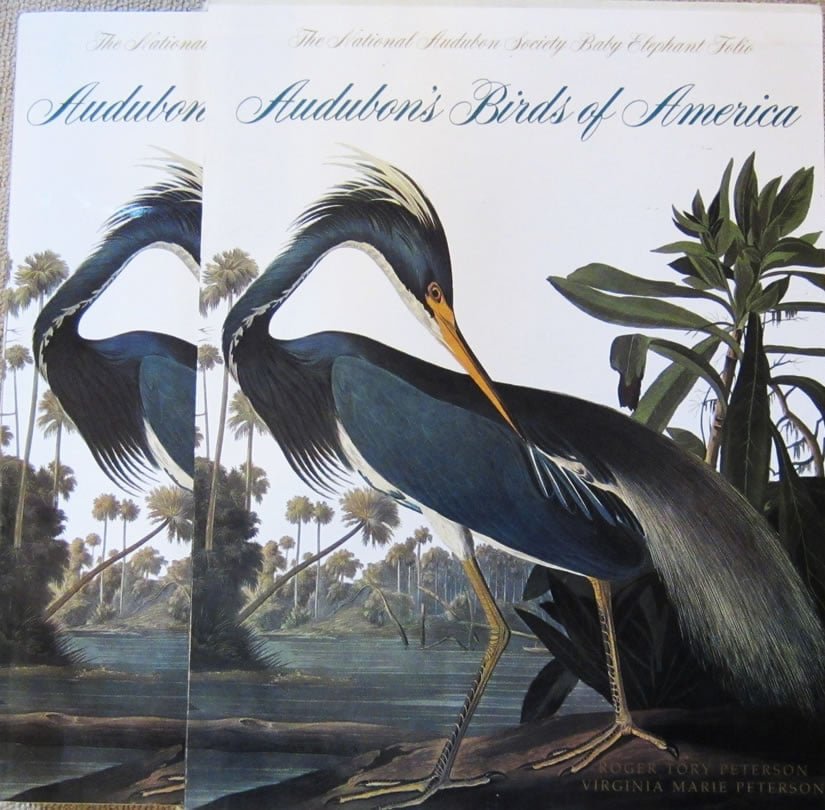 After watching and studying wildlife for a long time, Audubon eventually developed excellent taxidermy skills and set up an impressive personal museum of natural history. His bird exhibits were truly remarkable, being considered as scientifically advanced at the time. He decided to find and illustrate every bird species in North America, determined to paint them in a highly accurate manner as opposed to the rather cartoonish illustrations of the time.

He ended up identifying 25 new species and dedicating some 14 years of his life to this bold project. In order to publish his artwork, Audubon sought financial support in the form of subscribers, but failed to find them in America. He thus decided to travel to the United Kingdom and try his luck there. After a successful exhibition, he managed to attract enough interest and subscribers to start printing out his lifelike paintings.

His masterpiece collection of illustrations includes 1,000 drawings of 500 different species, six of which are now extinct. There are 120 copies of Birds of America known in the world, only 13 of which are currently in private hands. One complete copy of the first edition was sold at auction for a record price of $11.5 million in 2010. The historic work was deemed the world’s most expensive printed book and it still is one of the most expensive old books in the world. 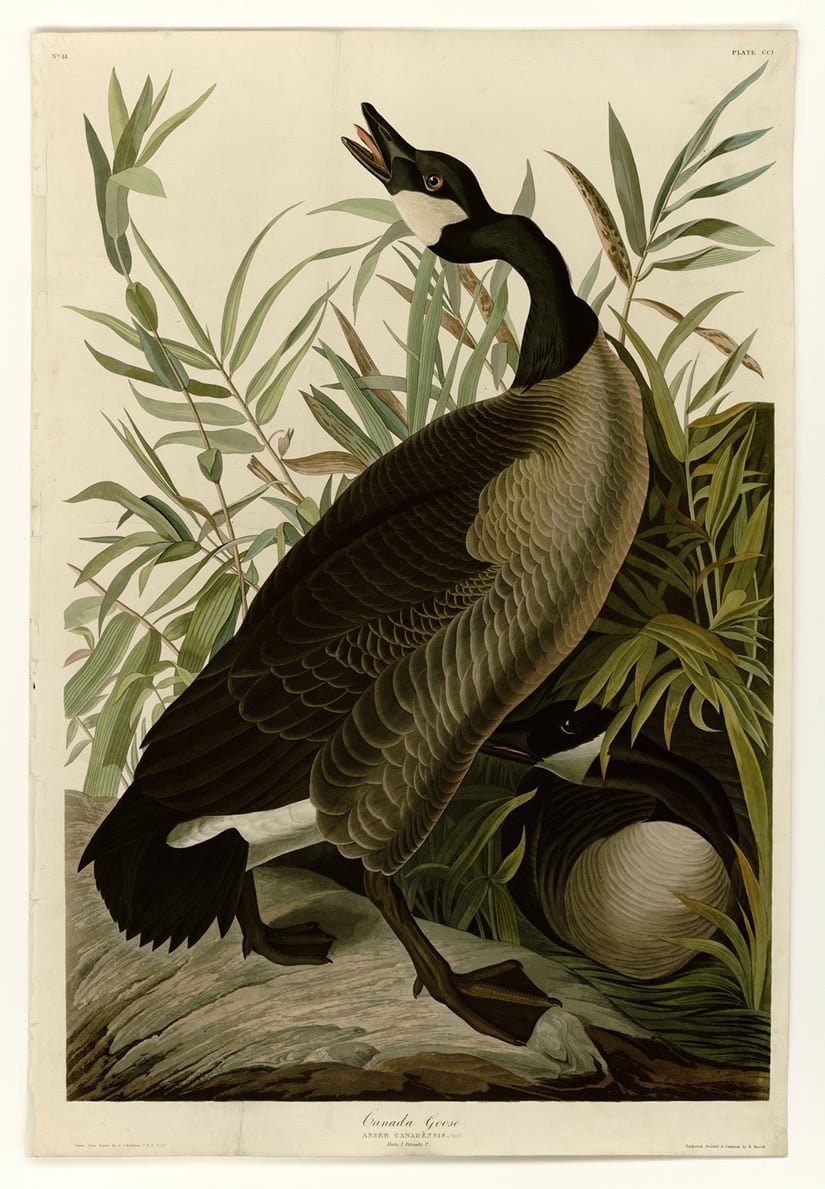 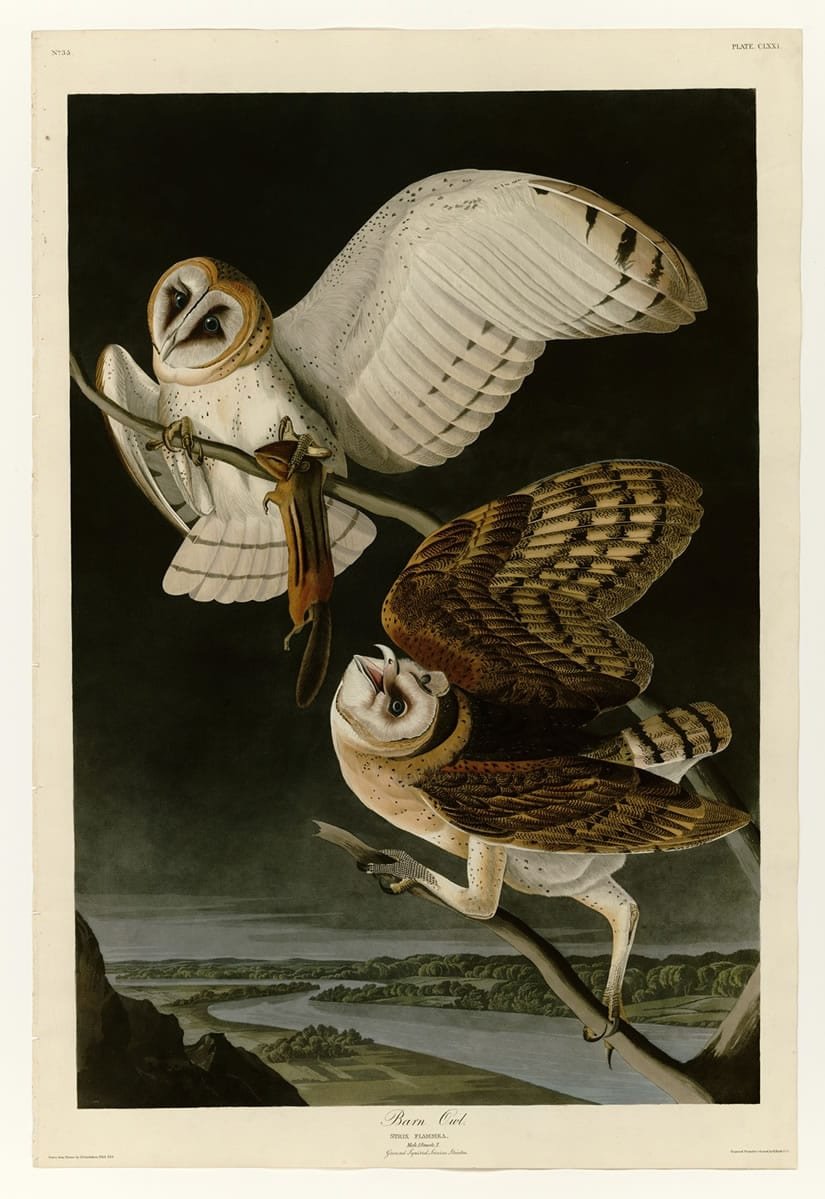 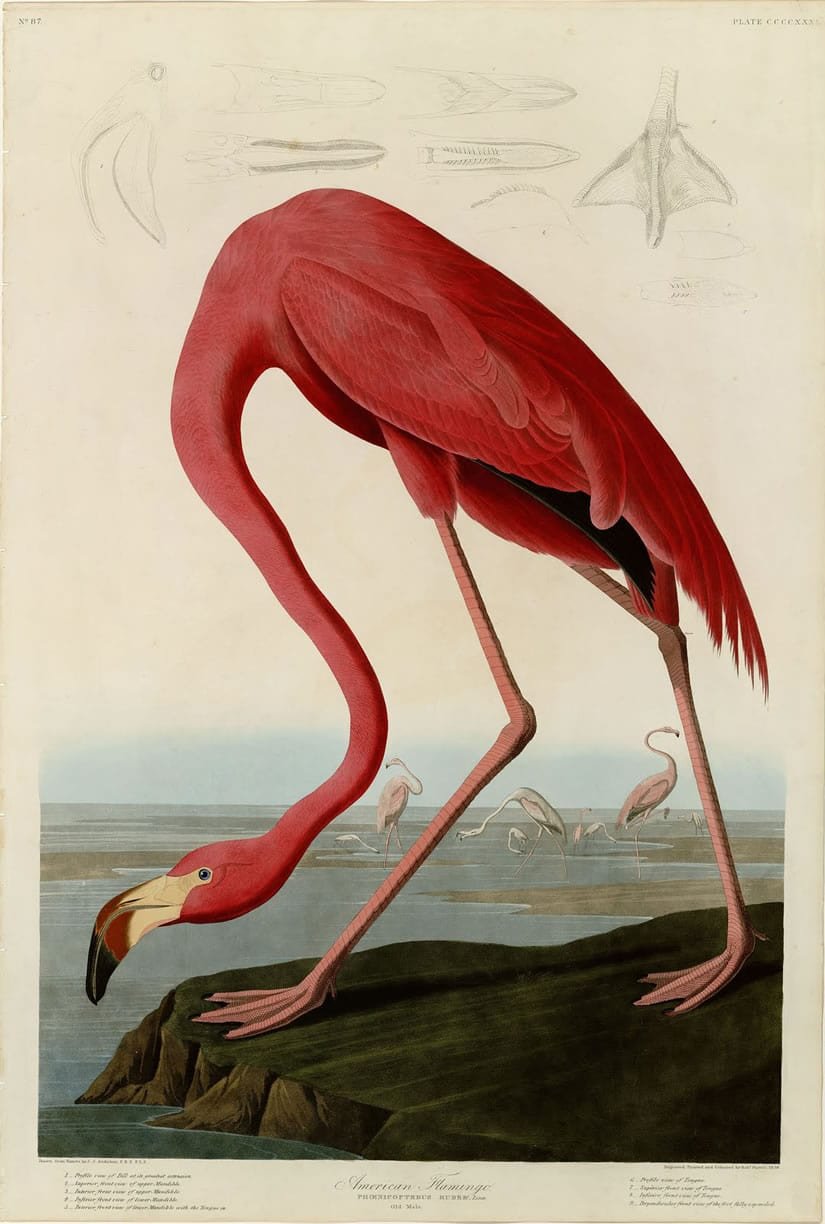 A true literary gem of the past, The Canterbury Tales is a historic collection of stories by Middle Age poet Geoffrey Chaucer, also known as the Father of English literature. The tales were written in the Middle English vernacular, which was an uncommon writing method in a time when French and Latin were the preferred languages for literature. 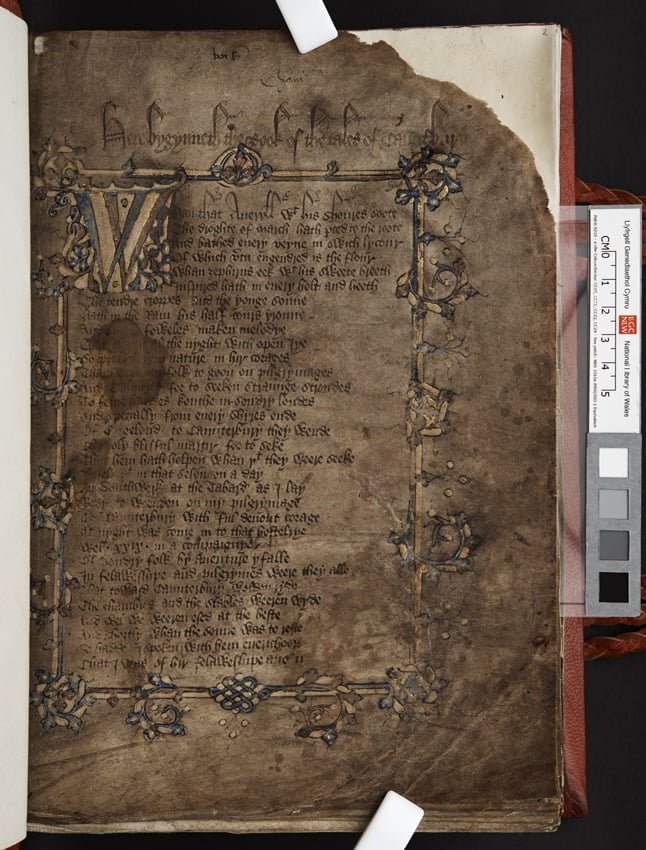 Many scholars actually consider the tales to have a significant role in popularizing English as a literary language. The 14th century stories are presented as if told by a group of pilgrims who started a story-telling contest on their way to the Canterbury Cathedral, where they went to see the shrine of Saint Thomas Becket.

The tales critically address a series of issues of the time, most of them inspired by the state of the English society and its Church. Written both in verse and in prose, the stories proved what English was able to offer poetically, gaining a lot of praise for Geoffrey Chaucer, even after his demise.

Naturally, when an example of this literary masterpiece hit the auction block in 1998, it quickly became one of the world’s most expensive rare books. A precious 1478 copy sold for $7.5 million. 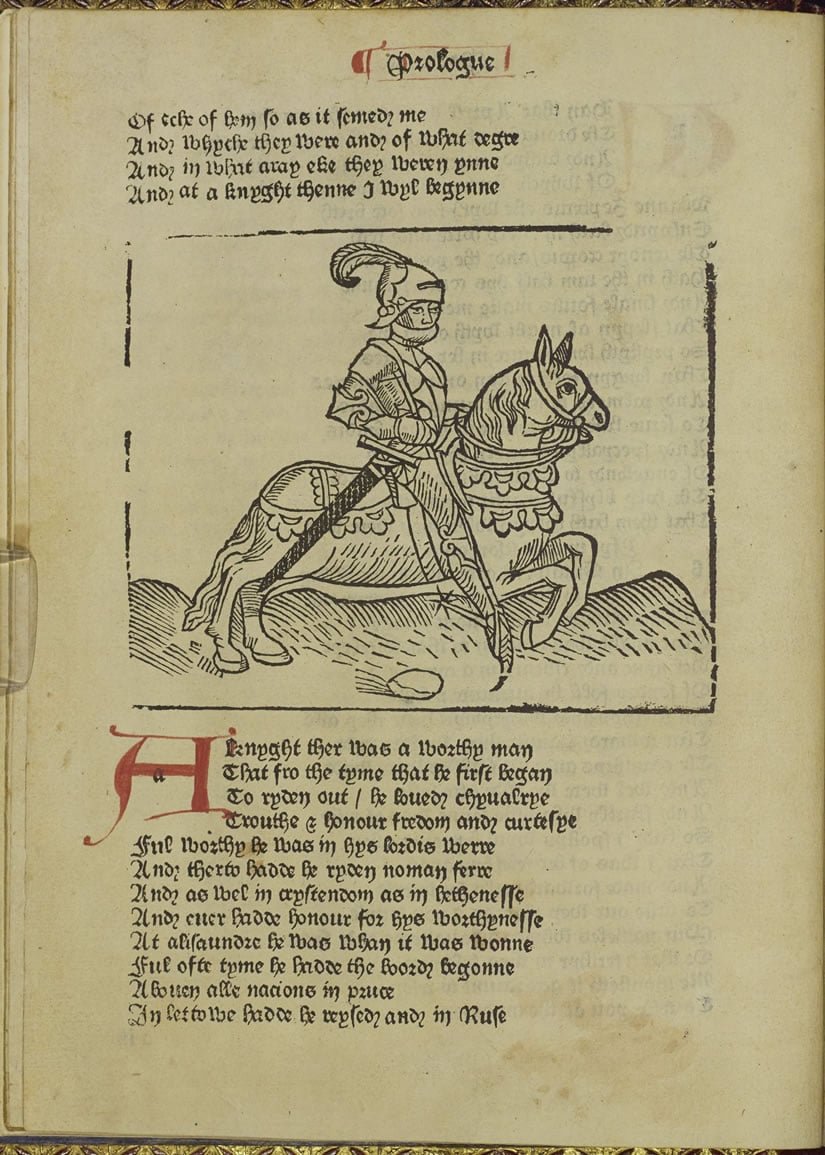 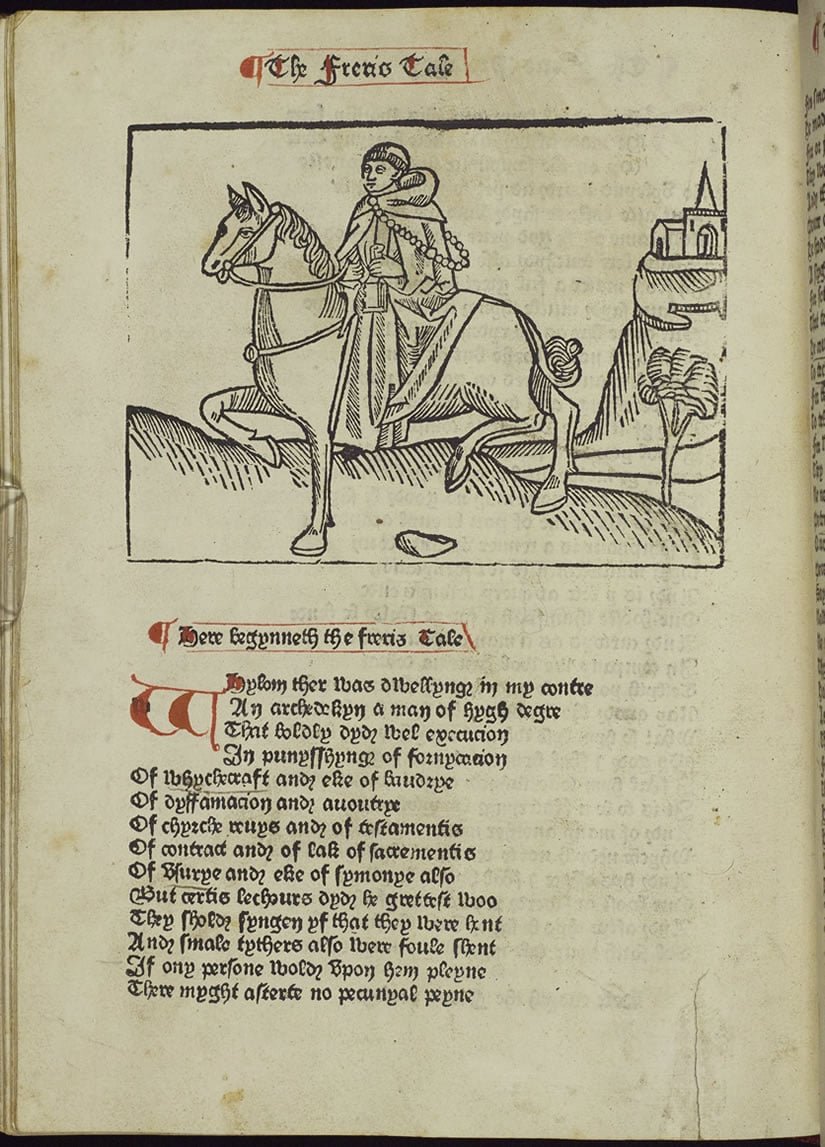 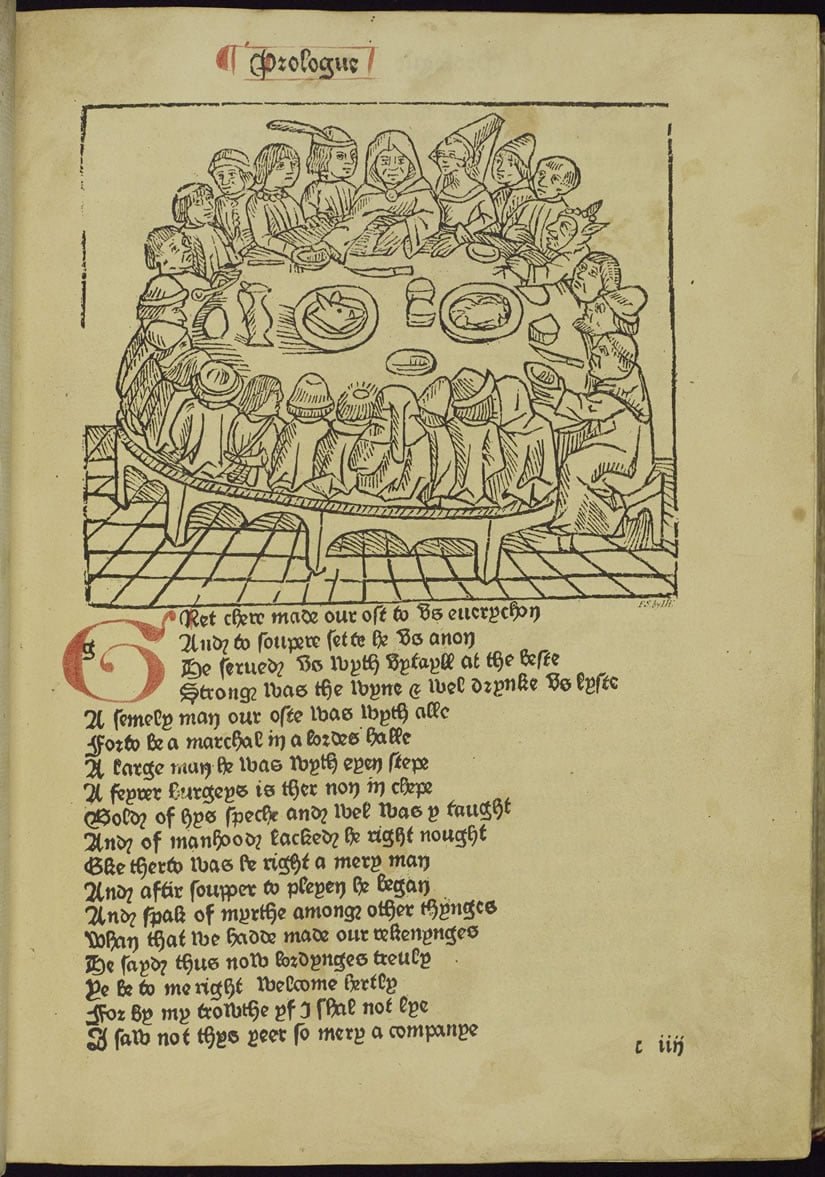 Ptolemy’s Geography (aka Geographia or Cosmographia) is rightfully one of the most expensive books in the world. Its historic value is immense, regardless of its inaccuracies, having had a great influential power on the geographic and cartographic knowledge and traditions of its era, as well as the following ones.

It was originally written around the year 150 AD, based on an atlas by Marinus of Tyre, which unfortunately no longer exists today. Its comprehensive treatise, gazetteer and atlas made it valuable enough to be translated both in Arabic (9th century) and in Latin (15th century). It represented a remarkable compilation of what the 2nd century Romans knew about the Earth’s geography at the time. 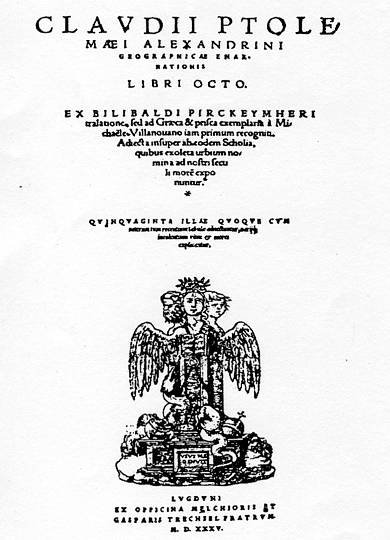 In this work, Ptolemy indicated that the Earth was round and proposed a coordinate system based on that reality. He then showed three methods in which the planet’s spherical shape could be projected on a flat surface for two dimensional maps.

Even though his measurements were wrong, the cartography principles that he proposed became a solid model for future generations. A copy of this priceless historic document sold for over £2 million ($3.5 million) at a Sotheby’s auction in 2006. 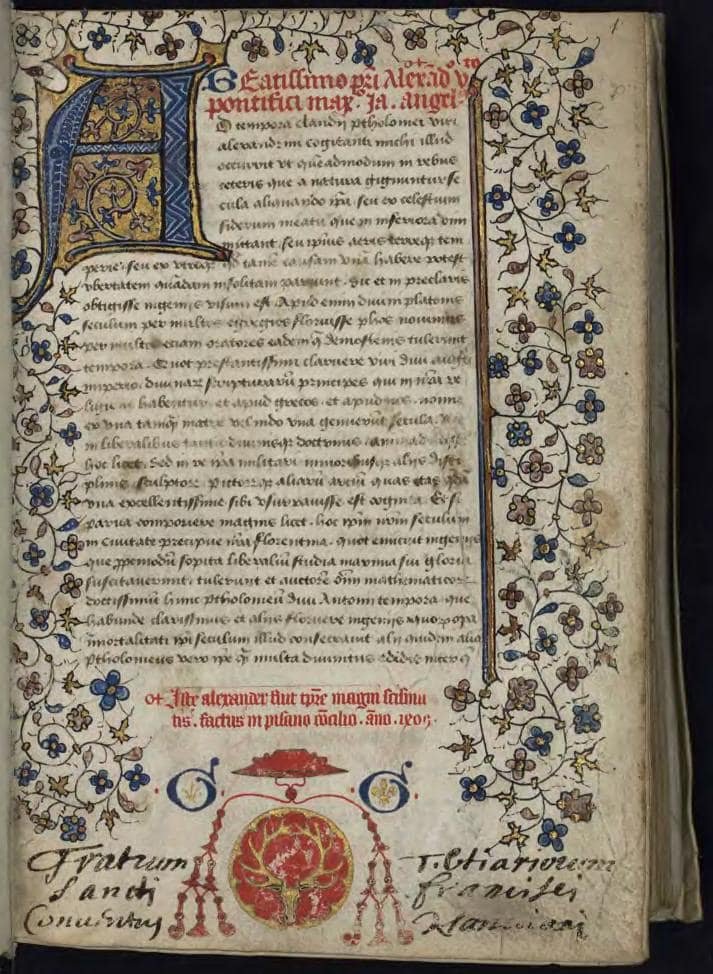 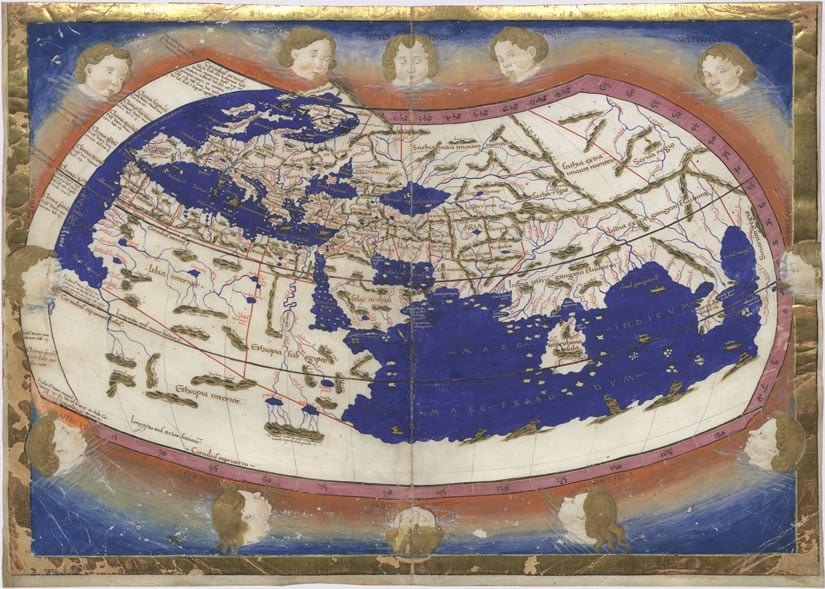 Leonardo da Vinci wrote about thirty scientific journals in his lifetime, but the Codex Leicester is arguably the best known of all. It represents a collection of scientific studies and writings by the iconic Renaissance mastermind. As a thinker, scientist, and artist, da Vinci managed to beautifully merge the creative process with scientific one, using one to enhance the other.

The 72 pages of the historic document contain observations and early theories on matters such as celestial light, rocks, fossils, the movement of water, and astronomy. Back in the early 1500s when Leonardo wrote the Codex, his scientific theories were for the most part revolutionary and highly advanced. For instance, the Italian genius had explained the planetshine phenomenon a century before astronomer Johannes Kepler proved it. Planetshine refers to the reflected sunlight that hits the night side of its moon. The phenomenon is easily visible from Earth every new moon.

Da Vinci also made rigorous observations of water movement as it met obstacles in its flow. Based on those findings, he made valuable suggestions on how to build bridges, taking erosion into consideration. This topic actually makes up the bulk of the Codex.

Another remarkable observation that he made refers to fossils. Centuries before the movement of tectonic plates was understood and proved, he suggested that mountains were once sea beds that were gradually pushed upwards until they finally reached their majestic form. He explained that this was the reason why sea creatures’ fossils could be found in mountains.

The remarkable document – handwritten in Italian by da Vinci and supported by various diagrams and drawings – was published in 1510. In 1719 Thomas Coke, who later became Earl of Leicester, bought the Codex lending it his name. Centuries later, it became the property of one of the world’s richest men, computer genius Bill Gates. He purchased the manuscript in 1994, paying a record price of $30.8 million for it, and thus making the Codex the most expensive book ever sold. 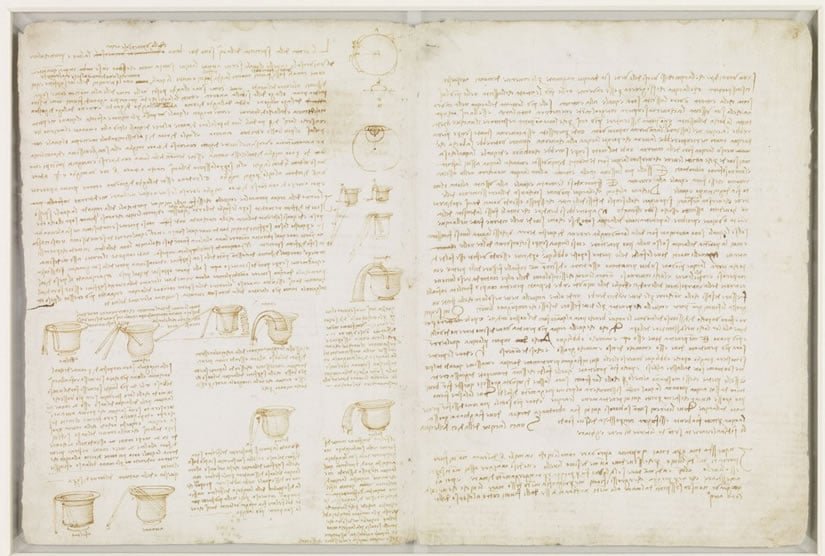 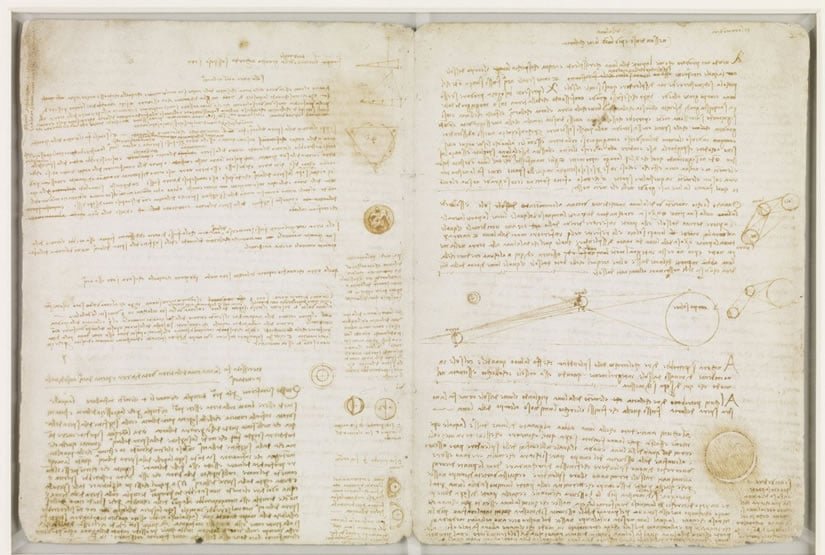 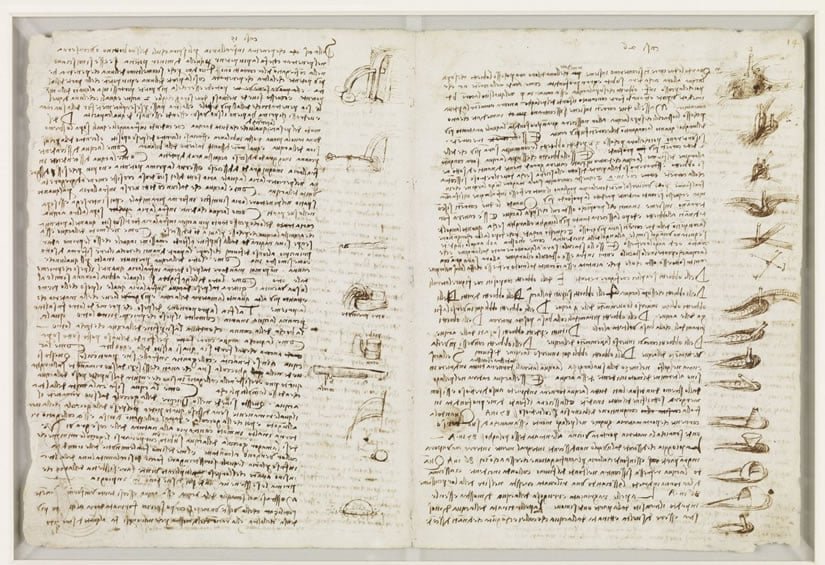 The Gospels of Henry de Lion

Commissioned by Henry de Lion, Duke of Saxony in the late 12th century, The Gospels of Henry de Lion is a priceless example of Romanesque book illumination (text decoration with ornamental designs and miniature illustrations). It was made at the Benedictine Helmarshausen Abbey sometime between 1175 and 1188.

The texts of the four gospels are accompanied by intricate illustrations on a total of 266 pages. There are 50 full-page illustrations throughout the manuscript, and they have all been perfectly preserved throughout the ages. Still in excellent condition, the book is only displayed once every two years for security reasons.

In 1983 it was sold for the record price of £8.14 million ($11.7 million), becoming the world’s most expensive manuscript or work of art at the time. The book kept the title until 1994, when Bill Gates paid $30.8 million for da Vinci’s Codex Leicester. 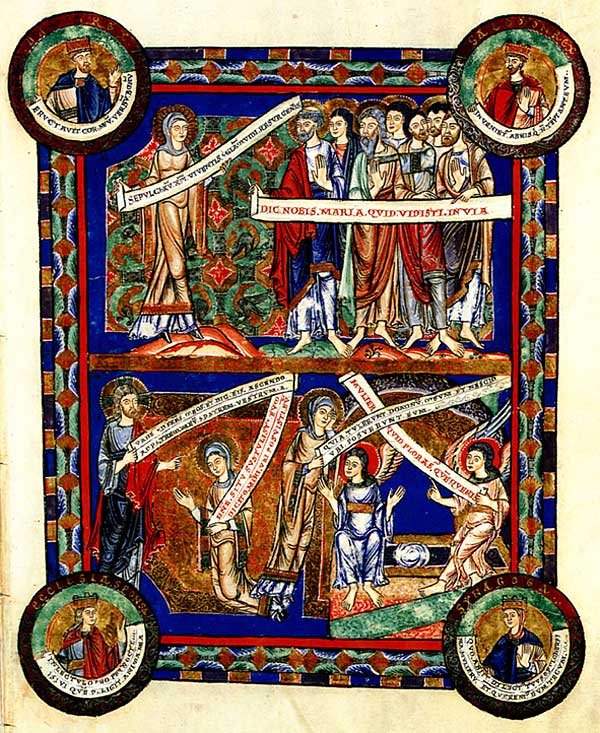 Published in 1938, Action Comics #1 was the first issue of a new comic book series that ended up setting a new trend in the industry, that of superheroes. It is most notable for featuring the first ever appearance of Superman, the iconic character created by Jerry Siegel and Joe Shuster.

Ironically, when the two first tried to get their work bought by newspaper syndicates, they were heartlessly rejected. Later on, in a moment of crisis, when National Publications was desperately looking for new material for their fourth comic book, one of the editors dug up the Superman strips and decided to use them and even feature the hero on the cover. 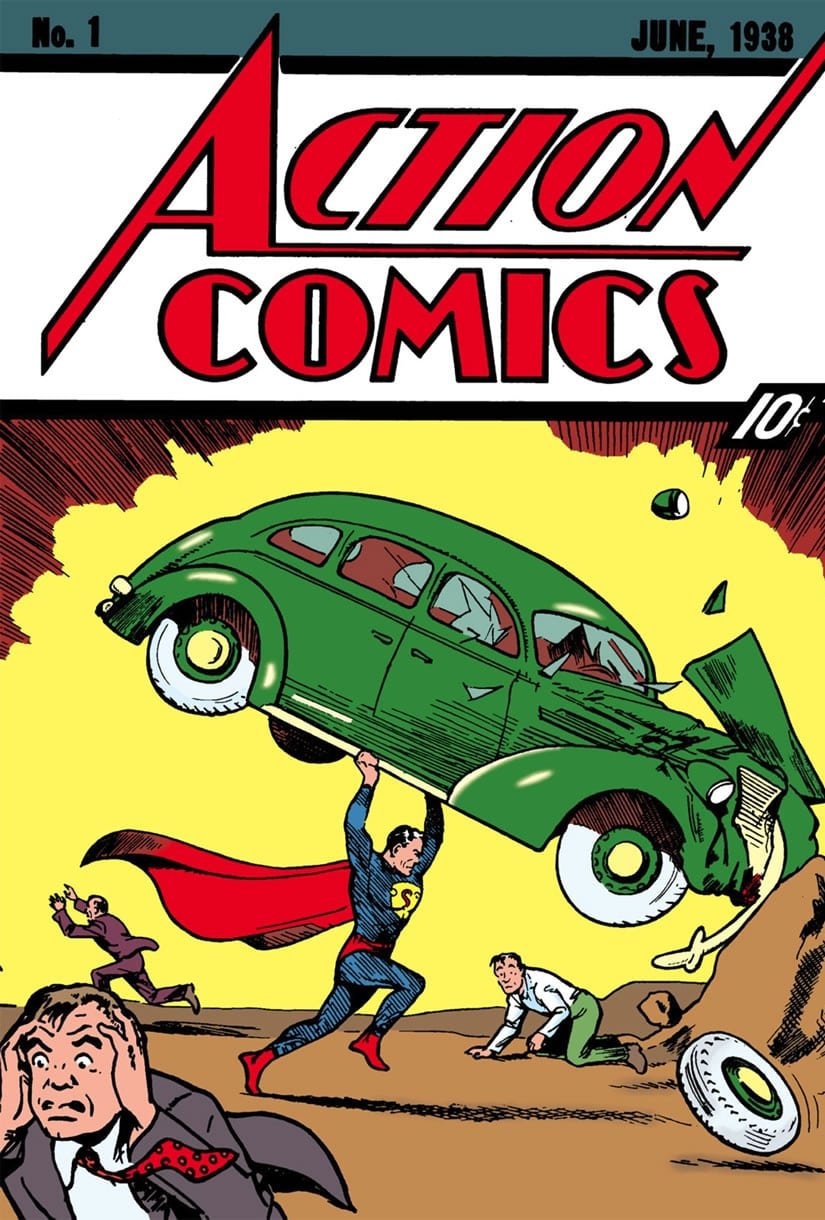 Siegel and Shuster received $130 for the 13-page story at the time, but no one expected the comic book to have the huge success that it had, and it was all mainly due to the fantastic “Superman, champion of the oppressed”. After the character became a hero, the original comics became insanely pricey, even winning the title of most expensive comic books in the world.

This first happened in 2010, when a copy of Action Comics #1 sold for a whopping $1 million. Another copy was stolen from actor Nicholas Cage in 2000, for which he received a substantial insurance payment. It was later recovered and believed to have sold for $2.16 million. The highest price for an original copy of the 1938 strips was paid in 2014, when Metropilis Collectibles owners Vincent Zurzolo and Stephen Fishler paid over $3.2 million for it.

The Berluti x Bang & Olufsen collection sees the addition of Venezia leather with its distinct patina to the existing lineup of high-end audio products.

With the Les Voiles de Saint Barth regatta coming back in 2022, Richard Mille is commemorating it with its new RM 032 chronograph.

Wealthy Chinese clients will soon be enjoying the prestige of owning and riding around in the market exclusive 2022 Audi A8 L Horch.