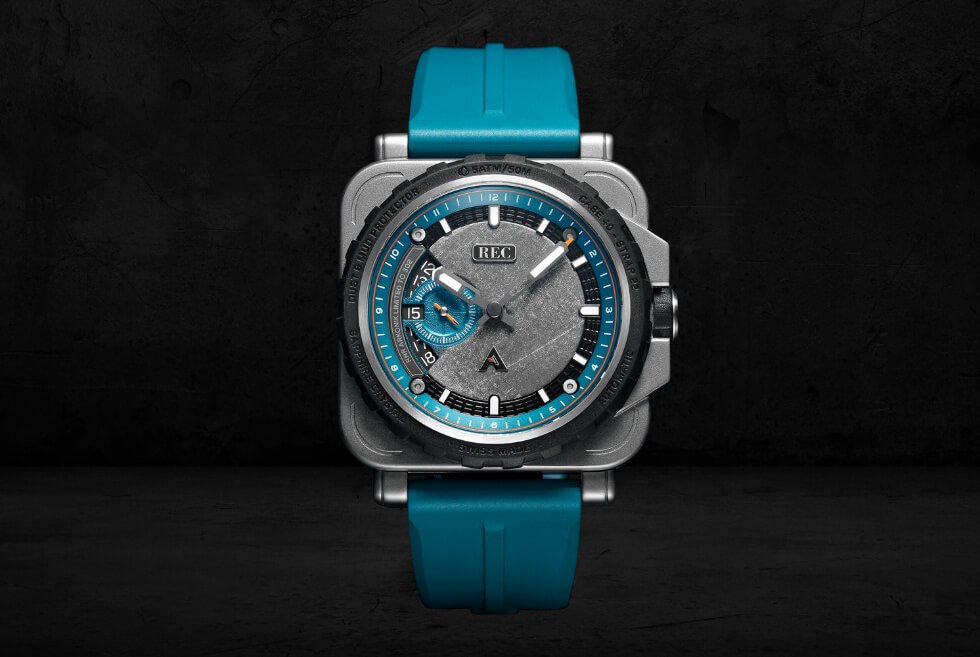 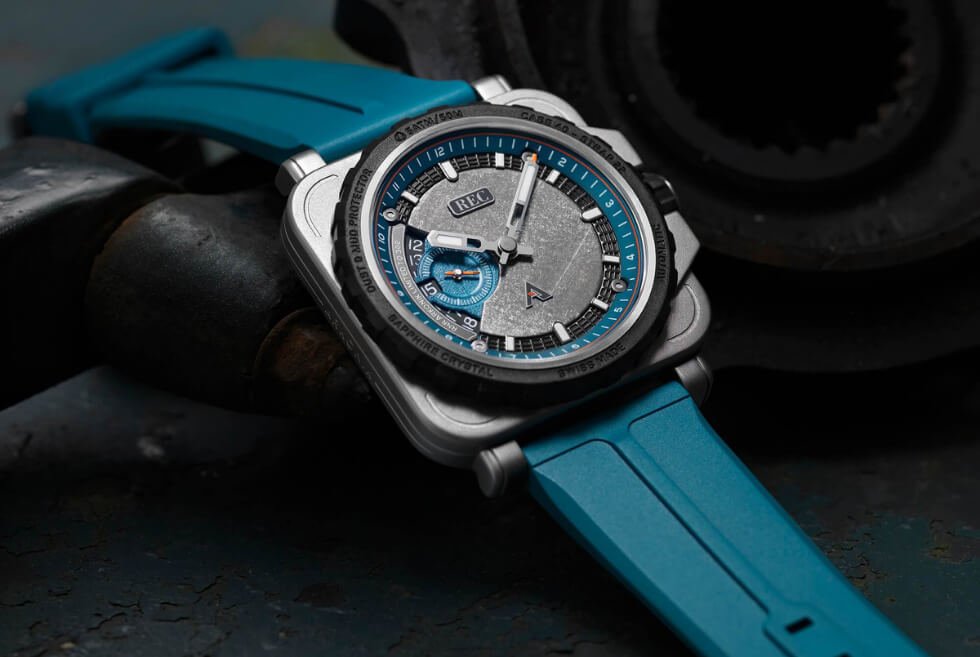 Land Rover is an iconic British marque that supplies the automotive industry with rugged and expedition-ready vehicles. Among its lineup of tough rides, the Defender has amassed a cult following for years now. The model’s immense popularity makes it a perfect platform for aftermarket customizations. As such, REC Watches pays tribute to a mechanical masterpiece with an exclusive timepiece – the RNR Arkonik.

Given the difficulty of finding a classic that’s in pristine condition, most people turn to restomods. For its latest project, the Copenhagen, Denmark-based watchmaker draws more than just inspiration from a 1984 Arkonik Land Rover Defender 110 UJO. Before we dive in let’s give you a brief overview of the SUV that led to this awesome collaboration.

How The UJO Came To Be 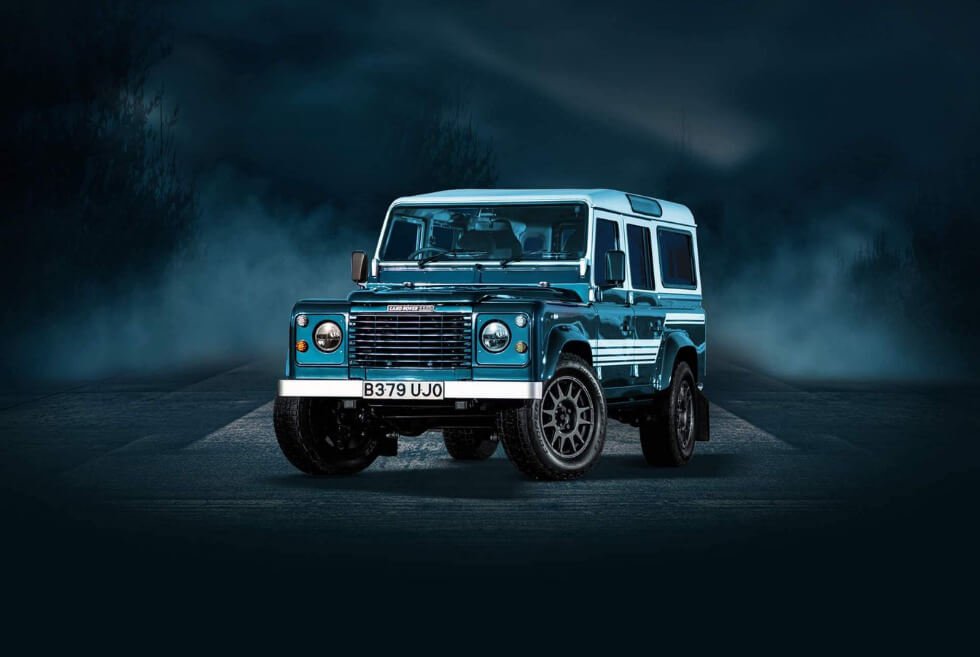 As REC Watches tells it, the story began when Arkonik founder Andy Hayes arrived home from the hospital in 2006. Coming from a two-month recovery period after a motorcycle accident, his wife surprised him with a “Stratos Blue” 1984 Land Rover Defender 110. It was supposedly something he could work on as a hobby.

The “UJO” moniker apparently came from the last three randomized letters of the Defender 110’s plate number – “B379 UJO.” After a comprehensive restoration, Hayes took the SUV on a tour across Europe. By the end of his travels, the experience sparked the creation of the Arkonik brand. Now, you can own a piece of the legendary machine that started it all with the RNR Arkonik.

A Sophisticated Homage To A Stunning Ride 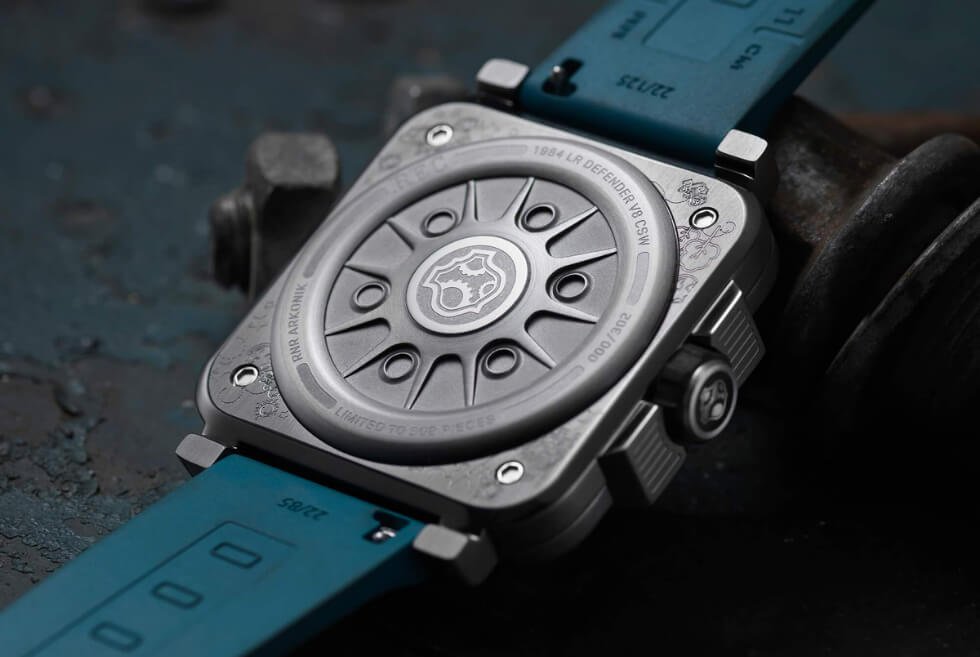 Much like their previous outings, REC Watches allows us to own an actual part of the vehicle they choose to feature. For the RNR Arkonik, they are sourcing it directly from the abovementioned 1984 Land Rover Defender 110 UJO. The result is nothing short of amazing as the design and accents are carefully curated to best represent the essence of this British-built beauty.

Let’s start with the 40-mm square case with rounded corners crafted out of 316L stainless steel. We love how they went with three different finishes: sandblasted, polished, and vertical brushed. It different textures of the surfaces endow the RNR Arkonik with a nice contrast when the light hits it from different angles.

What follows is the durable Viton (FKM) rubber bezel in the shape of a tire. You can also find it on the crown. Beneath the sapphire crystal, is the soul of this limited-edition production, which is an aluminum dial cut from the 1984 Arkonik Land Rover Defender 110 UJO’s door. After the metal panel was stripped of its paint and primer, 302 dials were punched out to become bespoke elements on the RNR Arkonik.

No further treatment was necessary as REC Watches wanted to keep scuffs and dents that the SUV accumulated over the years. The hour and minutes are indicated by two skeleton hands. Meanwhile, a small seconds sub-dial sits at 9 o’clock as It shares the spot with the date window. The REC branding is just below 12 o’clock with the Arkonik badge at above 6 o’clock. You then have the minute track on the flange with an orange outer ring.

Next up are the design references to the 1984 Arkonik Land Rover Defender 110 UJO. Look closer to spot the hour markers at 12, 3, and 6 o’clock in the shape of a fuel cap. A view from the right flank of the case band reveals crown protectors that resemble the front grille. Make your way to the caseback to spot engravings laser-etched engravings of the chassis décor. Finally, the rear cover channels the alloy wheels.

At the heart of the RNR Arkonik is a Swiss-made Sellita SW290-1 self-winding caliber. This 31-jewel mechanical movement beats at the frequency rate of 28,800 VPH (4.0 Hz) and touts a 38-hour power reserve. To finish off the theme, the watch receives a blue Viton (FKM) rubber strap. REC Watches plans to produce only 302 examples, so order yours before all units are spoken for. 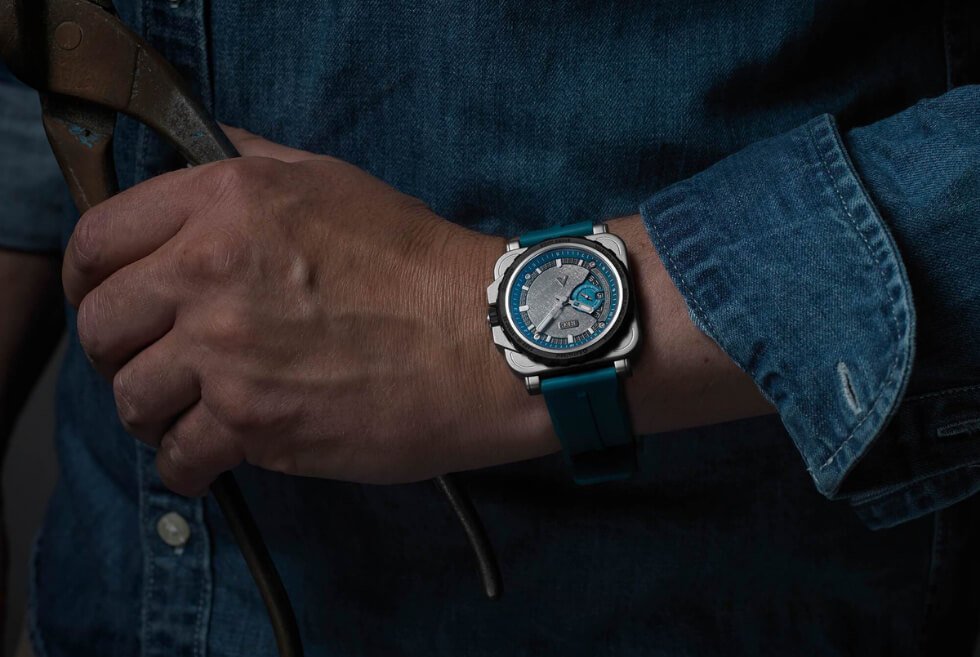 Founded in 2014 by Jonathan Kamstrup & Christian Mygh, the brand lives by the concept of “RECOVER, RECYCLE, RECLAIM.” Thus, they’ve shortened it into “REC” and appended it “Watches” to showcase their passion for both. Since they source materials directly from the vehicle or aircraft featured, each release is a treat for collectors. Furthermore, this means no two timepieces are ever the same. Aside from the RNR Arkonik, you can check out other cool offers from REC Watches. 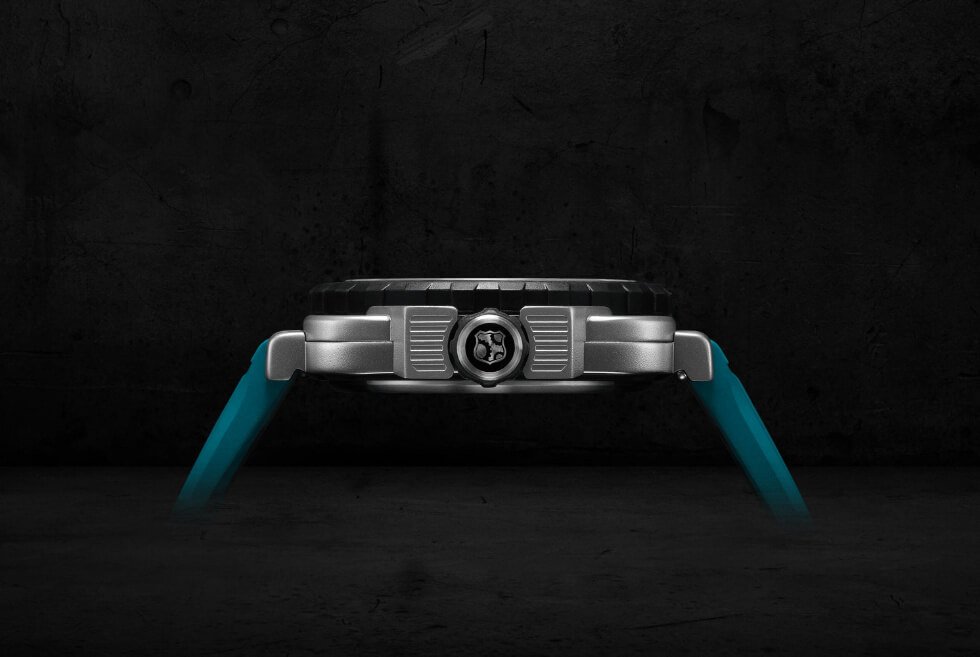 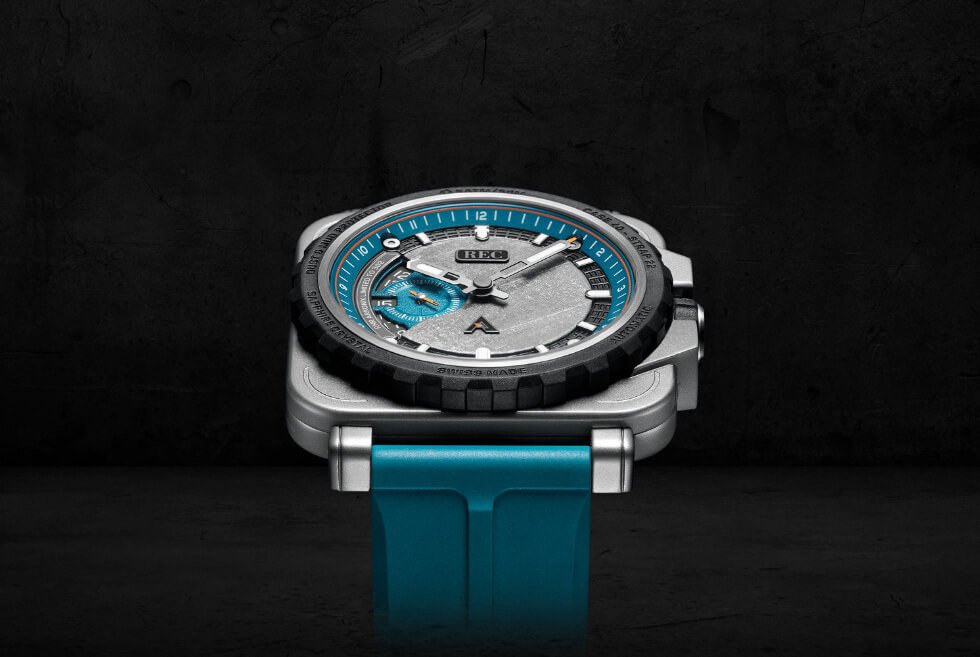 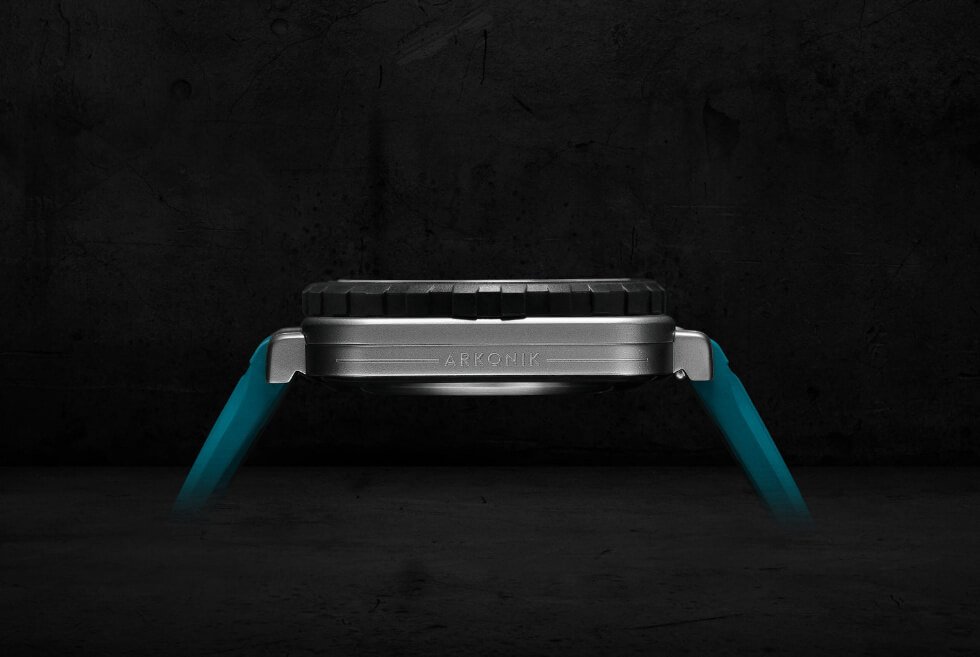 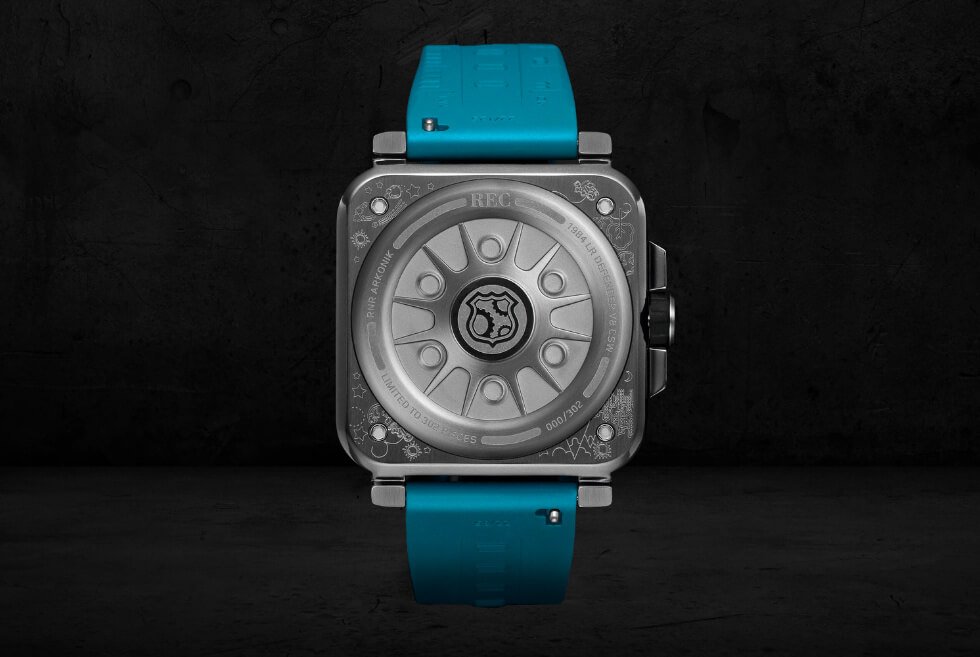