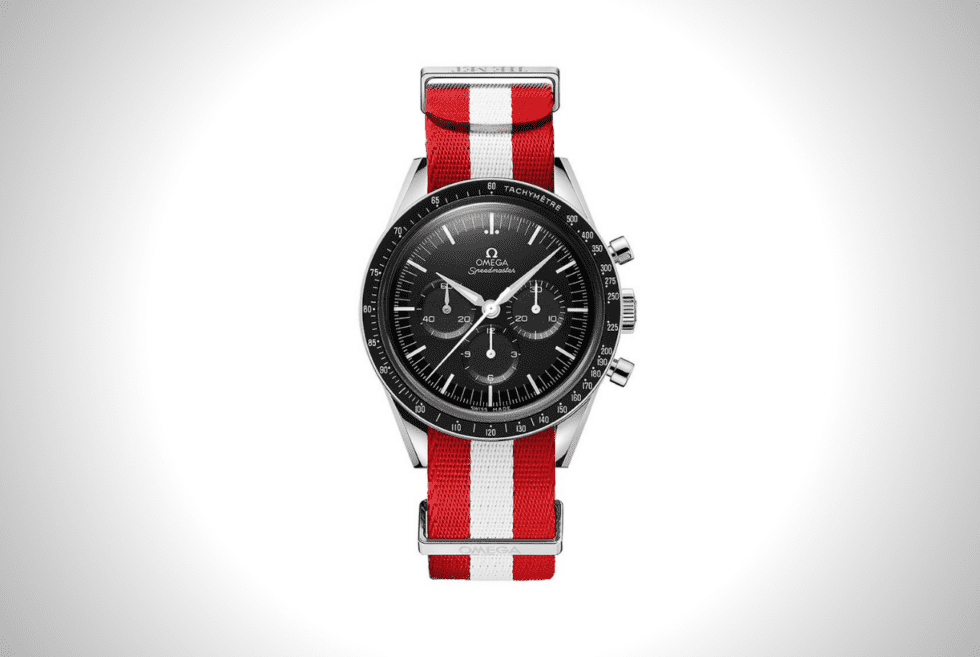 Omega has officially reissued its Speedmaster, dubbed the Omega Speedmaster Met Edition, in commemoration of the iconic Apollo 11 moon landing. In cooperation with the Metropolitan Museum of Art, Omega is set to release the watch. And after that, launch an exhibit called Apollo’s Muse: The Moon in the Age of Photography.

The “First Omega in Space” timepiece draws from the original Omega Speedmaster astronaut Wally Schirra wore during the 1962 Mercury Sigma 7 mission, as well as the Met. This variant bears a 39.77mm stainless steel case. It also has a black varnished dial, black anodized aluminum bezel, and a red and white NATO strap. That’s not only a chic color combo, by the way. It’s also a nod to the museum’s signature hues.

The watch features the Omega caliber 1861. That’s a descendant of the movement so robust NASA relied on it. The folks who headed toward the moon were on time’s side. Flip it over and you’ll find the Met’s logo etched on the case back, as is Omega’s Seahorse badge. The watch comes in a presentation box with an additional leather strap. It’s a massive splurge for $5,200, though. But if you’re keen on wearing something that not only is oozing with style but is also a resplendent historical document in and of itself, this is a must-have.

Hit the link below to check out the full listing plus shipping costs. Note that there’s no difference between the regular price and the member price, which is a shame.

The James Brand Updates The Barnes Knife With Damasteel Blade

The James Brand's the Barnes pocket knife now comes in a Damasteel Hakkapella DS93X blade and Micarta inserts for a grippy handle.

Girard-Perregaux endows the Laureato with a striking Clous de Paris pattern dial in a sunray copper design for a mesmerizing look.