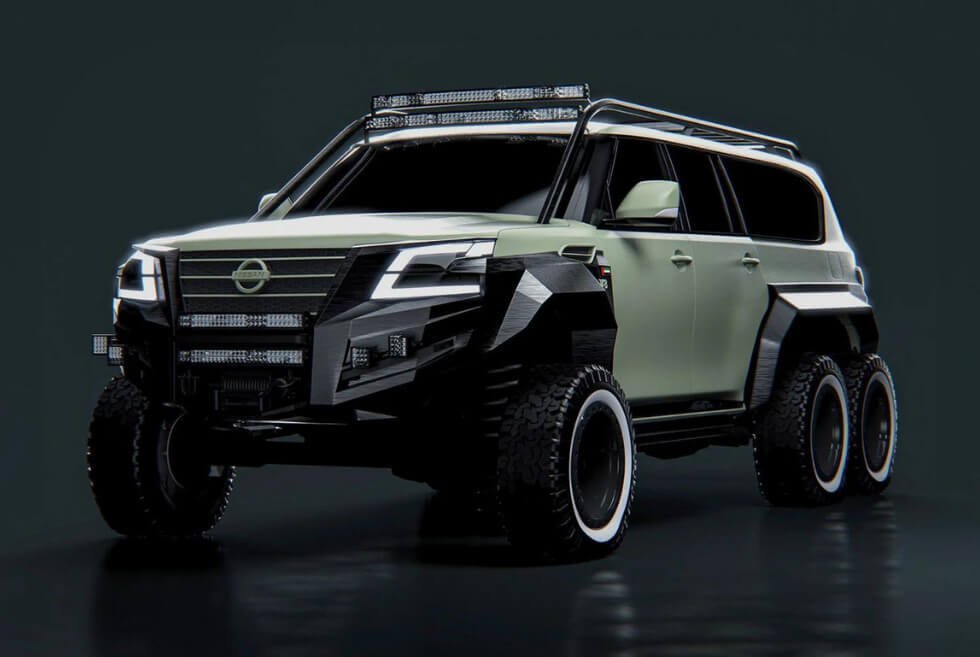 The Nissan Patrol is already a capable overlanding SUV, but others believe some tweaks can make it even better. This seems to be the case after a client from Abu Dhabi commissioned Nazar Eisa to design an even more intimidating version of the vehicle. Thus, we end up with a six-wheeler concept which hopefully makes it into production.

Unlike most of the proposals we’ve seen that usually end up stuck in development limbo, this project can become reality. There are aftermarket establishments that can lengthen the wheelbase and add another pair of wheels to your ride. The automotive designer from the UAE just needs to get in touch with the right folks.

Nissan’s rugged SUV is a favorite among the elite in Asia and the Middle East. The Patrol concept we see here looks more like an APV. The six-wheel-drive setup here makes it a perfect platform to handle any type of terrain. Technical details about this build are unavailable as of this writing.

Perhaps Eisa still needs to discuss the specifics with the future owner of this behemoth. Anyway, the SUV receives a major overhaul to its exterior as shown by the custom fenders and bumpers. In the event that this Nissan Patrol concept takes a tumble, the massive roll cage should keep occupants safe.

Then there are the LED light bars on the bumper and roof rack to ensure exceptional visibility at night. The designer presents this 6×6 Nissan Patrol concept in two paint schemes. There’s an olive green and camouflage coat to choose from. This SUV might see military applications based on the silhouette.

Discover more of his work